I saw on 1001 Noisy Cameras that Ricoh was throwing a party to celebrate the 5th anniversary of the Ricoh GR Digital and wanted to pay some respect here at Serious Compacts. 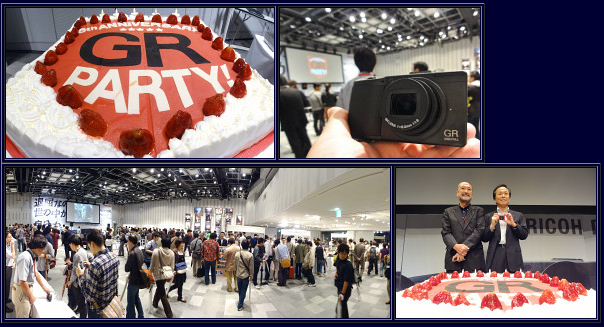 For those who don't know, the Ricoh GR Digital is in its third iteration. I wrote a review of the GR Digital II for Serious Compacts and have been making occasional posts about the GR Digital III while always intending to write a proper review when I have time to do justice to this excellent camera.

The GRD III serves as a sort of yardstick for me as I evaluate other cameras. For example, someone recently asked me whether the S95 offered a better grip than the S90. What immediately went through my mind was, "It's no GRD, but then what is?" Likewise, I was writing about the new controls on the LX5, and thought "Improved from the LX3 but not up to the usability standard set by the dual dials on the GRD."

I hate to sound like a cheerleader but can't think of much that can be done with present-day technology to significantly improve upon the GRD III. It isn't a camera for everyone, or even most people, but the GRD III is an outstanding execution of the fixed-focal length, small sensor camera ideal.

Of course, Ricoh been innovative and influential with other camera lines as well (for example, GX100 can be considered a predecessor of the LX3 and S90), but that is a matter for another day and blog post. Today, I just wanted to offer a belated "Happy 5th birthday" and best wishes for many more years of GR Digital!

Happy belated birthday to one of the camera companies that I need to learn more about!

Another speculation thread: Digital IS.