I don't know if this is because I really don't like them or I'm simply no good at taking them (and should make a point to practice). And I wonder, is there something inherently more natural to our eyes in the horizontal image? Or is it simply a matter of framing or content or purpose?

This question may be related to one's preference for image proportion - 3:2, 4:3, etc. To me, 3:2 is the wonkiest vertical format.

What do you think and what are your preferences?
R

So how do you you feel about square pictures?

Andrew, interesting start to a discussion.
First off, I love 3:2 aspect. It comes from my film days with the Leica.
Beings that I was raised in the USA with a TV nearby, I am very natural with 4:3.
For me, 4:3 is a more relaxed dynamic.

Vertical vrs Horizontal. This is 2 dynamic polar opposites.
Depending on the subject, the frame will decide either one. It was taught many moons ago that portraits should be in vertical. Going back as early as Kertesz, this was not always the case.
I think instead of ruling out verticals, you should do verticals. This will challenge your preconceptions and sense of graphic placement.
Just remember that what your dealing with is graphic tension. The finished image should actually just be viewed with little or no awareness of vertical or horizontal placement.
If you just rule out the vertical, you stifle your creativity and thus defeat your advancement in your craft.

Maybe do a series of portraits. Do them in both formats. Then change aspect ratios to further the creative challenge. It's easy to fill a head shot on the vertical but with the horizontal, more of the environment will come into play.

3:2 is undoubtedly my favourite aspect ratio. It is wide enough to draw your eye left-to-right (or up-and-down) without being in-your-face wide. 16:9 is great when you want to emphasise the width, but I would only use it in landscape orientation, not portrait. 4:3 works okay for me but I find it to be a more "static" aspect ratio, not quite wide enough to draw your eyes across it. If you overlay a 3:2 and 4:3 image the difference seems only quite minor, but I think that the way they each cause you to view the image is quite different.

I'm okay with 3:2 images in portrait orientation, but I don't find it to be quite as natural as a 3:2 in landscape.

BTW. I recently asked a question at mu-43 about aspect ratio preferences and it seemed the majority of opinion was for the squarer 4:3 format, which I guess is probably not a bad thing given that that is the native ratio for the fixed-aspect m4/3 cameras. All I can say is thank goodness for the multi-aspect sensor in my GH1!
A

Great comments. Don, you made me think of something when you said that you were taught many moons ago..., and that is that I have never been taught photography. Someday, I'd like to be taught, to find a real teacher or mentor, someone who can share what they know and advise me on what to focus on. We can all be self taught, but that is not the complete picture. With time so limited that day is far off (though my father would probably advise me that time is more limited than I think in a different sense...).

Nic, M43 is of course primarily a 4:3 format (though of course it is not limited to that) so it's no surprise that the preference you found was for that format. But I guess I wonder why Ricoh, who has a strong history in 35mm film, chose the 4:3 format as their default.

I just may practice this week and see what verticals I can come up with. A good challenge. I'm glad I asked.

And I'm ambivalent about square

Oh no, I meant that my preference is for 3:2, whereas opinion amongst other m4/3 users was mostly for 4:3.
A

Luckypenguin said:
Oh no, I meant that my preference is for 3:2, whereas opinion amongst other m4/3 users was mostly for 4:3.
Click to expand...


I got that. Sorry I wasn't clear.

Andrew, to clear the record.....
I never attended any college. I quit high school in the 11th grade to go to the Army and thus Nam. I got a GED in Nam. I made photos during high school and carried a Leica in Nam.
So, when I say I was taught anything, it means from mentors. Ding McNulty took me under his wing at the Phila Museum of Art. There, I met many masters and was able to learn from them. Being largely self taught has it's merits and also it's pitfalls.
If you think a teacher could shed light on your work, well, that's not going to happen. What your doing by questioning yourself is the best way to challenge yourself and learn.
Just keep an open mind and you'll find your way.

I love 3:2 and 16:9 in horizontal orientation; I think it comes much closer to mimicking the human field of vision (which according to wikipedia is around 180 degrees horizontally and 100 degrees vertically, which is a 1:8 ratio, or almost exactly the same as 16:9 which is a 1:77777 ratio), giving a much more immersive experience. Not just in landscape work, but also street shots etcetera, although 3:2 does have its charm in street work and people shots. 4:3 I don't really like when I use the horizontal orientation.

Vertically, I suppose a somewhat wider image is desired to avoid having a look as if you're peering through a narrow window. I do notice that since I've had my EX1 with its fully articulated screen, I've been making loads of vertical shots, much more than I used to. It seems to come quite naturally to me.

I also like to tilt the camera diagonally, so that either the vertical line or the horizon is using the maximum length allowed by the sensor. For this type of usage, 4:3 has the clear advantage that it leaves more room for the non-optimized direction (horizon or vertical line) than in 3:2 or 16:9.

Another vote for 3:2 and a preference for landscape over portrait. I think it is partly because it is more 'natural' - my eye scans across a view more than up and down a view.

I also wonder if this has something to do with the fact that many of us do most of our photo viewing in computer screens these days which are obviously more compatible with a landscape treatment. A vertical treatment on a computer screen leaves a lot of dead space either side and often requires scrolling.

I think vertical images in a museum or gallery are less obviously 'awkward' than they are on a computer.
D

I'm more of a 4:3 shooter myself. However, I like 16:9 for landscapes. I wish all mFT sensors would actually exist as 16:9, cropping down to 4:3 when necessary. At any rate, I find myself shooting a good bit in portrait mode.

I do a lot of portraiture on film in 1:1 not just because I have the gear but because I like composing with the square. In digital sometimes I visualize a square crop in advance, and sometimes I rescue (or hurt maybe) a composition with a 1:1 ratio crop in post. Of course 1:1 had/has some purely practical benefits like never having to flip your camera on edge to frame - with heavy gear and flash that can be a real benefit.

I'm not at all opposed to 3:2 on the vertical and often shoot that way. Usually the subject speaks to me about orientation and sometimes I see something I want to explore vertically on purpose even it it doesn't seem a natural fit.
P

whatever suits ... 3:2 is a bit long and thin for me generally, and I do like 4:3 very much ... but also I notice I'm starting to be able to see what aspect a particular shot is likely to be ... LR is very annoying inasmuch as if I set a different aspect in-camera, LR can't recover the original 4:3 image ... I always shoot at 4:3 ... I have noticed that more and more I am cropping to 5x4 in post ...

Great post and comments, here is mine for what its worth. When I go out to shoot I have absolutley no format in mind. In fact I tend to shoot wide (big) and then crop away in pp.
Even in cropping I wont tell myself is that 4.3 or 16.9... if it looks good I hit the enter button. I like none, I like all. I love 16x9 portraits with the subject way over on one side.
Love a square look. I suppose Im trying to say is that I just shoot first and let God sort them out, if you know what I mean.

Thanks for listening,
Cheers, Pete
A

Starting to practice vertical. This one is an Instax in Pt Reyes. 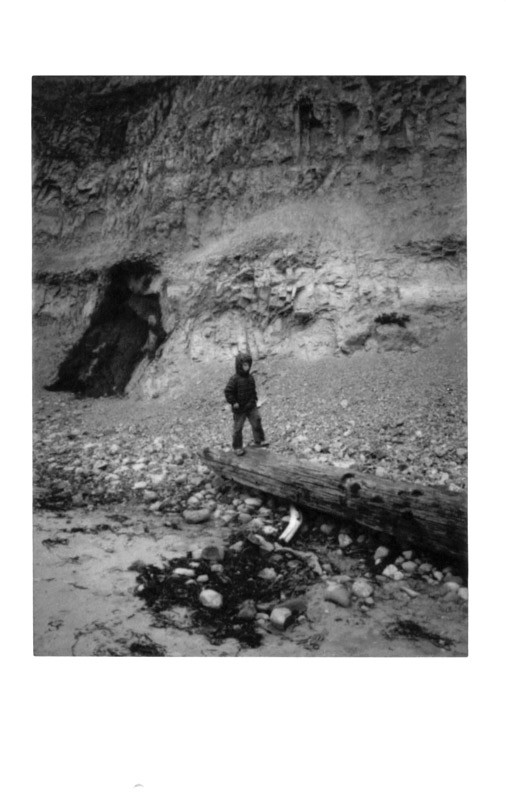 Andrew, that works very well. Your framing is right on.

This thread has been useful for me because it has made me think a bit more about what is usually a sub-conscious decision: the decision of what aspect ratio to use. I shoot both my GH1 and my Canons at 3:2 and while I think the framing draws me to see in a broader perspective, I'll still crop down to squarer ratio if the image suits it. While I find 3:2 less natural in a portrait orientation, it works if the image has a strong vertical element to support it. The following are some recent images I'd taken/processed in 3:2 vertical (I do note though that I had to search back a fair way through my flickr account to find them): 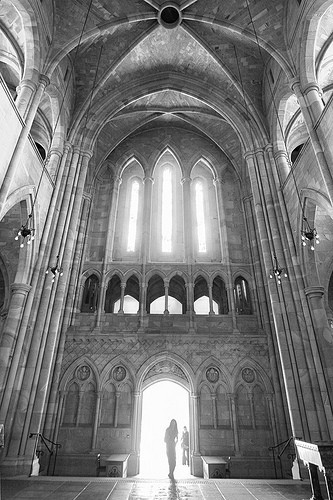 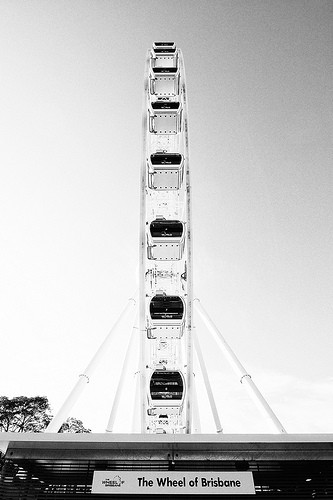 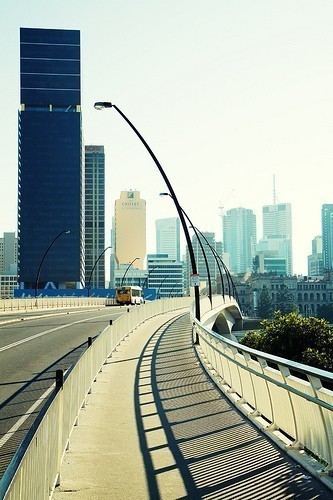 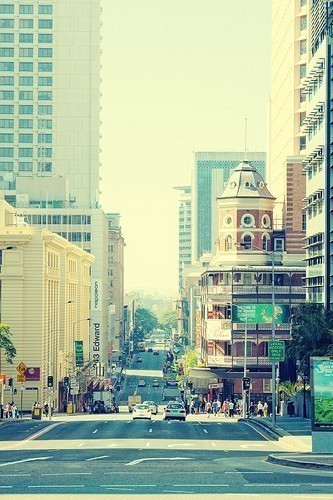 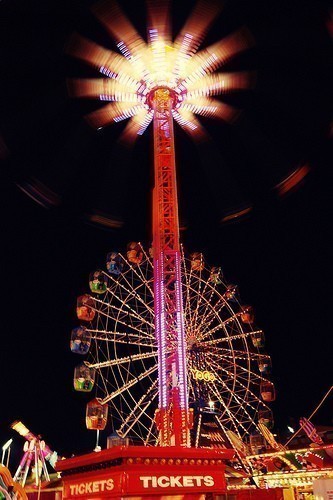 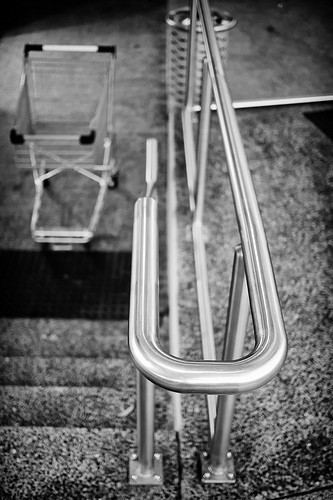 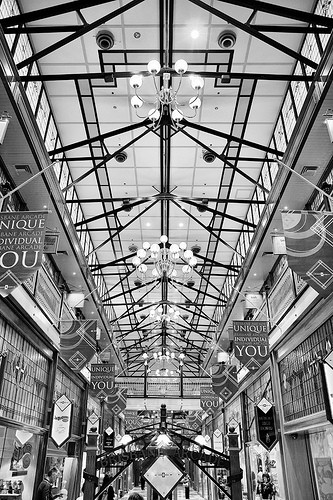 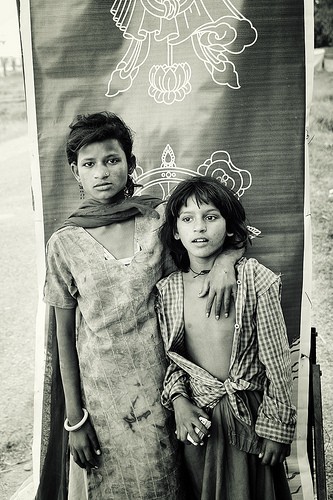 Nic, the last one is a lesson in itself.
Great image!
A

Wow Nic, now that's how to shoot vertically.
The last image is a show winner.