Pentax How do you like your Pentax K-5? And please show us some of your photos!

kyteflyer said:
Great little set, Andrew. Must say I am *really* envious of your 31mm but its never going to end up in my bag. I really think it (the K-5) is worth keeping... but I remain unsure of what it is that confuses you about the lens lineup? Is it the odd focal lengths?
Click to expand...

Yes, and it's not clear to me (yet) which are the outstanding lenses. The 31mm's focal length is an obvious choice for me, and it's a relatively fast lens. But to be honest, I'm probably perfectly happy with just the 31mm. Though I'll probably also get the 55-200mm for my kids sports. And probably the standard WR kit lens just to have a WR kit.

My intuition is to keep the K5 and learn it.

Andrewteee said:
Yes, and it's not clear to me (yet) which are the outstanding lenses. The 31mm's focal length is an obvious choice for me, and it's a relatively fast lens. But to be honest, I'm probably perfectly happy with just the 31mm. Though I'll probably also get the 55-200mm for my kids sports. And probably the standard WR kit lens just to have a WR kit.

My intuition is to keep the K5 and learn it.
Click to expand...

Do that. I had a terrible time when I first got mine. I had previously had a K200D, a Kx and a Kr. The K200D was the last to be sold, because I loved it to bits. ISO only went to 1600 but I didnt care, because I shot at 100 whenever I could, anyway. It was an entry level camera with many of the pro features you would only find on more expensive units (weather sealing, top LCD and more). It did not have live view which I used to bemoan, but now I have it, I rarely use it anyway. In any case, the K-5 was a huge step up from that, and I think its going to be a huge step up from any camera which isnt in the same category.

I was very disappointed at first, I wasn't producing the goods, and it wasnt because I thought the camera was no good, I just thought perhaps my skills were well below the camera's capacity... in the end, it was, quite simply, a matter of learning and practicing, and once I had no K200D to fall back on, it was that, or sell... and I didnt want to sell. I'm really glad I didnt.

Best thing to do is visit pentaxforums.com and the lens database, and then go to the pentaxphotogallery.com and have a look at the photographs taken with the K5 and the particular lens you might be interested in. There's some wonderful stuff there (and also some crap) and you'll get a good idea of whats best for your particular intention. Ignore photozone.de because they play down nearly all Pentax lenses, unfairly I believe: its not all in the numbers.

If you have strong hands and don't mind a bit of weight, the DA* lenses (I've got the 55 on my wishlist) and also some of the sigma lenses are worth a look.

You may remember that I wrote a review of the K5 last year for SeriousCompacts and really enjoyed using the camera. I said I would purchase one if I had a need for a DSLR. Well, that time has come. I purchased a K5 with the 21mm f3.2 limited lens (got university pricing which was simply too good to pass up). I'm now looking to purchase a "normal" focal length lens (I typically like a kit that includes a wide angle lens in the area of 28-35mm and a normal lens at 50mm).

I'm wondering if you K5 owners out there have any opinion regarding the FA 31mm f1.8 vs. the FA 43mm f1.9 lens? I know the 31mm is more expensive but has anyone actually compared these two lens. They seem very close to each other in focal length, large f-stop, etc. Obviously the 31mm (with an actual focal length of 46.5mm on the K5 vs. an actual focal length of 64.5mm with the 43mm lens) is closer to a typical normal lens but I also wonder about image quality. For comparison, I used to have a Canon 50mmL f1.2 lens on my 5D which I absolutely loved (the images, not the weight). I'm thinking perhaps that the 31mm might give me some of that creamy magic back. Thoughts, comments are all appreciated.

Hi Paul! I no longer have the K5 and never used the FA31. I did have the FA43/1.7 and also had the FA35/2. From a focal length stand point, I felt that the FA43 was a bit long for me. From the IQ standpoint, the FA35/2 was every bit as good as the FA43, even though it was not a Ltd lens. I was going to buy the FA31 originally. But then, I looked at Photozone's tests, which indicated that the FA35 was no slouch compared to the FA31. I ended up picking up the FA35 and had no regrets.

I went through quite a number of lenses with the K5, and THE only lens that I kept until the very end (when I sold the K5) was the FA35.

On this thread, I posted several photos with the K5 + FA35 combination.

ps: While the FA35 was supposedly discontinued years ago, last I checked, BH is still selling "new" ones. Weird. I highly encourage giving the FA35 a try. Great performance to cost ratio.
A

I'm fairly new to the K5 as well and I have the 31mm. Gorgeous lens, but the one issue is that it shows CA at wide apertures. Nothing has ever compared to the 50L I had on my 5D as well, simply because nothing has been f/1.2, but I'd say the Pentax 31mm is in that league. Really, I like it and the focal length is nice. I don't have the 43mm, only the 50-135 and 100mm macro, both of which are fantastic.

The FA 31mm is a very high quality lens. I thought I had some examples online to share, but I don't yet.

You should also check out reviews on the Pentax forums: http://www.pentaxforums.com/lensreviews/

I picked up the FA 31 for my K-01 recently and think the lens is great. It is fairly chunky and heavy, though...quality construction. I have not used it yet in a situation where CA would come up, so I can't comment on that. I was also considering the FA 35 and I may have gone that way first if I had talked to Armando before the purchase (plus size and price factors).

Here are a couple of my K-01 / FA 31 shots I took when I first got the lens. It was an overcast day. No processing other than default LR raw conversion (25 sharpness).

Thanks for the feedback and recommendations. I've decided to give the 31mm a try and see how I like it (I think I will based on the sample photos I have seen). I also purchased the 18mm-135mm f3.5-f5.6 lens just to have a lens with some reach that is also weather resistance. Thanks again for the suggestions and help. Much appreciated!

I had a bad experience with my 18-135. Image quality was good enough for me, inspite of some bad reviews about it. AF was fast and silent. And it's not much bigger than the 18-55 kit lens. Unfortunately, I got a bad lens that would not auto focus on certain situations at all from 19mm to 134mm. So I had to take photos either at the widest or longest sometimes! It was the strangest thing!
A

Armanius said:
I had a bad experience with my 18-135. Image quality was good enough for me, inspite of some bad reviews about it. AF was fast and silent. And it's not much bigger than the 18-55 kit lens. Unfortunately, I got a bad lens that would not auto focus on certain situations at all from 19mm to 134mm. So I had to take photos either at the widest or longest sometimes! It was the strangest thing!
Click to expand...

That is bizarre. I have the WR 50-135mm lens, but nothing WR wider than that yet.

Although I found the 31mm to be a nice lens, it just made the camera too large. Also the 50-135mm lens, while a nicer kit-type of lens, just felt strange using in practice (I'm a prime lens sort of guy). I returned both.

I finally settled, at least for now, on the 21mm f3.2 (which is closer to my preferred focal length) and the 40mm f2.8 (I would have preferred the 43mm lens but you can't find one and besides, the 40mm is sharp starting at 2.8, the 43mm needs to be stopped down to reach optimum sharpness, according to reviews). These lens aren't the fastest available but the pancake size fits my needs better and with the high ISO capability of the k-5, I should be able to take photos in most situations before needing to use a flash.

As an aside, I find the flash on the K-5 to be pretty good. I've been using as a fill flash only and because of the high degree of flash strength settings possible, I find it works quite well for this purpose. 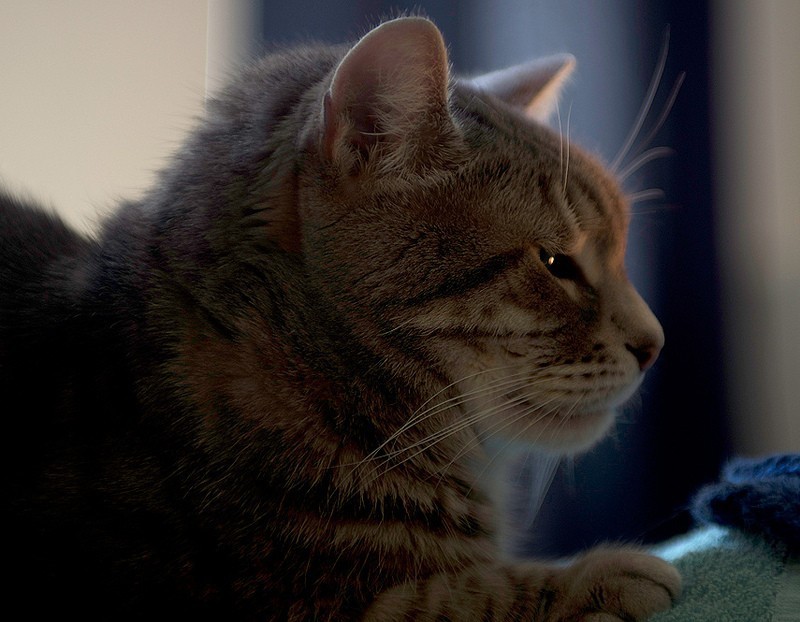 Pentax Tell us all about your Pentax Q - and please add your photographs!