Film How many film cameras do you have...

In my own space, re grouping and venturing further and further into HiBW


pdh said:
Will!
Where have you been?
Click to expand...

well it's jolly nice to see you again.

Thats very kind of you, thanks
Nice to be back


pdh said:
well it's jolly nice to see you again.
Click to expand...

Pim said:
I sold my last film cameras last year, a Yashica T4 and Rollei AFM35. Both great litte machines, I always especially liked the Rollei... simple but purposeful camera, beautiful build and great lens. I would love to see a digital version of a camera like that... I just don't shoot film anymore, although I do sometimes miss my darkroom that I used to have, there is something special about seeing that picture come to life in the chemicals.. 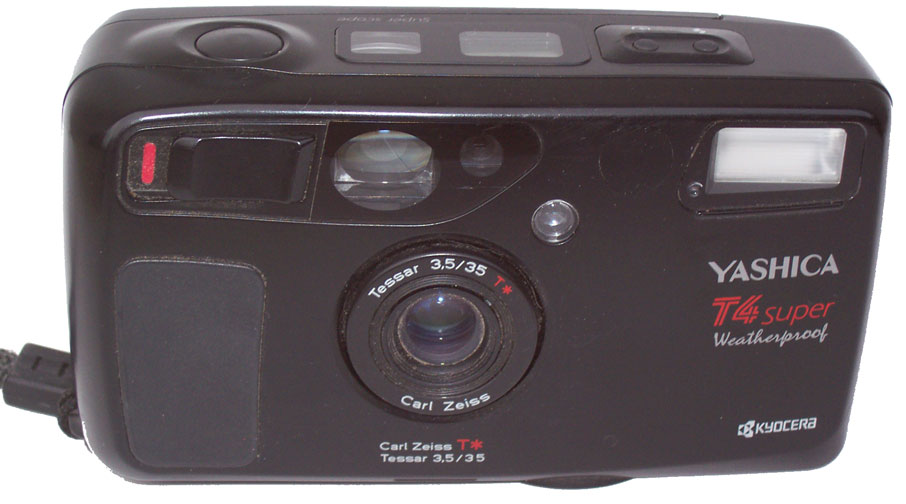 I haven't had any film cameras or film in several years. I'm not exactly sure when I got my first cheap digital P&S, but I'm almost certain my last film camera was this same or similar Yashica T4 that I bought for bike touring. I think the last time I used it was probably 2000, or maybe 2001 - I specifically recall a ride of the Cabot Trail on Cape Breton Island in 2000 that this was my camera for, in addition to tours the previous couple of years. The next year I did a tour in Wales and I think I may have had a digital by then but I may have still been shooting the T4. In 2002 I did a tour of the Finger Lakes and I'm almost positive I'd gone digital by that time just based on the sheer volume of photos I have from that tour - that must have been the "NO MORE FILM COSTS"! turning point for me. Although the first time I specifically remember a digital camera on a bike tour was a tiny little Pentax Optio S4i during a couple weeks of mtb rides around the Moab area in 2004. I still have that camera - its remarkably small - almost like a spy camera. I have the battery and charger but at least the battery has been dead for awhile - no idea if the camera would work if I could fire it up.

I don't recall when I finally ditched my last SLR. I had a Nikon FE2 in the mid-80s and at some point bought a Maxxum after they'd worked out some of the initial AF bugs. That was the first camera I owned with anything automatic other than aperture priority exposure, which the FE2 had. I have no idea when I finally ditched the Minolta but it must have been sometime in the mid to late-'90s when I realized I hadn't used it in a number of years.

Of those of you who are still shooting film, how many come from the film days and how many of you got into photography in the digital age and just wanted to check out film to see what it used to be like? I loved film, but having gotten into digital, I don't ever see myself going back to doing darkroom work. And short of that, for me, there wouldn't be any point in it...

Ray Sachs said:
Of those of you who are still shooting film, how many come from the film days and how many of you got into photography in the digital age and just wanted to check out film to see what it used to be like? I loved film, but having gotten into digital, I don't ever see myself going back to doing darkroom work.
Click to expand...

I shot film from age 11 to about ... hmmm ... age 45.
During that time I never once developed or printed my own film. Not once in 30-odd years. I used my Werras and then a Pentax SLR and then an Olympus mju-1 just like people use digital P&S.
I made some nice pictures and some nice snapshots.
then a bit of a hiatus
In 2010 I got an E-P2 and started to take a lot of photographs.
In 2012 I started to think about film again, missing the tones of black and white, only getting close with the DP2s.
I had a lovely 35mm Summicron that I had bought for the E-P2 but ended up disliking the angle of view - so I bought a Bessa R2A on which to put it, and started shooting film once more.
Pretty soon started developing and scanning myself, and then someone gifted me an enlarger, so I've started printing as well.

I loved digital because I could have control from shooting to presentation on screen ... but I couldn't face the palaver and expense of buying and maintaining a decent printer.
Now I have control from beginning to end, I can still put stuff on the web, and the 0.001% of my pictures that are "worth" having on paper, I can have on paper.

But unhappy to be taking Kristen's thread off at a tangent

Of the cameras that I bought, I only have one left, a Mamiya 6. Probably my most favorite camera I have had the pleasure to use (my Horseman SW612 was a really close second). I keep it for sentimental reasons and also it would not be worth much in its condition. I have my grandparents Brownie and my father's Polaroid Land Camera. I also have a Ikon 9x12 folder with case and holders. I have never shot any of those. I do have two color enlargers if anyone is interested--medium-format and 4x5.
F

I have no cameras loaded with film and no intention of going there unless I find a nice M2 or something similar. Or maybe something completely cool like a Speed Graphic. I've got an Olympus XA and some old cheapy Canon EOS body somewhere.

There were many cameras I really didn't want to sell when I went digital. But I knew that I'd never use them in anger and they were better off with someone who loved them. I do still miss my Xpan, Mamyia 7II and Hassleblad 503 kits though. They were so much fun to use.

Ray Sachs said:
Of those of you who are still shooting film, how many come from the film days and how many of you got into photography in the digital age and just wanted to check out film to see what it used to be like? I loved film, but having gotten into digital, I don't ever see myself going back to doing darkroom work. And short of that, for me, there wouldn't be any point in it...

I shot film from when I got my first camera in 1977 until 2004 when I purchased my first DSLR. I was a late adopter of digital, but I jumped with both feet and did not look back. In 2007 I sold my main film camera outfit at that time, a beautiful Contax G system, because it had not been used once in the three years since I had gone digital.

The reason why I enjoyed digital so much was that it finally liberated me from the tyranny of commercial film development labs. I am a firm believer that a photo is not a photo until it has been committed to paper, and I bought my first photo printer only a couple of months after I bought that first DSLR. The Photoshop and printing learning curves were fairly steep, but before long I was making prints that were better than anything I had been able to get from commercial developers.

I did not get back into shooting film until the end of 2011. I bought my first scanner around that time and starting digitizing some of my old negatives and slides. I was amazed at how good the prints I made from the scans looked compared to some of the lab prints I had originally gotten. It was then that I decided to take a couple of my old film cameras for a spin. I decided that I liked the look of film, and since now I could scan my negatives, I also had the control over the final product that I did not have when I had my film commercially processed.

In the beginning of 2012, I bought the Leica M6 which, in my opinion, is the loveliest camera I have ever used (besting even the M9). The Rolleiflex followed later in the year.

I continue to shoot film because there is something very special about the tonality and texture you get from traditional black and white film, particularly in medium format. Additionally, I enjoy film processing. I am still amazed when I unroll the finished negatives after fixing and washing and see the images. It still seems like a miracle to me.

Digital and being able to manipulate the images from start in camera to finish in print is something that I really do enjoy. I want to get into developing film and have had some excellent advice on it but thus far no opportunity. Clearly I need to finish shooting first too! Best of both worlds really though I figure I will likely scan my negatives at the point I get a scanner that can do such rather than actually printing them the old fashioned way on paper.

What surprises me Antonio is that you said your old films when scanned looked different from your prints.. I have so many negatives you have me wondering now if they really would look different.

Isoterica said:
What surprises me Antonio is that you said your old films when scanned looked different from your prints.. I have so many negatives you have me wondering now if they really would look different.
Click to expand...

I'll give you one (albeit extreme) example. This is a photo I took in 1997 using Kodak BW400CN chromogenic B&W film and developed by Kodak (or one of their subcontracted labs): 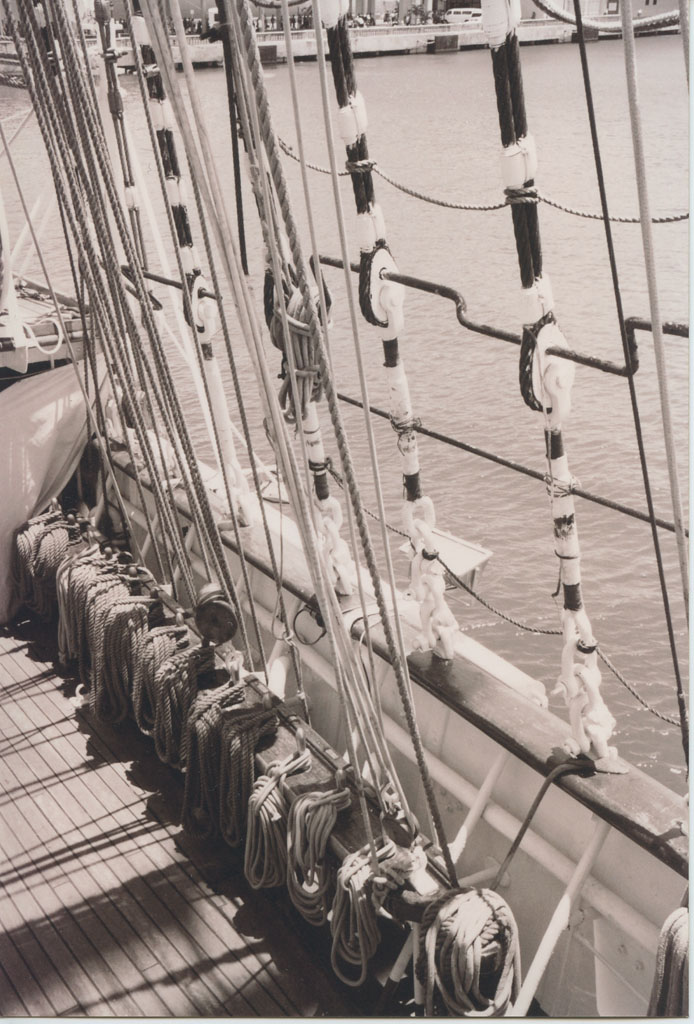 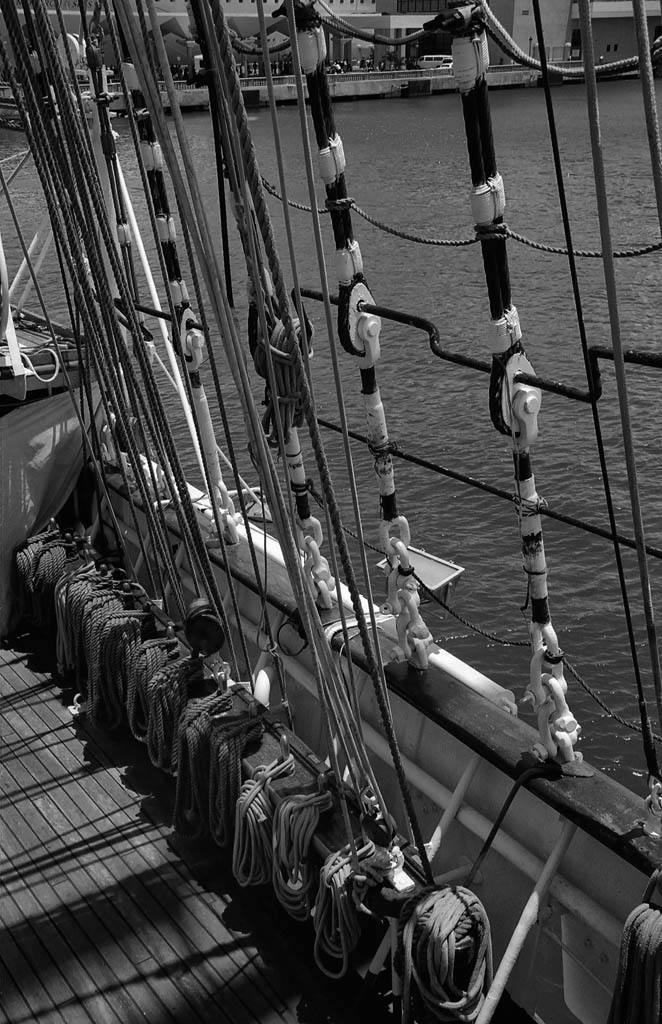 Trust me, the original print looks just as bad in person as it does on screen. And it's not that it has faded; it was always this bad. The sepia toning was not something that I had requested, nor the cropping.

I remember throwing this set of photos into a drawer when I got them from the lab because of how disappointed I was.

If your negatives are in good shape, you will be amazed at what you can get from them.

WOW thank you for that, I will have to look them all over but won't be able to do much until I have a scanner. All has been kept well.
K

About a dozen camera's with film and maybe 20 rolls waiting to be developed.

Film Where do you buy film?
2

Film What film do people have 'in progress' ?
2

Film The 35mm film cameras I do use

Film How to unfreeze film?