The parts needed: Patterson System 4 tank and two adjustable nylon reels. You will also notice two pieces of plexiglass in this image... a rectangle and a donut. 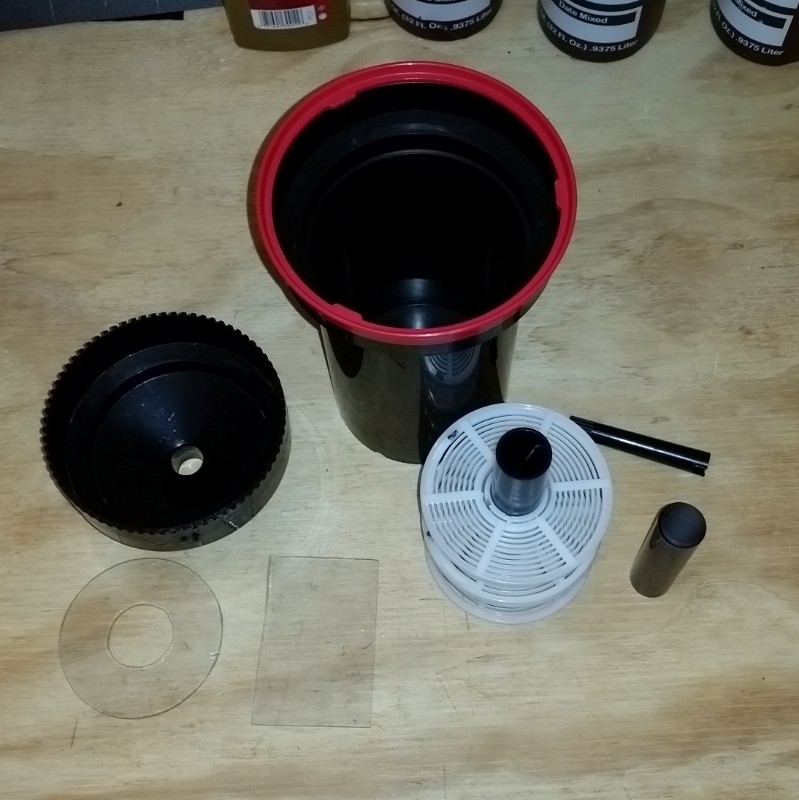 This method uses off-the-shelf nylon reels, and two custom-cut pieces of plexi. The square piece is to position the reels once they have been prepared, the donut to space two pieces that are mated in an unusual fashion (more about this later):

The first step is to remove the reels from the fill tube and separate them into their 4 parts. Only 3 will be needed for this method. 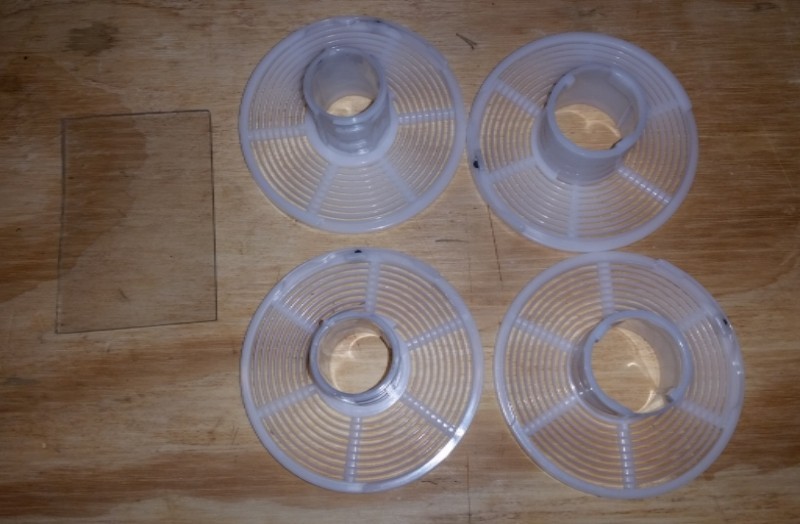 Place the custom-made donut over the center portion of the 'inner' segment of one of the reels: 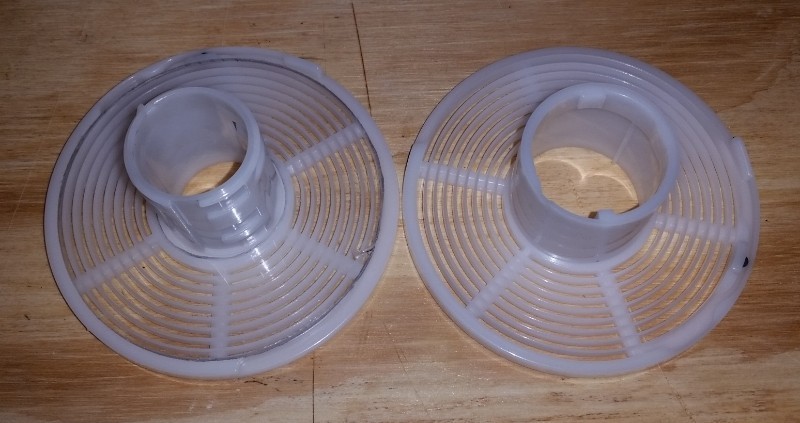 Take one of the outer' reel segments and place it on the 'innerr' segment, only ---backwards---! 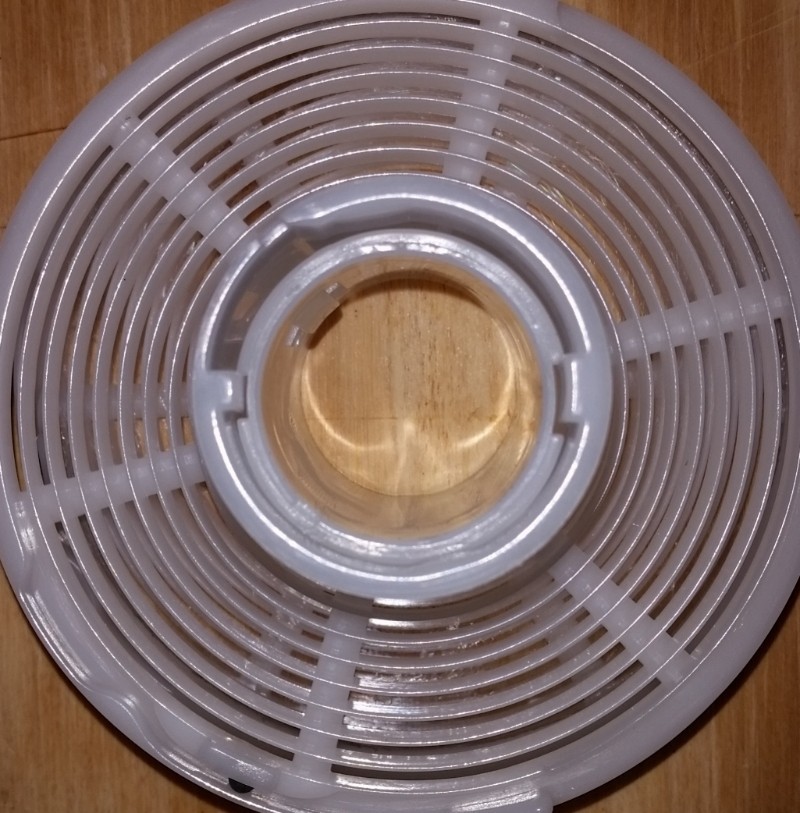 Apply enough pressure to overcome the resistance, and the two segments will pop together. The plexi donut will be the creamy center of your 122 Oreo. 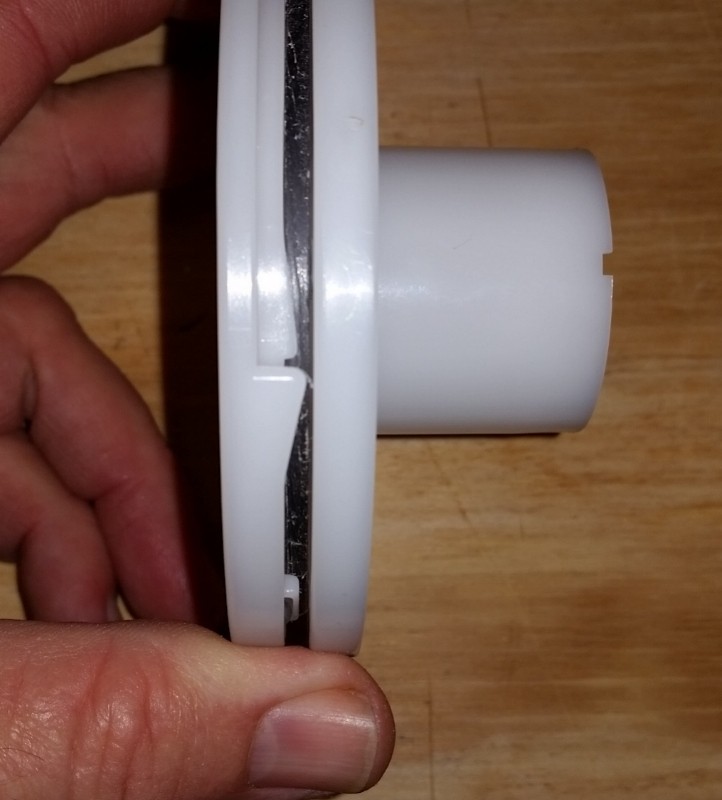 The purpose of the donut is to keep the two segments parallel. Without it, the little feed tab on the left portion of the reel will cause the right part to skew. This will make feeding your 122 film into the final assembly impossible.

Now slide the single 'inner' part of the other reel onto the fill tube, making sure it's pushed all the way down. 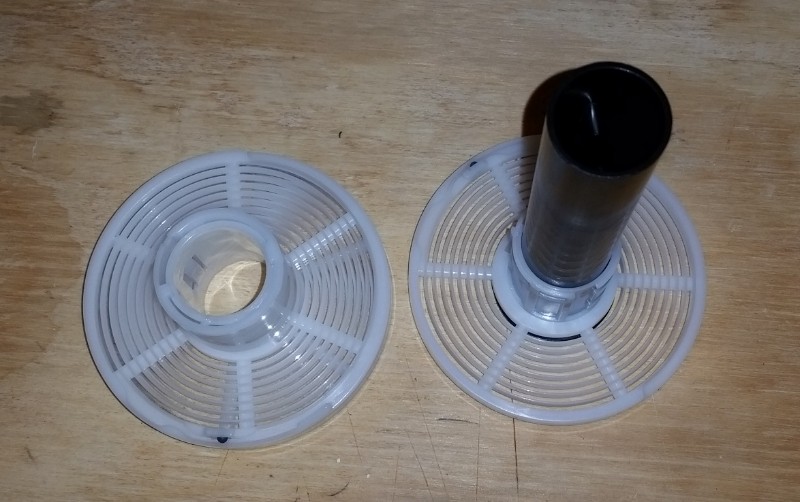 Slide your Oreo-cookie assembly part of the reels onto the tube, making sure to line up the parts you feed the film into. 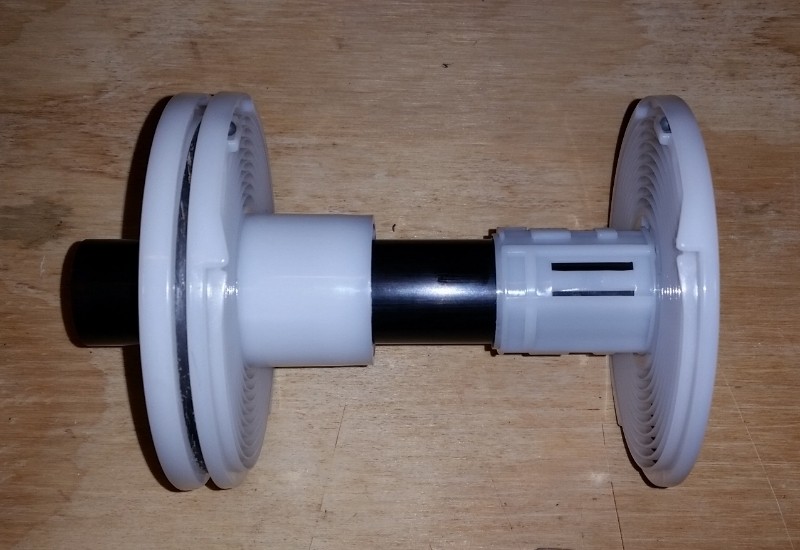 This method works if there's enough friction between the reels and the fill tube to hold everything in place. If your reels slide too easily on the fill tube, just use a little masking tape to fill the gap and tighten things up. Now for the square piece of plexi. I cut that out in order to space the two reels apart at the perfect distance to accept 122 film. I just set it in, push the Oreo portion down, and presto! 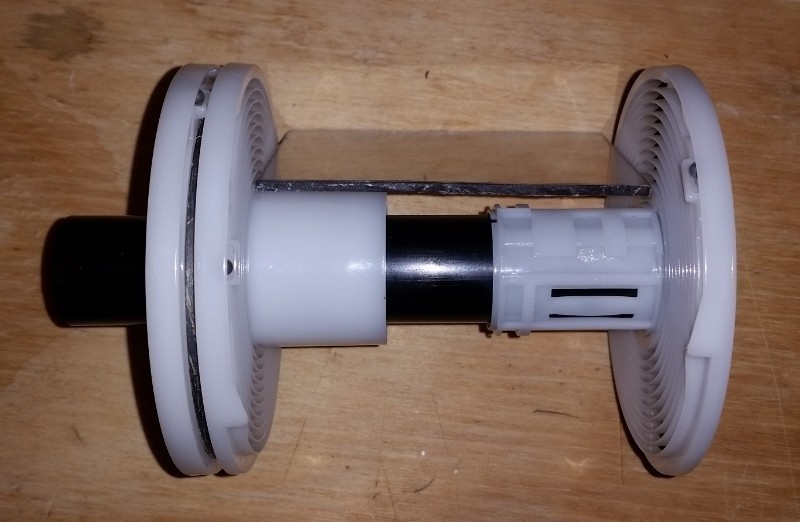 My custom reel assembly is ready to load. I keep this piece of plexi handy when loading as I may accidently move the reels on the tube. So having it ready in the dark makes it much faster to load the film in the dark if need be.

Now for the REALLY fun part..... loading the film. Since this film has been rolled up for at least 40 years, it doesn't want to unwind very well. So I found that pulling it into the reels to where it's past the ball bearings is the best way to start the film into the reels. Trying to push it in will only cause it to curl up at the corners and slip out of the reel. 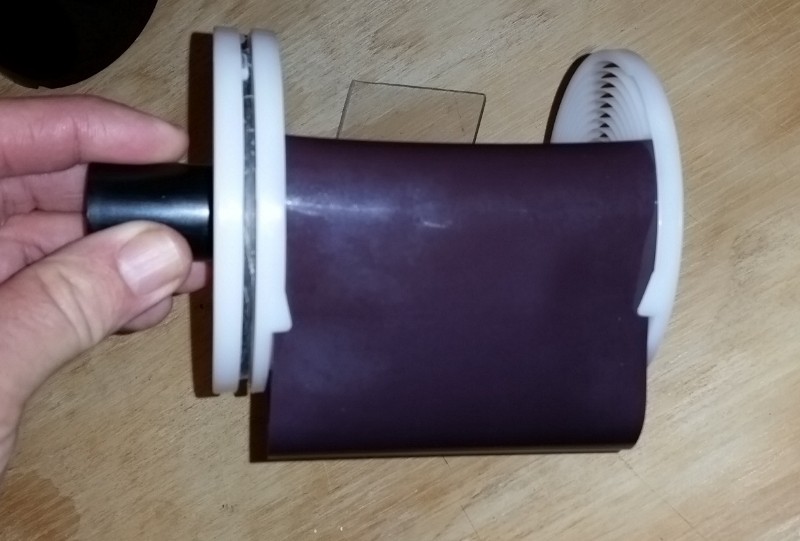 Once the film is past the ball bearings, you can ----carefully----- twist the reals like normal and the film will load as usual. I find sticking my pinkies into the unloaded film prevents the tightly-wound part from getting too close to the start of the reels and causing it to jam up or stop feeding. With a bit of patience, the film is all loaded onto the custom reel and ready to be put in the tank. 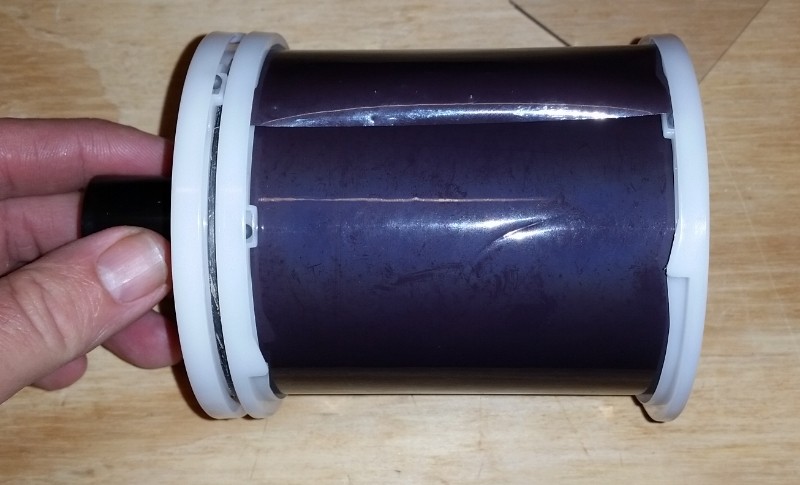 One must be careful when handling the reels and tank once the film is loaded. Bumping it or shaking it too hard can move the reels and cause the film to come out of the spiral. So don't get too excited and treat everything with kid gloves. Tapping the tank should be done lightly during developing. I find 750ml of soup is sufficient.

With a lot of patience, and a tad bit of luck, you'll have your 122 film developed. And the nice thing is, not only did you do it yourself, but all the equipment can easily be reverted back to it's original state. So you can STILL use the reels for 120 or 135 film!

That's very clever. The couple of times I've needed to do that, I've slopped the film by hand through large tanks (carefully so as not to scratch the emulsion)-- messy, but I got good negatives out of it. Your solution is much better.
You must log in or register to reply here.
Share:
Facebook Twitter Reddit Pinterest Tumblr WhatsApp Email Link

Film How to unfreeze film?