How's weather at your place?

gryphon1911 said:
yes, she did have it inspected
Click to expand...

The joys of finding an inspector who actually inspects. First place I bought the inspection was a required but worthless formality. Only item out of a stack of issues that it caught was hair in a drain which I removed in about 10 seconds—would have been much more effective to, say, put the money towards concrete I needed to pour. The way the market's been going where I am you pretty much have to inspect a place yourself before deciding whether to make an offer anyways.


tonyturley said:
We've had to deal with a few through the years, including once on a day very much like today.
Click to expand...

One place I rented had a flat run under the house for the kitchen sink's drainpipe. The owner had installed an outside port for cleaning it, which wasn't fundamentally a bad idea I think, but it was uninsulated. So eventually the pipe split and started dripping. Into the insulation of a heating duct, meaning the water ran into the furnace and killed the control electronics. We had a few days of no heat in winter whilst waiting for a replacement furnace which could fit through the floor hatch to the crawlspace to be trucked in. Pulling the old furnace and wet fiberglass up through the hatch was, um, fun. 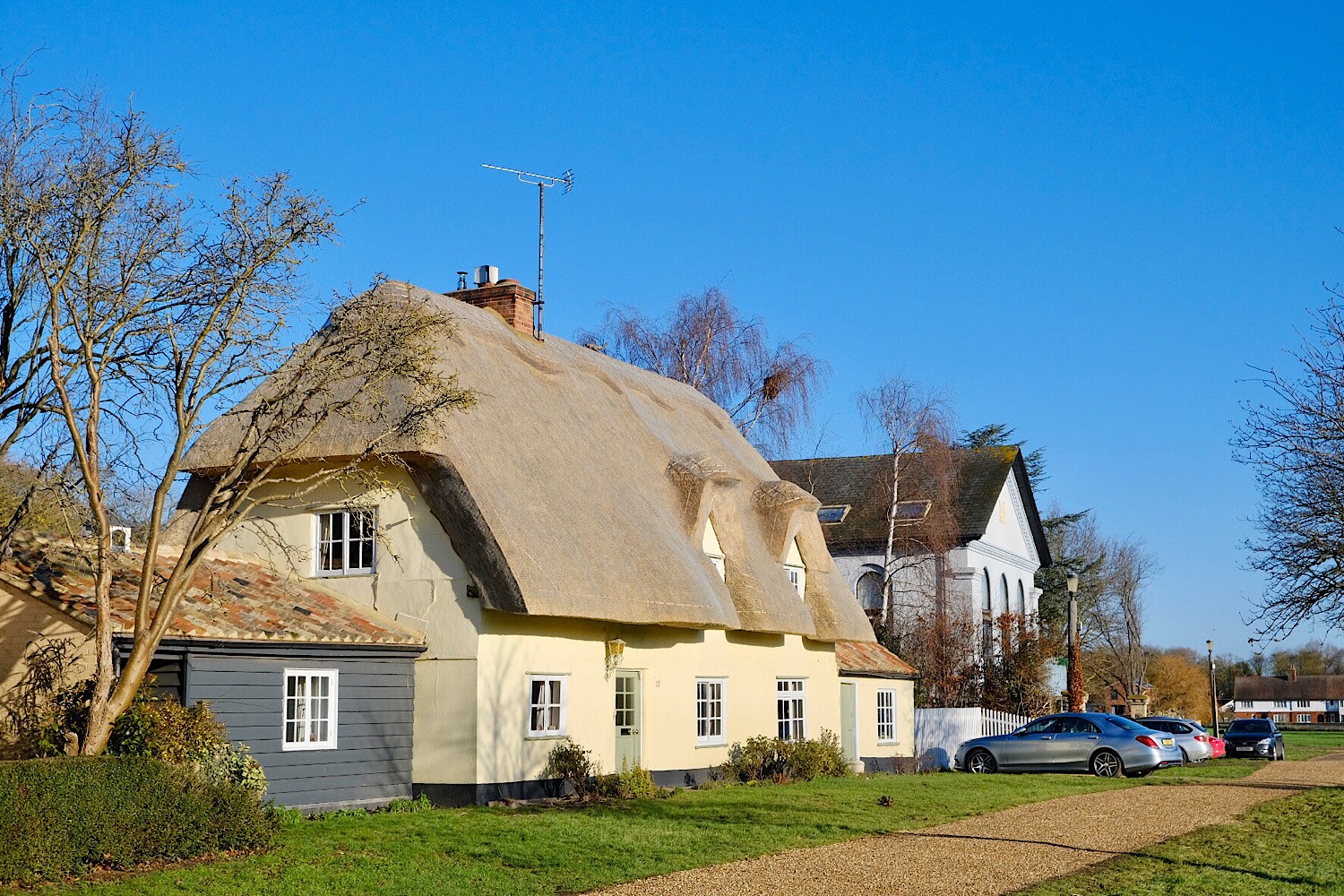 Pool is 30.0 °C as the pool heater has turned itself off (thermostat).

UV is horrendous outside! Nearly fried checking the letterbox. It's all of 6-7m from the front door ...

4x reverse cycle air conditioners working, set at about 26 °C.
The solar panels are almost keeping up (6.6 kW output ATM) as they do not like this kind of heat either.

I think I will watch Netflix until late afternoon or after sunset ... .

Yep, summer has finally arrived in Melbourne!!!
Less than three weeks ago I was waltzing around the house [ducted heater going] wearing a thermal, three extra layers, UG boots and a beenie!

<3°C here this morning again, and overcast. Not raining, but is forecast for this afternoon. 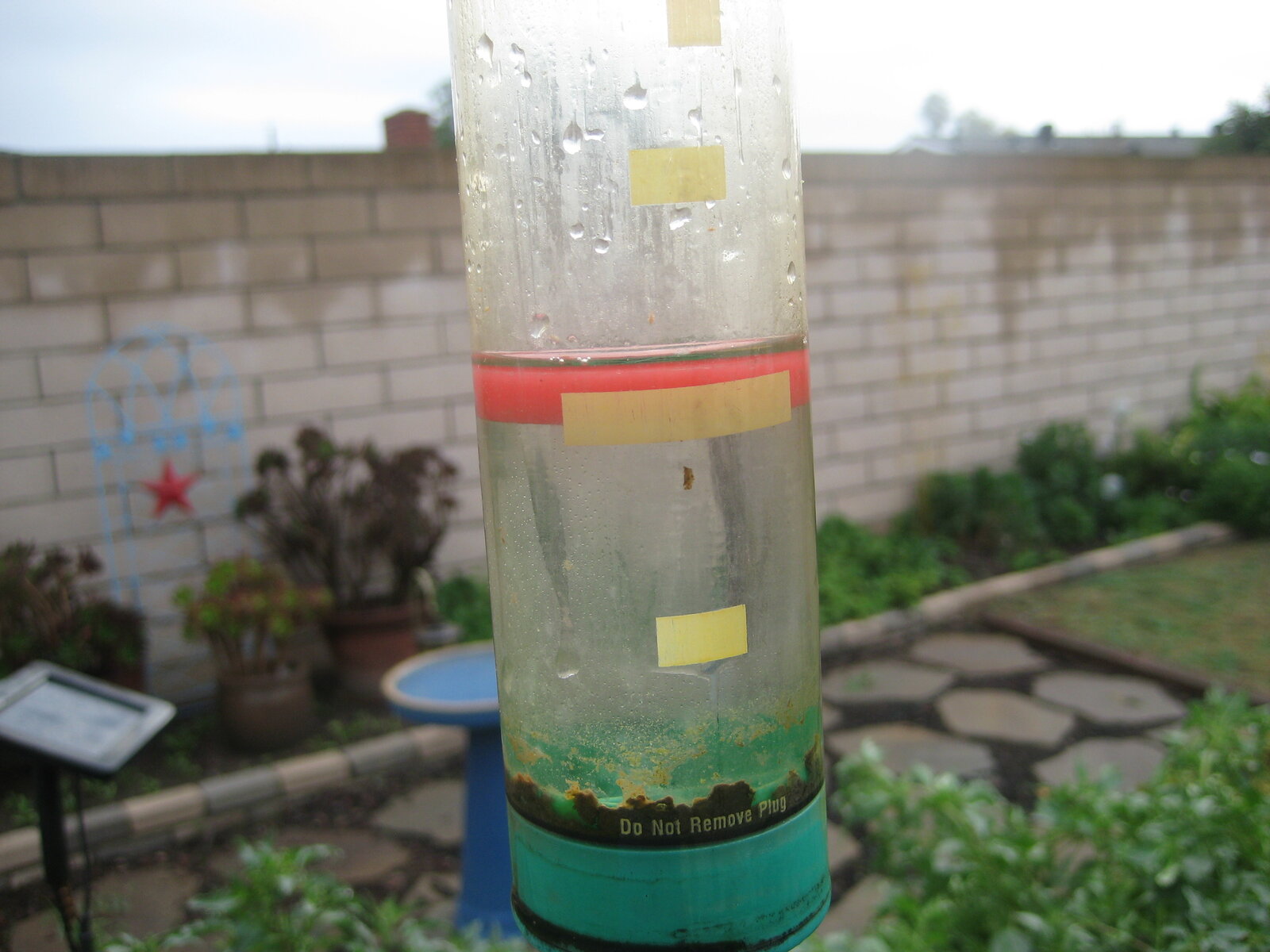 Subscribe to see EXIF info for this image (if available)
Not complaining, we need the rain.

There's also an extreme UV warning out ...
And we are due for daily planned rolling blackouts from 10pm till 12:30, ushering in a dark New Year for us and grinding parties to a halt... Cheers! 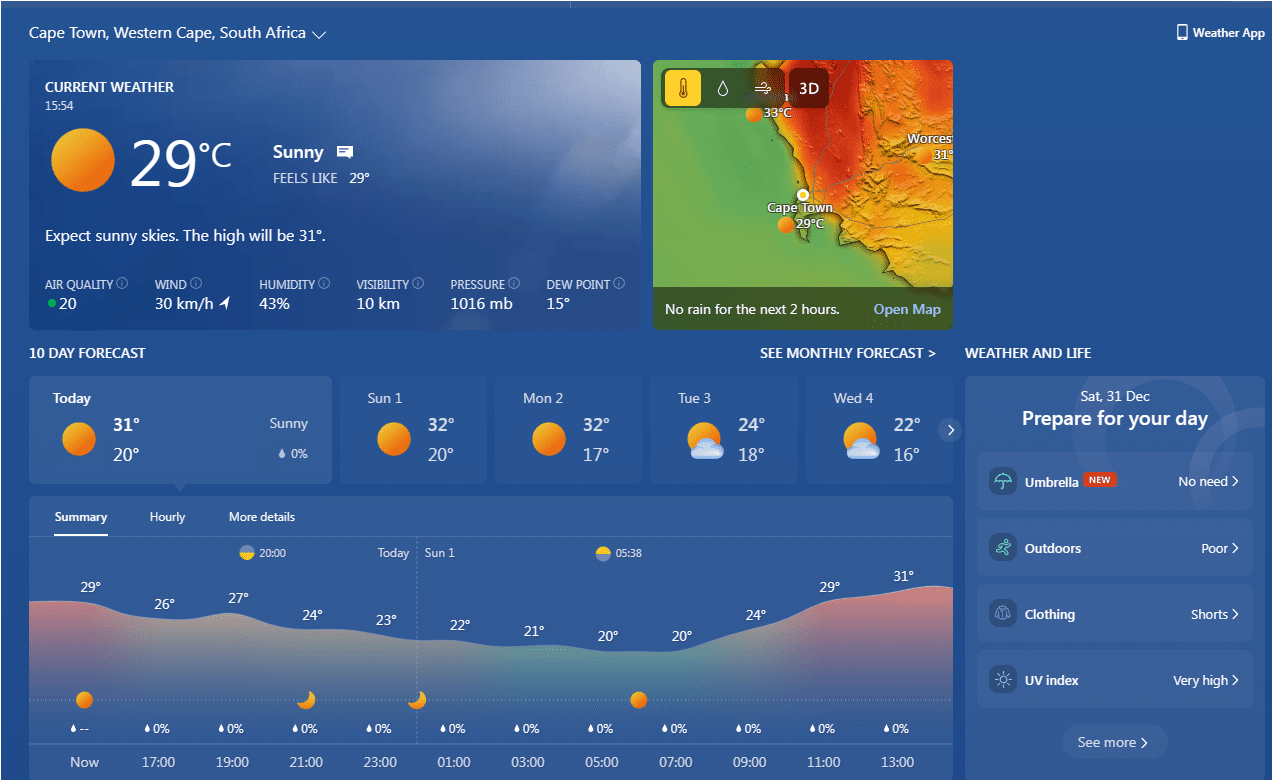 Slightly cool and rainy after two very nice days, but still way better than the deep freeze we were under this time last week.

LOML are spending the New Year in Williamsburg, VA this year. It's foggy and damp this morning.

We're building a house here in Ford's Colony and thought we would come down and look around some more.

Gray, wet and 'orrible! Added to which we have a problem with the boiler - a part has developed a split and cold water is piss...persisting out! Bucket underneath to catch said water, but nothing can be done until Tuesday: Happy New Year everyone!

Andrewmap said:
to which we have a problem with the boiler
Click to expand...

Of course! It's December right? This time last year my house had water pouring through the ceiling and by the skin of my teeth, we didn't have to move out whilst renovators took 6 months fixing everything. I'm amazed that the month's nearly out and I haven't encountered any disasters (must be a one off).

We just went through a period where -20C was sometimes the high for the day. No, that is not a typo. Fortunately it has moderated somewhat and we are -8C as I write this, and it has been above 0C highs a few days over the last week. These are unusually cold, but not unheard of temps here at this time of year. On top of the cold, we have near record snow for the season thus far, and most of it is still on the ground. Any more substantial snowfall and I honestly do not know where we will put it as it is already stacked quite high. Fortunately we usually have a bit of a thaw in January, then a bit more but less severe winter until March or April. Hopefully it shows up this year.

It is interesting to note that when we went through an oil boom period about 10 years ago, a lot of contractors from warmer regions came to work in the area. Apparently they were a bit taken aback, as houses here are built much sturdier, presumably to take the extremes of weather we have. One does not want to engage in repairs of any kind at this time of year, though it does sometimes happen of course.

We've had temps in the mid 60s F this week, with skies bouncing back and forth between rainy and gloomy, sunny, windy, and sometimes all at once. It seems someone got confused: 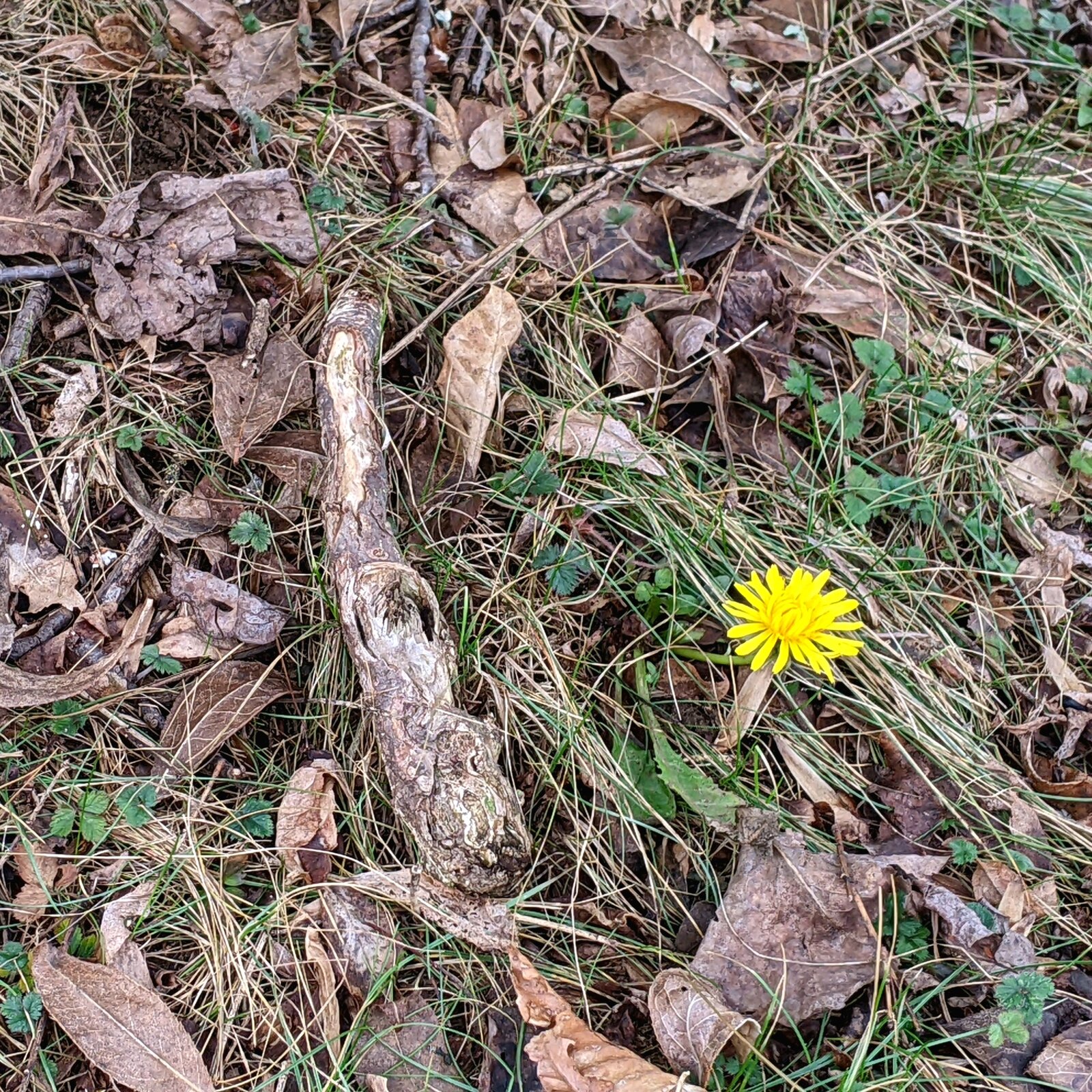 The picture I just posted in "Stroll--seen while strolling", tells the current Minnesota weather story rather well.

My back yard due to the super freeze, then the 3 straight days of rain has now become a swamp.

It’s just miserable all around. 3 days without sunlight for a not fun.

I think we are out of it tomorrow, finally and should have a few days of no rain and some sun.

We had over half an inch last night and are getting ready for a blockbuster of a storm later tonight into tomorrow. Seems I missed the focus, or rather the camera did. I guess my arm wasn't long enough. 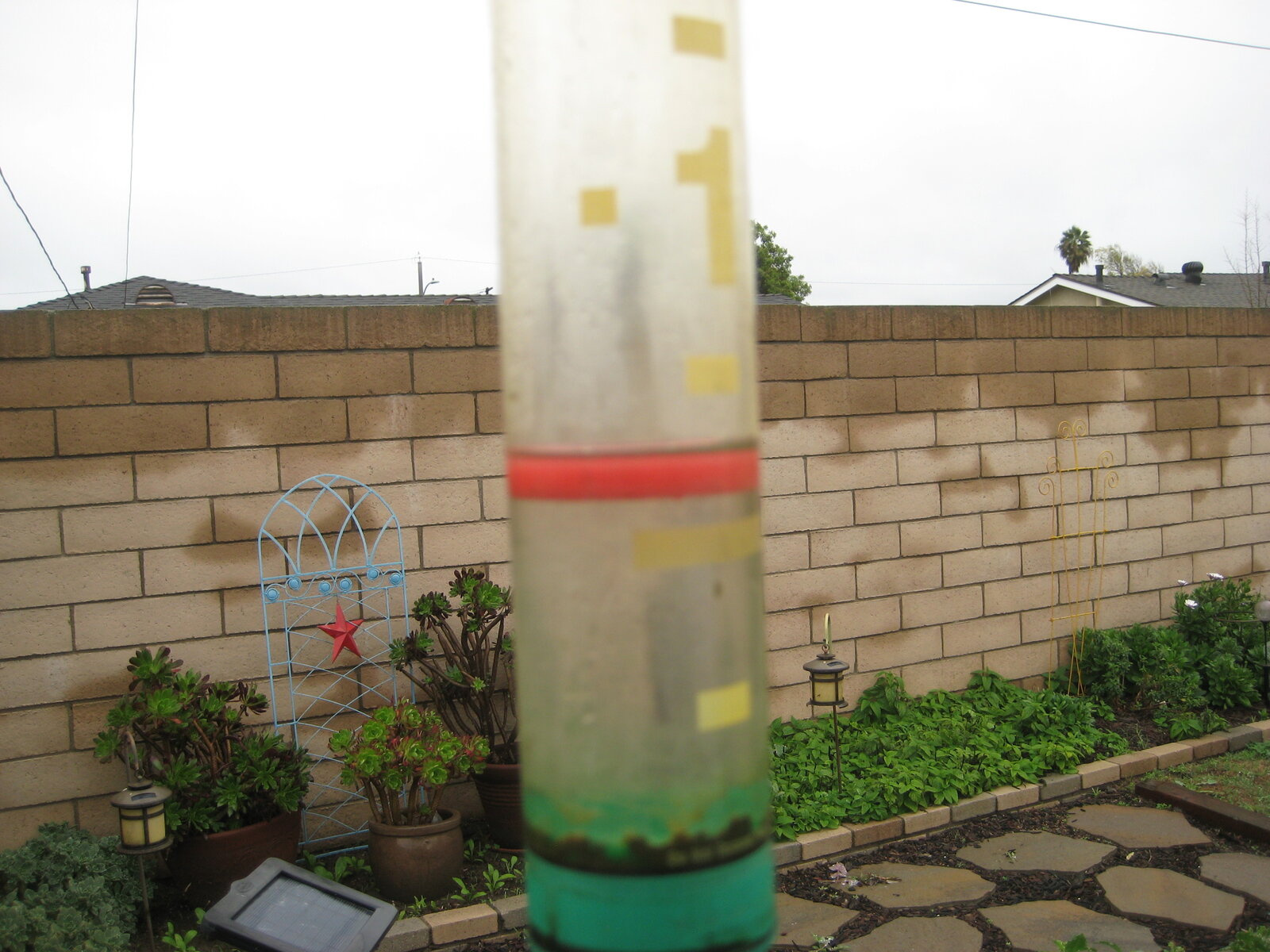 I'm lying low today, as had a minor procedure yesterday for frozen shoulder syndrome. Much better articulation today, but feel a bit beaten up. Ultrasound followed by an injection into the shoulder capsule.