My computer was hidden by malware gen. Under investigation at Avast forum(s).
Because of corrupt zip archive I removed android-sdk from my computer (1.04 Gbyte).
Which tools do you use for cleaning and checking the pc?

Malwarebyte's Anti Malware is probably the best regarded spyware killer.
I use the free version to back up Norton Internet Security and Super AntiSpyware.

Never been that impressed with the free Anti Virus programs like Avast or AVG. Can't say that I like Eset or Mcafee stuff either but Kaspersky seems good and I used it for a while.

Registry/System Cleaners are all a nightmare best used very carefully.
On this machine I have Registry First Aid ,Wise and Advanced System Care...none recommended as they can all get things wrong.
Since my first computer in 1980 , I've never found a system cleaning program that eventually didn't cause as many problems as it solved.

I have many lines of defence: avast antivir and comodo firewall up-front, Malwarebyte's Anti Malware and Super AntiSpyware out behind, also use Glary and CCleaner to keep things in order. So far so good. Well for this old PC anyways.

Having said all that, my PCs are all rubbish and slow - the only time they will not be is when they sail across the lounge room once the frustration of their utter lethargy or perpetual state of meditation does my head in!

A Macbook Air is on the cards me thinks.

Best of luck with your casualty Herman

On balance, I think that SuperAntiSpyware probably wins, in my experience. Malwarebytes and Spybot would be worth considering too.

Gee I'm glad I dont have a Windows based system anymore.
R

kyteflyer said:
Gee I'm glad I dont have a Windows based system anymore.
Click to expand...

kyteflyer said:
Gee I'm glad I dont have a Windows based system anymore.
Click to expand...

Do you think that Macs are somehow not subject to malware?
R

No . But I can't see anything. The iMac works faultlessly . I never get messages like , this program is not responding.
It may have some bugs but its not affecting anything I do on it .
I don't even know what malware is .
I am an ostrich .

I have all Macs now. No, they're not malware proof but criminals are essentially lazy by nature. That's why they write most malware for PCs - that's where most of the action still is. Also, Mac OS, being Unix based, generally doesn't allow downloads without your active permission. Granted, a Trojan horse posing as a different program might be able to fool you. But I don't believe I've been exposed to any of those. I protected the last PC I owned with Kaspersky, which seemed to work very well but could be a bit intrusive at times.
F

I run Windows and MAc machines side by side. None have any issues that I'm aware of. I have MS security essentials on my Windows machines and run Anti MAlware occasionally. I did a totally clean install on my MAcBook about a month ago as it was getting stupidly slow. It's much improved but I still get the spinning beach ball more than I'd like. The only hangs I'm getting on Windows is a weird **** hang occasionally on one machine.

All computers are evil.

It appears J A V A is an evil word. That explains a lot.

hannahntilly said:
Do you think that Macs are somehow not subject to malware?
Click to expand...

Nope. But the sheer quantity of crap thats out there for PC means Mac is still safer. And, Apple is pretty quick to patch holes. I think there's been three in the last couple of years.

Biro said:
I have all Macs now. No, they're not malware proof but criminals are essentially lazy by nature. That's why they write most malware for PCs - that's where most of the action still is. Also, Mac OS, being Unix based, generally doesn't allow downloads without your active permission. Granted, a Trojan horse posing as a different program might be able to fool you. But I don't believe I've been exposed to any of those. I protected the last PC I owned with Kaspersky, which seemed to work very well but could be a bit intrusive at times.
Click to expand...

I sometimes run an antivirus/antimalware prog on the mac... the signatures are all for PC. From time to time they find something in email which doesnt affect me, but would affect an unprotected Windows user. I used to have one running all the time but in recent years my PC using friends have finally got with the program and don't leave themselves unprotected.

My iMac (21'') has been working now since 2009 (!) without any problems. The only things changed in the long run: a better graphic card and a 2 TB HD. It has Kaspersky Internet Security and Kaspersky VPN running. Never had any problems with viruses or malware of any kind during all those years.
On the Windows PCs of my wife and son (Windows X) Kaspersky is running too for protection. For HD maintenance I've been using Glary Utilities. This has kept them free from problems. From time to time I check the HDs with the McAfee stand-alone tool "stinger" ... just to see if anything has escaped Kaspersky. No chance so far, Kaspersky found everything.

Even if all people around me are working with PCs (and I had to do so at work) I never would change my iMac for any kind of Windows PC. Everything's just a tick better and more user-friendly. You can't convince PC-afficionados however and I won't even try. I just continue listening to them swearing while I'm sitting there smiling. 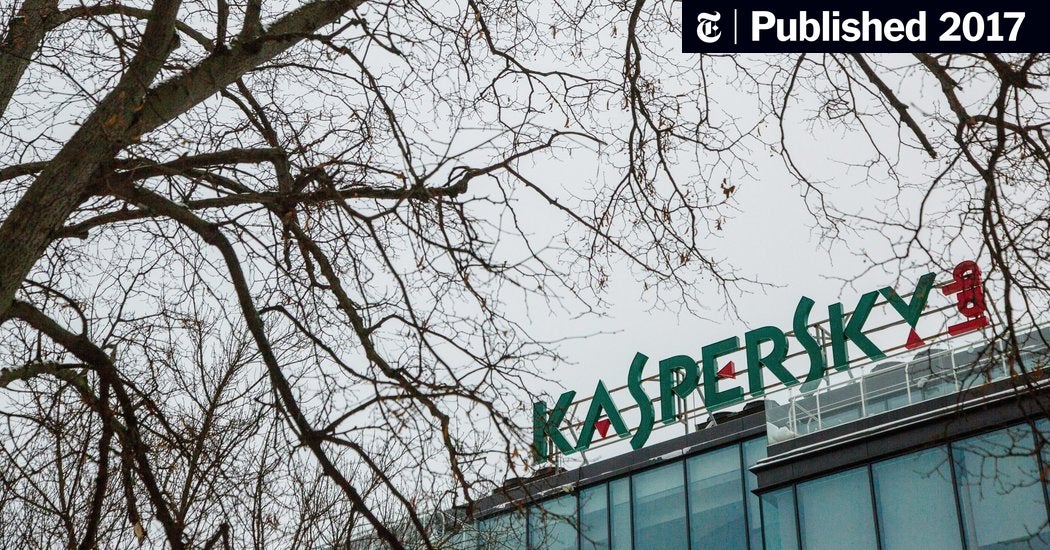 I would never trust Kaspersky given its history. You like it - fine. I would never suggest that anyone else try it. It has been used as a backdoor by the Russian Government.

My wife worked at NIH years ago, where the previous person installed Mac II's to monitor medical equipment. The virus scanner run by the IT department was hit with a virus, and was spreading the virus. A little image of Einstein running in circles popped up on the screen and the computer did nothing else. She replaced all of them with PC's. She could walk into a computer store, go up to a Mac II, click 3 icons, walk over and tell me "We have to leave now, they have to unplug all of their computers".

SO- I've been using PC's since they came out, and CP/m before that. I liked the Apple II. After that- Fashion more than Function led MAC designs. Like not putting a cooling fan into the original MAC because they did not like the noise made. I've seen one catch on fire when it was new.

My oldest PC computers used on a regular basis are over 20 years old. a Pentium Pro tower, a Micron Trek II, and an Ampro PC104 based embedded system. I write production code for embedded systems on them. Make timing on those, will certainly work on the actual systems. I had a young engineer ask me what do I do when new hardware comes out, then stopped himself and said- "you just write all of your own device drivers, don't you".
Last edited: Mar 19, 2021

Can anyone recommend a decent anti-virus program that won't bog down the computer or install tons of bloatware? I want to update my wife's Windows 10 Dell laptop.

Moderator
I use Norton. I keep it to the Virus Scanner portion of the software. After the initial install, it's not too much overhead on any of my computers. I use it on an older 2.2GHz Panasonic Toughbook CF-53, a 2.7Ghz Panasonic Toughbook I5, and HP I7 laptops. The 2.7GHz I5 CF-53, I run Win10 off a removable Disk in a caddy- so might bring it up every month or so. It does a realtime update and scan. Most of the time it has an SSD disk in a caddy to run DOS 7.1. DOS on a 2.7GHz computer run off an SSD, with DOS extenders to use 4GBytes RAM- really fast. Someday that guy that writes King of Thrones is going to need a new DOS computer to run Wordstar. I can help him out.

To add- I also use Macrium Reflect to do stand-alone backup of my drives every so often, and copy files to 4 different USB sticks in between. This means booting the computer off a CD to run the backup software, copy the disk image to a big USB drive that is never placed on a computer on the network. I had to make use of that a few months ago on this computer, which is "the web-surfer" and Lightroom machine. Machines that I do real work on- stand-alone/air-gapped. No Wi-Fi, No Network. The modems removed from the machines. USB Floppy. Have you ever watched a virus attack a Floppy Disk? You can hear it.
Last edited: Mar 19, 2021

Thanks Brian. DOS and Wordstar, eh? I actually remember using those many years ago.

Moderator
I've used Wordstar for 40 years now, for writing software. It is fast for writing code. Allows customization based on the language you are writing. I have several IDE's for embedded software and cross-compilers, use Wordstar to edit- and return to the IDE to import and compile. I use 32-bit protected mode DOS for embedded processors, allows me to write to the Interrupt Vector Table directly and do my own memory management.. It is fast. It's provided for a good 40+ year career in computer engineering.

A method employing a self-synchronous scrambler for transforming an arbitrary bit-stream into a bit-stream suitable for input to a DWDM network, and for reconstituting the original bit-stream from the transformed bit-stream. This method enables DWDM network equipment to properly transport data independent of the bit-stream characteristics and line encoding of the data. The self-synchronous scrambler of the present invention equalizes the number of “1”s and ‘0”s in an input bit-pattern over time
patents.google.com

The commercial demand for higher aggregate data rates has led to DWDM (Dense Wavelength Division Multiplexed) transmissions. Network elements need the capacity in these systems to reconfigure in case of a bit stream failure. The instant invention can bridge communications between other network elements including optical and electrical signal network elements, when a loss of signal detection circuit to substitute a second bit stream for a time delayed original bit stream and a circuit element con
patents.google.com

25 years ago I had a 622Megabit/Second optical network interface card built, used it in the Pentium Pro that I still use. Wrote all the drivers for it, had the chips made custom for it. Running under PharLap extended DOS. Spent most of the 90s doing R&D on optical networks. All code- written using Wordstar on the DOS computer. I did use Word running under Windoze for the technical papers and the patents.

Anyone remember WIMP? Windows, Icons, Mice, Pointers. I still use my Microsoft Mouse bought in 1986. My custom software allows for Mouse input. One of the drivers for a 1990s Trackball for DOS works on the Panasonic 2.7Ghz I5 booted into DOS, supports the touchpad and buttons on it. I found out when the long-dormant input routine for my Fortran code popped to life when I touched the pad.
Last edited: Mar 19, 2021

I have never used any additional anti-virus software on my laptop since moving to Windows 10. The built in Windows Defender used to get terrible reviews but in the last couple of years the reviews suggest it is as good as, or close to, anything else out there. So far I've never had any problems and I avoid having extra utilities dragging on my performance.

How does one compute equivalent aperture?

How do you tote your compact?

How do you manage your photographs???
2