So is there any such thing as an inexpensive 28 that is worth the money?

From what I know and given the criteria I’d say Canon LTM 28mm F2.8 or Voigt 28mm F1.9, they are both small compared to conventional SLR lenses of course but the Canon especially so. Taking a step up in price there’s the Biogon of course and you can’t go wrong with a Zeiss, they’re nowhere near as costly as a native Leica lens. The cheapest though would be the Chinese made lenses, I have no experience with them but understand their overall quality has improved lately, they’re very fast too.

I like the Avenon (Kobalux) 28mm f3.5 ltm better than Voigt 28mm f1.9 and Minolta 28mm f2.8 with Sigma FP. Avenon is good with the digital sensors including Sony esp when you stopped down to f8. It is very small and has high vignetting wide open. I learned it from a Japanese photographer. The prices went up since I bought it as it is not in production any more. 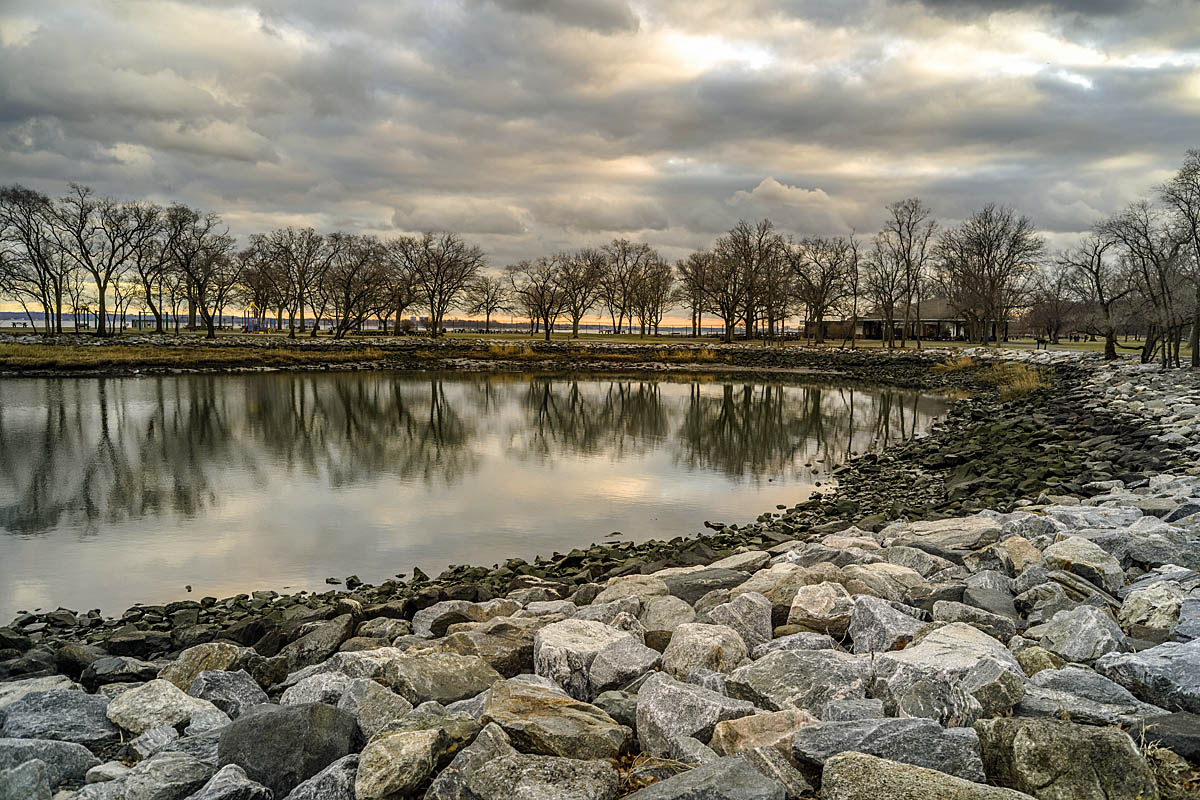 CV 28mm f2 has better contrast and coatings compared to f1.9, but the corners are worse on Sony sensors so I didn't try. Now CV is also releasing a ver II in June though it is more expensive but it will be smaller than the current f2. 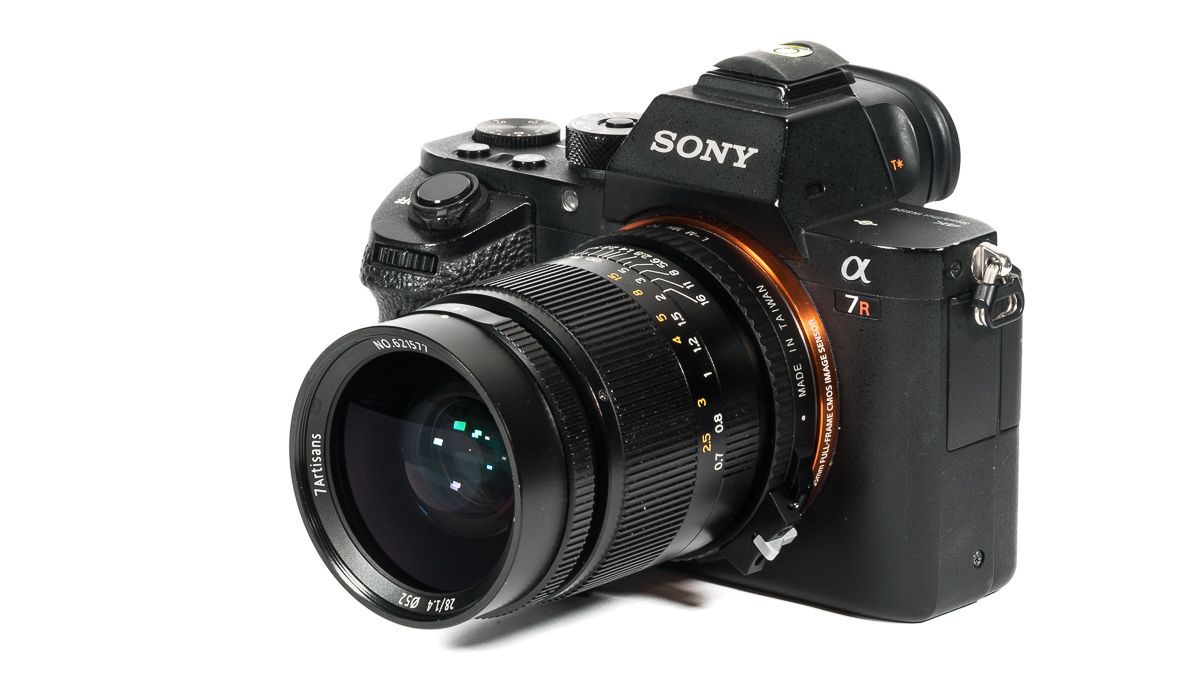 The 7artisans 28mm 1.4 FE-Plus is the first 7artisans lens optimized to Sony fullframe E-mount cameras. The bokeh is quite...

Thanks for the Avenon/Kobalux tip.

The 7artisans is just too huge for someone like me that doesn't want high speed lenses.
A

The 7Artisans may be large but I am very happy with mine, but then I also have a 28 Elmarit when I want small. This was shot wide open at min focus distance of .7 meter on a Sigma fp straight jpg out of the camera I just cropped a little off the bottom that was empty space.

While I myself opted for an older, bigger and non-ASPH Elmarit (I just love the rendering), I find the Elmarit in any form not exactly "inexpensive" But they're nice lenses, and the tiny Elmarit ASPH always impresses.

However, there's a new kid on the block worth considering - the Voigtländer Ultron 28mm f/2 II Aspherical. While I'm one of those people who actually love the non-aspherical first VM version (especially on the M8), the new lens gets rave reviews, and it's also very compact.

While I'm not really planning on adding the Ultron II, I'd be interested in first-hand accounts ...

Considering how good I've found the 35/1.7 Aspherical Ultron is, either would be interesting I am sure, Alas, both are creeping up there on the price scale for me.

The old Canon's are still looking like the best split the difference between price and quality.

William Lewis said:
The old Canon's are still looking like the best split the difference between price and quality.
Click to expand...

You know, I'm inclined to agree - but those are super-hard to find, at least over here. So, in terms of availability as well as affordability, I'd still give the nod to the Voigtländers.

I know I'm really pleased by my original Ultron 28mm f/2 - granted, it's not a killer lens wide open, but it renders in a very pleasing way and seems to have no major downsides. I also have to admit that I usually use it on the M8, where it's more like a 38mm equivalent, but well ... It certainly didn't suck on the M 262, either.

I’d narrow it down to the Canon LTM/Voigtlander/Elmarit choices and see what price you can get. Once you have a lens which you get familiar with through rendering and muscle memory you tend to stick with it. For me that’s at 35mm which I’m stuck on, so for me, 28mm is too similar. But if I was looking for a 28mm I’d have a hard time choosing.

rayvonn said:
I’d narrow it down to the Canon LTM/Voigtlander/Elmarit choices and see what price you can get. Once you have a lens which you get familiar with through rendering and muscle memory you tend to stick with it. For me that’s at 35mm which I’m stuck on, so for me, 28mm is too similar. But if I was looking for a 28mm I’d have a hard time choosing.
Click to expand...

Now I do have an exquisite 35 in the 35/1.7 Ultron Aspherical LTM that, really, simply fell into my lap. And then there is your point - do I need a 28 now? I don't like to go wider and I've been getting into the 35 FOV of late.

I currently have a 35/50/90 kit and for what I shoot, it's really doing me quite well. I've been pondering the 28 for some time now and the VC 75/2.5 Color Helliar too for that matter for the same problem with the 90 FOV. Stuff to ponder.

Back on topic: The Voigtländer Ultron 28mm f/2 lives on the M8 - I've used it on the M 262 as well and quite liked the results, but I have to admit I struggled a bit with seeing the frame lines on the 262 (I wear glasses, after all). 28mm works better on the M10, but not exactly comfortably so. For anything wider, I use an external viewfinder anyway; I own a somewhat bulky Leica 12013 viewfinder: 21/24/28mm switchable, big, but gorgeous to look through, and it actually works quite well for framing.

Anyhow, the Ultron is nice lens to work with, small enough, good enough - not stellar, but reliable. This isn't a Summicron, nor is it an Elmarit - but it's still a solid lens. And on the M8, I clearly prefer it over the other option I use regularily, the original Nokton 35mm f/1.4 (both with IR/UV cut filters) - in spite of the latter's vintage rendering. The Ultron is just modern enough to rarely surprise you, but classic enough as to not be too much "in your face".

The takeaway? You have to want and like the 28mm focal length - but even if you do, the market isn't that rich, especially compared to 35mm options. The difference in the FoV is tangible, but only you can say whether it's important to you. To me, it's kind of an in-between - I usually prefer 35mm or else, an even wider view (24mm works very well for me, and I've found 21mm and 20mm to be good choices for me, too).

That said, 28mm lenses with smooth transition rendering are wonderfully versatile tools, and I know the my Elmarit-M and my Ultron both work well that way; both aren't the smallest, and while the Elmarit-M is pleasingly sharp wide open (not bitingly so, but certainly good enough), the Ultron is slightly soft on 24MP FF sensors; both are at their best at f/5.6 or f/8. So, for street and documentary, specifically people-centric shooting, both are great options, and I'm sure the sharper, smaller, yet a bit more capricious (vignetting, falloff, bokeh) Elmarit-M ASPH will be great for this, too. I'd be a bit wary about using any 28mm lens as my only wide option for landscape and architecture, though - the Elmarit-M 24mm f/2.8 ASPH is a better choice for that, even if I have to also carry the additional finder. But good 24mm RF lenses are even rarer than 28mm ones ...