Hi I just got my negatives back from the store and somethings are baffling me. Why aren't the images fitting properly in the border's? Nikon F80 and Tamron 17-50mm F 2.8 @67 A16. I also used a Hoya 67mm cpl. Is it because it's a full frame lens? Did the cpl leave artifacts? Is something wrong with the camera? And the name's and writing is backwards. I'm new to this.

the scanner is a Magnasonic F551 it's supposed to spit out 24mp scans but I'm getting 3mg. Is it because it's Monochrome? And the Sensor in it is 14mp cmos Should I return it and use my Dslr instead which would give me 24.6mp images of the negative or keep the scanner? I'm already to ship it if you guys give me the green light 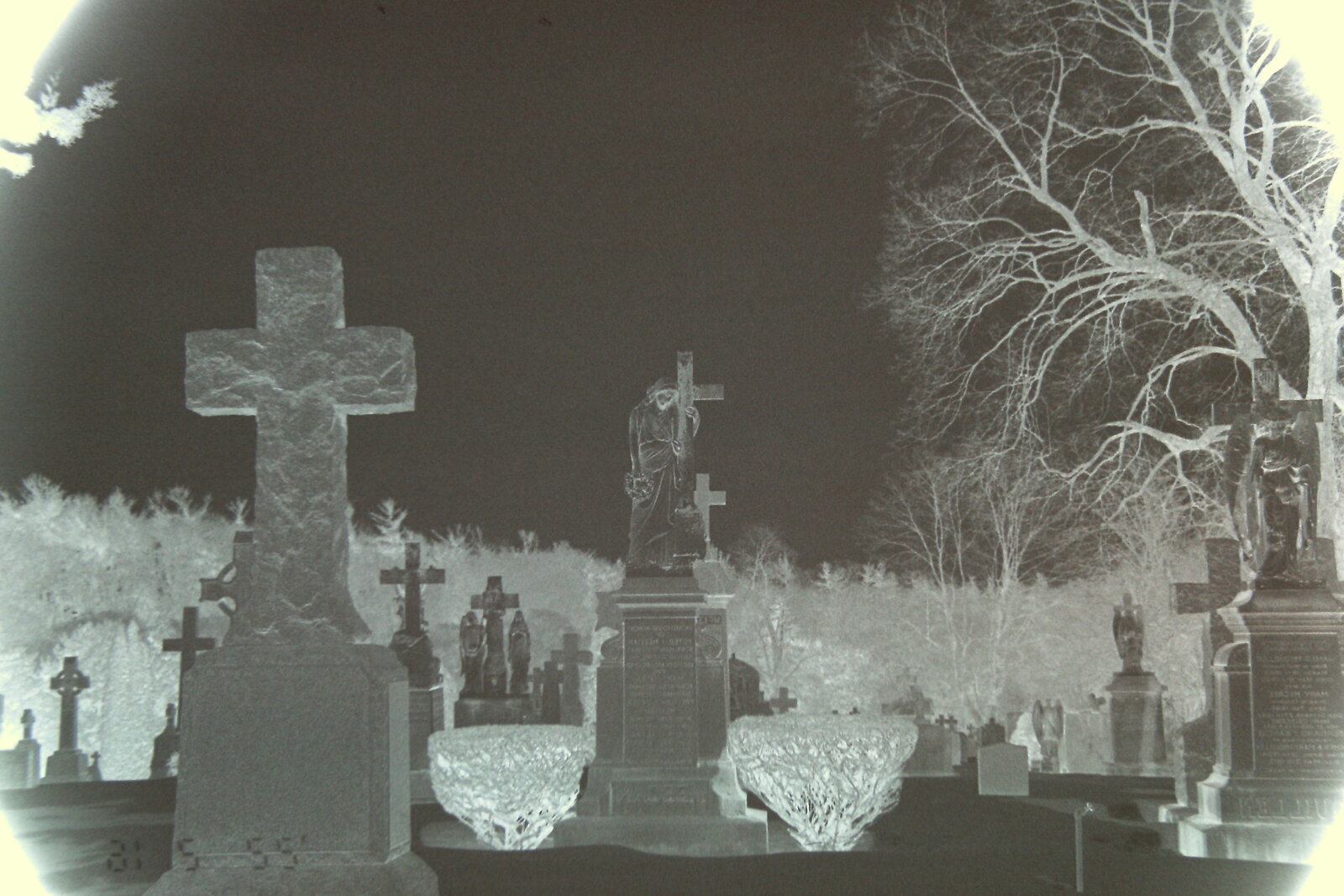 Subscribe to see EXIF info for this image (if available)
. 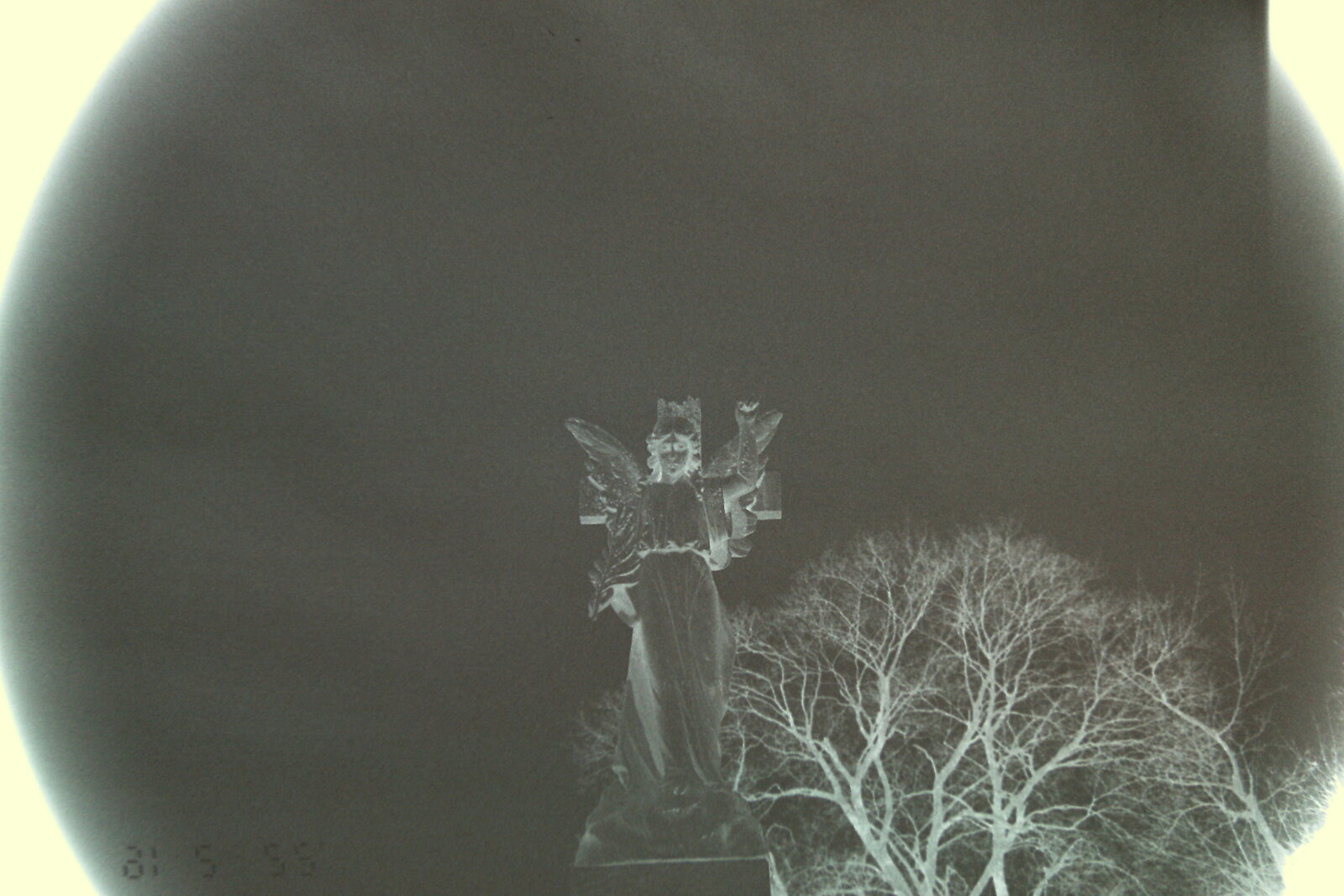 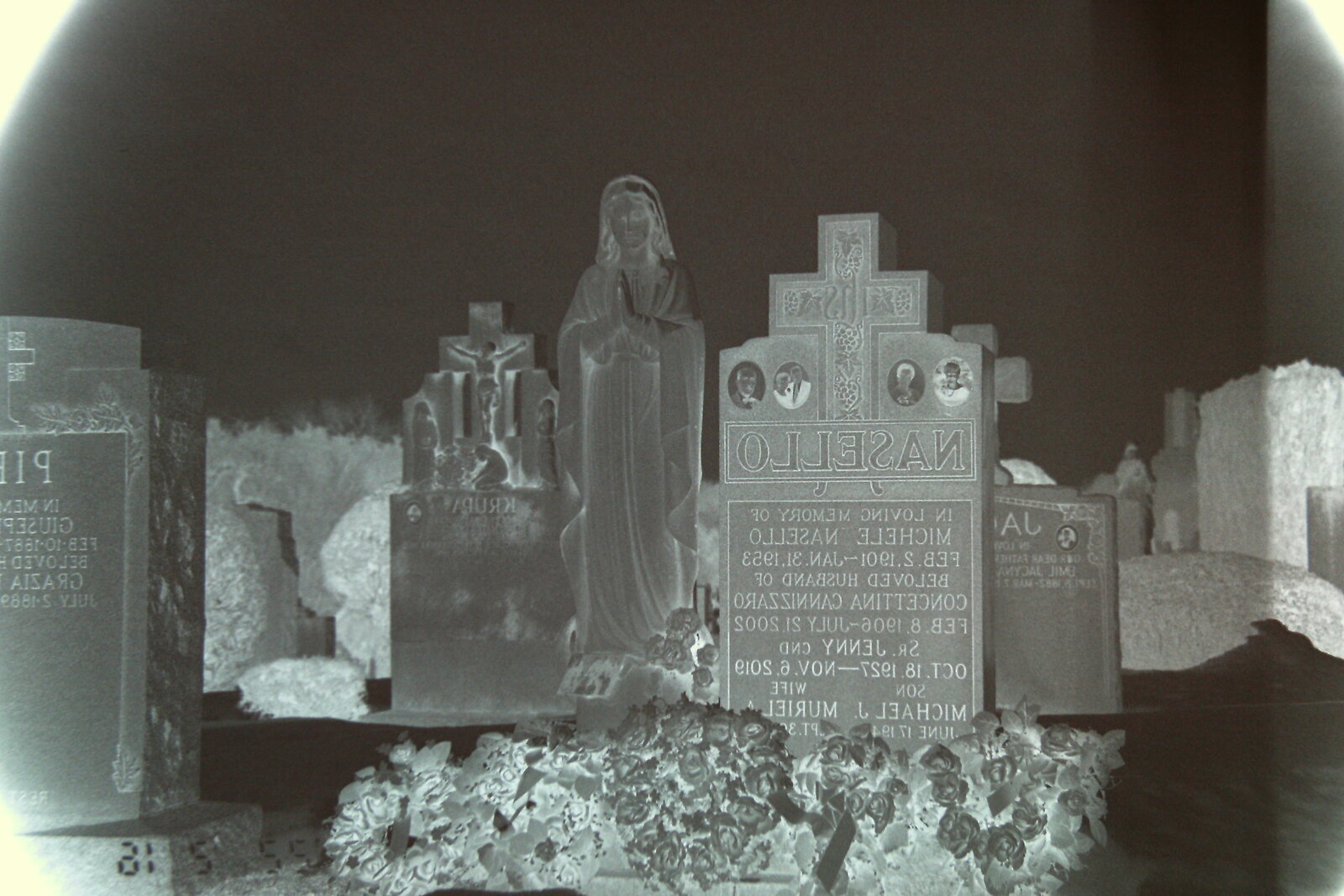 Btw I won't be printing any of these. I don't think, you never know

A couple of thoughts Lucien. The Tamron 17-50 is an APS-C lens so the effect you are getting is because the lens's image circle isn't big enough for your 'full frame' 35 mm film.

Scanner resolution is usually measured in pixels per inch (ppi) rather than MP, but generally, scanner resolution figures are 'optimistic' to say the least and beyond a certain point higher resolutions make little difference, and you will see little or no difference between a setting of 3600 ppi and 7200 ppi other than a massive increase in file size.

You cam use your camera to scan and you will get a 24 MP digital file but what you have is 24 MP size, not resolution as such. You can't add any resolution that is not already there in the negative and film generally is lower resolution than the kind of sensors we use these days. I have seen some suggestions that the best film shot in optimal conditions approaches an equivalent of around 16 MP, but other kinds of film will be lower than this.

thanks, I need to use full frame lens. What a Duh moment. I should have done some home work. Greatly appreciated. I might keep it because I only shoot monochrome film. What about the writing on the tombs being backwards? Is that normal?

If so, I think I'm on the right track.

The lens doesn't cover FX. The scanner you have to study yourself for a little bit and decide for yourself if you want to keep it or go back to digitizing your negs with a DSLR. Most people go for the scanner for ease of use, maybe for speed? The other problems outside the DX/FX thing are solvable, for example the scanner not flipping the negatives for you. (You can flip the resulting image yourself.)

When scanning negatives and slides there is a side facing the scan plate. If you get these reversed you get a scan that needs to be flipped. Not a big deal, just adds another step.

Most scanners allow you to select negatives or positives (slides) and will display the image correctly. If you set that your B&W negs will display as images instead of negatives. Not sure if you were aware of that, you mentioned being new to scanning.

The scanning software that came with my scanners has the option to flip the image after the preview scan and before output to the storage drive, so it saves me from having to import into a processing program. As long as I catch it at the scanning phase, I sometimes miss it and have to do the additional work.

Even you Gordo, the image's feature I'm going to dig into.
Sorry, I didn't mention the scanner has a flip button and you could do it in post. And you could get it right in the first place. After about 100 strips. I think I can handle that part. it's actually quite easy. One side is glossy and the other matte. Not rocket science but I said I'm new to this. Thx,

Cropping will allow you to keep the image, but with less photo. Cropping in a processing program will let you keep as much of the image as you can, you can use different formats like 4:3 or 16:9 or just free crop to whatever leaves the most image. 4:3 might be the best option, the corners might still have a little darkening, but much less that currently shown above.

lucien said:
Sorry, I didn't mention the scanner has a flip button and you could do it in post. And you could get it right in the first place. After about 100 strips. I think I can handle that part. it's actually quite easy. One side is glossy and the other matte. Not rocket science but I said I'm new to this. Thx,
Click to expand...

No problems, didn't know how far along you were with scanning.

Doubt that, you're further along than I thought you might be. If I came across in a condescending way, it wasn't my intention.

lucien said:
Sorry, I didn't mention the scanner has a flip button and you could do it in post. And you could get it right in the first place. After about 100 strips. I think I can handle that part. it's actually quite easy. One side is glossy and the other matte.
Click to expand...

Many scanners recommend putting the matte side (which is the side where the emulsion is) down, on the scanner, for better results. You can experiment to see whether this is actually the case - my Pacific Image recommends doing it this way, but when I scanned glossy side to the scanner I couldn't find any real difference in resolution. I still go matte side down, but you could theoretically get away with not doing so, at least on my scanner.

thanks a lot guys, the truth is I have 2 diff kinds. They aren't very expensive. I'm going to run the negatives through the other scanner and if there is no Increase in mp/resolution. Why keep the more expensive one. So that has been sorted. I actually might not have a choice. "ebay" ordered from far far away. Never to be returned one. A learning thing, bite the bullet. Eventually things will sort. It takes time.

Being a guy. I should have read the manual. Nah

results are in. The 10mp max is brighter but the resolution is lower. I'm going to park it and use the new one. Samples of same image.

low resolution one first. Maybe I'm missing something. I also scanned it at 5 instead of the 10mp max 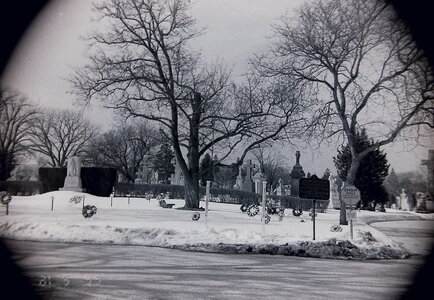 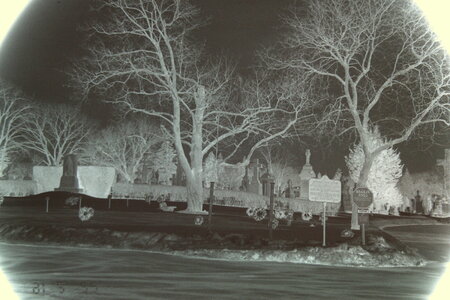 maybe use both, no lolz. Why such a brightness diff.? Maybe turn up the brightness on the second one? But these are both default settings.

Moderator
That's cool- made it look like an old Kodak that shot circular pictures.

Monochrome will compress much more efficiently in JPEG, even lossless JPEG- compared with color.

The edges- no imagery, so even more compression.

I don't understand. Is one better than the other and why? Which scanner should I use? The vignetting is from aps-c lens on 35mm film sensor. Was it a funny? Why are the backgrounds aka vignetting diff colours? The 1st one is Black and the second one is White. That might be the key, Have to play around some more. Just got the negatives today