A little background: The appearance of a second dust spot on the sensor of my beloved Panasonic FZ200 put me on the hunt for a new superzoom camera. When Al from the Camera Works in Latham, NY, repaired the FZ200 the first time, he told me: “I never see a dust spot on one of these fixed lens cameras except that it is a Panasonic.” Oh. Having coughed up nearly $100 to get it fixed the first time, I hoped to be granted immunity from future dust spots. Not so.

At first, I got turned on to the Nikon P900 by the work of Stephen Ingraham, who is a bona fide advocate for point-and-shoot nature photography: http://psnp.lightshedder.com/ The P900 tends to put a yellowish cast on all the images it renders, which looks fine on sunny days (when everything tends to have a yellowish cast anyway) but definitely not so fine on other days. So even though the P900 offered just a ton of reach, I gave up on it.

Another article by Ingraham -- Shoot Out: Canon SX60HS vs. SX50HS and Sony HX400V – offered a shoot-out between three different superzooms, including the Sony HX400V. I really liked the photos from the HX400V; they looked great in the article’s side-by-side comparisons.

A little research revealed that a not-too-far-away big box store had an HX400V, and before you could say is-this-really-a-good-idea, we were on our way to Oakwood Cemetery (where we can usually find geese and ducks), the better half driving and me fondling a new camera. We had barely entered Oakwood when we found a pair of wild turkeys wandering among the tombstones and American flags on the day before Memorial Day.

Dozens of shots later, I was marveling at the clarity, contrast, saturation – overall “punch” – that the HX400V was delivering . . . that is, if I could trust how the images looked on the camera’s rear screen. 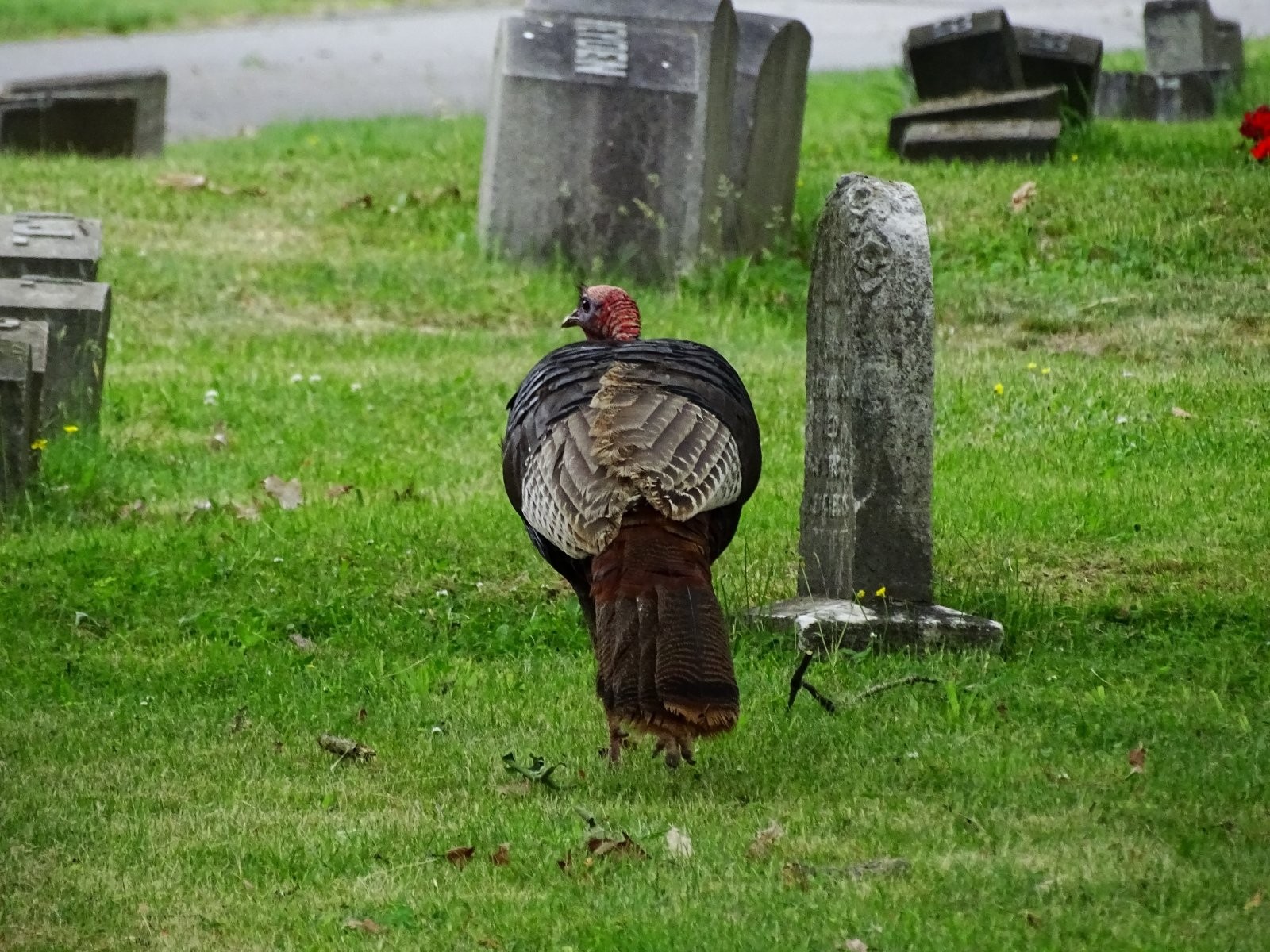 Having messed with the HX400V for about a week now, I think it may be a keeper. It is roughly the same size and weight as the Panasonic FZ200. It fits in the same mini-binocular pouch that I used for the FZ200 but offers twice the reach – 24-1200mm e.

Here are some snips from camerasize to give a sense of its relative bulk:

Several things set the 400 apart for me. First and foremost, the quality of the images – punchy, sharp, fully saturated, great contrast. These are pictures that, for me, simply draw the eye. Better than the FZ200, FZ150, P900 or any other superzoom that I have fooled with.

The 400 is light, small, easy to handle, and the optical stabilization seems to work great. While the reach is not as great as the P900, I seem to be able to hold it steadier at comparable magnifications. The 400 goes to 50x with optical zoom, 100x with something called ClearImage zoom, and 200x with full-on digital zoom. 200x does NOT result in good looking images. 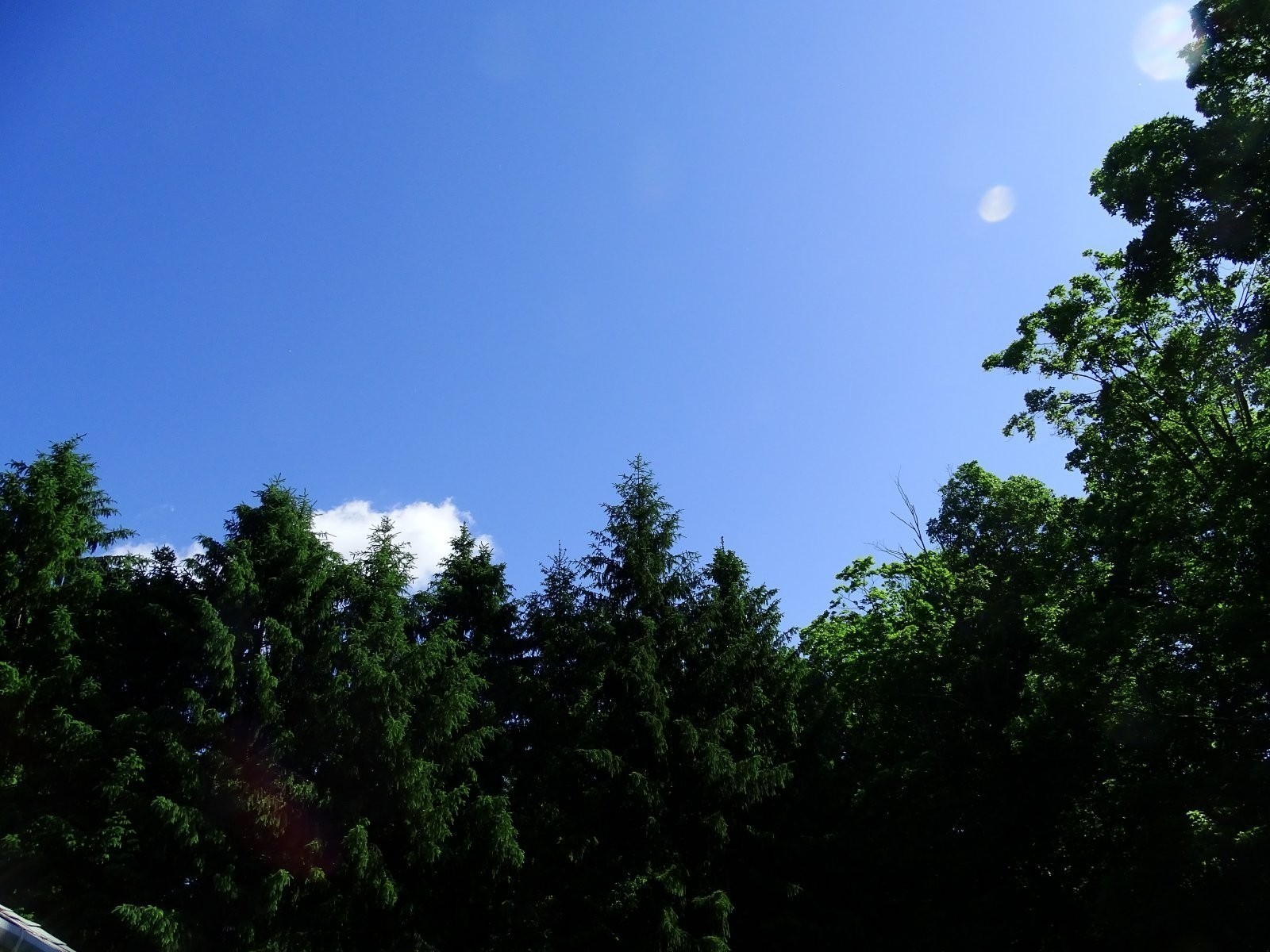 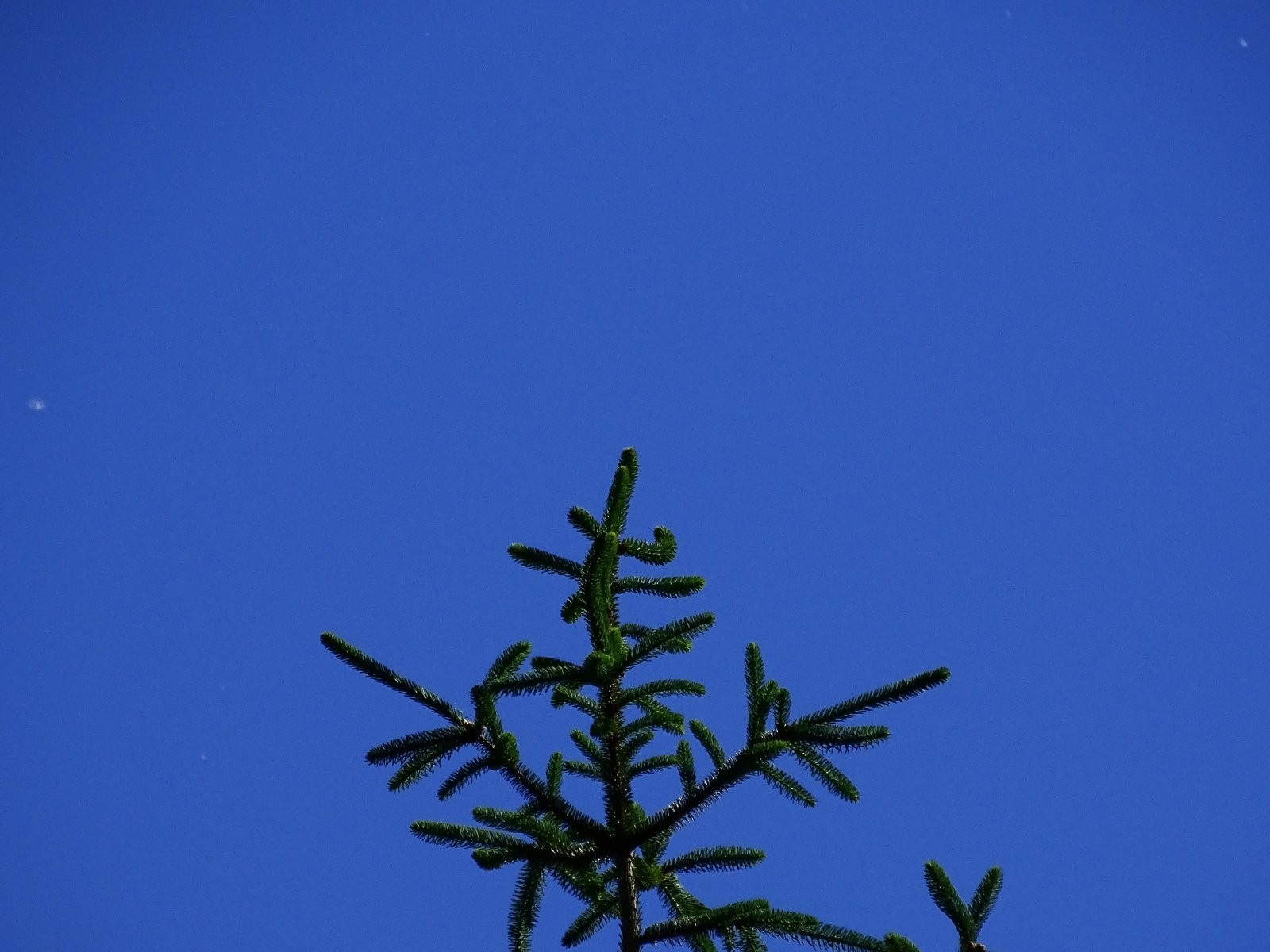 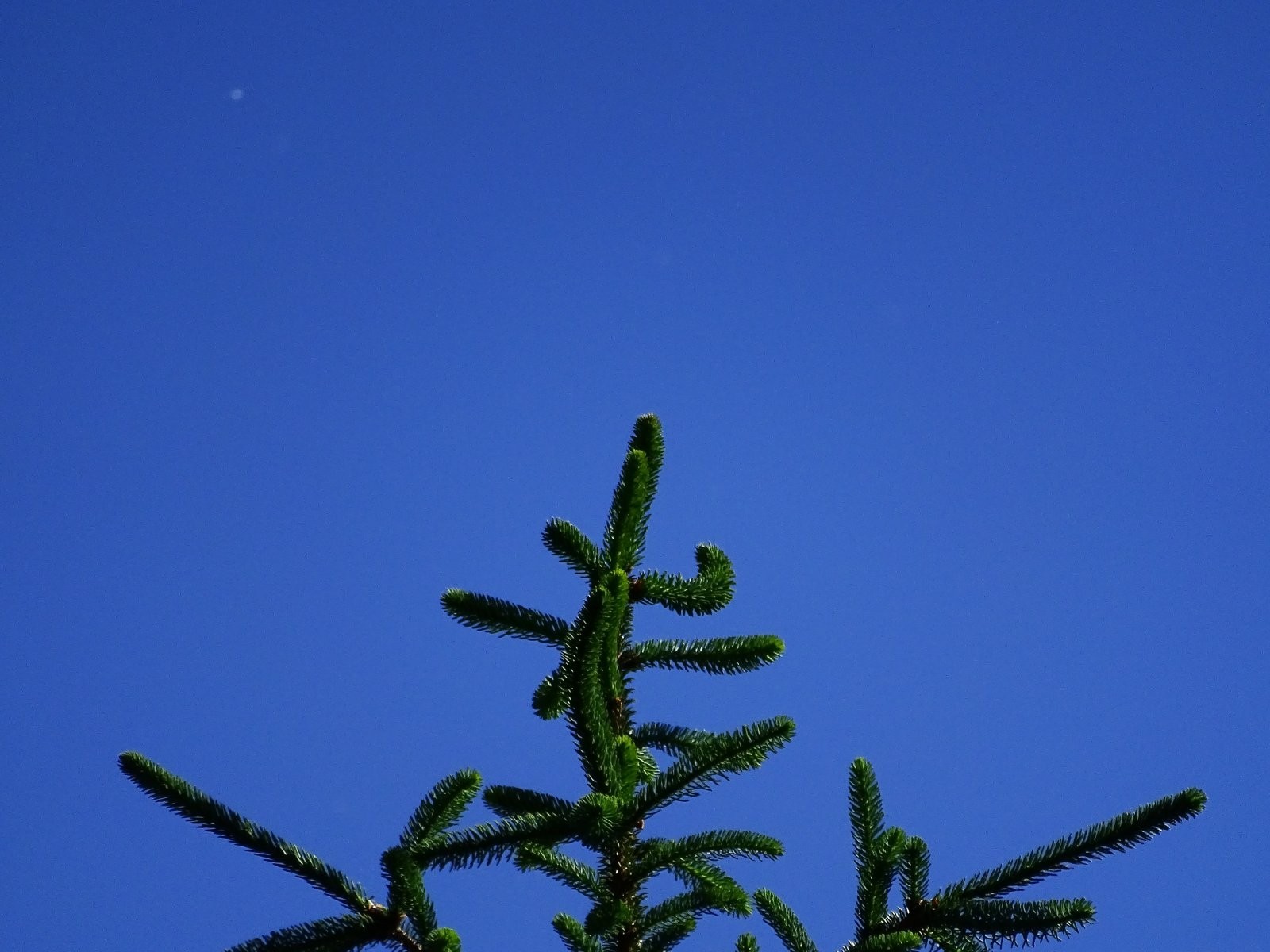 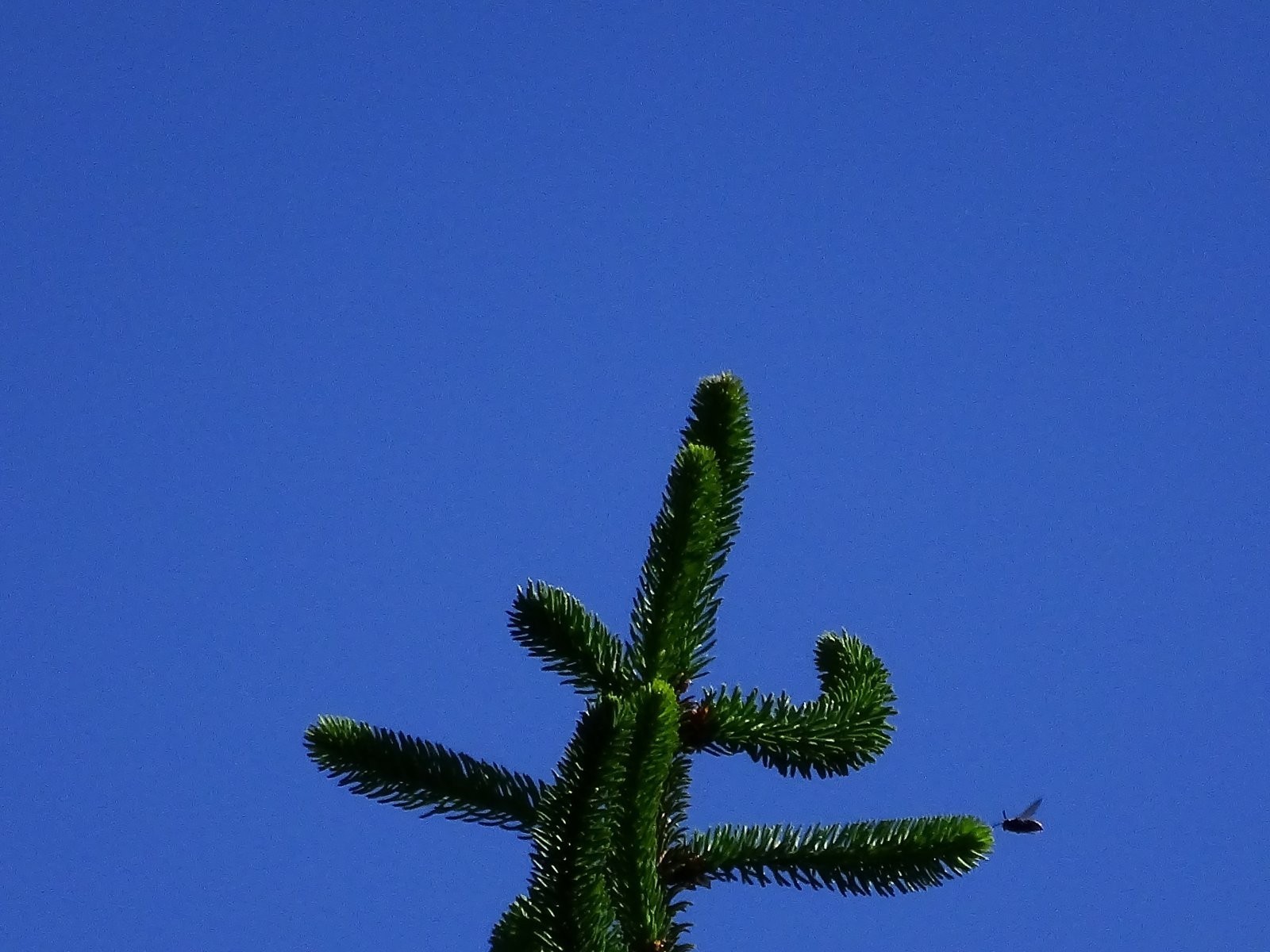 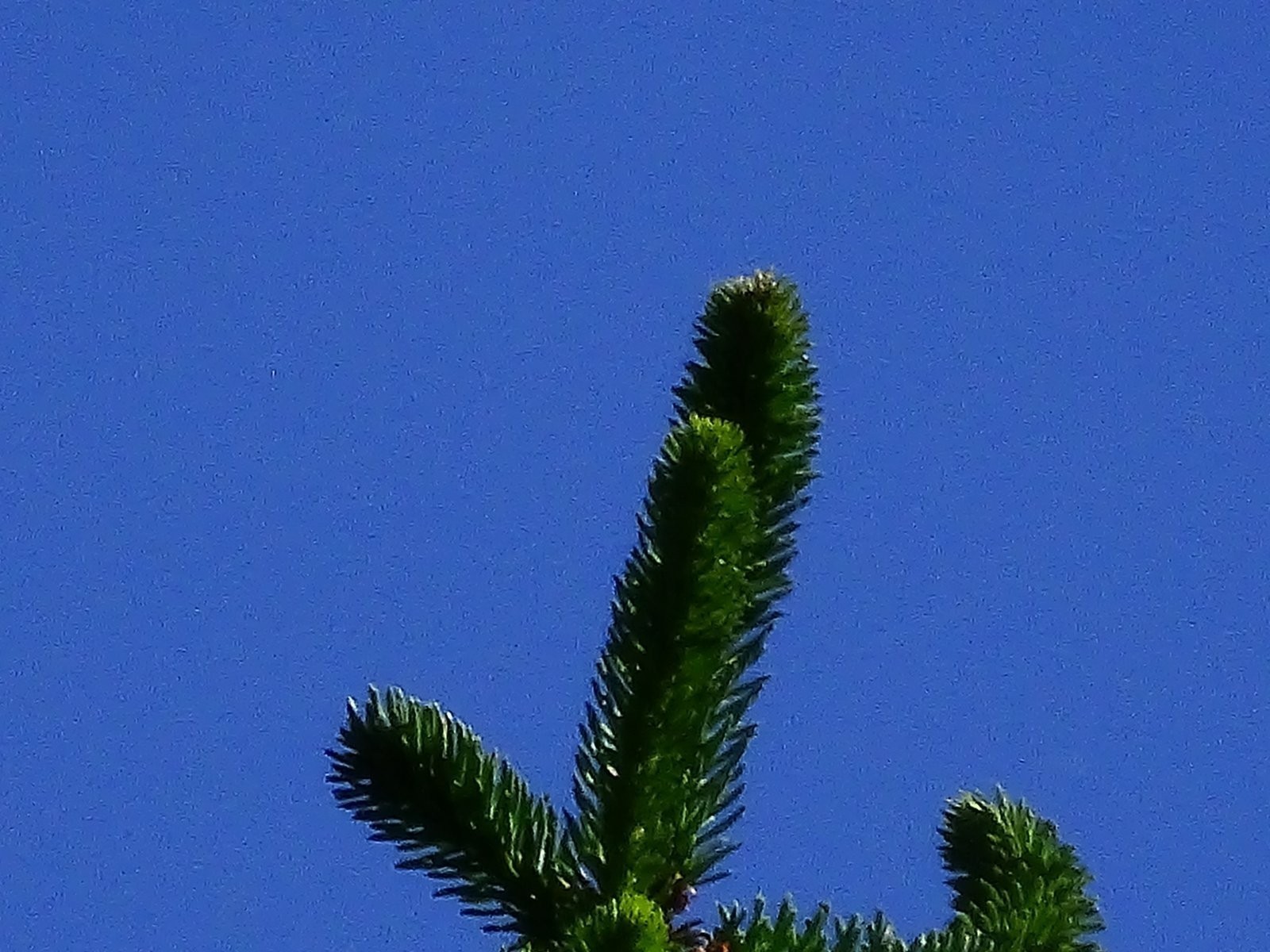 Further the good folks at Sony seemed to have discovered something that few other makers of fixed-lens digital cameras seem to have discovered. I don’t know if the Sony engineers drank the bong water or munched the sacred mushrooms, but they have equipped the 400 with . . . a focus ring!

The focus ring is possessed of magical qualities. It completely encircles the barrel of the 400 lens and when you turn it, the point where the camera focuses changes. Astounding, right?? This comes in particularly handy when the geese are hiding behind the weeds or when you are trying to photograph a slender flower in front of a bunch of other stuff, and the camera’s autofocus won’t lock up on the thing that you want in focus. This works so much better than any other system (levers, knobs, tabs, etc.) that I am truly puzzled why this hasn’t been invented before now. (Oh, that’s right: film cameras had focus rings as a matter of course.)

You can turn on focus assist magnification which is handy sometimes as well. What’s really interesting is that you can use the focus ring for manual focus without touching the shutter button, but you can configure the 400 so that the focus assist magnification pops up only when the shutter button is given a half-press. There is also an option for focus peaking “sparkles” in read, yellow or white, but the focus peaking shows all the time when activated, even when autofocus is being used. At first, I thought this was useful, showing what was in focus when using autofocus at long range, but at wide angle view, virtually the entire EVF would look yellow, red, or white, obscuring the composition, so I turned it off.

In all, I think that the 400 is pretty neat, and at this point I think I will keep it. I am tempted by Stephen Ingraham’s lyric praise of the Sony RX10 III, but I am not at all sure that I want to carry a camera that weighs nearly a half pound more than the P900.

Thanks for the information and impressions, Jock. I've gone back and forth on small-sensored superzooms for a while.

I still own the Panasonic ZS50 and the larger-sensored ZS100. But I'm not sure either is suited for wildlife photography on a regular basis.

I was having a conversation with some other photographers recently about the merits of a camera like the Sony HX400V vs. cropping with a DSLR or micro four-thirds setup.

We reached a general consensus that once one reaches about 2x the maximum optical zoom of the larger camera/lens combo, the advantage goes to the superzoom.

For example, I have an Olympus E-M1. If I use my Lumix 100-300mm zoom on it, that's the equivalent of a maximum 600mm optical zoom. That would mean the smaller-sensored superzoom would gain the advantage past 1200mm.

Of course, none of this takes into account other reasons that one might really need the superzoom camera, such as lighter weight, smaller size, etc.

So Jock, you're pretty much our superzoom guru here, do you have any thoughts on this? The Sony seems to do a nice job - as do you.

I have actually thought about this quite a bit.

I have an OM-D E-M5, and I think it is a heck of a camera, and I really like the way it renders the sky. I experimented with the 100-300 on it. I found that I had troubles holding it steady, so much so that I bought a monopod for use with it and still didn’t like the results.

The thing that I really like about superzooms, though, is that I get from 24mm (e) to 1200mm as a continuous series of focal lengths and I never have to change lenses. If I hadn’t had that problem with the dust spots on the FZ200, I would never have tried other superzooms and would not have eventually come to the Sony HX400V. I can honestly say that I like it better than the FZ200 because the jpegs straight out of the camera have so much contrast, saturation, and punch.

The very first images I took with the HX400V – the turkey in the cemetery – made both my wife and I go “Wow!” It has twice the reach of the FZ200 – 1200mm e before you get into digital zoom, and the image stabilization must be superb because I find it easy to get crisp, clear images at high magnification. Finally, the HX400V has an excellent manual focus mode that is really easy to use, and I take advantage of it frequently.

There are three downsides to the HX400V. It doesn’t have is a good macro mode, but the easy work around is to stand off a few feet and zoom in on the subject. The batteries are small (I think they deliver around 300 shots, but you can check this online) so I would recommend some spares, and the camera doesn’t come with an external charger. I bought the charger and three extra batteries for not a lot of money.

You might also want to consider the whole “figure of merit” business, which provides a way of comparing the potential reach of different superzooms and camera/lens combinations by factoring in the equivalent focal length and number of megapixels.

The calculation is explained here http://www.digicamhistory.com/Figure of Merit.html but basically it is equivalent focal length squared multiplied by the number of megapixels.

I worked through the math for a variety of configurations, and (if I have the figures right) here are the results (the bigger the number, the better the reach):

If you are satisfied with the image quality that you see in my wildlife pix, I would happily recommend the HX400V to anyone.

I hope this helps.

My initial impressions of the Canon G3X