I once read a really inspiring post about owning up to your real identity while on the Web. My (faltering?) memory attributes it to Amin on mu-43, but I may be wrong.

In any event, my name is José Madeira Garcia, originally from Rio de Janeiro, currently living in San Francisco. I work as a software interaction designer, something I've been doing for more than a quarter century. In fact, I've been working in the same company for 18 years now, a pretty rare occurrence in the volatile software industry.

I've been lurking on mu-43 (and occasionally posting) for several months now, but I haven't put a lot of my pix into the galleries. For one thing, my photos aren't really up to the overall standards of these sites. For another, most of my favorite pix were taken prior to getting my first µ4/3 camera (an E-P2, now replaced by a G-2).

When I got back, I replaced them with Minolta 7000i, which I still have today. I loved the autofocus and program mode (with program shift via a special Cu custom card). It also gave me a chance to upgrade the lenses. On the other hand, it was way bulkier than my OM cameras & lenses, and it never really became a part of my hand, like the OMs had been.

While still in Europe, I picked up a Nikon compact 35mm rangefinder (http://bit.ly/af3onetouch) which was a complete revelation. I had initially only planned to use it for the balance of my trip, but it was so nice to handle and carry that it became my main camera all through the 90s. I rarely took out the Minolta, and even then only when I was close to home. When I dropped my Nikon in 2000 (on the rocks in Arpoador beach, as it happens) that was the end of my film days.

For the last decade, I've had a series of small digital cameras, mostly Canons. The last few were a G10 and an S90. The S90 is still my main camera, and only leaves my pocket when I'm carrying my Big Camera (that is, my µ4/3 camera ;') and don't need the little one. I knew I wanted better IQ than I could get from an S90 (check out the noise on the unprocessed image below), but months of borrowing a Canon Rebel had convinced me that I didn't like the bulk/flexibility ratio that it offered. I hated how awkward it was to shoot fully manual. After reading the reviews, I had more or less come to the conclusion that I would buy a 7D. It sat for weeks in my Amazon.com shopping cart.

Then I got to actually use a 7D for about an hour one day. It was a beautiful machine. Very impressive. I came home that night and ordered an Olympus E-P2.

During the last few months, I went on a legacy lens buying binge for my E-P2. Eventually, I'll organize my hundreds of new pix enough to want to post a few. Maybe I'll even take a few good ones.

In the meantime, here's one taken last January with the S90, from the rocks at the end of Arpoador beach in Rio de Janeiro: 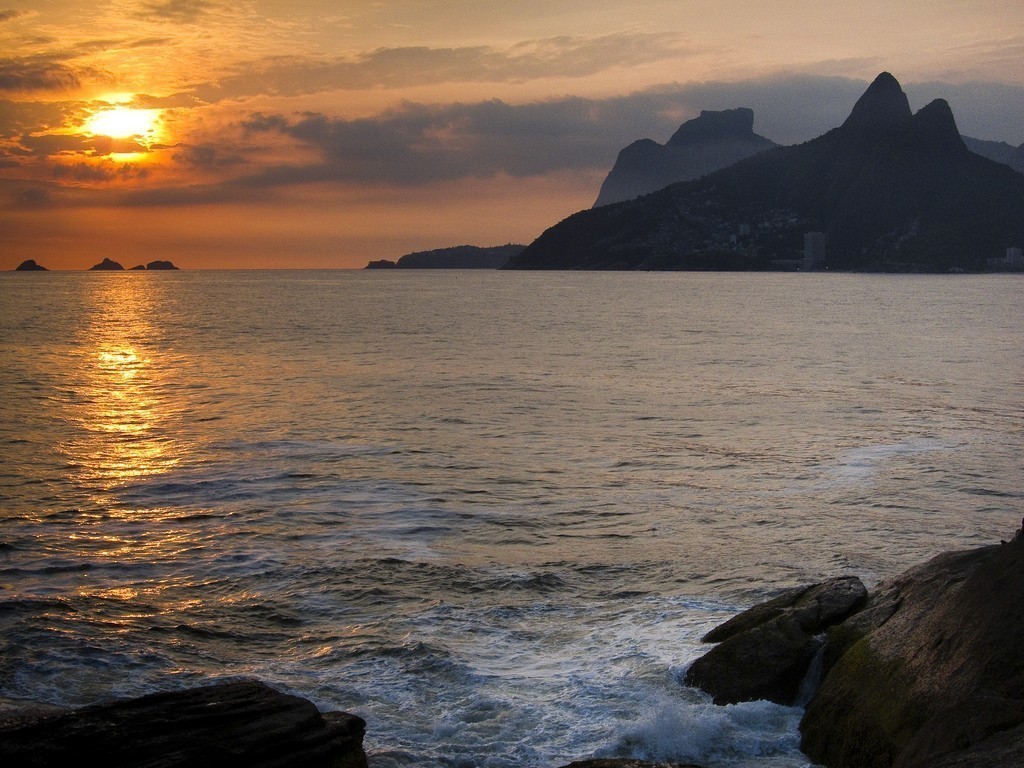 Thank you for posting the truly gorgeous image.

Hello Jose and welcome here !
Great shot, thanks for sharing with us.

Hi José, thanks for taking the time to write a wonderful introduction. I think smaller cameras have that way of becoming part of our hand in a way that larger cameras often do not. I feel almost as connected with my Pana GH1 and 20/1.7 as I did with the OM-2n and 40/2.

I'm a little late in getting here, but wanted to say hello to you to José. I always appreciate your posts on mu-43.com and am so glad you're going to be involved over here.

Wonderful introduction - but please don't be so humble. This photo here is spectacular and I really can't wait to see more of your work - soon!