Today I was honoured to visit the largest cultural centre in Europe, of course it is in Finland, we have 5,5 million inhabitants here 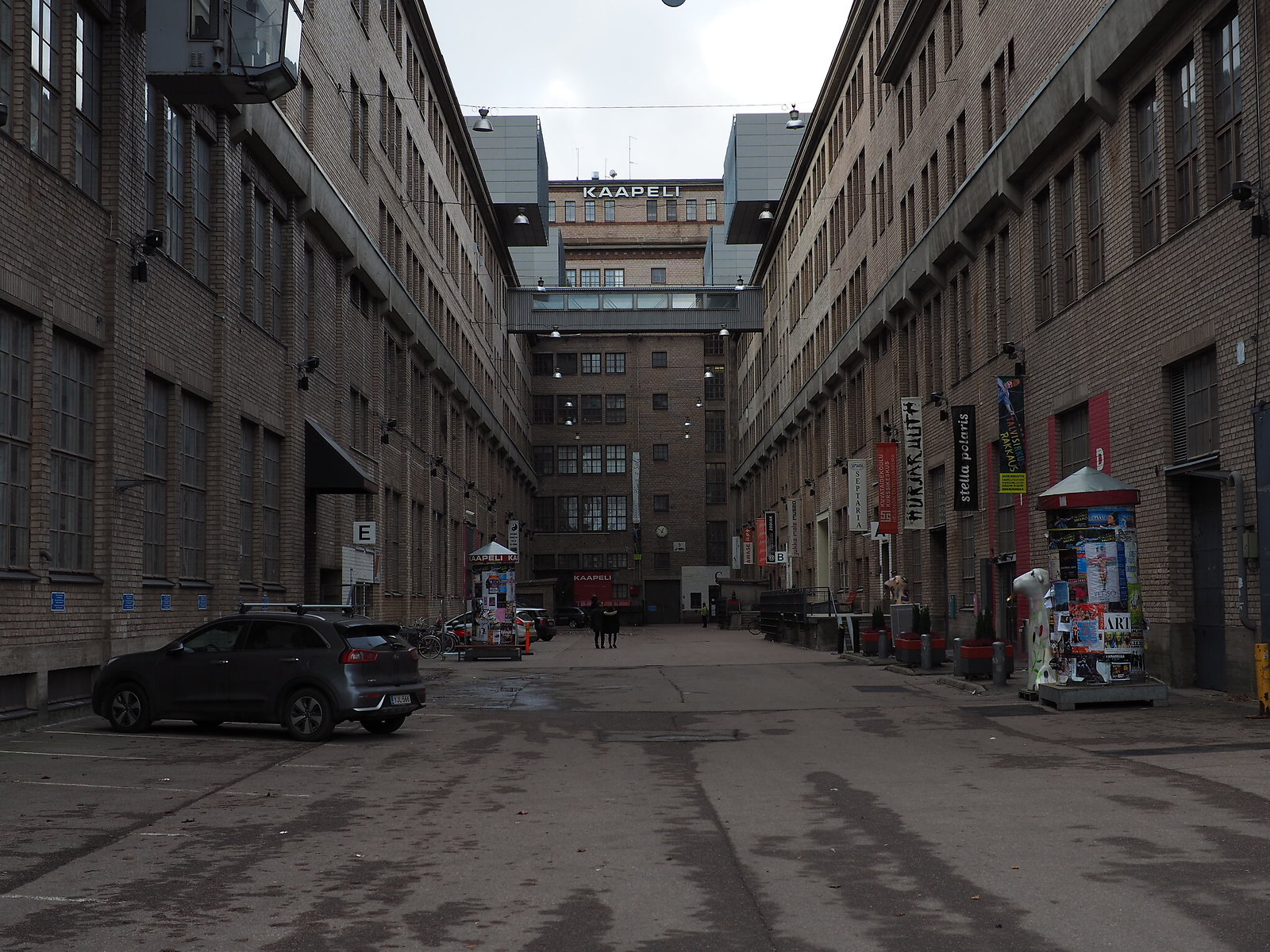 The building itself was the largest building in Finland until 70’s. And the manufacturing site of the most famous Finnish enterprise. If the sign KAAPELI (cable in Finnish) looks a bit familiar or at least the font, it’s no wonder, because the font is owned by Nokia, and this building used to be cable factory of Nokia. 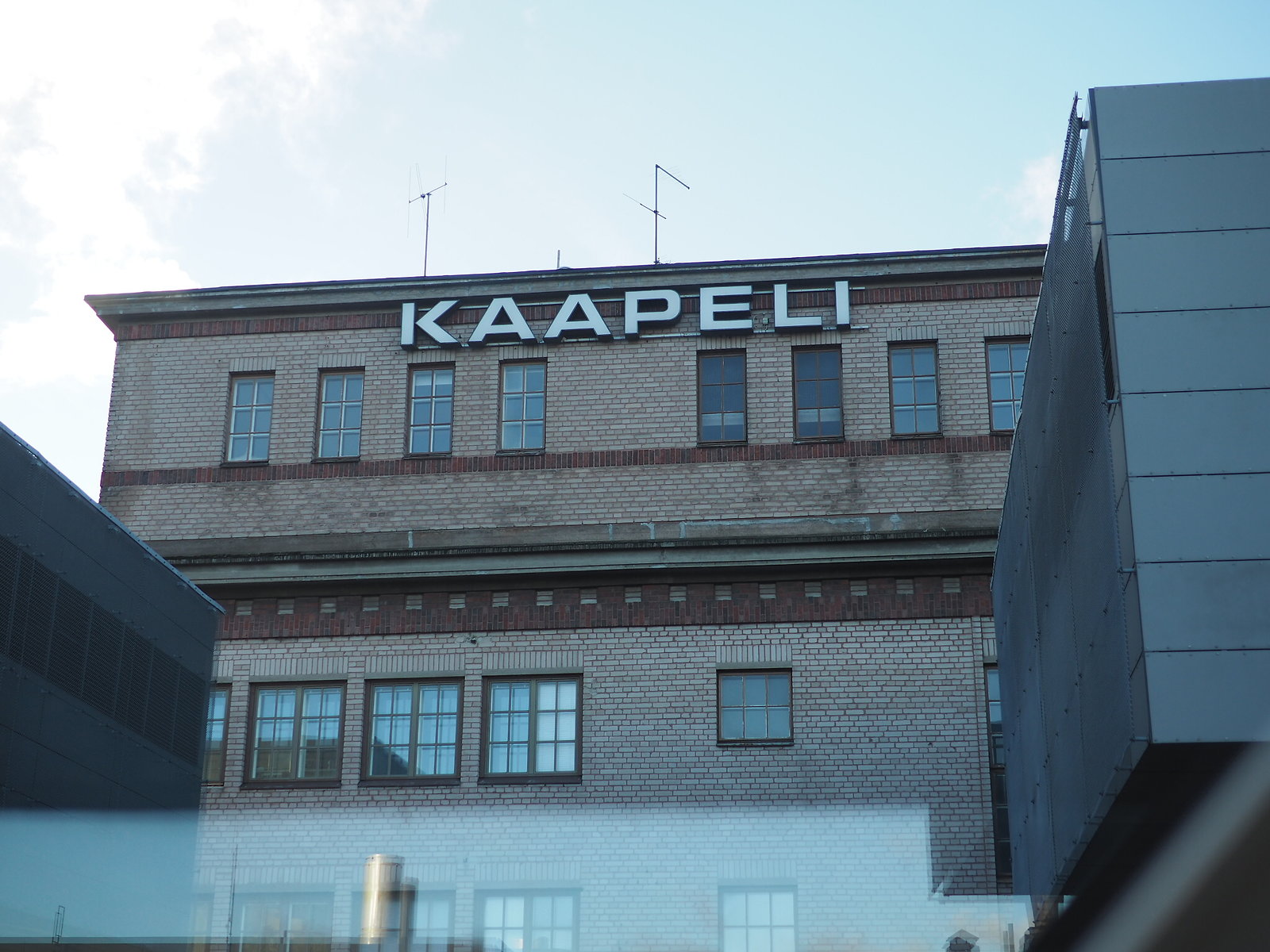 Some of the products Nokia has been famous of, rubber boots, cables and mobile phones. 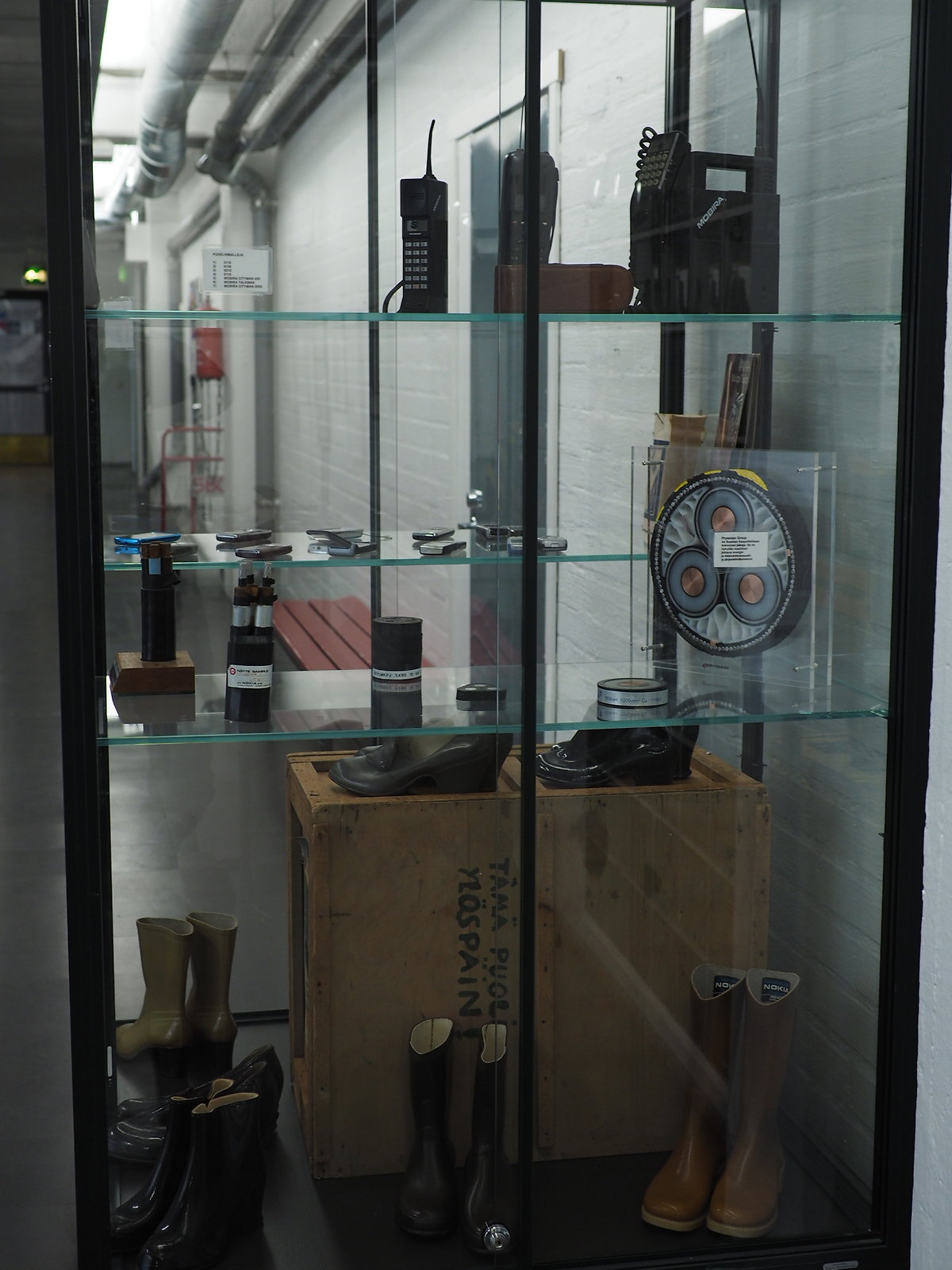 And the very first mobile ‘handset’ phone aka Gorba, named after Soviet president Gorbatchev who phoned with it to Moscow from Finland when being in official visit here in 1989. By the way Finnish prime minister Harri Holleri called the first GSM call in 1991 in Finland. Now the first letter of Nokia from the neon signs on top of the factory is re-cycled as a logo of dancing company Zodiak. 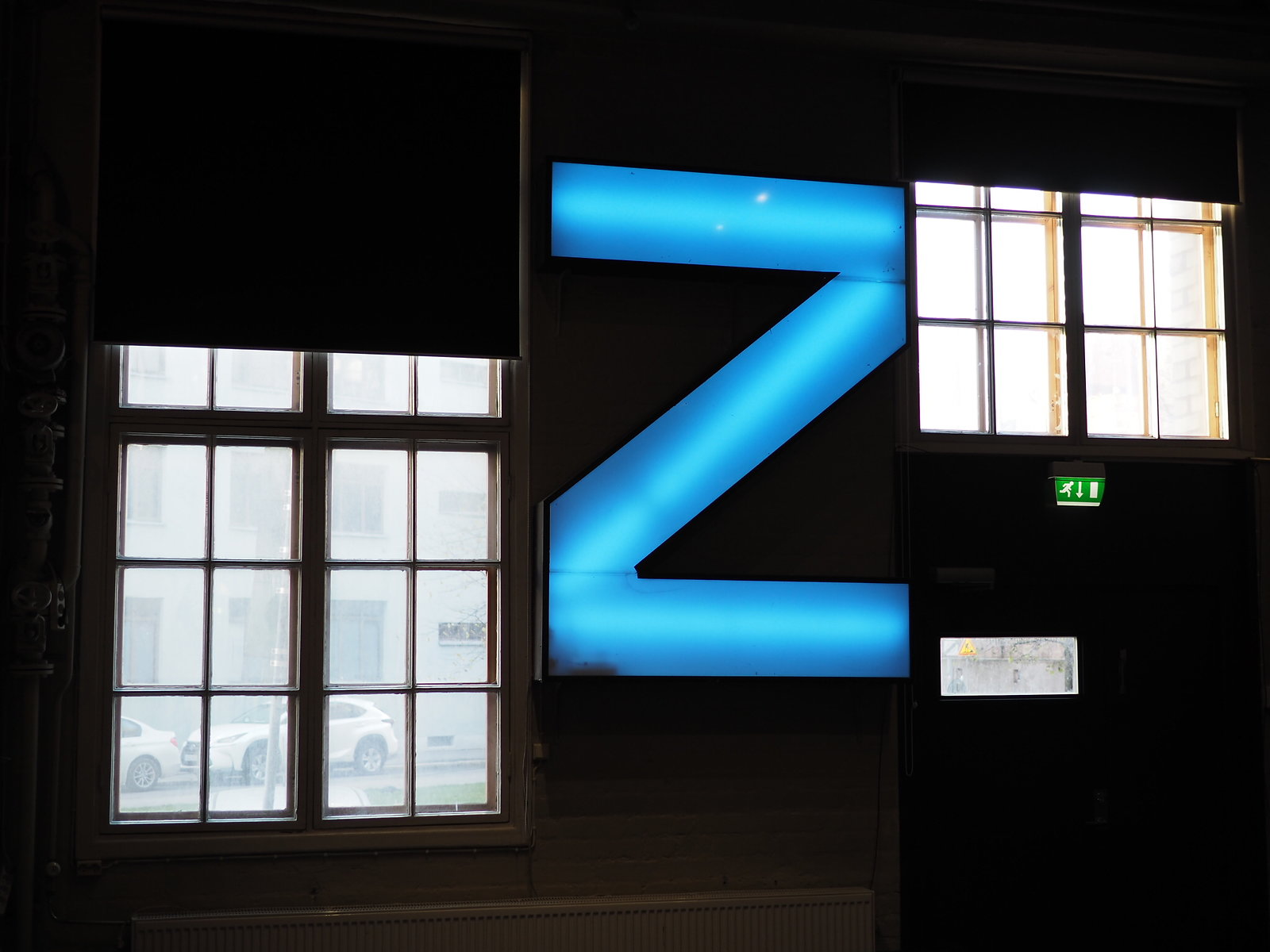 Behind this walls operates now a dance school, whose pupils have won almost everything possible in the dancing competitions in the world. Formerly there was the very first computer room in Finland. It was remarkable happening when the first mainframe computer landed to this country. And later in this computing center worked young operator named Keijo Rosberg. He quit his job when he was noticed too many times parking his Alfa Romeo a bit recklessly. He continued driving and he was later celebrated as the first Finnish Formula 1 champion, and he's known as Keke. His son is one Nico Rosberg, the German F1 champion. 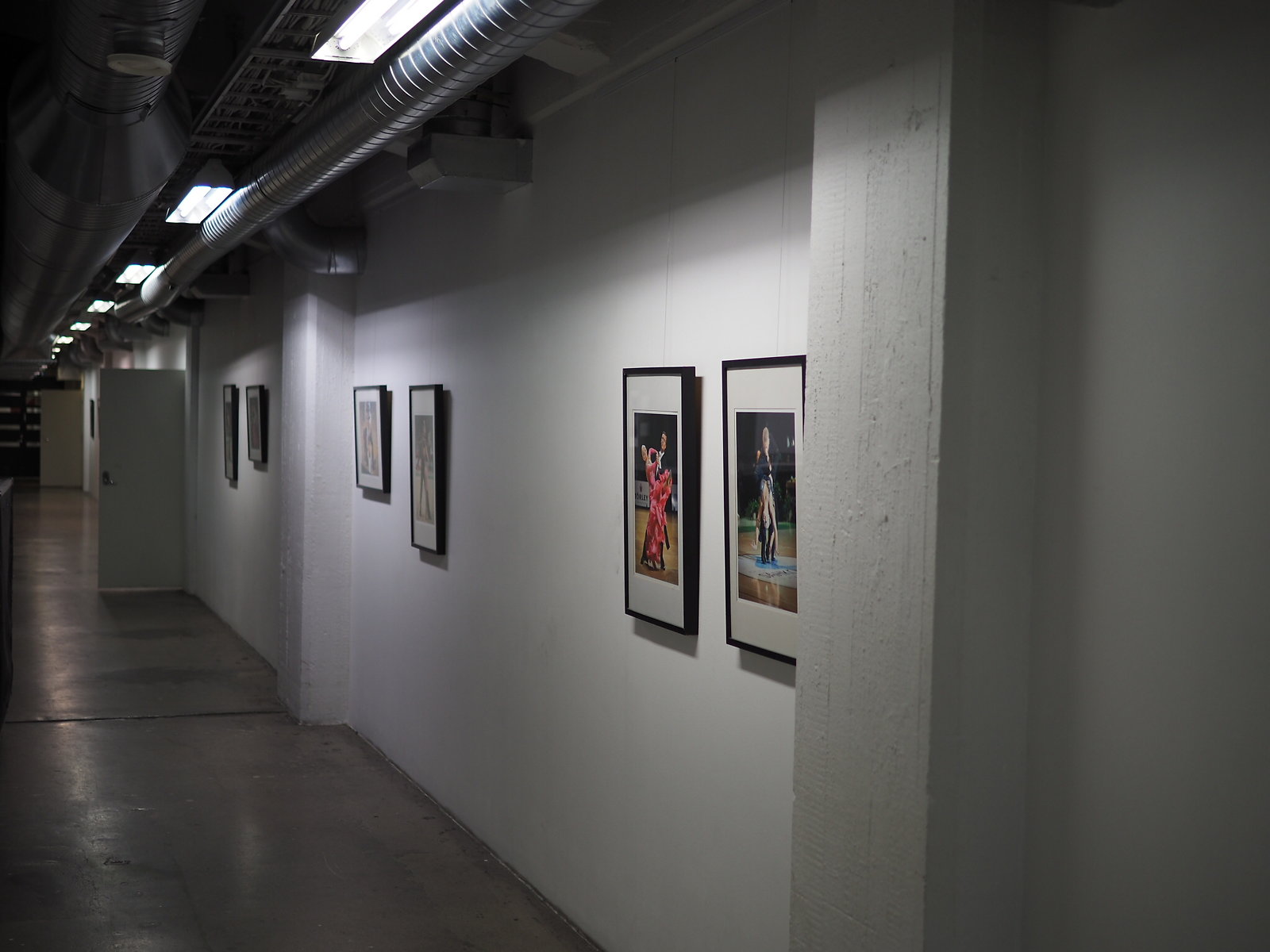 The Kaapeli is a training cave also for many bands, some of those are actually very famous hard rock bands, even globally. They don’t want publicity for their training facility, obviously, but the fame and related money can have started from very odd places. And when Rolling Stones visited Finland, Mick Jagger parked his cruising ship in front of the Kaapeli, and ate his breakfast in Kaapeli's cafeteria, naturally. 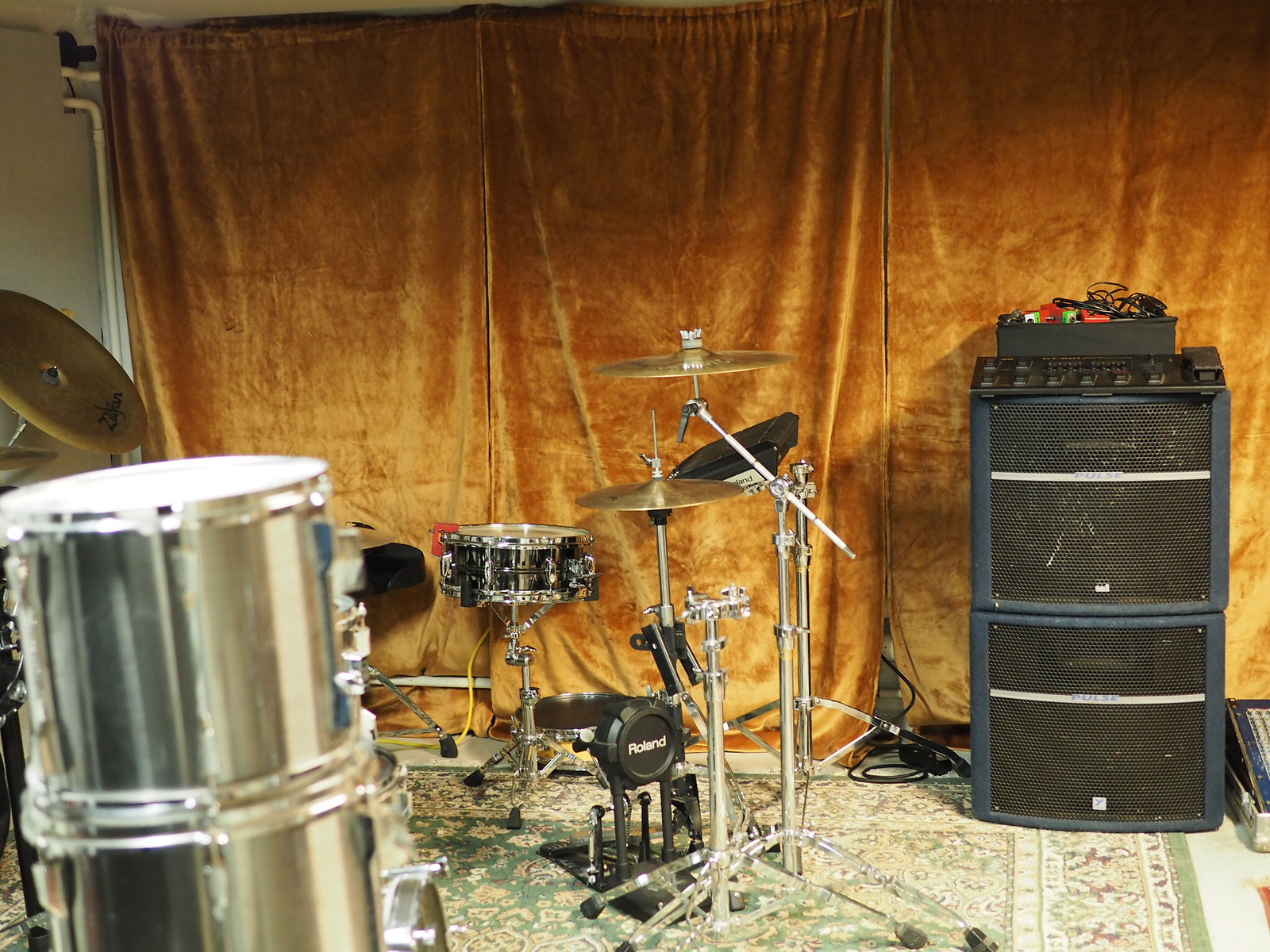 Some leftover parts found in the factory have been placed to the wall, without permission of course, by one artist. This is typical for the place, artists working on the place are not curated in anyway. It’s all based on trust and community. 75000 sq.m space and hundreds of tenants are managed by admin group of 18 people. 18 people in the whole operation. 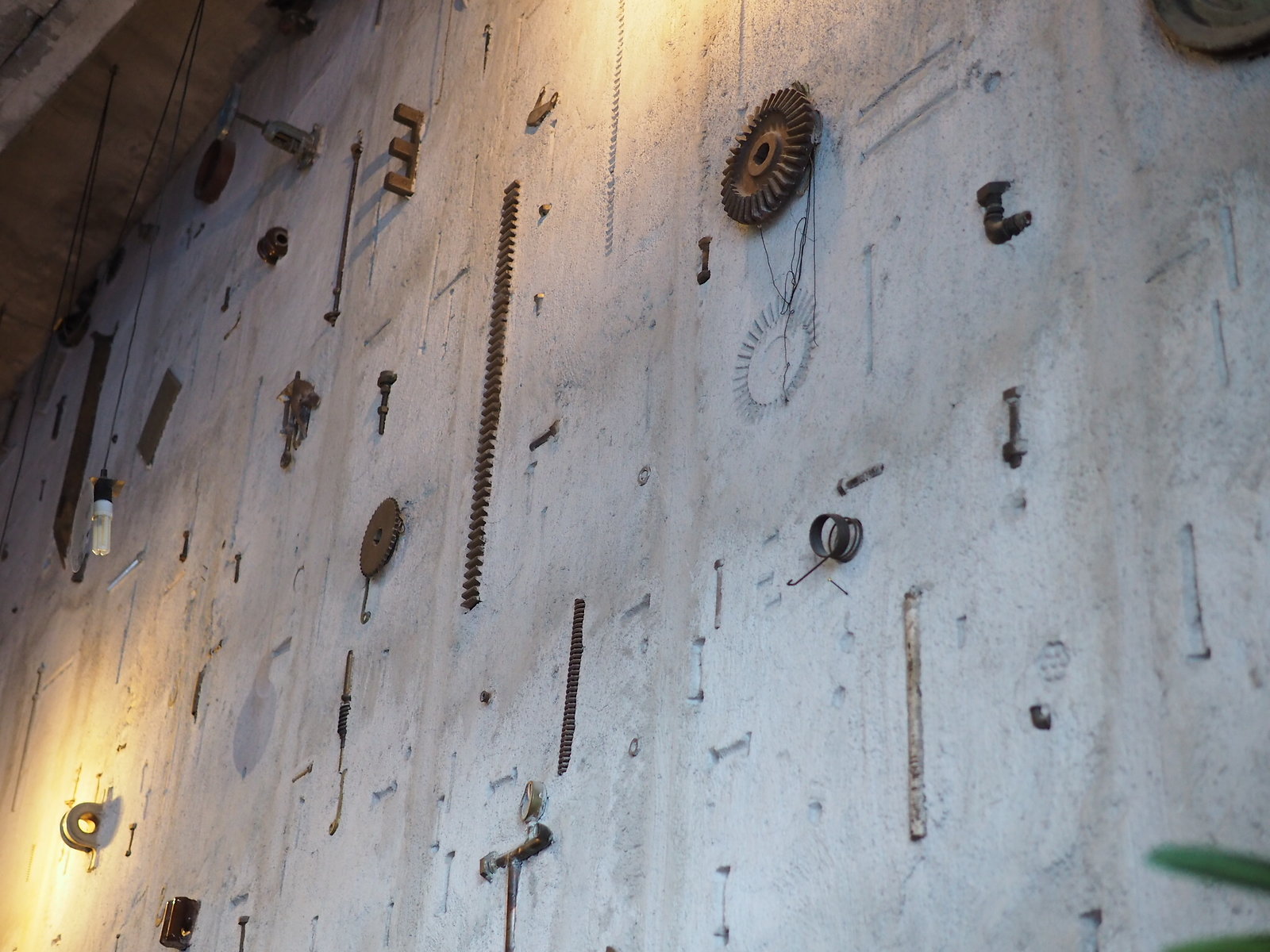 Movie industry or art, as we tend to see it, is also represented. When the whole building was about to be blown away 25 years ago, mr. Jörn Donner, the only Finnish Oscar winner, was one of the key figures who helped to save this building. Third from left in the small photo in the vitrine. Many films are then shot in these premises and Finnish movie gala is celebrated here, of course. 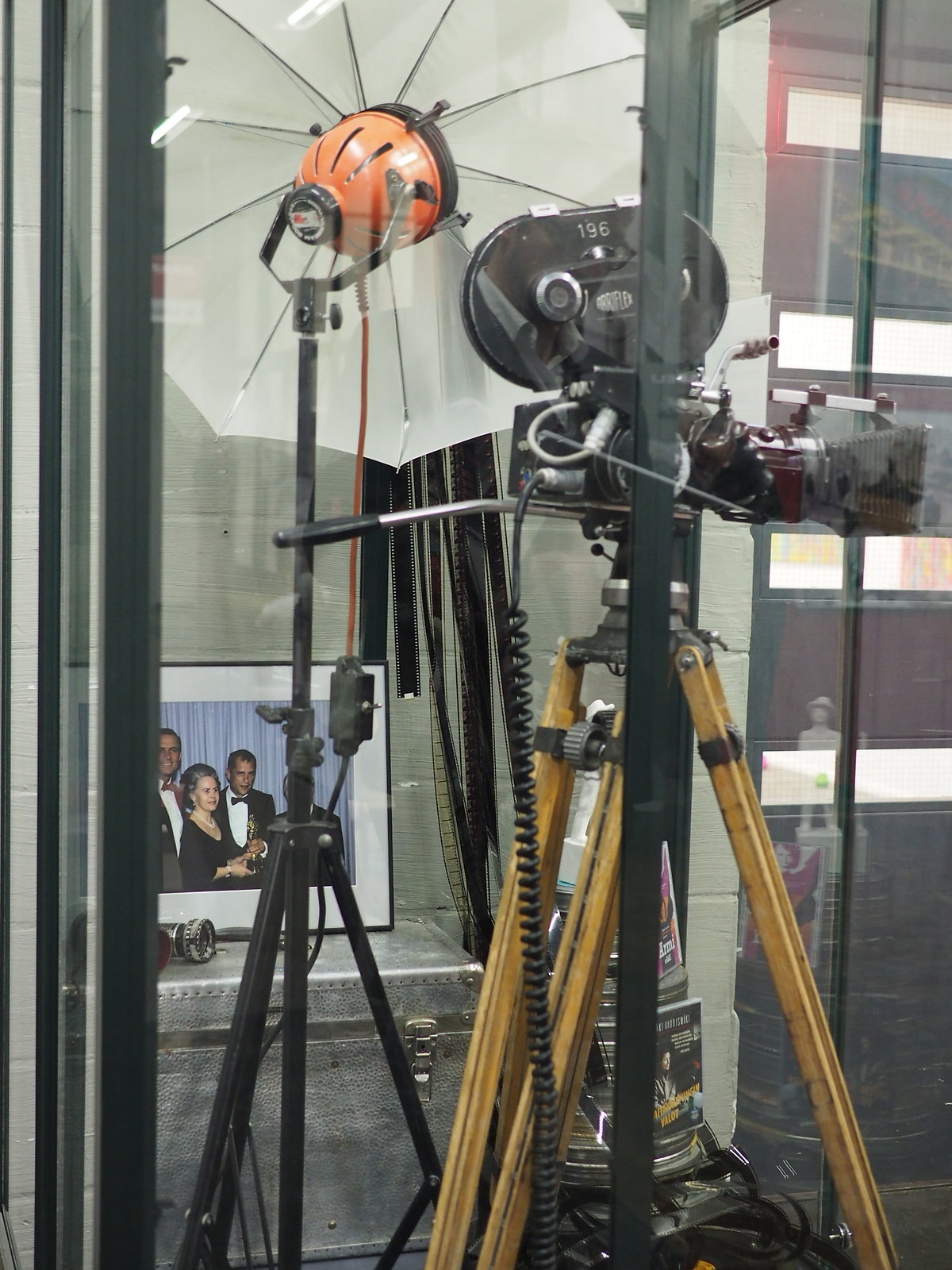 And what is Finnish building without sauna? Well, nothing. Here it is on the rooftop, over 35 meters from sea level, a log sauna, of course, inside the brick building. 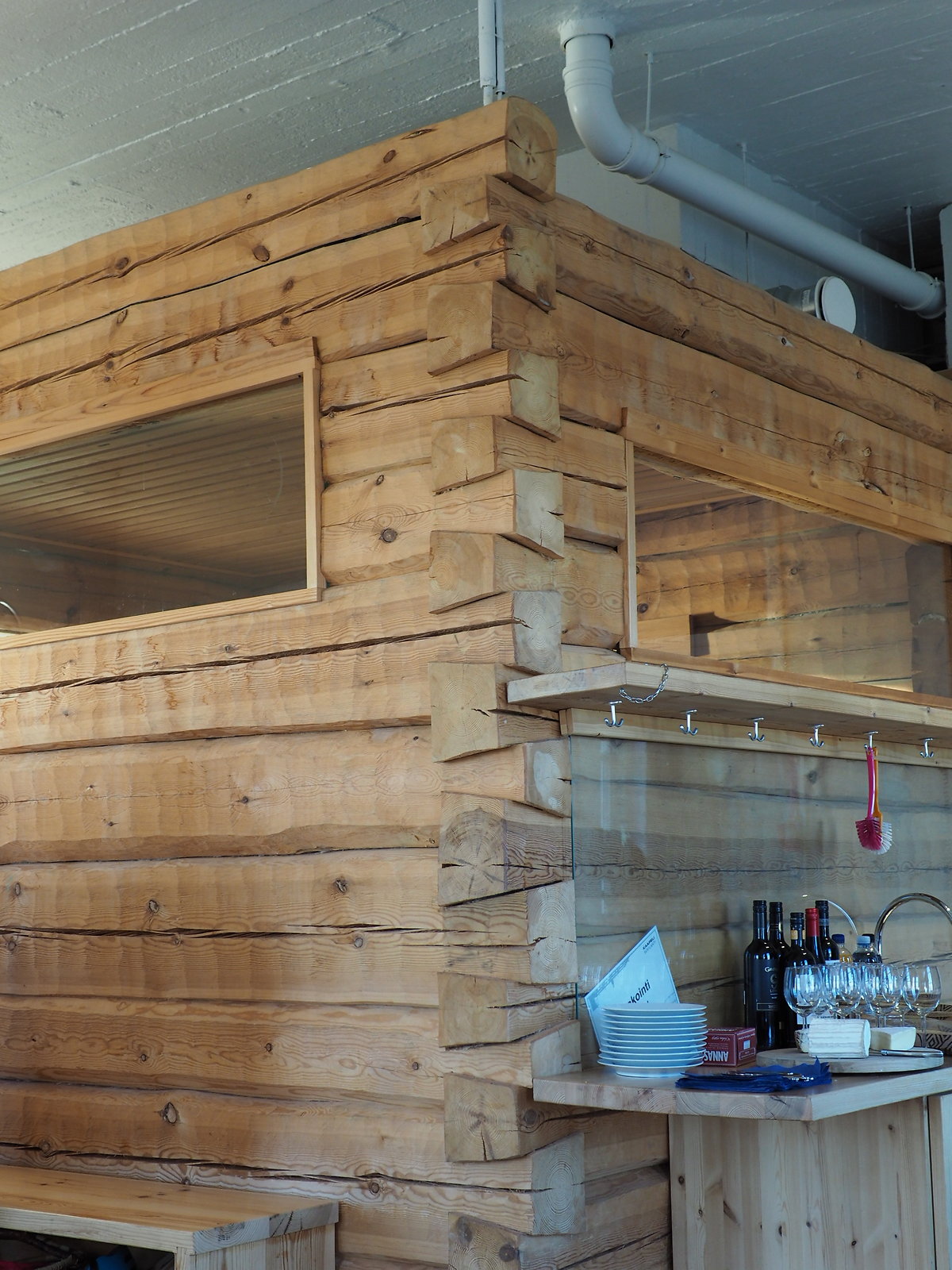 It wasn’t easy to build a sauna there, because of the security regulations, related to emergency exits. Sauna was in planning phase for 16 years. What made it possible had to do with the builder and the first managing director of this cable factory. He was an athlete, Olympic winner from Athens 1906, wrestler, and the first Russian Olympic winner, a Finnish wrestler: Verner Weckman. We weren’t totally independent at that time, you know. In 1952 Olympic Games were held in Finland, and there wasn’t so many places where to practice for the games. Finland was a very poor country. Mr. Weckman built a boxing gym inside the factory, but the wrestlers needed to train on the rooftop. And that practice area needed railings. What that got to do with the sauna? Well, when officials didn’t want to give permission to build the sauna, managers of present Kaapeli centre had an idea that emergency exit would be the flat area on the rooftop, from where the firefighters could rescue people in the case of emergency. However it needed railings. But the officials in museum agency refused to give permission for the railings, as not being suitable for the building. But the people at Kaapeli found an old photo from archive, where a British war ship was parked in front of the factory in 1952. Prince Phillip himself visited Olympic Games with that ship, and Weckman’s railings of the wrestlers training place were shown in the picture. And now there is the sauna on the rooftop. Lesson of the story, photography can really change the world 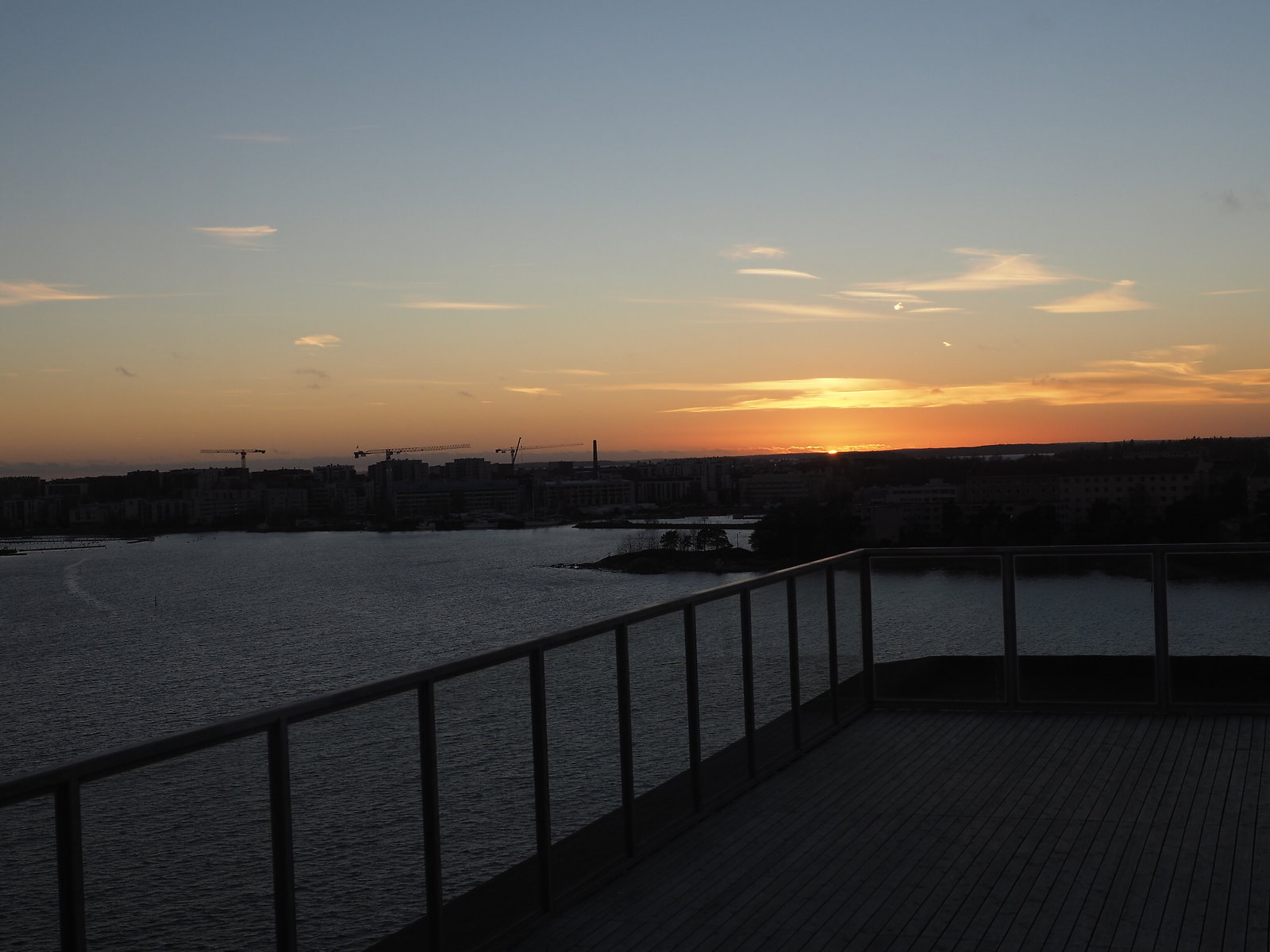 An interesting set of pictures.

Fascinating fact: For many years Nokia was the world’s largest manufacturer of digital cameras.