Moderator
As per Leica Rumors- 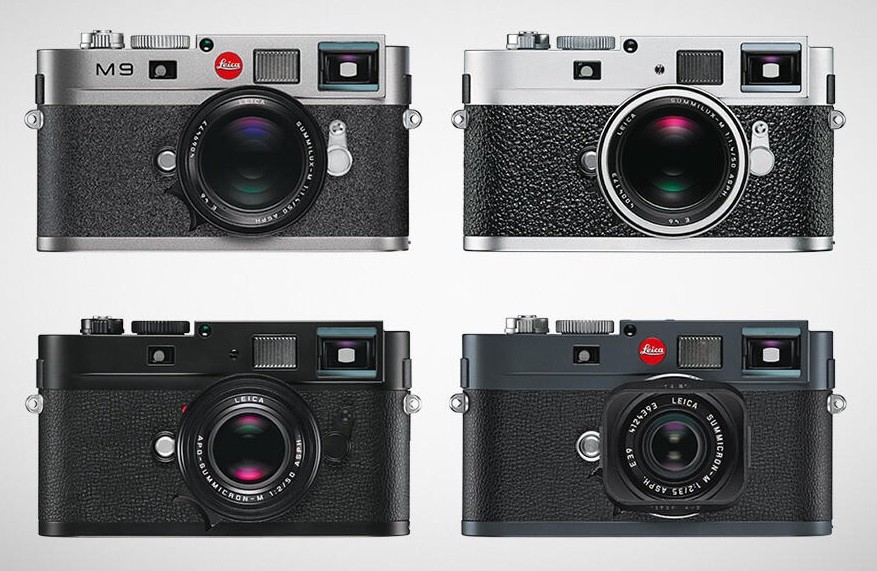 Leica M9 CCD sensors have been discontinued, defective sensors can no longer be replaced - Leica Rumors

This is no rumor- I've followed OnSemi, which bought out Kodak's CCD Division years ago. Last time I checked- almost all CCD products were gone from the product list. Same with Teledyne Dalsa- Full frame CCD sensors are no longer offered.

I'm glad both my cameras have the new sensors in them, the M Monochrom under Warranty and the M9 done for under $1K. Both cameras came back like new.

If you are looking to buy a CCD based Leica M- make sure it has the new sensor in it. Replacement CCD's are all gone.

Moderator
For anyone that wants to compare CCD based sensors with CMOS based sensors- this table is interesting.
CCD sensors do not have onchip signal processing, "what you capture is what you get". The CCD is an Analog device, digital conversion is done off-chip. Stored Raw images have very little processing applied. CMOS integrates analog over-sampling, digital conversion, and typically utilizes more signal processing in the "raw" image. Some of the numbers in this table show the differences between CCD and CMOS. The M Monochrom has better uniformity than either the M246 or M10m.

I've made the statement in the past that the M Monochrom has the lowest non-uniformity of any sensor that I've used. The low-noise level is amazing. I've looked at the numbers using custom code, but never generated metrics on performance. That- I used to do for digital sensors in the early 1980s.

This table is from the above website, the last two columns are dark signal non-uniformity (DSNU) and Photo Response Non Uniformity (PRNU) is - like Fixed Pattern Noise (FPN) - a way of expressing errors in the output from sensors. The lower the value, the better the raw image. I will never sell my M Monochrom, or M9. My M8 is one of the last in the production line. I'll keep it as well. 35 years ago- would have selected the M Monochrom based on the last two columns alone.

Moderator
My M9 went 7 years before the first signs of corrosion showed up. I had it replaced as soon as I found a first spot.

This is a humidity driven problem- if you are in a dry area, it might last much longer. The Kodak DCS14 series used the same S8612 cover glass.

Thanks Brian. I do have a dry cabinet for the majority of my lenses, Sydney gets pretty humid in the summer months, so shall have the M9M body in there when not in use.

Surely someone somewhere will provide maintenance for the CCD cameras, I really hope so anyway. I would also hope to get another 10 years out of mine but if not, maybe the M262 is the closest to that in terms of rendering.

Prices will drop now for the CCD-based cameras then.

akuiper said:
Prices will drop now for the CCD-based cameras then.
Click to expand...

Certainly! But they're also a much riskier "investment" now.

But then again, Leica offers the upgrade program where you exchange your M9 to an M10 model. It sets a market minimum value for a used M9.

Moderator
Prices will drop for cameras with the old CCD sensors in them, prices will go up for cameras with the new CCD sensors. The difference is the cover glass- which is cemented in place. There are shops that specialize in full-spectrum conversion. It would be worth contacting them. These shops take off the old glass, replace with new. The problem is the cover glass being cemented in place. BUT- there are also shops that take off the Bayer mosaic filter.

ONSemi has stopped offering CCD sensors, one CCD 50MPixel sensor is shown to be in stock. All others are no longer offered. The manufacturing of CCD sensors has been shutdown. Hamamatsu still makes CCD's, these are small sensors for the scientific market.

Leica states they will repair the camera, just does not have anymore CCD's. That is because the manufacturer stopped making them, not a decision that Leica could change. How long before the sensor dies? That happens eventually. My oldest CCD based camera is over 25 years old and works.

It looks like a few are still floating around. If you sourced your own, would Leica install it? (or are these the "old" sensors that will corrode?)

This place says it has over 5000 pieces in stock:

kaf-18500 Stock and Price by Distributor

LTL Group is your fully integrated global market solution that can help your business with supply chain management solutions that have been customized to meet your specific needs.

Moderator
The part number shown is for the sensor with the old cover glass, S-8612. The new cover glass is BG-55. I wonder if someone is buying the old CCD's and repairing them, like polish out the corrosion and apply a new protective layer.


The new part number for the KAF-18500 indicates that a different pigment is used in the RGB mosaic filter, "Pigment RGB Bayer, GEN 2". I downloaded the naming convention documents years ago- all this is gone from the website now. I also downloaded the KAF-18500 data sheet with the S-8612 cover glass, the data sheet for the BG-55 was never made public.

Leica replaced the CCD and circuit board as a unit. I doubt that they would do the replacement, it would be cost-prohibitive. Cheaoer to buy another camera with the new sensor in it.
Last edited: Aug 9, 2020

I'm glad Leica replaced the sensor in my M9 for free.

I don't think I'll ever part with my M9 unless something catastrophic happens to it. Testing it lately with my new replica 35mm f2 Summicron just reinforces my decision. The images are beautiful and sharp.

I spent about an hour fiddling with a hex wrench and the rangefinder adjustment a few months ago. I was hesitant to do so, but I ended up with it really perfect. Better than when Leica did the job. It's not something I would want to do again, I probably got lucky.

I'm even thinking about keeping my eye open for a "new" M9-P that has the new sensor.

Moderator
That sentiment is why I believe that the M9 and M Monochrom will go up in value- they are the last cameras of their type (full-frame CCD based) that will ever be made. The table for "sensor heat map" shows that CCD based sensors have salient features that are different from CMOS based sensors.

I would also consider picking up another M9 or M-E with a new sensor.

Wow! Leica isn't what it used to be in the olden silver oxide and celluloid days. Obviously even Leica, nowadays, is part of the consumerist fraud of modern globalised society...

Says I, fondly caressing my M3 with Summicron 50 mm. I'm feeling sorry for you guys spending all that dosh on Leicas with built-in obsolescence...

Have fun spending $$$ on some expired films

mike3996 said:
Have fun spending $$$ on some expired films
Click to expand...

Haven't used the body in ages. But when I do, I know it's going to work. Waiting for my C-41 collection to get to the right stage of ripeness. On the other foot, the Summicron is the reason I bought my first M4/3 body.
E-PM1 in silver. First, and only time, I bought a camera to match a lens...

I wouldn't go so far as to say that Leica is participating in any "consumerist fraud". The sensor is not being manufactured anymore. It's not under Leica's control. That's reality.

My collection of film cameras and vintage Leica probably dwarves yours. Enjoying vintage gear doesn't stop me from shooting digital. All have their merits.

M. Valdemar said:
I wouldn't go so far as to say that Leica is participating in any "consumerist fraud". The sensor is not being manufactured anymore. It's not under Leica's control. That's reality.

My collection of film cameras and vintage Leica probably dwarves yours. Enjoying vintage gear doesn't stop me from shooting digital. All have their merits.
Click to expand...

Pretty darn hard to do anything in business these days without participating in the rat race of ever increasing GNP.

But I stand properly humbled, and in awe of your collection.

M. Valdemar said:
I wouldn't go so far as to say that Leica is participating in any "consumerist fraud". The sensor is not being manufactured anymore. It's not under Leica's control. That's reality.

My collection of film cameras and vintage Leica probably dwarves yours. Enjoying vintage gear doesn't stop me from shooting digital. All have their merits.
Click to expand...

It dwarves my collection.

The new sensor will last a long time. With so many people getting new M10's, there will be plenty of cameras available for us CCD diehards.

Moderator
CCD's are expensive to manufacture. ONSEMI shutdown production and is selling off stock. They have the KAI 50MPixel CCD still in stock, but EOL is announced for it. No More CCD's for full-frame 35mm cameras.

When it was available, it was over $4K from Digi-Key.

Even at $1500 to replace the CCD, Leica was losing money. But- they kept doing it until ONSEMI ended production of CCD's, not just the one used in the M9 and M Monochrom.
Last edited: Aug 10, 2020

Leica Leica will replace defective sensors on the M9, M Monochrom, M-E and others with the KAF-18500 Free

R
Leica Is the M9 sensor replacement same as sensor in M240?