Just in time for Xmas and the holidays. Order early...

Got the Neiman Marcus iPad app, downloaded the Christmas Catalog, and took a screenshot. 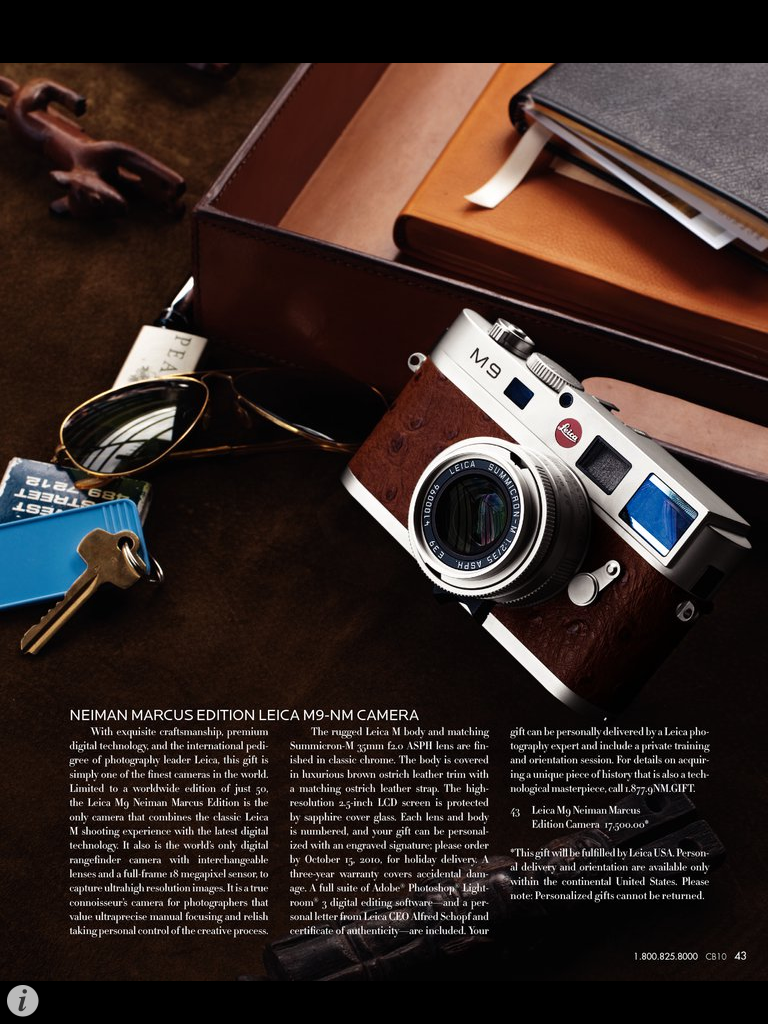 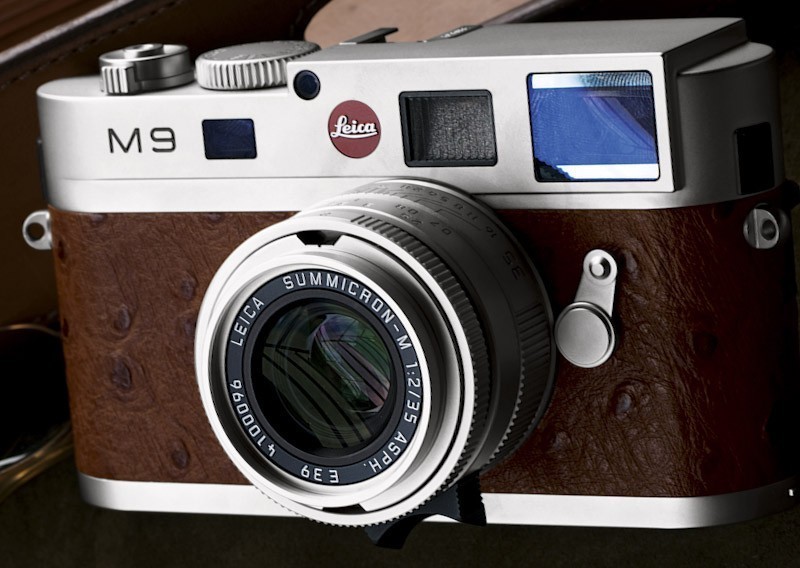 I don't think that brown "ostrich" skin is quite my style. Oh well, maybe next year...

Thanks you, two. I suppose if someone really has the means, they'll go for it...but I don't want this thread to digress into a morality tale here.

They also released the $20+k titanium M9 at photokina.. apparently the 500 they are going to make already got sold.

I hope they sell a whole boat load of these "special" editions that no one I know can afford.... it will fund future products for the rest of us.

If I had that type of cash to burn, I'd rather spend $5k+ more for the titanium M9. NM M9 seems to be just another leather job...

The most interesting thing about the NM M9 is the fact that it is finished in chrome. There are many M9 potential buyers that have been waiting for the "classic" chrome finish on an M9 (me included). For some odd reason Leica chose to sell the m9 only in grey and black PAINT....


btw... its not the first time they used "Ostrich skin". Same as my M6 titanium but in brown rather than black:

Completely agree on the titanium, but I have a fondness for titanium (my other weird collection is Titanium-nibbed fountain pens).

If I thought Don would like this ostrich skin version, I would have suggested it as a group present.