Looks nice. Too bad I probably won't be getting one within the next ten years ... Someone else needs to create a full frame digital RF utilizing the M mount. Should be able to sell lots of those even at $3-4K.

High price for entrance to Leica M, even for upgraders! Yes, lots of people would buy around $3-4K, esp after seeing SAR price survey for full frame Sony mirrorless. After that I see more people start to look for Speed Booster adapters. Sony full frame will not have RF and also I don't know what they will do on the wide side, esp under 35mm. Even nex-7 has problems with wide angles rf lenses...


Armanius said:
Looks nice. Too bad I probably won't be getting one within the next ten years ... Someone else needs to create a full frame digital RF utilizing the M mount. Should be able to sell lots of those even at $3-4K.
Click to expand...

Here is the dxo score for new M:
DxOMark - Comparisons 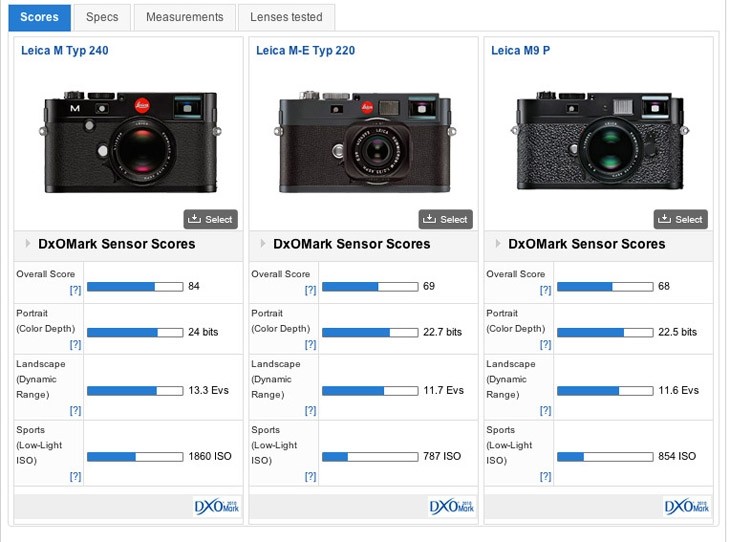 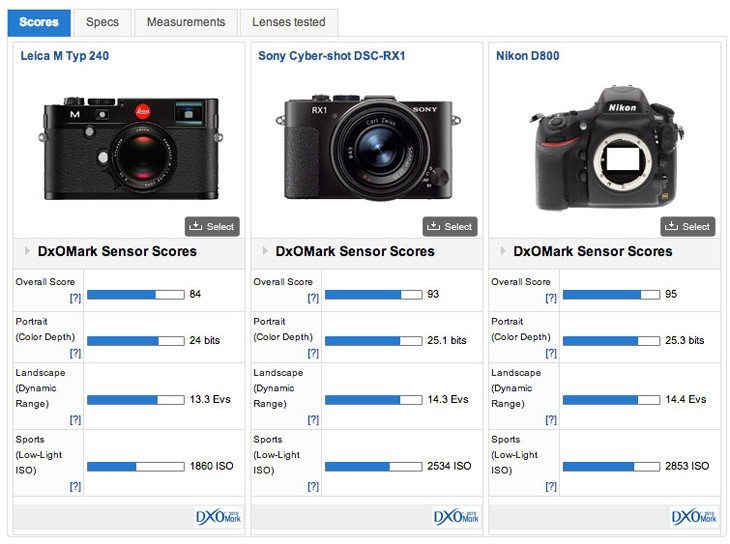 Featuring a new higher resolution sensor and updated functionality expectations are high for the new Leica M and it doesn’t disappoint. Although remaining true to their ‘no gimmicks’ approach the addition of an improved LCD screen with live view, as well as the increased ISO sensitivity range are welcome additions that update Leica’s digital rangefinder for the modern era.

So a big step in the right direction although the new sensor doesn’t quite match the heights of the best sensors DxOMark have tested or those of flagship DSLRs. Compared to the best sensors the Leica M is a little off the pace with the Sony RX1 and Nikon D800 boasting around +1 Stop better image quality overall.

Against the Nikon D4 and Canon 1Dx the overall scores indicate the Leica M is either better or not far off in terms of Colour Sensitivity and Dynamic Range. These overall scores are a little misleading however as image quality on the M drops quickly as ISO sensitivity is increased compared to this DSLR competition, which deliver a more consistent performance up to ISO 3200.

Nonetheless a welcome improvement in image quality demonstrates Leica made a wise choice switching to a CMOS sensor. If you’re after a Leica digital rangefinder and your budget can stretch to $6950 the new M offers better image quality, features and functions compared to the $5450 M-E Typ 220.
Click to expand...

$3-4K just aint going to happen in a FF digital rangefinder anytime soon. The Sony fixed lens camera is nearly $3K. Anyway, even if Sony do build one there'll be 4 new bodies in the first year and only two average superzooms released for it. Sony don't need a new body. They need a few lenses that can out resolve the NEX7 sensor. If you want a competitor you want Fuji. But the camera will be bigger as will the lenses.

The new M competes, price wise, against the top cameras from Canon and Nikon quite favourably. I don't see any issue with the price of the camera. It's the lens prices that'll make your eye bleed. $4K for a 135mm that has the same angle of view and DOF carachteristics as an $800.00 Olympus 75mm 1.8 is going to make tou stop for a second. It did for me.