I think I have mentioned this elsewhere but M10-R is a bit cheaper than M10-P and offers a much improved sensor. You get all the M10-P goodies: touch screen, quiet shutter. The downside is that you have to endure the red dot and no engraving on top.

This is the next camera for me, I'm quite certain. My dreams about downgrading to M4/3 are vanishing as the format is sadly going down and there's not one "perfect body" out there.

I haven't been able to see M10 in person but some youtube videos light up how the live view looks like in indoor lighting conditions: looks fluid enough.

I'm quite a sloppy shooter myself (you've seen my compositions) and I know I should be carefully metering ETTR because Leica tends to clip the highlights for the slightest of reasons. Sometimes I just don't want to do the right thing because seeing dark images back of my camera is not super motivating. M10R is the first digital Leica M that forgives metering mistakes both ways. In a way, it is several steps closer to print film shooting experience. M10R forgives more.

Quite interestingly, M10R has a thicker cover glass than the previous digital M's. But the corner performance has only gone up! Colors don't shift nearly as much.

Live view is the thing that I most wish upgraded from my M240 shooting. Sure I do prefer the OVF when I can use it; sometimes the LV and EVF is the best thing, for example when I mount an UWA and want to compose TTL. Or do macro work with extenders. Or perhaps I want to shoot my future Nikkor-P Sonnar on Leica or just want to goof off with a cheap shift lens. My wish is that Leica M offered me good experiences on both RF shooting and EVF-TTL shooting. M240 offers a good RF, doesn't offer good EVF. Hence, I wait and wait for maybe the next M bets big on the EVF.

I was supposed to wait for M11 but what are the chances, realistically, that it is going to offer a much improved LV experience. Not very good I think. Higher refresh rates and such will tax the sensor, drain the battery faster. It could have a better battery life for sure but now am I going to pay big bucks for a camera just for its enhanced battery life? I strongly believe that M11 is going to be delayed because M10R has the biggest goods already. There's also the theory that M10R is the M11 because Leica, being Germans, wanted to keep M10 model name because the body didn't change.

What do you think M11 has to offer, if anything?

I am also contemplating this direction, and having much odd glass (Voigtlander, Jupiter, Russar, Orion etc. - the usual stuff to play with) I think that there is a good reason, the better handling of these wide lenses.
Surprising for me though is that already my M240 has no trouble with the Orion-15 28mm uncoded nor with the M-Rokkor 28mm that can't even be coded, while Leica glass is much more pricky.

Regarding colour palette, I love the M9 (though many think it is toooo much) and for that reason I admire the M10 (a bit subdued but still in that quality segment: detailed and still colourful with an exuberation of small detail acuity). The M10-R is said to be more "neutral" meaning I hold my breath. It makes me aftraid that the baseline is like the M240 again.

Just yesterday I noticed that Capture One has a second version M240 generic V2 ICC profile - And it is very much to my liking. I will try to apply that as reference when importing, no need to go M10 then for now ! :roflmao: In several recent pictures it gives precicely the added charm I was looking for. Kudus to the C1 team. LOL.

As regards the M11, I hope
And so we have this endless battle of the engineers, of the testers and professional feedback - what to optimise this time. And what to claim as sales argument.
Last edited: Sep 10, 2020

With raw files you can set up an automated color (un)casting to your files, much like you found the V2 profile. If no such profile was found, I'm sure the pro tools all support having some adjustments made automatically upon opening the file.

Some people wish for an IBIS but where's the space in the camera body? Leica for certain can't now back out from the slim dimensions.

Frankly the next body I wish came out was M10-R-P for that engraving and removed dot!

I see that S5 lost some of IBIS magic for videos in comparison to S1 series, eg smaller size with smaller IBIS maybe... Sony is coming up with smaller FF A7C with IBIS next week but no rf vf, only evf of course: 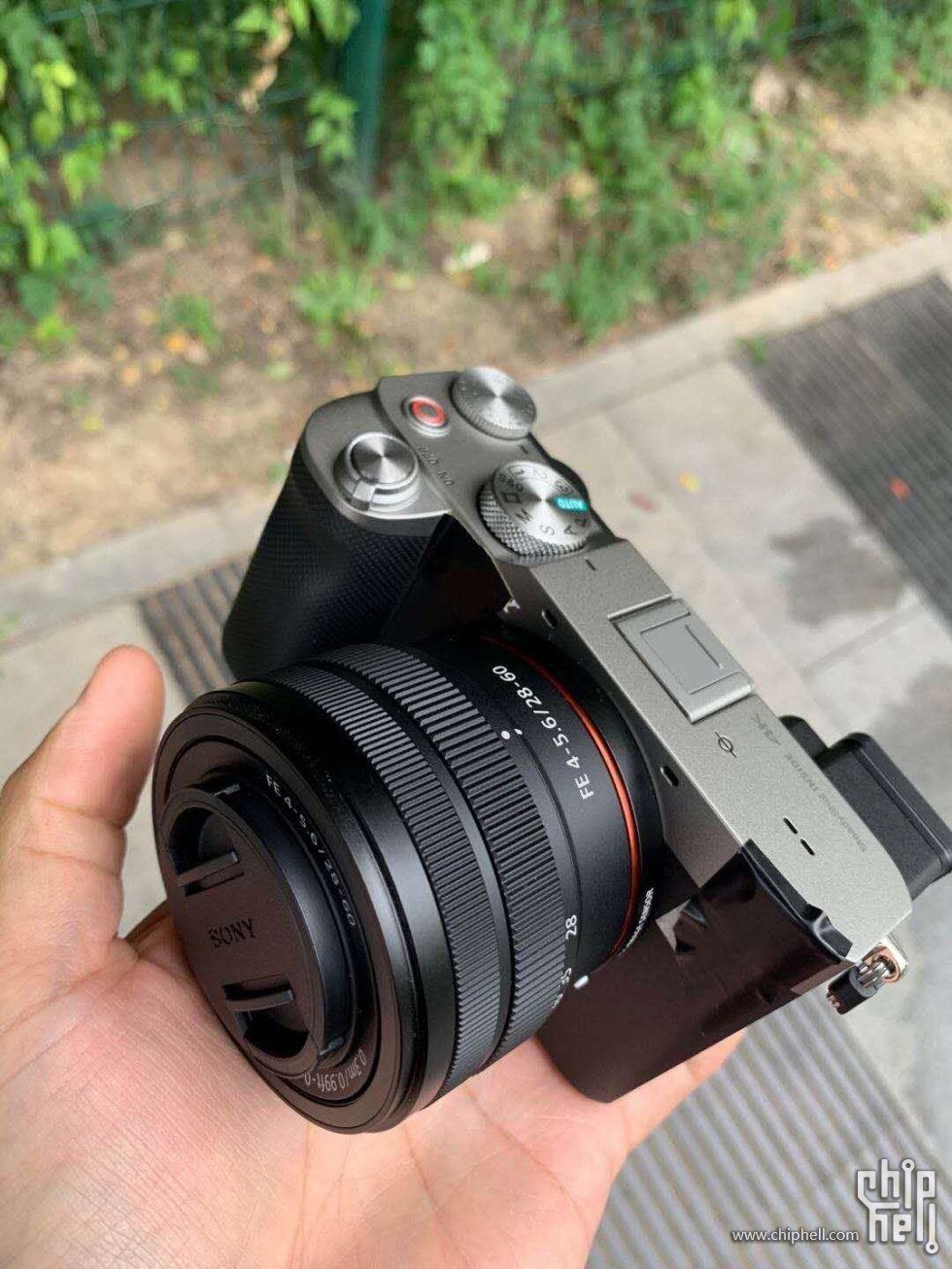 mike3996 said:
Some people wish for an IBIS but where's the space in the camera body? Leica for certain can't now back out from the slim dimensions.

Frankly the next body I wish came out was M10-R-P for that engraving and removed dot!
Click to expand...

So who is buying the M-10P Reporter? Only 450 pieces were released and it comes with Kevlar cover for $8,795.... I guess M11 will be further away as Leica has not started the M10R special editions.... 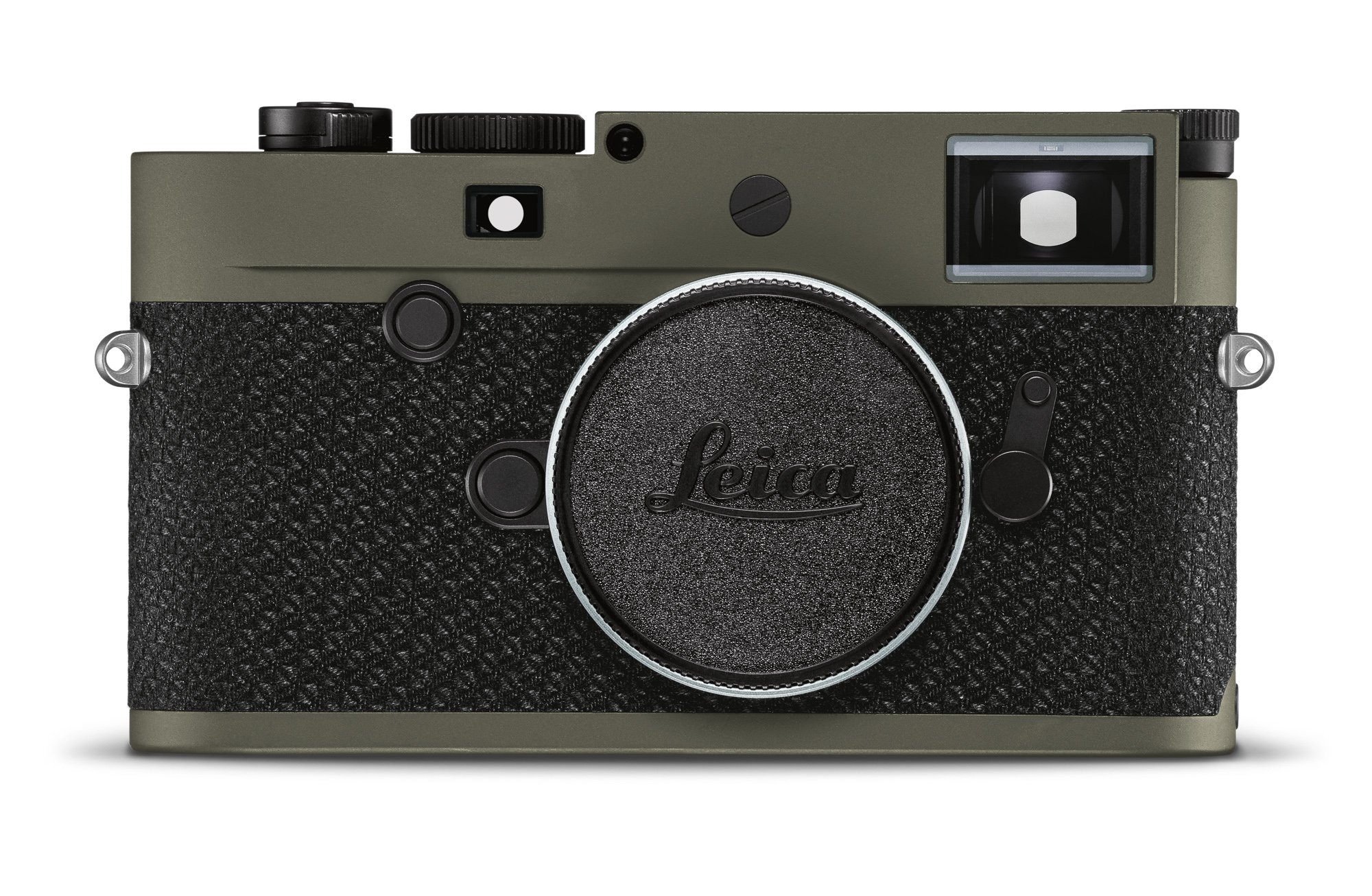 Moderator
I still the the M9 and M Monochrom too much, and am not one for the special-editions. In the digital age, "special editions" are not going to hold value like the film days. Some sellers still think that the special editions carry a premium.

BrianS said:
Some sellers still think that the special editions carry a premium.
Click to expand...

Moderator
How to make a perfectly good looking camera butt-ugly and then try to get an extra $6500 for it. 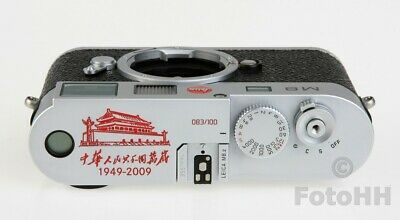 With dedication, we inform you about the special features of a Leica and guide you to the right choice. We will be more then happy to answer those for you. Very,very hard to find and actually only have seen the golden edition coming by on e-bay butnever this silver edition !
www.ebay.com

Brian said:
How to make a perfectly good looking camera butt-ugly and then try to get an extra $6500 for it.

With dedication, we inform you about the special features of a Leica and guide you to the right choice. We will be more then happy to answer those for you. Very,very hard to find and actually only have seen the golden edition coming by on e-bay butnever this silver edition !
www.ebay.com

Interesting that the PRC celebrates its 60th with a tool of the running dogs of capitalism. Deng Sho-ping sure changed the state's approach to economics. In '88 they rode bicycles in Beijing. Now it is traffic jams of luxury cars. My how times have changed, in the cities.