Leica Leica M9P in the eyes of a M240P shooter

So I went ahead and got myself a neat Leica M9-P.

This move was totally bonkersville for me because I've been shooting my M240-P happily for 2.5 years and what shortcomings this camera has, it is the M10 lineup that fixes them for me, not M9...
While those benefits and niceties exist, it's a lot of money to upgrade from M240 to M10, and there are even some mild downsides as well. Battery life being the foremost thing. 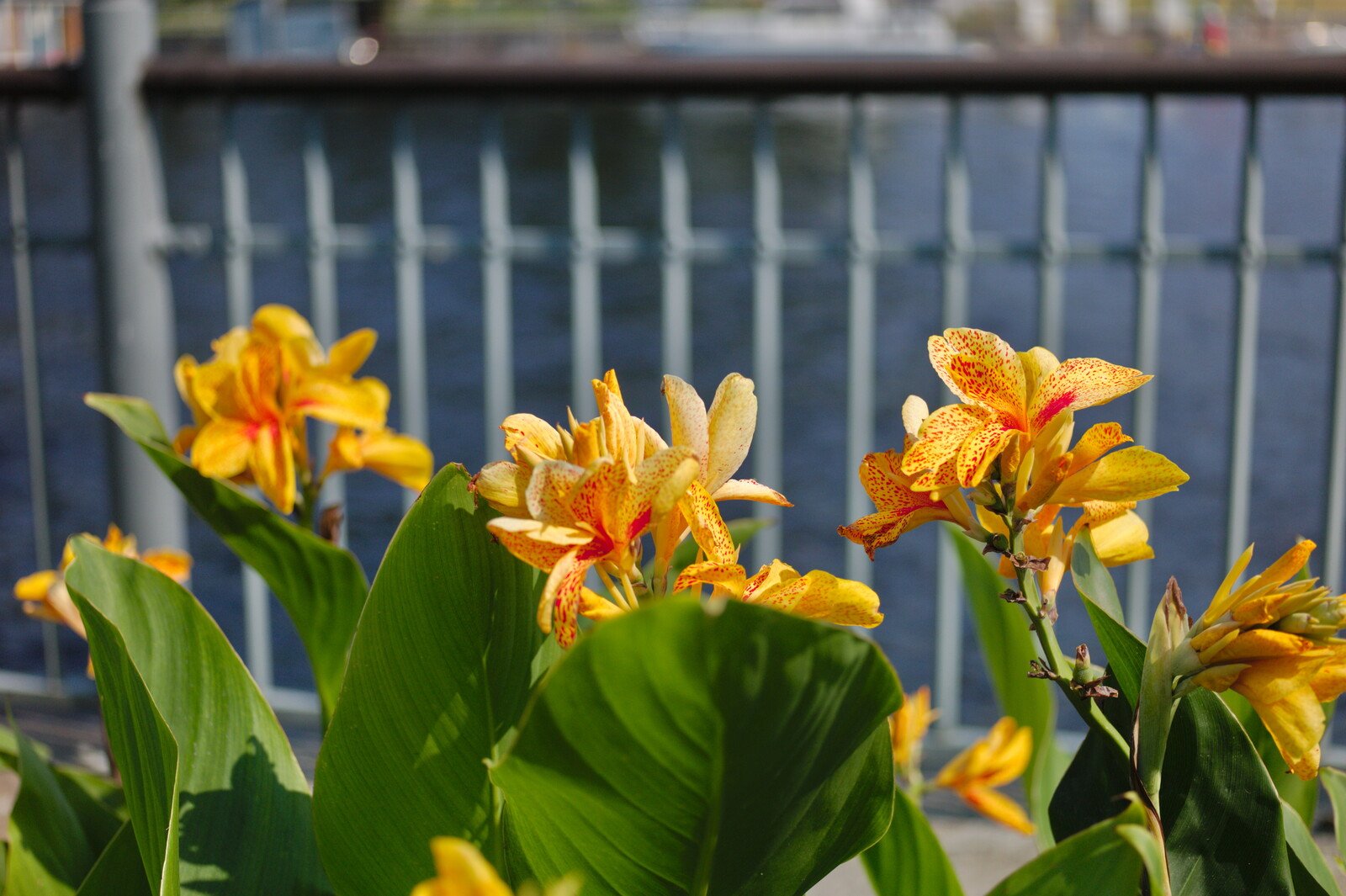 Subscribe to see EXIF info for this image (if available)
Colors "kept" but lifted shadows from the background and leaves.​
Yet I have gone for M9-P. I will be shooting the two M cameras side-by-side for a while and evaluate things.

There's no denying that M9-P (in silver) must be one of the prettiest digital cameras of all time. Frameline illuminator window, the works. I hope I can find reasons for my purchase other than the looks... Much like some cameras before M9P I bought them for a price that I thought made them safe bets for good reselling later on. If I don't like the M9 experience, I'll sell it for little loss and gain the experience from it.

The first impressions after 24 hours of ownership

I visited a nearby town 90 minutes away where I picked up the camera and a new lens (CV 35/1.4 Classic) and I made it a minivacation by booking a room overnight. It's been a heat wave around here and it wasn't all that easy to spend much time on one's feet but I got my touristy shots and some nice lakescapes. I approximate about 12 hours "shooting time" outside. 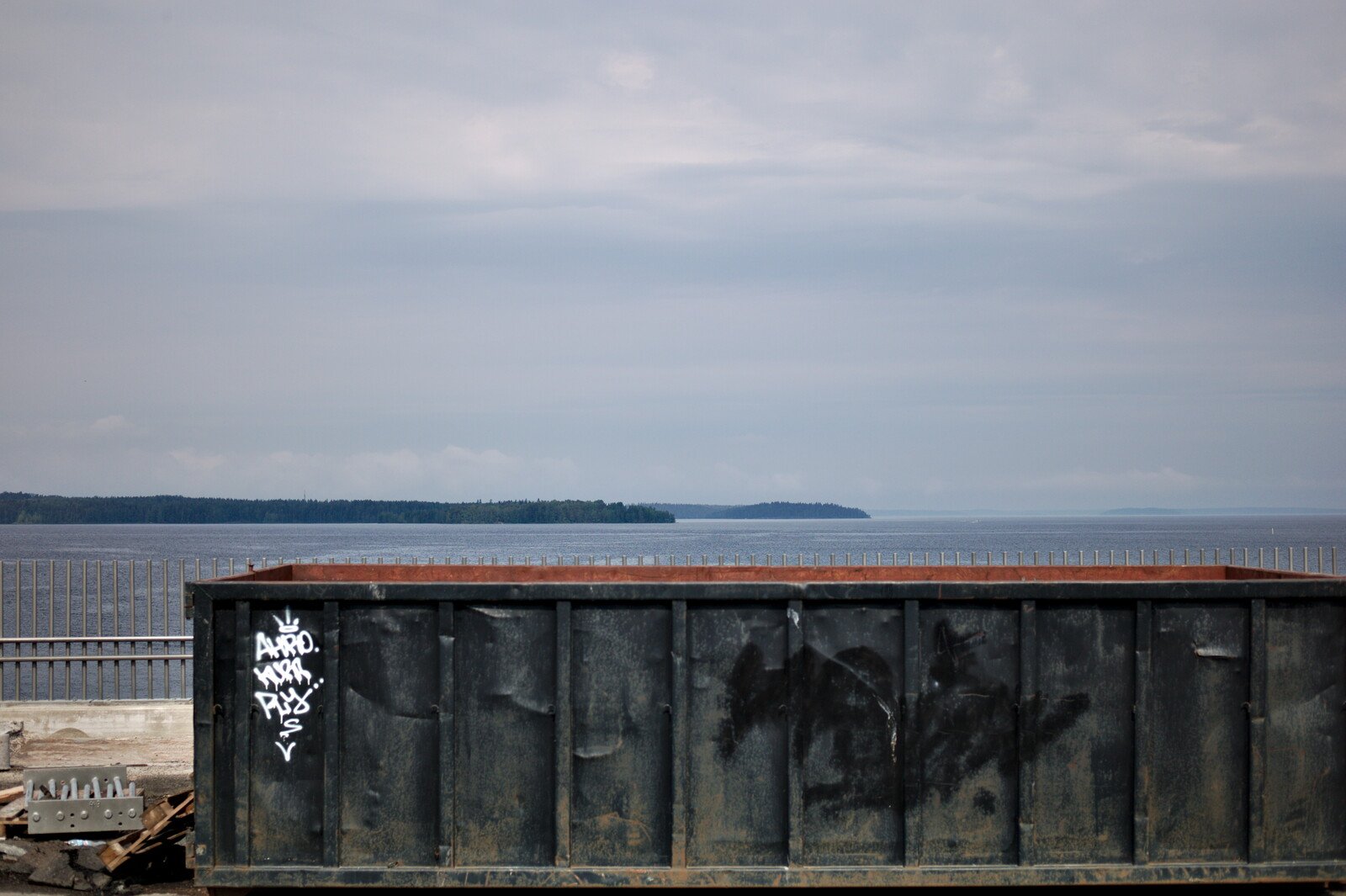 Subscribe to see EXIF info for this image (if available)
Colors "kept intact", applied contrast.​
Here's the immediate first impressions about M9 for someone who'd been shooting the 3-years-newer model MP240.

Some early notes from the processing/pixel peeping 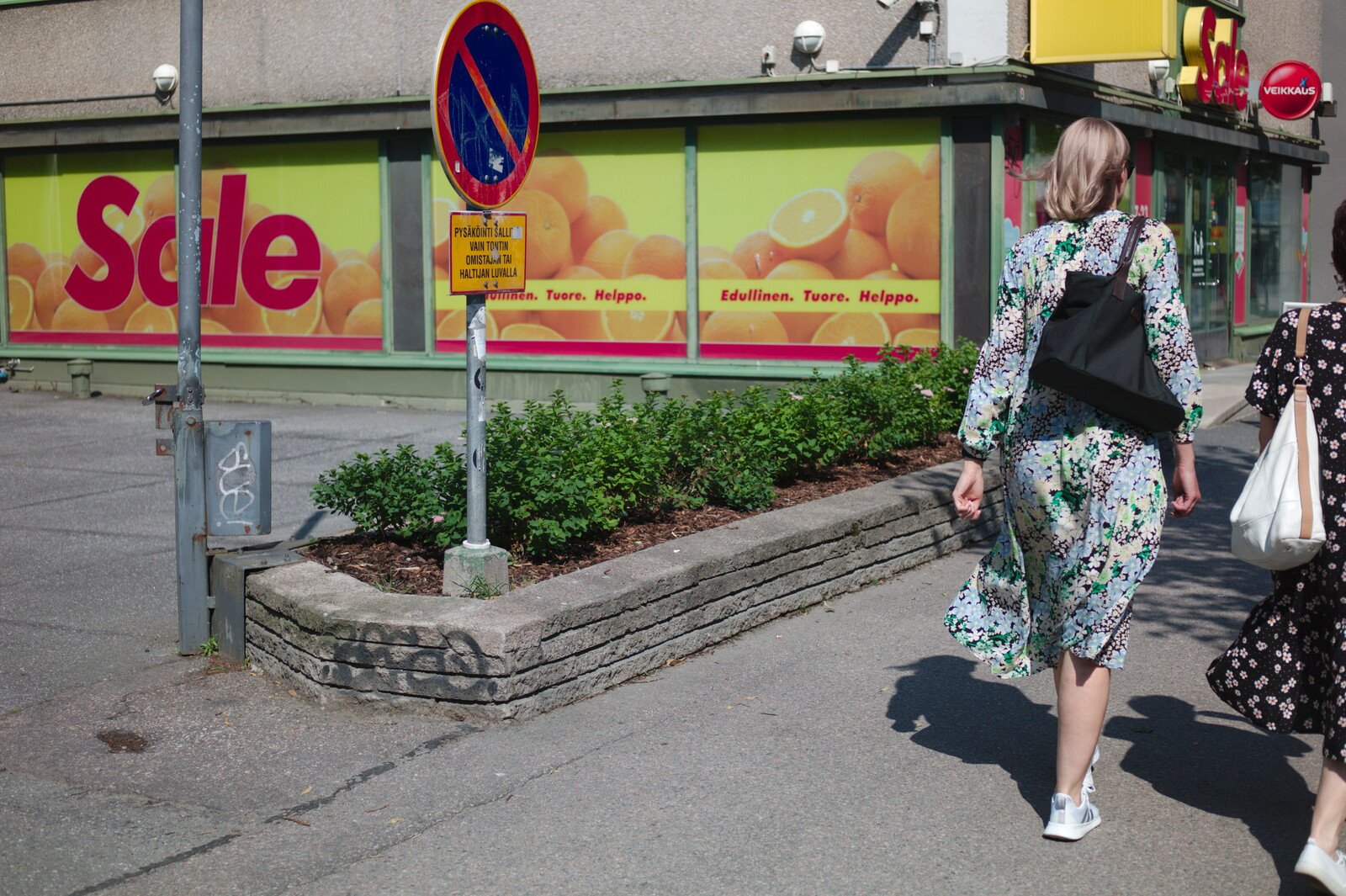 Subscribe to see EXIF info for this image (if available)
Maybe the very cold-running auto white balance of M9P in part contributes to the Kodachrome look? "SOOC" out of camera.​
Last edited: Jun 22, 2021

Congrats.
Yes, that has been my observation too, that is, with the M8. Very often I had camera movement from engaging the release, wobbles that showed up in the picture from light points in the picture.
It almost never happens in the M240.
So soft-release is really super in the 240 family.

If it turns out you can’t see “the look” of the files compared to your M240 (and there’s nothing wrong with that, this thing of ours is subjective) then you might want to sell it and remain with your M240 or maybe sell it and the M240 for an M10?

rayvonn said:
If it turns out you can’t see “the look” of the files compared to your M240 (and there’s nothing wrong with that, this thing of ours is subjective) then you might want to sell it and remain with your M240 or maybe sell it and the M240 for an M10?
Click to expand...

This is precisely what I intend to find out. This purchase was never meant to be a final decision for me. I have every intention of selling whichever M I decide to sell.

The shutter "shock" right now bums me out, that's a huge plus towards M240 in my book. I will try soft trigger on the M9 and just shoot more, see if the problem eases with practice.

I think I should give M9 a prolonged period, maybe 3-6 months with a month of exclusive M9 shooting time, before making a decision.

The fact is after all that I "grew up" with the M240 and as such I like the color and everything it has to offer. Hell, I even like the thickness and weight!

And yes, after a decision has been made I have to consider whether I sell both of them to get an M10 for little extra cash spendage, or do I get an M10P for a bit more or a M10R or M11 for a way lot more. But my immediate reaction towards this idea is this: I am not currently lusting after M10 because MP240 is pretty good as is. 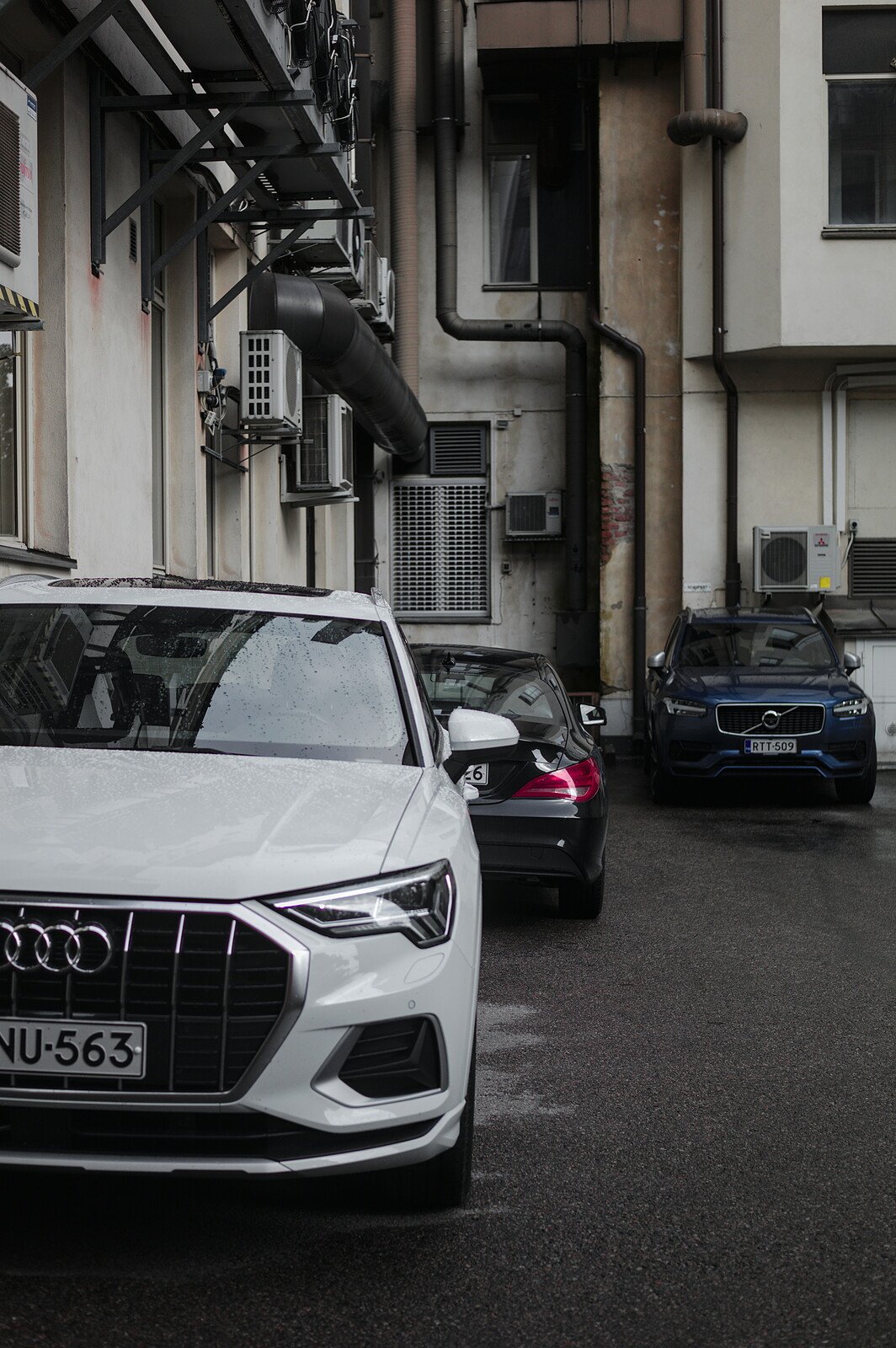 The Leica M9 unique color must be in part a sort of a placebo effect because I took two shots one night of the same subject with M9 and M240 and color graded them separately... but then viewed them side by side and found them practically identical.

(Of course it's the raw developer's job also to equalize all raw files to a constant starting point. Pros don't need the hassle of managing different camera output looks when delivering unified content to the clients. That said, by default darktable applies the same tone curve for M9 and M240 files upon import so there's not special equalizing happening here...)

But what color there is when I import the files to darktable is not bad. Just different from M240.

The biggest thing must be the difference in the AWB processing between the two cameras.


But something is there that makes M9 files react to my presets and processing a bit differently than M240. Poorer dynamic range flattens shadows a tad more, perhaps a bit more filmlike? The noise floor of the CCD?

Moderator
I am very connected to the M9 and M Monochrom. Just fits me.

If you have the M9P with the new sensor: keep it, will be hard to find another one. It is the last of the breed, the best CCD camera made.

For anyone with the original sensor: The M9P and M Monochrom mount the cover glass differently than the M9, it is much more difficult to remove. I have seen two cameras that came back with the left/right side calibration out. I ended up writing software to fix the issue, basically do a calibration then apply it to all files. I got fancy and found where the ISO and camera SN were stored in the DNG file, so was "automated".

I realize that M9 is a special camera to many.

It has a 2016 sensor with paperwork so it should be set for a long time.

But I have my reservations still. A tad cheap feeling in hand compared to M240 and the ISO performance at 2500 is worse than I hoped. These are still my early impressions but it's very uncertain for M9P at this moment.

Today: I am feeling cheap about getting a ~60 EUR thumbie. What if I sell the camera as my early urge might be. At the same time, if I don't get a thumbie for the camera, I will never maximize the ergonomical potential of the camera, thus advancing towards the "predetermined outcome". It's a vicious cycle.

Since getting the Thumbie for my M240 I have one unused hot shoe mounted thumb grip lying around. But the hot shoe profile is different between the cameras -- M240 has a half a millimeter taller profile and the grip fits it nicely but won't fit M9. Shame...

I feel so terrible about thinking about making hasty decisions...

But maybe I'll put the camera back for sale. Might be a while before someone comes and buys it.

There is no honey moon period for M9 simply because the experience is all familiar to me already. It's a good experience to be sure.

I partly considered if I made it my mission to shoot M9 solely for some months, learn to work around the shortcomings and becoming a better photographer that way. Character-building exercises. But I don't know.

M9 color is indeed quite something. Between the Ms it's perhaps the mature one, color-wise. Some people say M9 has punchy, saturated colors to its fault but M240 definitely has even more saturation, at least on my setup. Yet despite the differences in a direct A/B shootout I manage to even out the results almost automatically. For those who prefer to work with less color grading and more with camera's natural style I definitely see how M9 works best, subject to taste of course.

These cameras don't lose value, rather quite the opposite. But there's liability to every asset also.

So far it's been quiet on the markets. No worries.

Today on a stroll I started to suspect that the vertical alignment on the rangefinder patch might be a smidgen off. That would explain how the viewfinder seems so hard to read sometimes, compared to M240. Something to do the next week...