Apologies if this isn't the most appropriate forum in which to post this thread, so please feel free to move it, as appropriate.

Anyway, has anyone else got a Sofort?

My wife has just bought me one - ostensibly as a Christmas present - but I'm getting to use it straight away. I've always had a soft spot for instant photography and used to have a Polaroid SX-70 which was great until the demise of Polaroid and subsequent paucity of film. TiP didn't do anything for me in the early days, so I traded the SX-70 and sort of gave up on instant.

The advent of the Sofort rekindled my interest in a way that the Fuji Instax never did. I'm not sure why but the Instax just didn't look or feel right to me and I never got round to buying one. The Sofort isn't what you could call ergonomically shaped but it has a certain something (and not just a Leica badge, I hasten to add). They come in white, orange and mint. I went for mint.

The lens is a 60mm f2.7 which, as the film is ISO 800 is no slouch. There's a few "scene" modes to play with, the lens has two focus positions that operate over and above the scene modes and flash can be forced or suppressed. There's even a back-lighting compensation mode.

Film comes in two options - colour and mono. For some reason, the mono is slightly more expensive (in the UK?) and the colour film can be bought in twin-packs. Each pack contains 10 shots and, unlike SX-70, the battery is not in the film pack - it's a rechargeable unit. the charger comes with the camera but for some reason, no mains cable is supplied. They're not expensive (standard kettle cable will do the trick) but it seems like a mistake, given that the battery is essential and not everyone will have a spare mains lead.....

As the film is standard Instax Mini size, I'm led to believe that Fuji film is compatible. I have no idea whether the film is identical but the packaging of the Leica film says that the border is a creamy white whereas Fuji is brilliant white. I'll run some Fuji film through it and see what, if any, difference it makes.

The camera comes with a perfectly serviceable black neck strap but you can buy trendier, colour-coordinated versions if you want. I didn't. There's also a never-ready case which, as it's a plastic body and there's a built-in lens cover when turned off, I also left on the shelf.

Well, there you have it. The two photos I've taken so far have come out well exposed and sharp and I'm looking forward to using it more over the coming months and when I'm on holiday. I would recommend the Sofort on the basis of my experience to-date. They're not cheap but what Leica product is? It does have some useful features and the quality of the output certainly seems top-notch.

Will do - but it might be a week or so as I'm going to use the film sparingly!

Hi Paul,
Is this a repackaged Fuji but at a higher cost?

raid said:
Hi Paul,
Is this a repackaged Fuji but at a higher cost?
Click to expand...

THat is exactly what it is.
P

raid said:
Hi Paul,
Is this a repackaged Fuji but at a higher cost?
Click to expand...

Hi Raid - for the most part, I think the answer to your question is "yes". However, the lens is shown as a Leica Hektor 60mm f12.7. I have no way of knowing whether this is identical to the Fuji version or it is a different design. In all honesty, I'm not fussed either way as it is a present to me and I was delighted to receive it.

So far, I've been very happy with the results. I'll post a few here later, when I get home.
R

Moderator
Raid- better get some film quickly, Fuji has discontinued "Pack" film. Another company might pick up production.
R

I am planning to use the 250. This is why I bought the film for it.

I'll revive this thread because I have recently acquired a Leica Sofort; I've also owned its godfather, the Fujifilm Instax Mini Classic Neo 90, for quite a while now.

Just one correction to the first post in this thread: the lens is 60mm f/12.7, not f/2.7 - it's the same formula used in the Classic Neo 90; there's no way of telling if the materials used for the actual optical elements are any different, either.

My assessment: Leica got this camera right - with one exception, its handling beats the Classic Neo 90 for most kinds of photography. The exception is access to macro mode - the Classic Neo 90 has a dedicated button for that, the Sofort doesn't. But since Macro mode isn't that good on either camera, I'm much happier about the fact that it's a breeze to get to infinity on the Sofort, something the lens needs to be at its best for everything over 3m/9ft. away.

Here's one from today - I quite like the results from the Sofort; due to its more straightforward handling, their quality is more reliable than the ones from the Classic Neo 90, and (possibly because of sample variation, maybe because of better "glass" used in the lens) are a tiny bit sharper and more subtle when it comes to rendering. 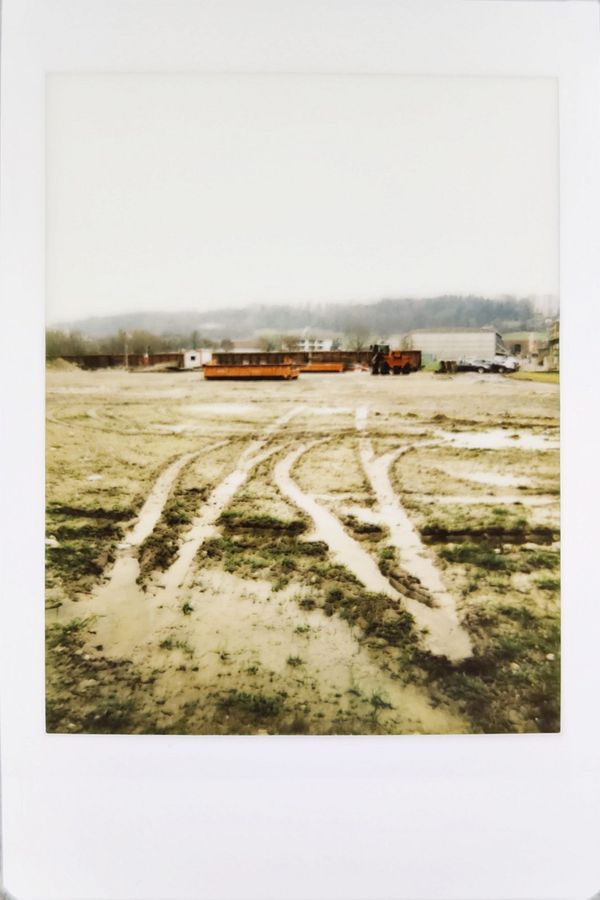 I'll be the first to state I don't much like showcase threads (it's not about the gear, you know ...), but the Leica Sofort is now my favourite instant camera, even superseding the MiNT RF70 (a camera that, in spite of its fantastic concept, does have some irritating issues that make its price tag very questionable).

I still get much more consistent and better results than with its near twin (or maybe I should say, ancestor or technology donor), the Fujifilm Instax Mini Classic Neo 90 (what a mouthful); whatever the reason, it's also true that I clearly prefer the handling paradigm of the Sofort - Leica made all the right choices and changes in my book.

(Sorry, I promise to not repeat myself again - I just wanted to emphasise the point once more ...) 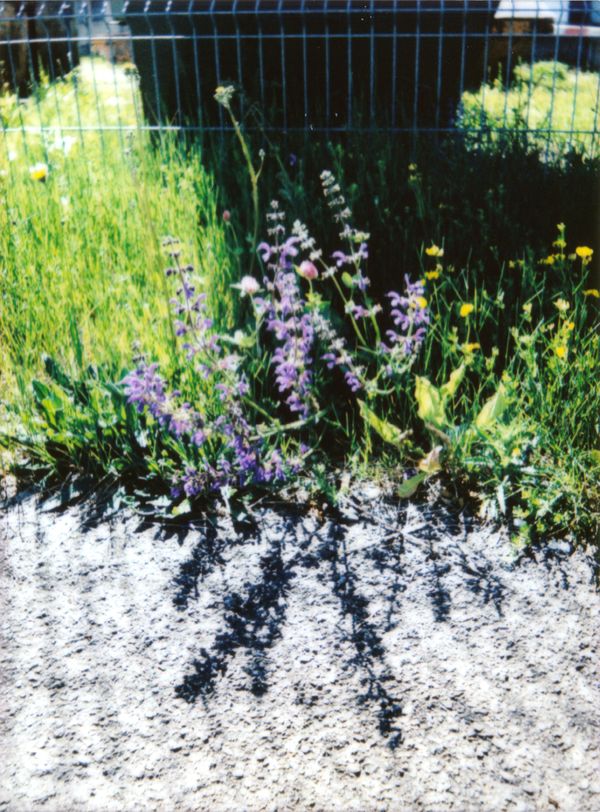 N.B. Framing was actually pretty much spot on in this case ...

These cameras showcase the colors of Instax film quite well! They never seem to have much sharpness, but the impressionist looks are quite nice.

agentlossing said:
These cameras showcase the colors of Instax film quite well! They never seem to have much sharpness, but the impressionist looks are quite nice.
Click to expand...

re. sharpness: Yes and no - "in person", the images look quite nice even in terms of sharpness and detail, but they're really rather small and hard to scan. It's actually a bit of a conundrum - if you show them in "life size" on a screen (other than a rather dated smartphone), the images look soft, but that's because they're blown up. I was contemplating putting an image in actual size next to my detailed scans ... I don't know if it'd help.

It might even be an idea to *reduce* resolution when scanning. I'll have to experiment at some point in time.

Another shot I simply love, this time shot (without any special care or preparation - or adequate lighting) with a DSLR and a marco lens ... 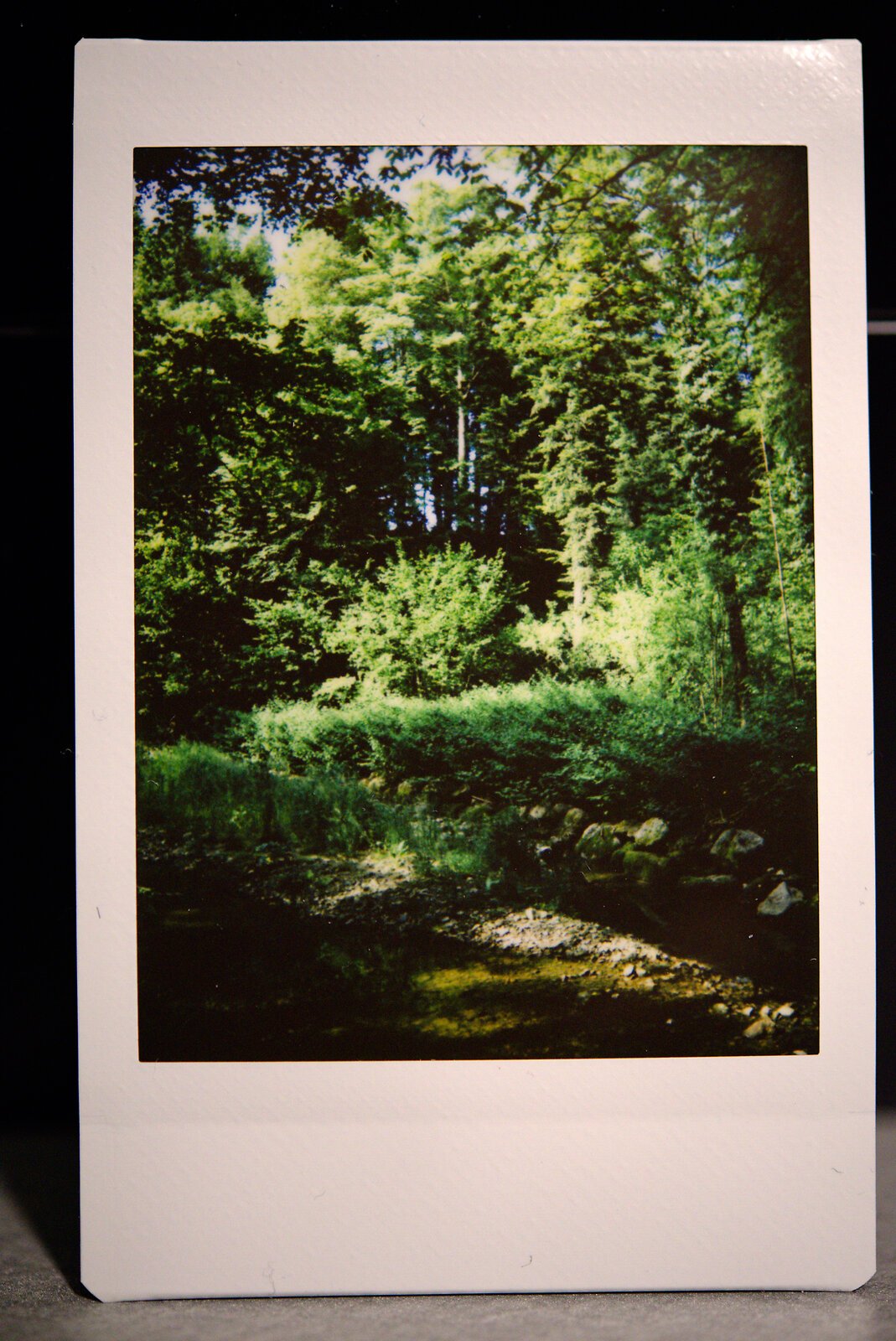 Could be worse (for an impromptu attempt) ...

I'll scan this later and see how much better things get - I sort of doubt that there'll be a big advantage; maybe I'd better start thinking about lighting (and cleaning the print first ...).