BTW again, I love the X series, from the X1/X2/XE to the X(113) and the X Vario. And one of those love things is the sense that these cameras are primitive in certain respects, despite autofocus and autoexposure capabilities. I definitely don't like rangefinder focusing, and I'm good with having autofocus and auto shutter speed when needed, but my priority is lens quality and a quality body and sensor to support the lens.
D

dalethorn said:
BTW, the X-113 has an infinity setting on the lens barrel, and when you rotate the barrel from less than infinity to infinity, there's a friction stop there, so presumably that really is infinity, but I don't remember testing it.
Click to expand...

Using my X-U, turning the focus dial to the Infinity setting definitely shows distant subjects more in focus than slightly before infinity. I happened to be shooting a sunset yesterday, which made me curious about that question, so I tested it out. This is different from many cameras with zoom lenses, where distant subjects go out of focus when you pass the infinity marker. In the X-U, there is a detent right at the infinity marker, and when you pass that you are in autofocus mode.

More than once, my X-U's autofocus has not worked correctly. It's usually when the subject is within the focus point but does not fill the entire point. This is apparent right in the viewfinder – in other words, the error is not subtle – and so it's easy to correct. You will see the focus apparently on the background and not the subject. Manual focus and the focus magnification in the middle always work to help me get accurate focus.

Despite these issues, I agree with Dale – this is a great, and I think underrated, camera. People are really hung up by the cost and f/1.7 is f/2.8 under certain conditions controversy. I've seen it once or twice but it has not been a big problem for me.

i was not making any comment on the camera, just wanted to clarify that there is no DOF scale. dale, sorry, but i'm not sure we are talking about the same thing, as 'primitive' doesnt seem to have much to do with a simple DOF scale that is on every single leica lens--from the 1930s on--that ive seen. that is as simple to implement on the fixed FL X cameras as it is on every other lens, just engrave one on! and as i described a couple of times, the fuji x100--which pre dates the entire X series by a couple years--has a digital DOF scale that appeared whenever you put the camera in manual focus mode, and the 'in focus' area of the scale changed as you changed the aperture.
H

Even the fixed lens type 113 does not have engraved dof scale on its lens?

i dont believe so, but pix are readily available. the fuji x100 doesnt have the scale on its lens either, nor does the sony rx1. but both have 'software' scales when put in manual focus. i cant speak to that on the leica X series, but they appear from these comments not to have that capability.

btw, my old fuji x10, which is a fixed 28-100 zoom that cost me $100 used, has the software scale as well. my digital, apsc, pentax 20-40 zoom, $400 new, that has no aperture ring does indeed have a DOF scale on the lens. in fact many lens manufacturers have digitally focused lenses without ap rings that have DOF scales, it aint that hard to do.
D

Since a picture is worth a thousand words, or in this case ten thousand, here is my Noctilux with what is apparently a DOF scale. 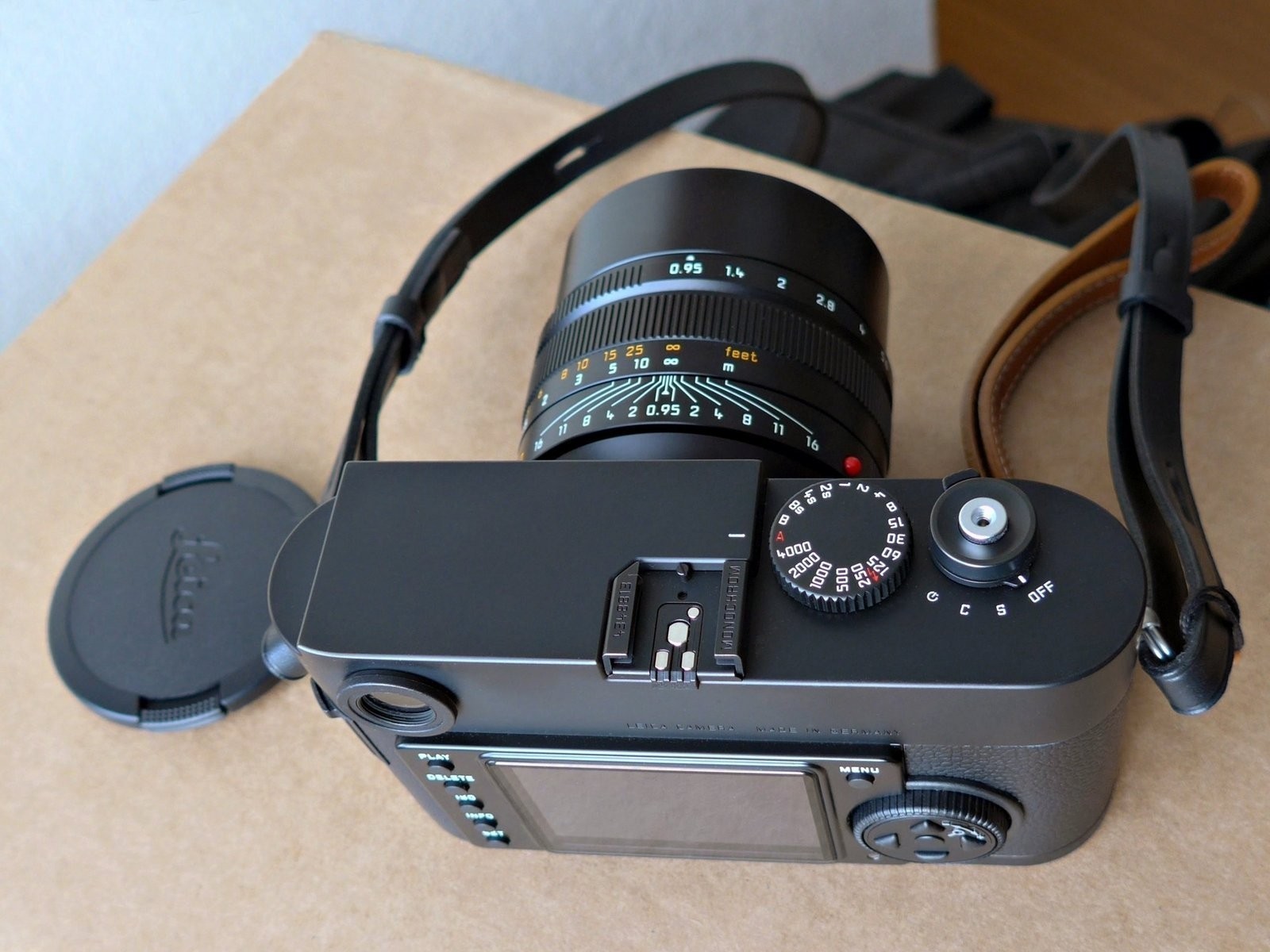 did someone say the noctilux did not have a DOF scale? i'm the guy who said all leica lenses since 1930 have 'em! ):
H

"G" does not stand for gelded for nuthin.
D

Speaking of DOF, shooting on the street at night at f0.95 can be extremely challenging, like: 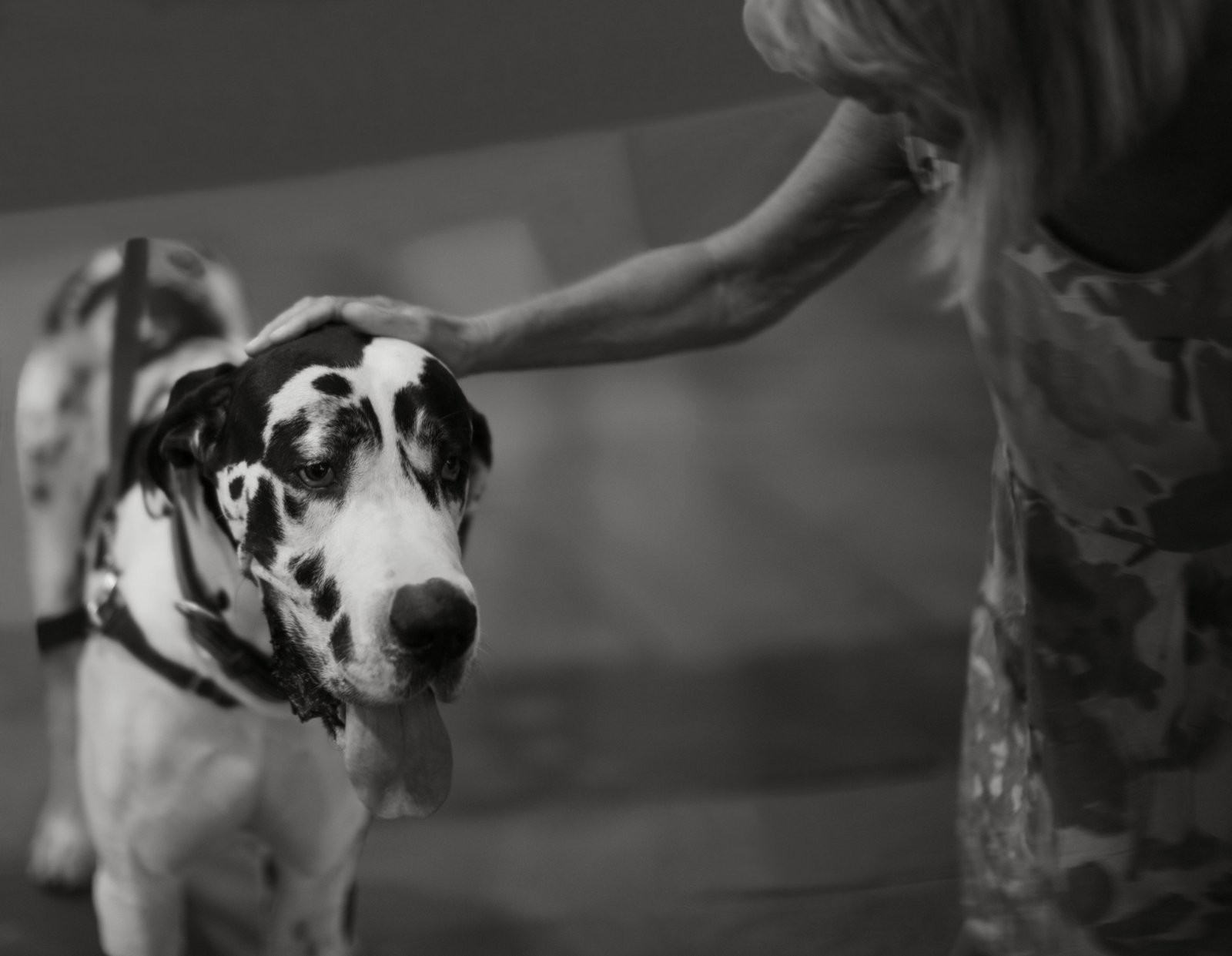 And here a very spontaneous snap, where I got some part of the face in focus: 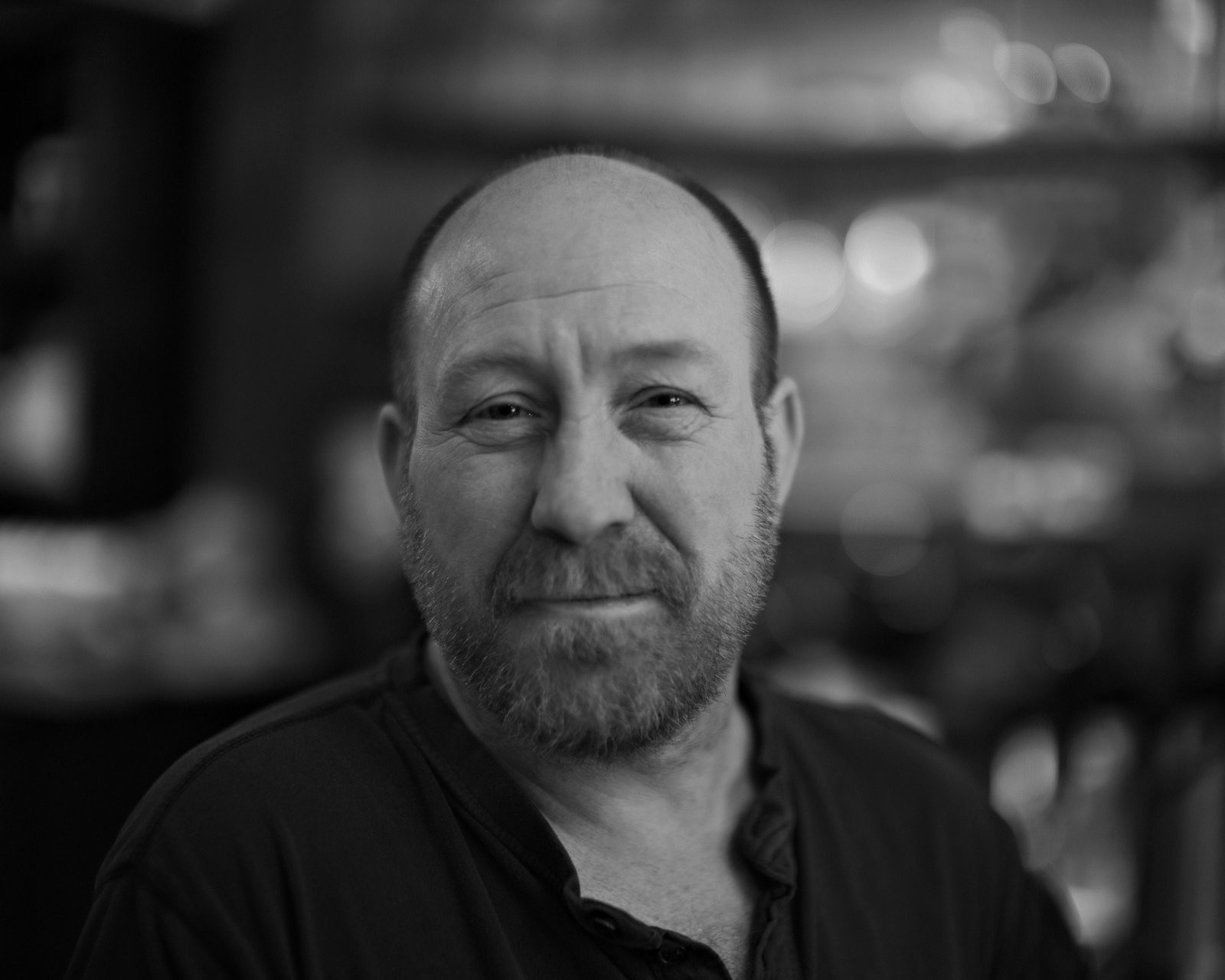 speaking about this, but not entirely apropos, just always sticks in my craw: i was reading today someone complaining on another forum about lack of corner sharpness of a well respected 77mm lens at 1.8! seriously! so much wrong with that sentiment that if i lived to be 100 i wouldnt have enough time to fully enumerate! ):
H

Lots of folks forget about inherent curvature of field, ray angles and such.
that's just the way it is and even difficult to "correct" with floating elements etc.
D

rbelyell said:
speaking about this, but not entirely apropos, just always sticks in my craw: i was reading today someone complaining on another forum about lack of corner sharpness of a well respected 77mm lens at 1.8! seriously! so much wrong with that sentiment that if i lived to be 100 i wouldnt have enough time to fully enumerate! ):
Click to expand...

What kinda bothered me with the Noctilux was reading the literature that accompanied the actual lens, describing the amount of coma and vignetting, which description was either entirely absent in the advance literature, or so minimized that I never noticed it. Being the grizzled veteran that I am, I grimaced at those admissions in the accompanying literature, but understood the reality of the technology. I wonder what would be the reaction of naive customers who simply wanted the best of its kind and were able to scrape up the dollars to buy such a lens.
H

they may feel disappointed and perhaps ripped off. However, some homework on the internet would have prevented these hurt feelings. Grizzled.....like greed.....is good.

Hap said:
Lots of folks forget about inherent curvature of field, ray angles and such.
that's just the way it is and even difficult to "correct" with floating elements etc.
Click to expand...

well, not to start a new topic, but if anyone buys a 77/1.8 to achieve corner sharpness they either need a new hobby or should invest their money in a basic photograhy course. 'hello students, today we will discuss how and why we use a portrait lens'. lol!

rbelyell said:
cmon guys! the distance setting on a regular lens ring has both distances AND where corresponding apertures fall along that scale, thus they can be easily 'prefocused' per a given in-focus range at each given aperture. it does not appear that the lens on the xvario has that feature as there are no aperture values on the lens so there is no way to tell where say the 'range of focus' at f8 differs from f3.5. thats what OP is asking about, 'focal range' per each aperture, not exact focus 'distance'. we are looking for DOF, not exact focal distance from a specific subject. (on other digicams like fuji, the lcd/evf provides the missing 'scale', which 'in focus' area changes as one changes the aperture, thus again providing the photographer with an understanding of what AREA will be 'in focus' at any given aperture).
Click to expand...

Just figure out what focal length and aperture you want, then google the depth of field and set the lens to the mid-point.

thanks andrew. most problems have workarounds. however the workaround in this case seems needlessly complex when trying to achieve an incredibly simple process with a brand that built itself on the philosophy of 'simplicity' and the camera 'getting out of the way'. that a camera--let alone a $2000 camera--requires a photographer to consult a computer to do zone focused street shooting is imho absurd. other opinions may rightly vary.
D

Looking at the 'X' lens, it appears that Leica could easily have put the DOF scale there just like their other lenses. So, it appears that they did not do so for marketing purposes only, which would obviously be a bad, bad decision. Good luck on getting a statement from Leica.

rbelyell said:
thanks andrew. most problems have workarounds. however the workaround in this case seems needlessly complex when trying to achieve an incredibly simple process with a brand that built itself on the philosophy of 'simplicity' and the camera 'getting out of the way'. that a camera--let alone a $2000 camera--requires a photographer to consult a computer to do zone focused street shooting is imho absurd. other opinions may rightly vary.
Click to expand...

The camera has the features Leica wanted it to have. Yes, they could easily have put a scale on it, and chose not to. Why? Who knows, most likely because the lens is still focus-by-wire and probably the distance scale is not linear, which would make an engraved depth of field scale inaccurate at most distances and apertures.

The X1 and X2 had an electronic depth of field scale that appeared on the display when in manual focus mode. That could probably be implemented in firmware, but Leica's software department obviously has other priorities and I wouldn't hold your breath waiting for it.

I had an X113 and loved it, though I sold it on to help pay for my M-E. I will probably buy another one before too long as it was a great travel companion for when I didn't want to mess with RF focusing or a bulky DSLR and the lens is simply to die for. I used it in hyperlocal mode all the time, either at f/8 or f/11, and just focused the camera at either 5 feet or infinity. At f/8 I knew things from 1 to 3 meters would be very sharp. At f/11 I used it like a fixed-focus camera and knew that everything from about a meter to infinity would be sharp. Was everything always in critical focus? Nope, but it was always close enough and I never had an issue.

These are fantastic cameras and I really miss mine, but see no reason to fret over a missing feature.