Supporter!
Castle Hill Light (c. 1890) on the grounds of the eponymous Inn and Resort in Newport. Built on the remains of a watchtower dating back to 1740, the establishment of the light was a long and agonizing fight between the federal government and the landowner, famous naturalist and oceanographer Alexander Agassiz of Harvard University. After a prolonged legal battle that lasted nearly fourteen years, Agassiz relented, sold the location for one US dollar, and ceded nearly 2 acres of land to allow building and expansion. Beavertail Light (c. 1749) on Jamestown Island. The lighthouse is the oldest in the state and only the third lighthouse built in New England during the time of the American Colonies. Conanicut Light (c. 1886) is built in the style of wood-framed Gothic Revival. It was used for exterior scenes in the 2012 Wes Andrerson indie film "Moonrise Kingdom." Dutch Island Light (c.1857) is all that remains of the former Civil War outpost Fort Greble. Thanks to private funding, it was fully refurbished and re-lit in 2007 using solar power. Gull Rocks Light (c. 1887) was a unique A-frame structure that featured two lights sliding along rails behind windows on the East and West peaks (historical photo from Wikipedia enclosed for comparison). Demolished after the Newport Bridge was built, nothing remains now but the base, jetty and a dilapidated stone hut. 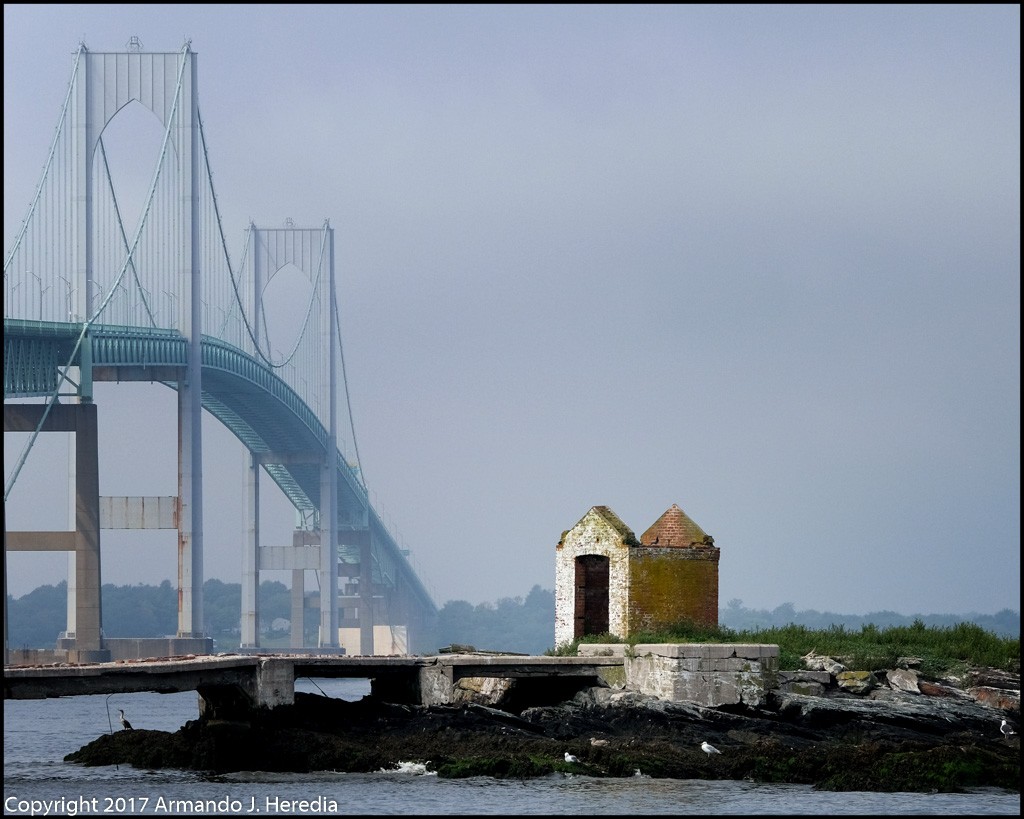 Lime Rock Light (circa 1854) on the grounds of the Ida Lewis Yacht Club. The light was subsequently renamed after Lewis, a rare for the time female lightkeeper who took over after her father became debilitated following a stroke, and brought her siblings to school every day using a heavy rowboat. Her skill in boating would come into play as she was accredited with 18 official saves over her 54 year career (and probably more, she was a rather modest person). She was the first woman to be awarded a Congressional Gold Medal for Lifesaving. Goat Island Light (c. 1824) was the first aid to navigation in Newport Harbor. It continues to be a functional lighthouse today and was automated in 1963. Note the panoramic view of Newport Bridge and the upper bay enjoyed from the light's location. Plum Beach Light (c. 1899) is a restored example of a Coffee Pot design light house, where a rounded cast-iron tower of about three stories sits upon a concrete base. They were often prefabricated on land and brought out by barges to be emplaced in their final location. Rose Island Light (c. 1870) on the grounds of Fort Hamilton. Scattered behind the light, much of the military works remains including old bunkers, barracks and a rail line that moved men and ordnance up and down the length of the island. The lighthouse has been restored as it appeared in 1915, with a Mansard roof and a hexagonal shaped light tower. Poplar Point (c. 1831) was established to provide safe navigation into then busy Wickford Harbor, which bustled with trade during the 19th century. It was replaced by a smaller tower nearby in 1882. It remains the state's only unaltered lighthouse in it's original location, with a copper covered upper works. Sold to private hands in the late 1800s for USD3,000.00, the property with a beautiful view of the harbor and Sauga Point now fetches a whopping USD6 million. Wickford Harbor Light (c. 1882) replaced Poplar Point since it was better situated to guide in ferries and schooners to the harbor. Seated on Old Gay Rock, the original light was a classic Gothic Revival and Square Tower (original photo courtesy of US Coast Guard Historian's Office). Torn down in 1930, it was eventually replaced by an automated skeleton tower. 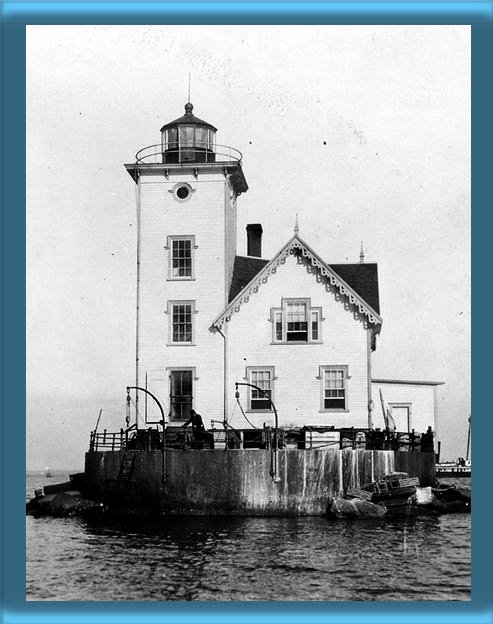 Those things are quite amazing

I'm from that area (Fall River). You did a very nice job with the photography and the text.