Looking for help.... how to gets pics off of late 1990's "Intel Minicard" memory cards?

I'm helping a family member go through a cache of digital items (computers, cameras, phones, etc.) and one particular item has gotten me paused... an HP PhotoSmart camera from 1997! This is HP's entry into the market and is the original "C5340A" model in their "PhotoSmart" family of products. The images were stored on Intel "MiniCard" flash memory cards.

Apparently these cards were only used for a couple of years in the late 90's so I'm not finding anything in regards to a reader for them. The alternative to finding a reader for them is to hook up the camera to a PC to read them that way. Unfortunately this a 1997 device we're talking about here so it predates the emergence of USB meaning that it's using a custom interface cable from the camera to a PC's 9-pin RS-232 serial port! I suspect some of you may not have even ever owned a PC with a serial port!

I'm not thrilled with the prospect of breaking out an ancient PC with a serial port running Windows 95 to install the drivers and hoping that it works so anybody ever come across any type of reader for Intel MiniCard memory cards? With my luck the cards are likely blank but it'd mean a lot to the family to at least find out and preserve any images from them if they do exist.

That's an odd one for sure. The strangest card I've owned was an old CF hard drive card.

Wouldnt it be easier to get a rs232 to usb adapter? Ebay seems to have plenty of them. Apparently you will need some sort of conversion software for it to work, but it looks like it's possible.

Edit- found a page on what it is, Sorry- I even have a Smartmedia to PCMCIA adapter. But nothing for the Intel memory.
Last edited: Apr 1, 2019

I don't have a solution for you, but maybe this a good time for all of us to make sure we have off-loaded all old media formats onto something more modern.

You may try taking the camera with the card into a camera store that does developing....they may have something there to read the card. Even if you don't want them printed, I'm sure they'd be happy to charge you to offload your media onto a CD-R.

Or maybe a less modern Target or Walgreens.

Will the software for the camera run under XP, or must it be Win95/98? What media is the software currently on? CD or Floppy? Lots of Laptop computers on Ebay that run Win98 with RS232, CD, and floppy.

If the camera records in a non-standard format, like my Kodak DC-120, you probably need to run the software anyway. The DC120 software was required to turn the internal format into JPEG.

These are the ones:

Did you know what memorycards are and were available for digital cameras?

Luke said:
I don't have a solution for you, but maybe this a good time for all of us to make sure we have off-loaded all old media formats onto something more modern.

You may try taking the camera with the card into a camera store that does developing....they may have something there to read the card. Even if you don't want them printed, I'm sure they'd be happy to charge you to offload your media onto a CD-R.

Or maybe a less modern Target or Walgreens.
Click to expand...

My father-in-law passed away last year and being the resident geek it was left to me to go through things. But the worst I had to deal with were IDE drives. Luckily I still had an adapter for those.

Here is the intel page

Well, could not find an adaptor.
You might have better luck sourcing a laptop with rs-232 such as an old thinkpad (T40 series I think), they last forever and I have two in storage. The also have an optional docking station.
Ebay has them for around $100 with docking station.

and you might need to run the original software too:

these guys have lots of interesting adaptors, but I think these have 8 pins too many :-( 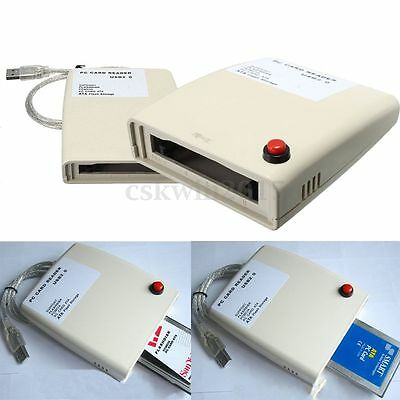 This place in Australia of all places seems to have the skinny on parts, availability is another story. They may know more?

I was pleased as punch when I got to move to RS-232 on peripherals!

Although I've never heard of the camera and the card format, the best way to read it is using a old computer with Windows 95/98 and its own software.

Don't go with USB-RS232 adapter since you'll need a computer that actually runs old OS and software and adapted ports are probably not needed/supported anyway.

Find a repair shop with old machines if you have to.

With RS-232 port, you don't need a driver because its software was designed to send/receive through the serial interface, you do need its software though, just not what we call a driver. Assuming you can find a card reader for the format it's very possible that these images are not stored as individual image files, but rather ".dat" or something similar, which was not uncommon from that era, so your best bet will be with the camera itself.

Crazy idea @Kevin - maybe reach out to Intel Public Affairs office? Someone, maybe in their historical archive program, may have a working one. It's nice PR for them too if you're willing to be used in their publications...

I am currently surrounded by Nine Computers all with RS232 interfaces. And I'm at home. The Panasonic CF-53 is a 2.7GHz I5, runs DOS, and even works with a JDM device Programmer. But on the latter- I wrote my own driver for it.

Thanks for all of the ideas, everybody! As mentioned, it may be a fruitless effort if it turns out the cards are blank but, it's family, so I'll do what I can to find out what's on there. I think I'll end up gathering up pieces of machines from my PC graveyard (or, as my wife calls it, the "garage" and the "basement") and get a Win95 machine up & running at some point. Because of the different possible pain points I think that'll be the path of least resistance.

@Covey22 I'm a borderline introvert, PR with me front & center would be one of my anxiety causing nightmares! It's a good suggestion though about contacting either Intel or HP to see what they come up with.

@BrianS Unfortunately none of my old machines are up & running, they're all packed away in various corners of mostly the garage due to lack of space inside the house. I may have to break one of them open though. I know there's a few DOS machines in there and some Win7 machines but I don't know about Win95.

@MortyCapp Nice find, but, yep, "PC Card" (PCMCIA) is a different standard. Back in the day I had to deal with PCMCIA modems & network adapters. You don't find much use for PC Cards today but seeing a USB reader for them is pretty interesting.

@jyc860923 / @bartjeej I was contemplating trying out a serial<->USB adapter since they're cheap enough on Amazon but was curious about whether it'd actually work with something like the HP software that had its own comm software. And jyc' identified another concern I had, that even after hooking up something to read the cards directly that the images (if any) are being stored as a custom format.

@Luke I suspect if I took one of these cards to the local retail store that the only good that would come out of it would be the fun of handing the cards them and letting them hem & haw for a bit trying to figure out what it was.

@davidzvi Wait, you had to "deal" with IDE drives? Oh, you make me feel old. Very, very old.

If worse comes to worse- you can send me the camera and software. I've kept a Pentium Pro computer running for 22 years now, home and at work. You never know when you need to read something obscure.

Maybe call your library at your nearest big city or university. Being able to read data from old technology is an important part of being a library these days.

disabling Lightoom opening every time I put in a memory card (HELP!)

Anyone Use PNY Memory Cards?

G
Travel: How many memory cards do you carry?
2

Looking for help re screen calibration