Just spent 4 days (and over 1600 miles of driving) going all over northern Arizona and southeastern Utah for shots of slot canyons, Native American Ruins, etc....

The weather was distinctly less than cooperative, with high, gray haze all days except the morning we left. That didn't make a difference in the slot canyons, as long as the time of day was good, but for wide-open landscapes? Eh, not ideal.

This is also the first trip made with a recent Jeep Liberty purchase, and one can really get far out and away in that part of the country with a capable, high-clearance vehicle.

All of these represent my first attempt at processing RAW (RW2, specifically) though Lightroom. I'm used to doing .jpgs in Photoscape, where certain settings make it easier to get things to 'pop', so I'm still not completely sure of how to get things done in LR. Just finished a 5 week class in PS, so I'll be trying that shortly.

If anyone is familiar with this area, there is Upper and Lower Antelope Canyon, and upper is like Coney Island most of the time. Lower is MUCH more difficult to traverse, with series of very steep ladders, and far fewer people. 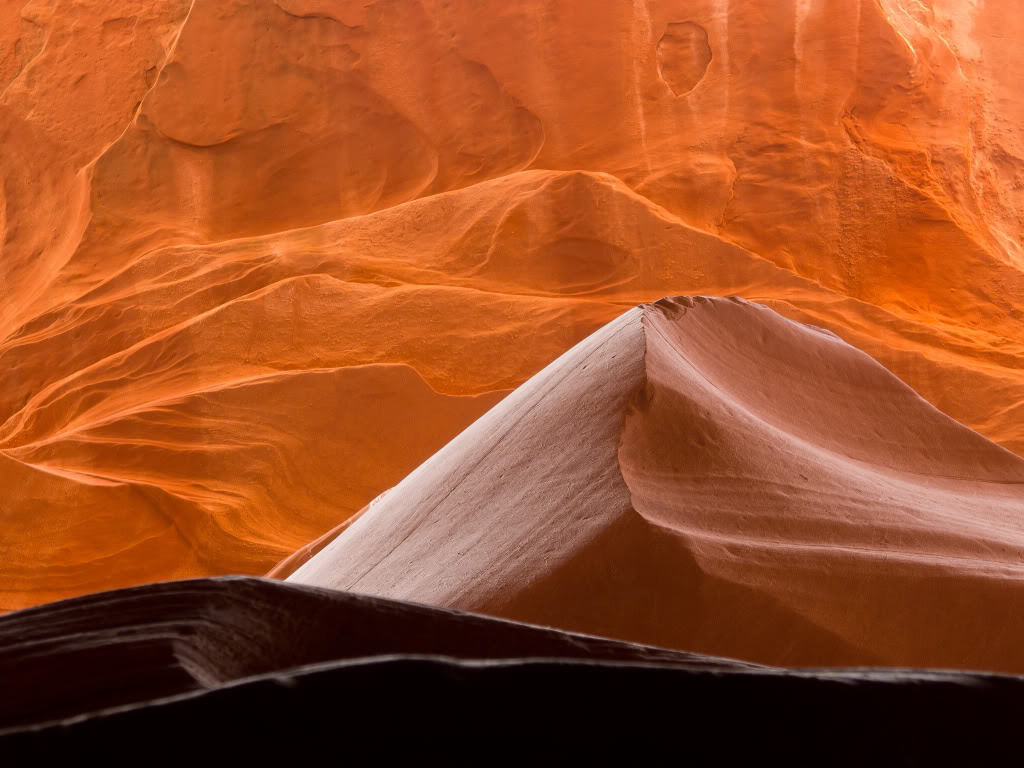 If you saw my pics from last year of Upper Antelope, this should make clear how narrow Lower is, with almost no room to pass other people in most cases. 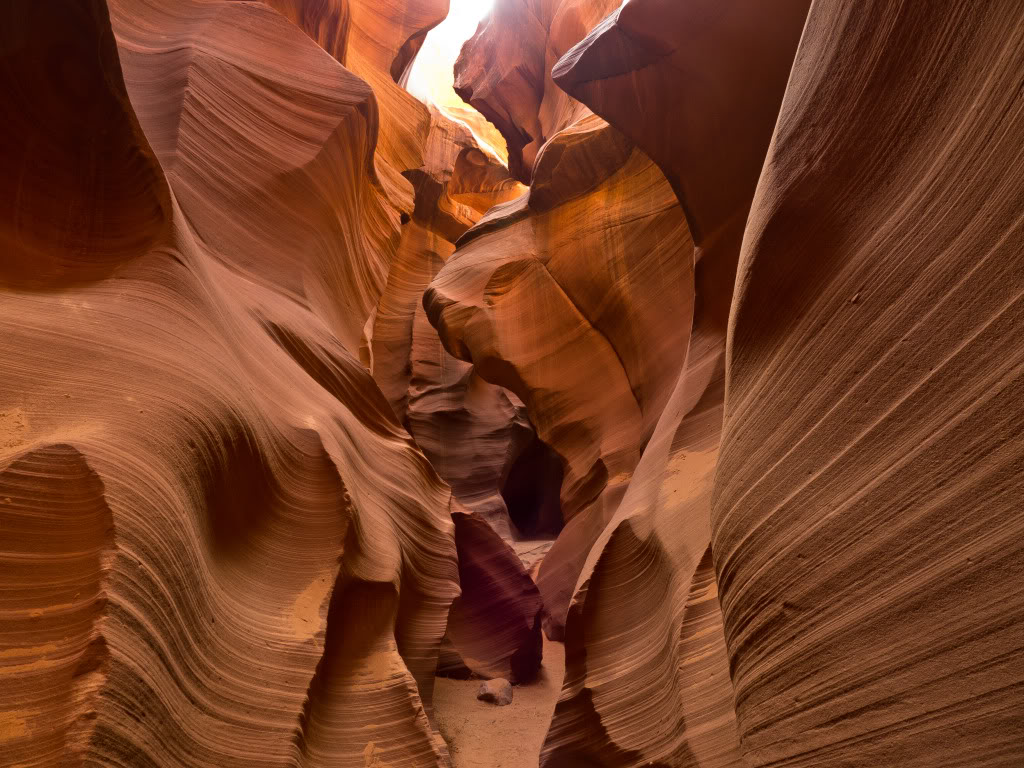 Several views of the exact same notch/hole in the rock, all taken within footsteps of each other. 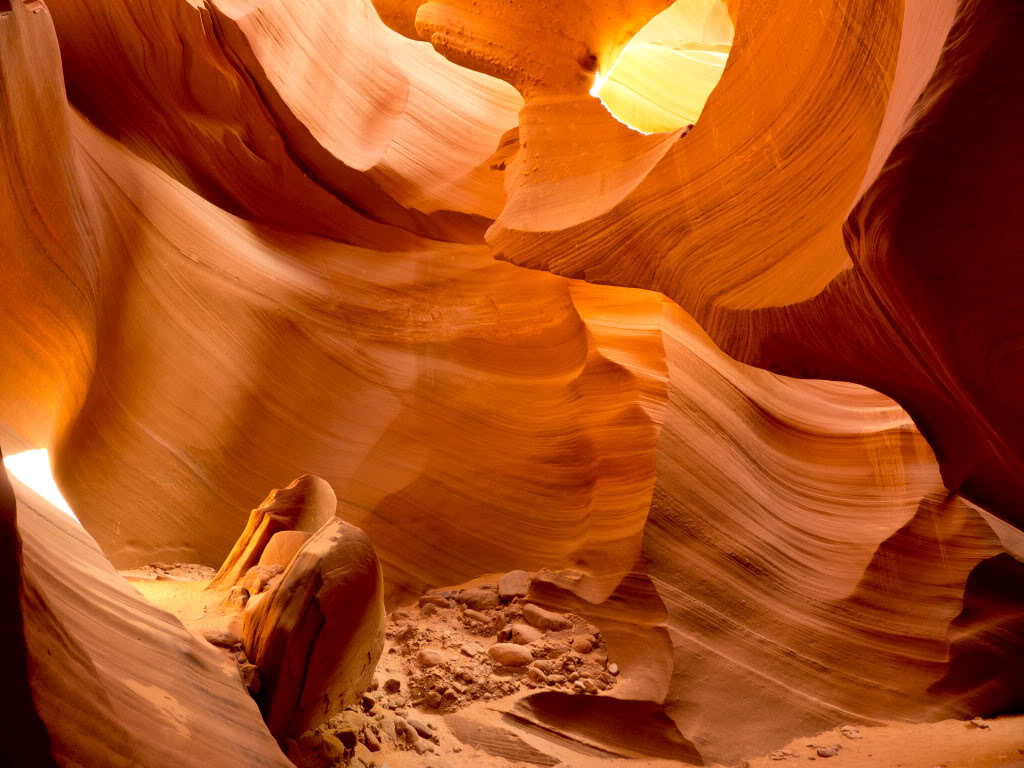 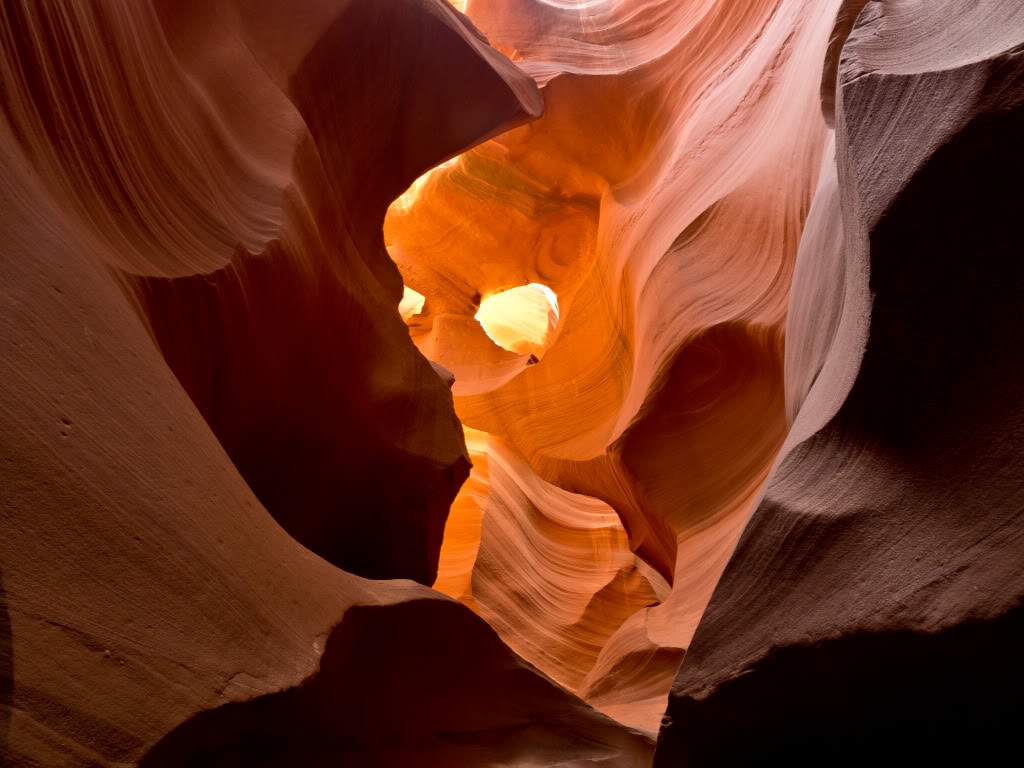 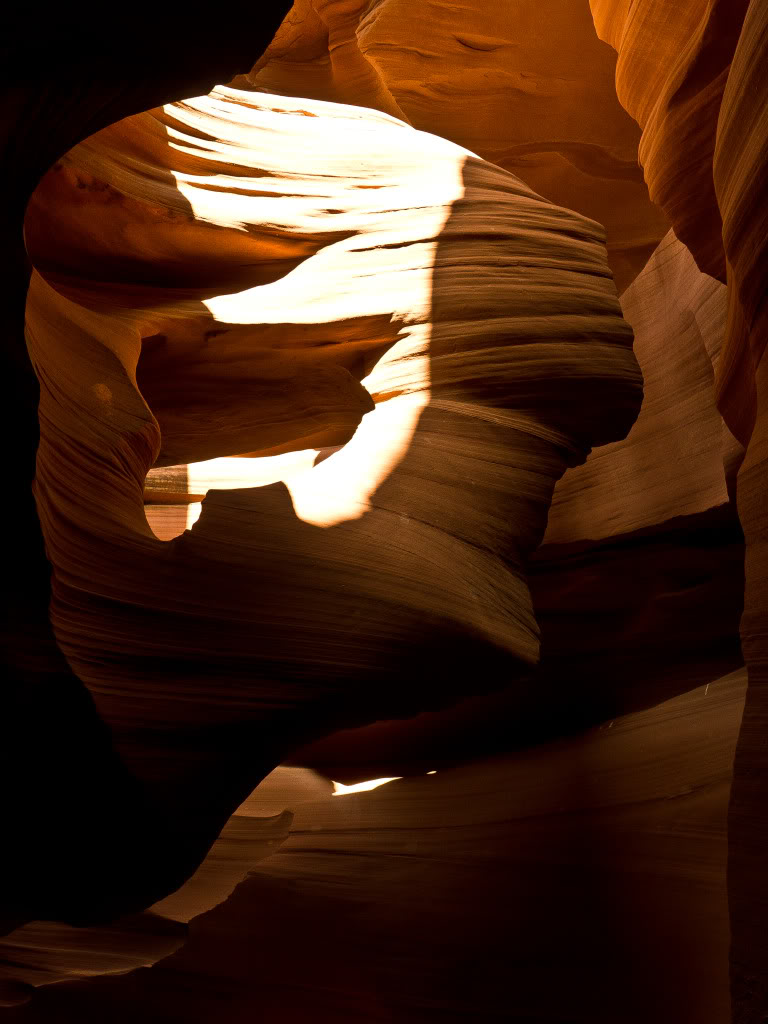 Quite near the exit, again looking up. 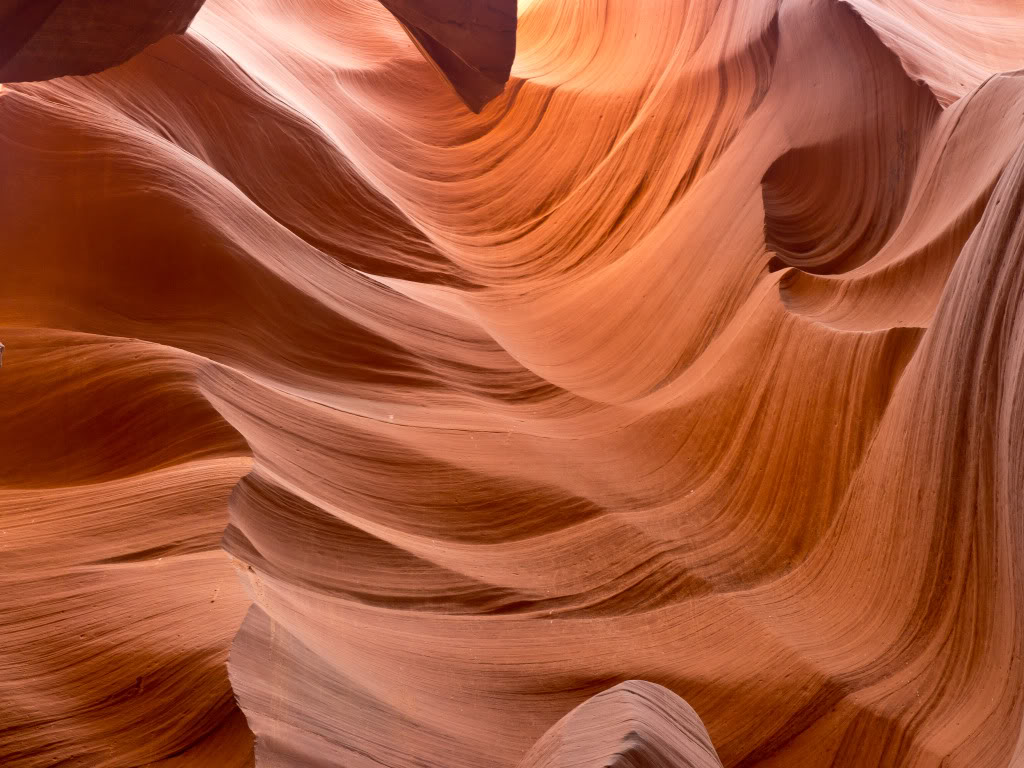 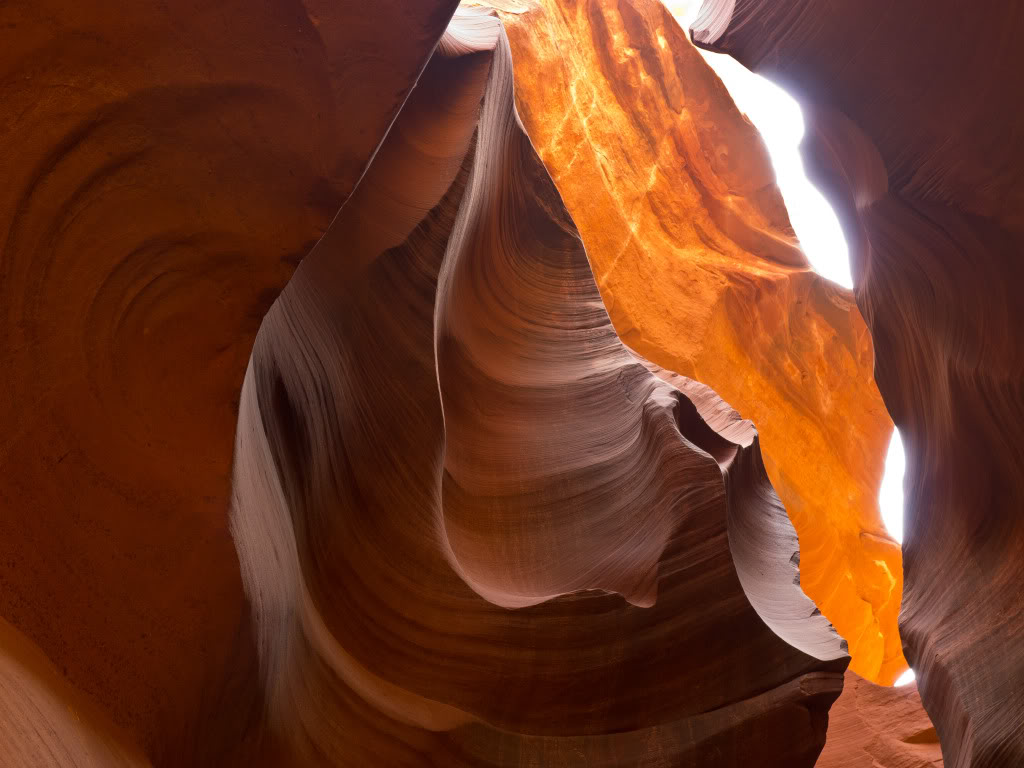 Next, where my g/f wanted to go for years, the famous House On Fire ruins in South Mule Canyon. It wasn't a big deal for me, but I should have taken more time/care to frame the shots. Not too happy with these, but they presented a LR PP challenge.

The ruins, btw, are tiny. Far smaller in scale than I had previously thought. They were very small people. 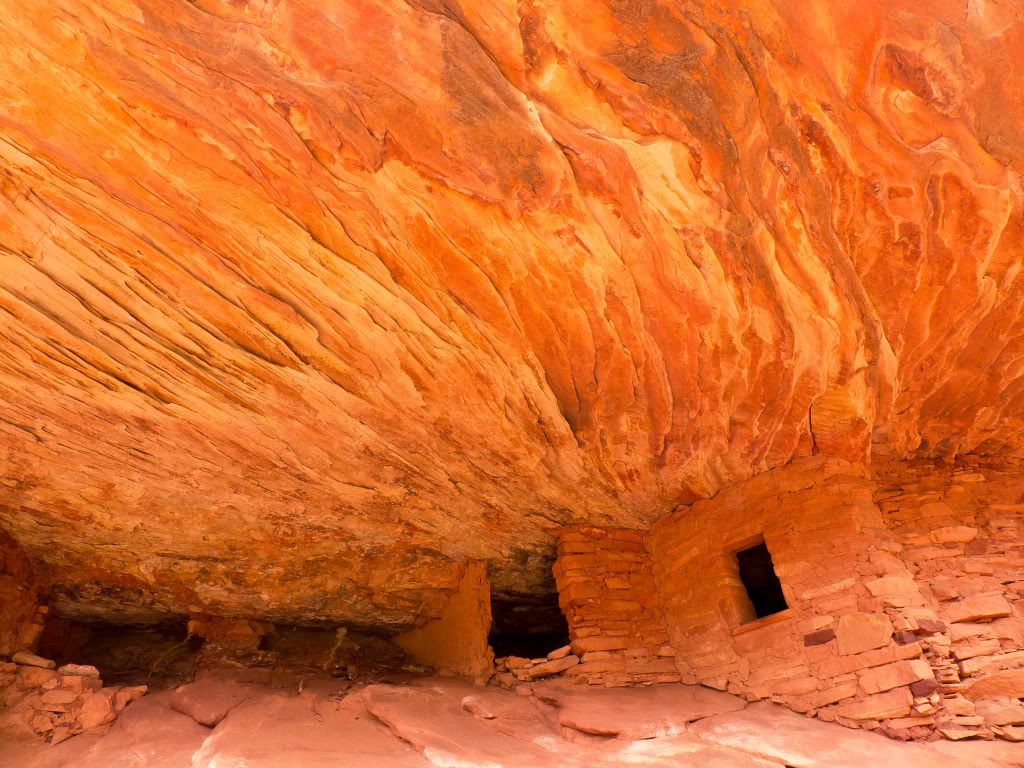 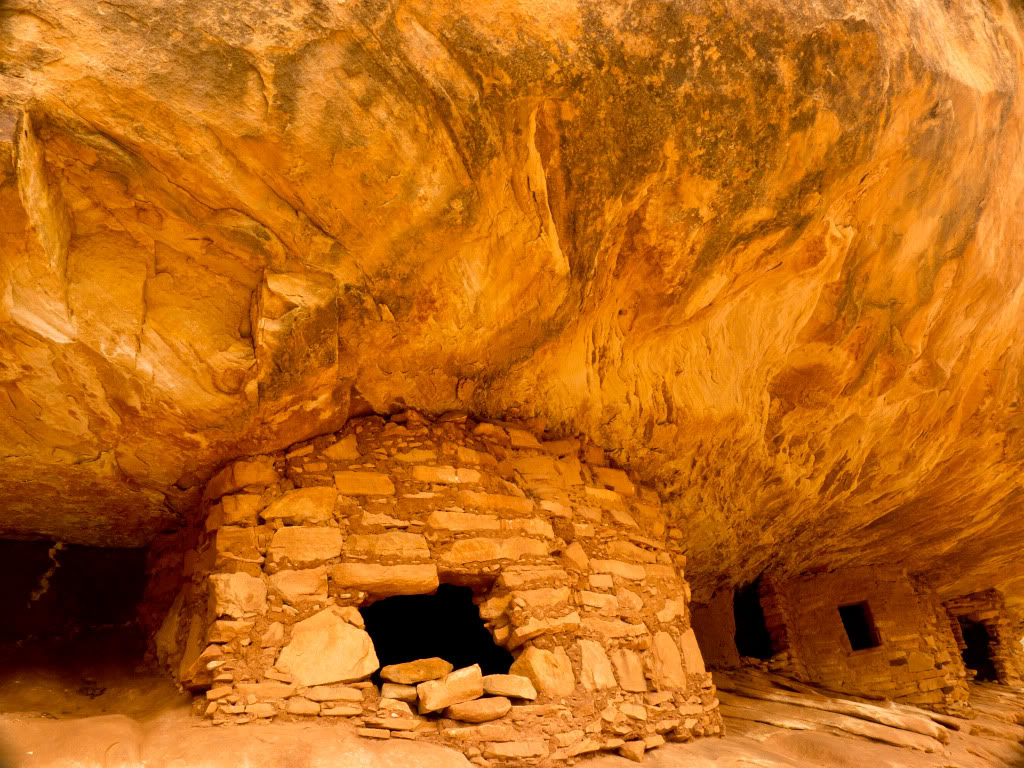 Finally, after about 15 miles of jeep trail/bad fire road and 5 miles of terrible road, on the north side of Lake Powell, Alstrom Point. I had to stop the vehicle about a mile from the best vantage point, because I haven't yet put skid plates on the Jeep and there were what's know as 'rock waterfalls' in the road. These are just to show you how far out one can go in this area of the country w/the right vehicle. I will be back to Alstrom Point, it's incredible.

Before arriving here, we saw two other vehicle in 2 hours. I love Ajax, my Jeep! From that cliff edge it's about 1300 ft., straight down. 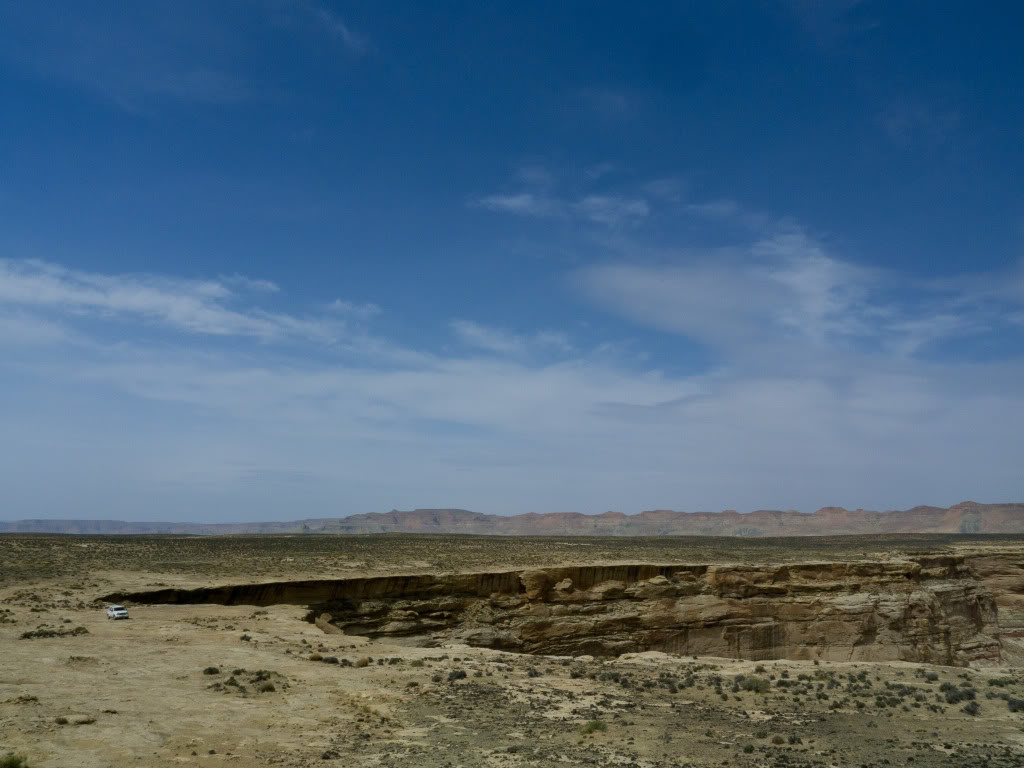 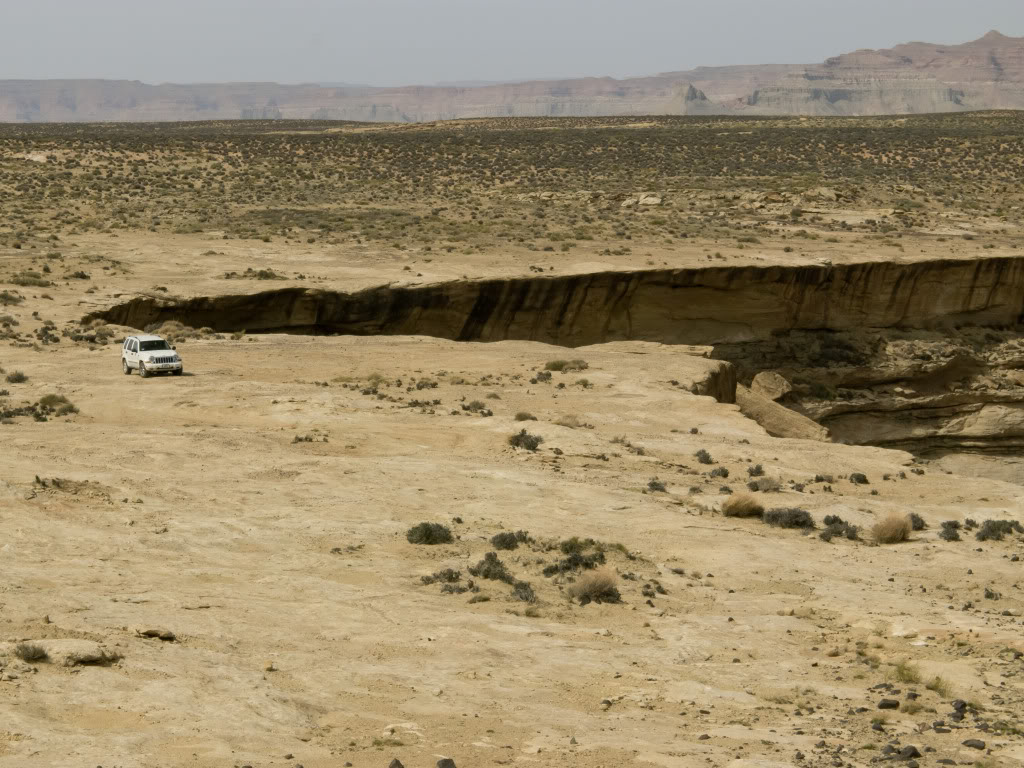 Padre Bay, from the east side of Alstrom Point. I had a hard time getting the sky blue while still making the red of the earth stand out. 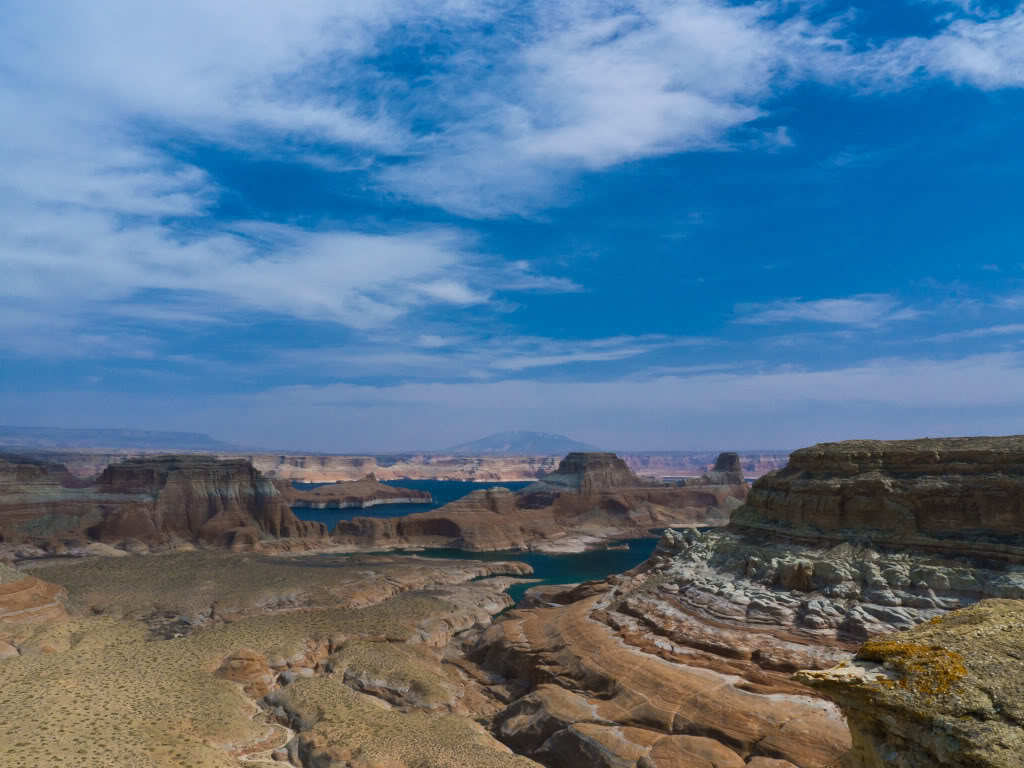 You are just feeding my fire for getting out there to see that country, Taan!


You should go! I've been there several times now, w/several more trips in immediate planning, but now, w/a reliable high-clearance (very important!) 4WD vehicle, it's like it's my first time, every time, when I go there, since all those tempting BLM roads and unmarked fire roads, etc... can now be taken w/relative care and precautions.

I wish I'd walked out to Alstrom point all the way, but my g/f had a migraine, so we didn't. Go to Flickriver and search under that name, and be amazed!

Will do, Taan! Thanks for the tips!

B
Gerenuk: Antelope or Gazelle