The Leica 75mm Summilux is highly regarded as one of the best portrait lens out there. I have a love hate relationship with that lens over a span of 20 years. The first one I purchased was back in the early 90's. I think I paid $1500 for one. I traded that with a Rolex Datejust 2-tone and bought another one a few years later. I sold that one not long after. Fast forward to 3 months ago. I purchased another 75mm Summilux. German version this time. It came with a dented hood, loose focusing ring and no 6-bit. I figure i want to keep it since it is hard to find. I sent the lens to DAG for 6 bit coding, focus ring adjustment and order a new hood (surprisingly, NJ got one brand new old stock) from NJ and ask DAG to replace it for me. Spend close to $500 just to service that lens but think it was worth it since the lens looks pretty new with a unique twist. The hood came with the front ring of the lens where the serial number is engraved. Because it is an old stock and a replacement, the only engraving is Leitz 75mm Summilux f1.4. No E60 and no serial number. I thought the lens looks pretty unique and definitely a keeper. Then got hold of a 80mm summilux-R at 2/3rd the price of the 75mm. I played with it and really like the lens. The image is very similar to the 75 but I think it is a little better. I actually like the physical design of the 80mm much better than the 75mm. Needless to say, I ended up selling the 75mm once again. Now, I have the 80mm ROM version in preparation for use with the SL which I will eventually buy. Just need to find one at the right price. In the meantime, I am having lots of fun still with the 80mm including using it with the M 240 but mostly using it with my old Lumix G1. Here is an image I took of my girls with the G1 and the 80mm Summilux.

Want to wish everyone here a very Merry Christmas and a Happy New Year!! 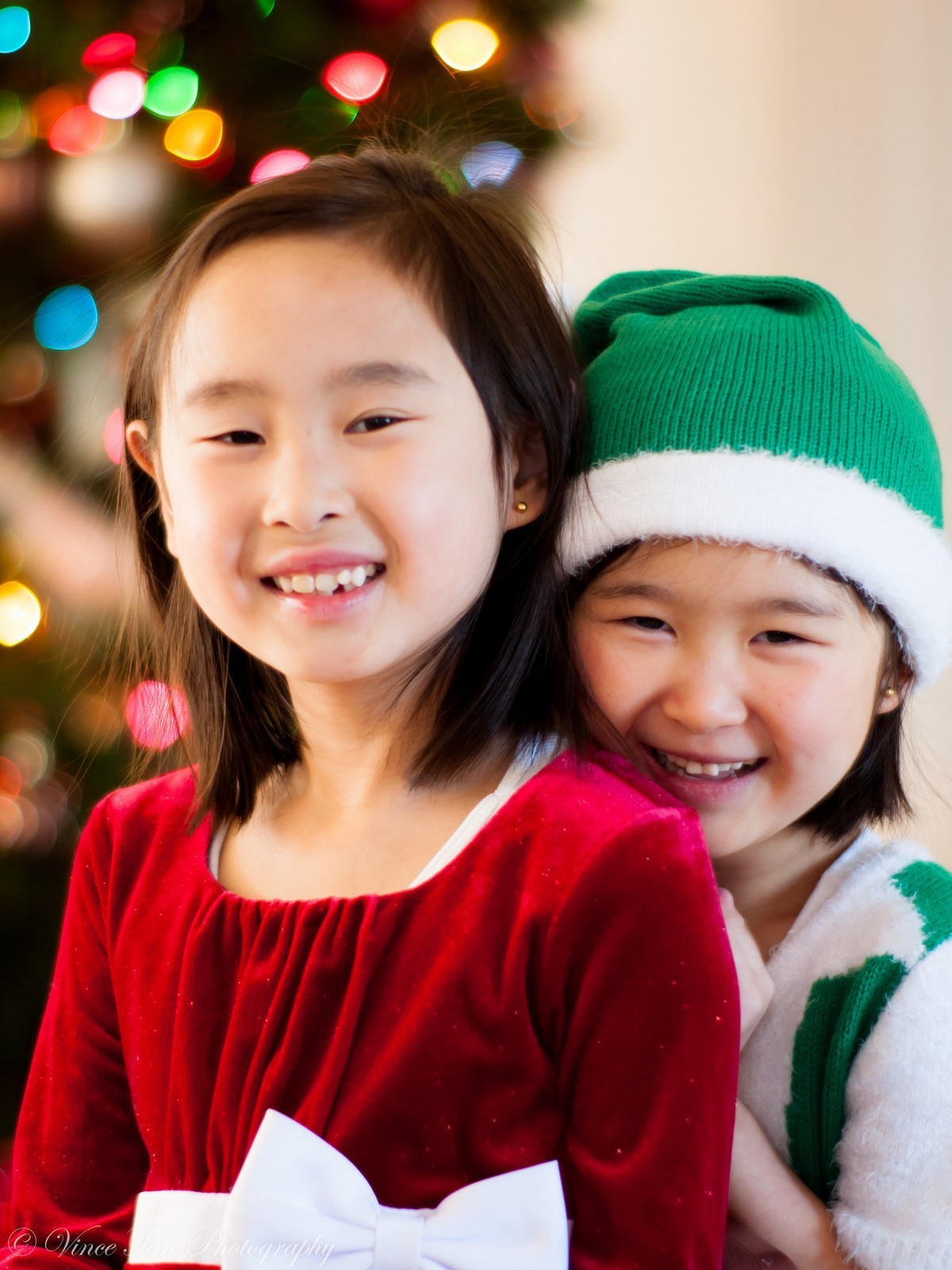