Supporter!
Disclaimer: I have no relationship to any vendors or retailers mentioned in this article. I am simply posting this for the benefit of peer J1 owners.

I have used both GGS and Giottos to protect the rear LCDs on all my cameras, including Nikon DSLRs and Micro-4/3rds systems. I have also recommended the Giottos Aegis 3" to many V1 owners. Having a protective glass cover is superior to any film based covers; particularly in application, light transmission and robustness.

Let's face it - anyone who's used film based protective covers knows what a real pain it is to apply. And no matter what the manufacturers say, you'll always have slight imperfections appear such as creases and bubbles. If you're lucky, it's in the corners, if not, it's smack dab somewhere in the middle somewhere, and every time you see it, it will annoy you. It also looks cheap. And while it does protect against scrapes and rubs, it does nothing against penetration or glancing impact.

Typical Film Based Covering - yes, despite the promises in the instructions, bubbles did appear after the application waiting period. This is one of the more popular and relatively costly films out there: 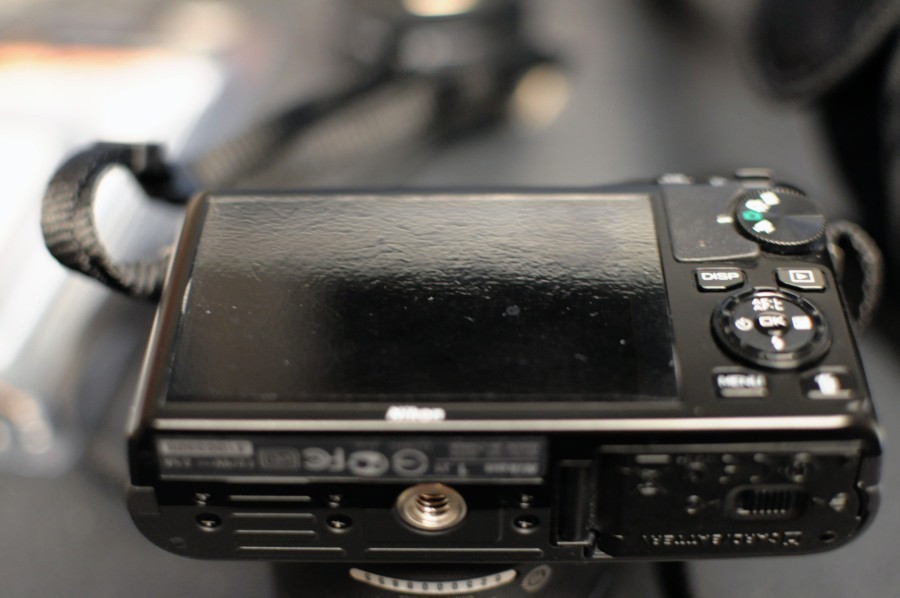 It's not that easy to find the right cover size. That's because rear LCDs change dimensions as models progress. Giottos and GGS have been conscientious about building custom covers to fit the most popular camera models, and making generic sizes as well. But the Nikon J1 was proving to be a unique case. Because of the wide-screen aspect of the rear LCD, even the large 3" generics weren't going to fully cover the screen. Their aspect is more squared. If you tried, the edges of the cover would end up blocking actual screen space. After much searching, I found a GGS-brand cover being sold by DSLRkit on Amazon. I have a preference for Giottos because of their use of Schott Glass, but GGS is a close competitor. I was a bit leery because of the shipping time - Amazon estimated 4-6 weeks if I chose my usual delivery method - free or lowest-priced shipping. As it turns out, the protector was being imported straight from China. My worries were allayed when Amazon's tracking system generated a USPS code. It just took a long time for the Beijing Post Office to send off the packet - about 3 days. But once in the post, it took a zippy two weeks and was in my mailbox about three weeks from ordering. Not bad. For those with instant gratification, feel free to exercise faster delivery options. I'm cheap, so I kept my acquisition costs low.

The cover came well-packed in a bubble envelope and the company even thoughtfully put a plastic sleeve inside with a styro block directly over the cover to enhance protection. Nice. You don't see that too often in parcel packaging. 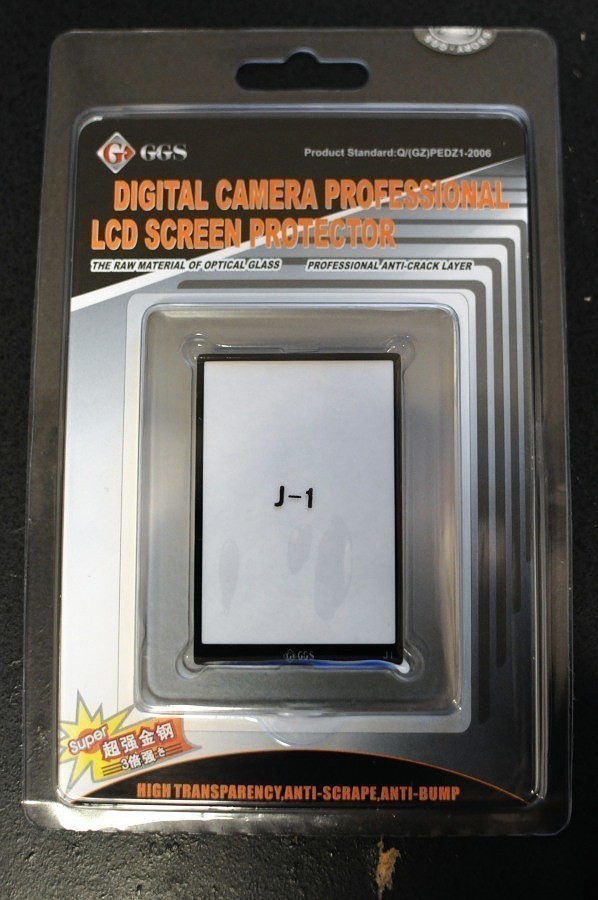 It was easy enough to remove the legacy film covering on my J1. I used the cardboard insert instructions from the GGS - ironic. Once I peeled it off, I used a microfiber cloth to quickly polish the rear LCD screen. The GGS applies like any other glass protector. The adhesive side is clearly marked with an opaque backing. The front is protected in transit with a thin plastic film. It's advised to dry-fit the screen first (don't remove the backing) with the J1's LCD screen on. This will give you an idea of how it needs to be placed before you commit with the glue exposed.

The good news is that the GGS is perfectly sized for the camera. The non-blank edges match the LCD screen's "bezels" to a T. Even better, the J1's LCD is ever-so-slightly recessed inward - there are ledges on all four sides of the screen. When dry-fitting, you'll note the GGS falls right into that recess snugly. Simply index the bottom of the screen to the bottom "ledge" of the LCD. Make sure the left and right edges align with the vertical ledges, use the bottom as a tipping point and then rotate the protector forward until all edges make contact.

Again, it's imperative that you a) clean the rear LCD and b) DO NOT under any circumstances, touch the backside of the protector screen (the same side where the glue is). The glass is extremely transparent and will show any and all smudges, dust, finger oil marks and other imperfections. This will drive you just as crazy, if not more so, than bubbles and creases on the film type protector. I know it did on one application I made with an earlier camera. 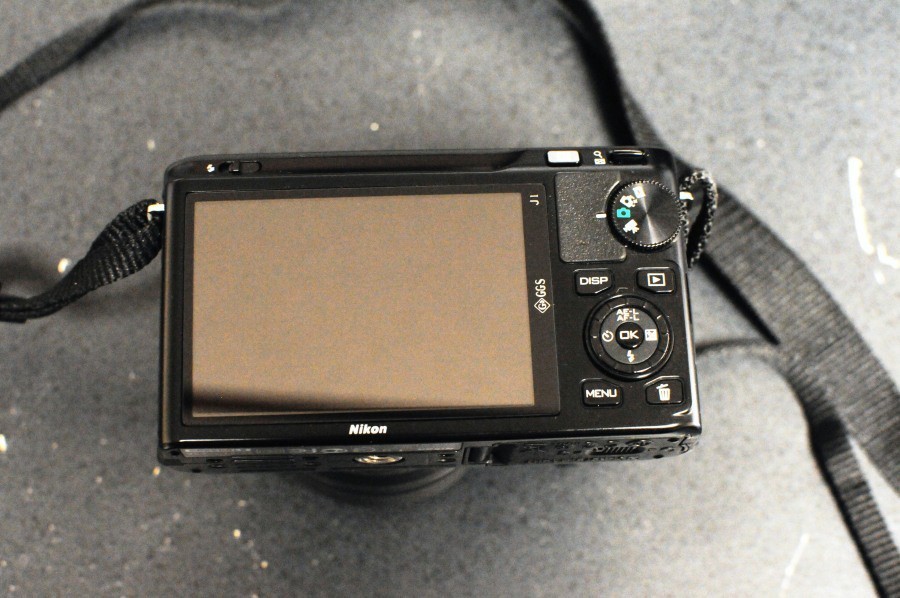 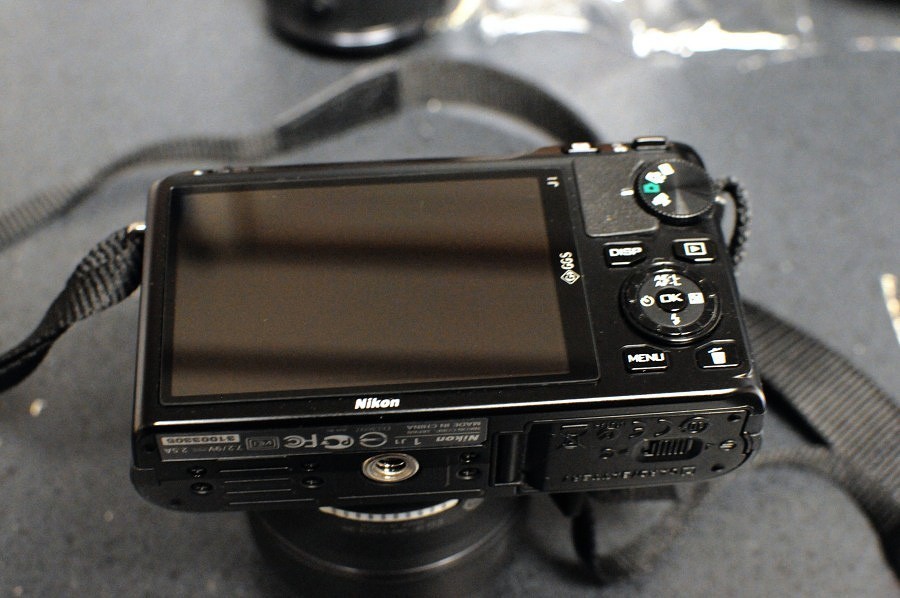 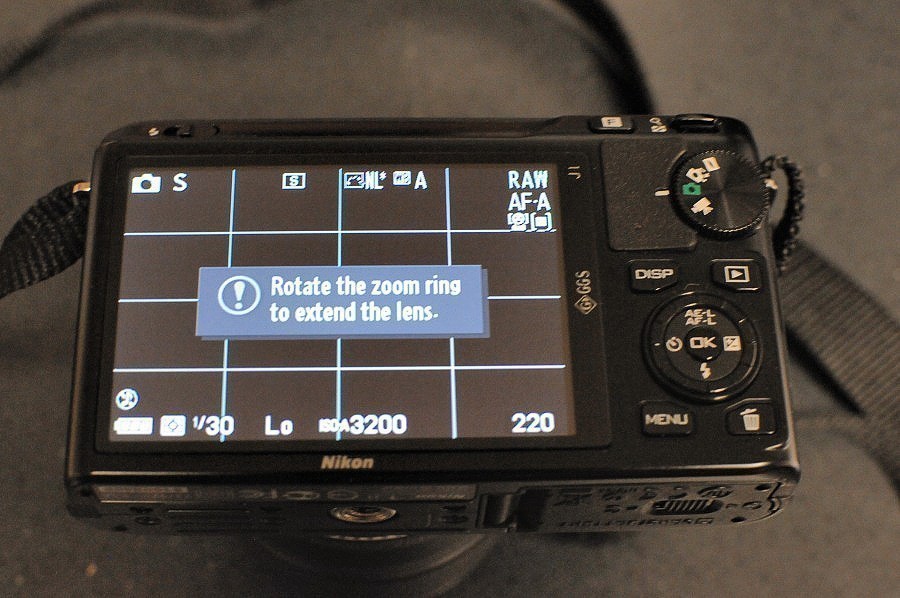 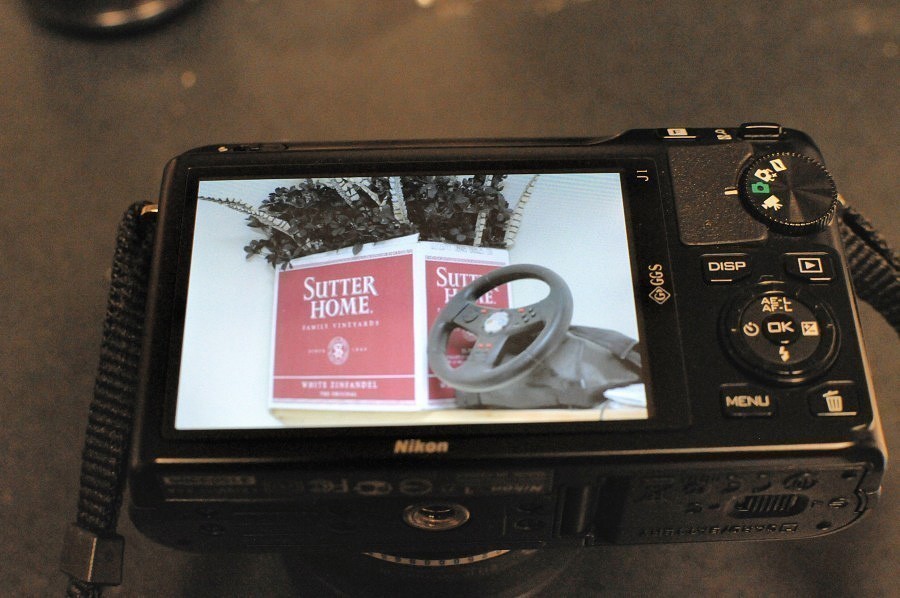 I'm very pleased to have found a custom-fitting screen protector for the J1. It was cheap for the protection and look it gives, and probably could be delivered more quickly had I paid a little bit more. Hope this helps fellow owners!
D

Hows the glare? I saw some mention on dpreview forums about the GGS on an SLR and compared to the plastic ones, the glass ones had much more glare.

Supporter!
Glare is quite minimal, and the light transmission level is excellent. In the shots above, you can't even tell that I'm sitting under a bank of flourescent lights.

I had a GGS glass protector on an Olympus E-P2 (fitted by the previous owner). I'm not all that concerned to fit screen protectors myself but this one was very good. Good fit, no real increase in glare, and it looked good (which can't be said for most plastic protectors)!