Fuji My First Impressions of the XPro 1

So far other than one small hiccup I am very happy and think I may have found the digital compact I have been looking for.
First off my Contax G2s were my favorite all time street cameras, the XPro 1 is almost exactly the same size as the Contax, just lighter, working with two cameras will be a dream, except here is my one hiccup so far, I received two bodies the other day, one has been flawless but the other suffered from some form of sporadic electrical problem, anyway these things happen and I have a new body one its way for Monday.
The camera is such a joy to shoot with, feels great in the hands and while not completely silent it is more than quiet enough for me.
The lenses are very, very nice, the lens hoods a little strange, the lens hood caps will be lost in no time, I would prefer some form of snap-in instead of the push on.
AF is not as fast as my Canon 1ds MkIV but is way faster than an M9, all joking aside I have had very little issues with the AF speed or ability to lock on, I use single spot AF, and as long I have a point of contrast, it was focusing pretty quick in some pretty dark scenes last night. IQ is off the map, very smooth, with amazing abilities at 32OO and 6400 ISO, colors are bright and clean.
While I will admit it does not feel as solid as a Leica, but it still feels well built, the control layout seems right so far, like the Q menu button.
While I doubt I will every manually focus the camera the focus movement seems faster than the X100, and easy to set for zone focus shooting. Using the AFL button to focus in MF is quick and easy to use. I like that the aperture ring click stops in thirds. EXP Comp dial may be just a little too easy to turn, but ok.
I will be putting a diopter on the viewfinder, there would be one there now but I messed up and order the wrong one.
Overall I am very happy.
Here are a couple of shots at F2.5 one at 1600 the other at 1250 both at 3200 ISO while I was having lunch, they have been reduced to fit on this site 41mb>7mb 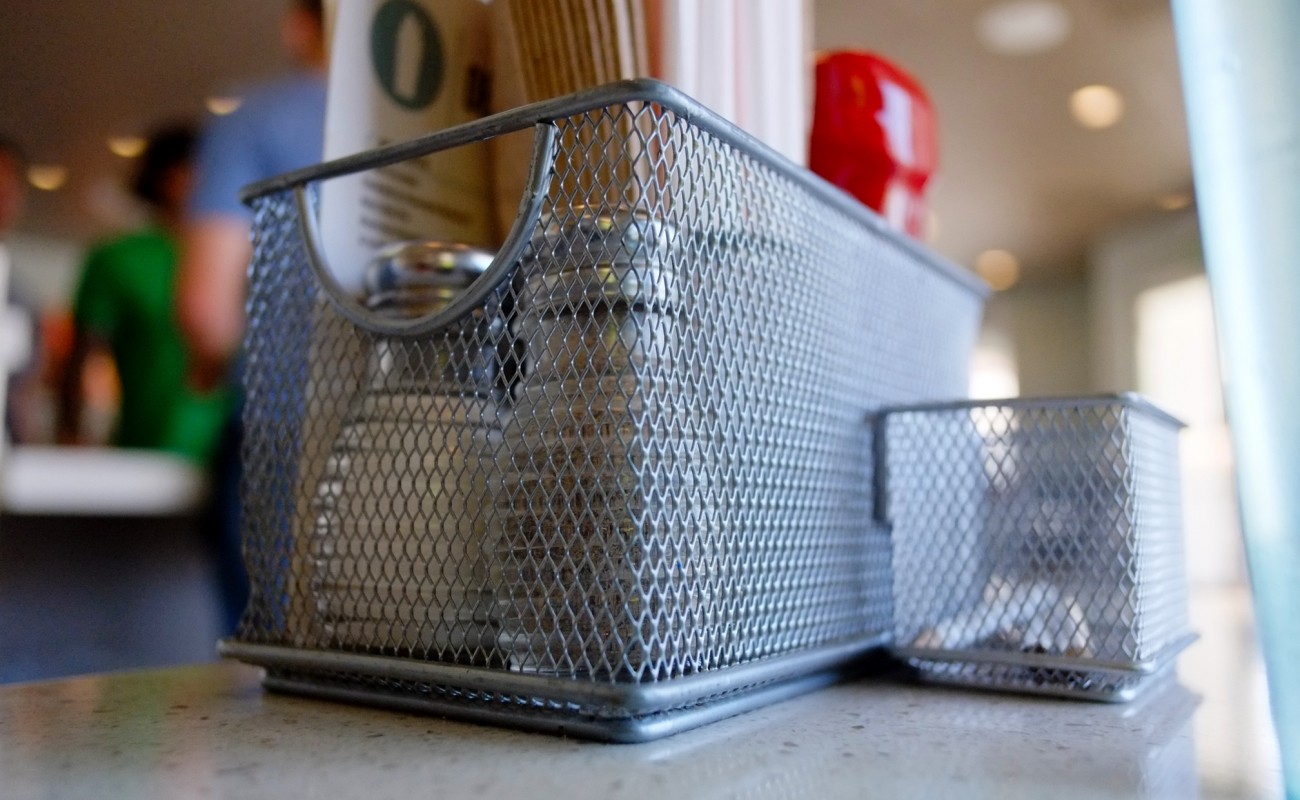 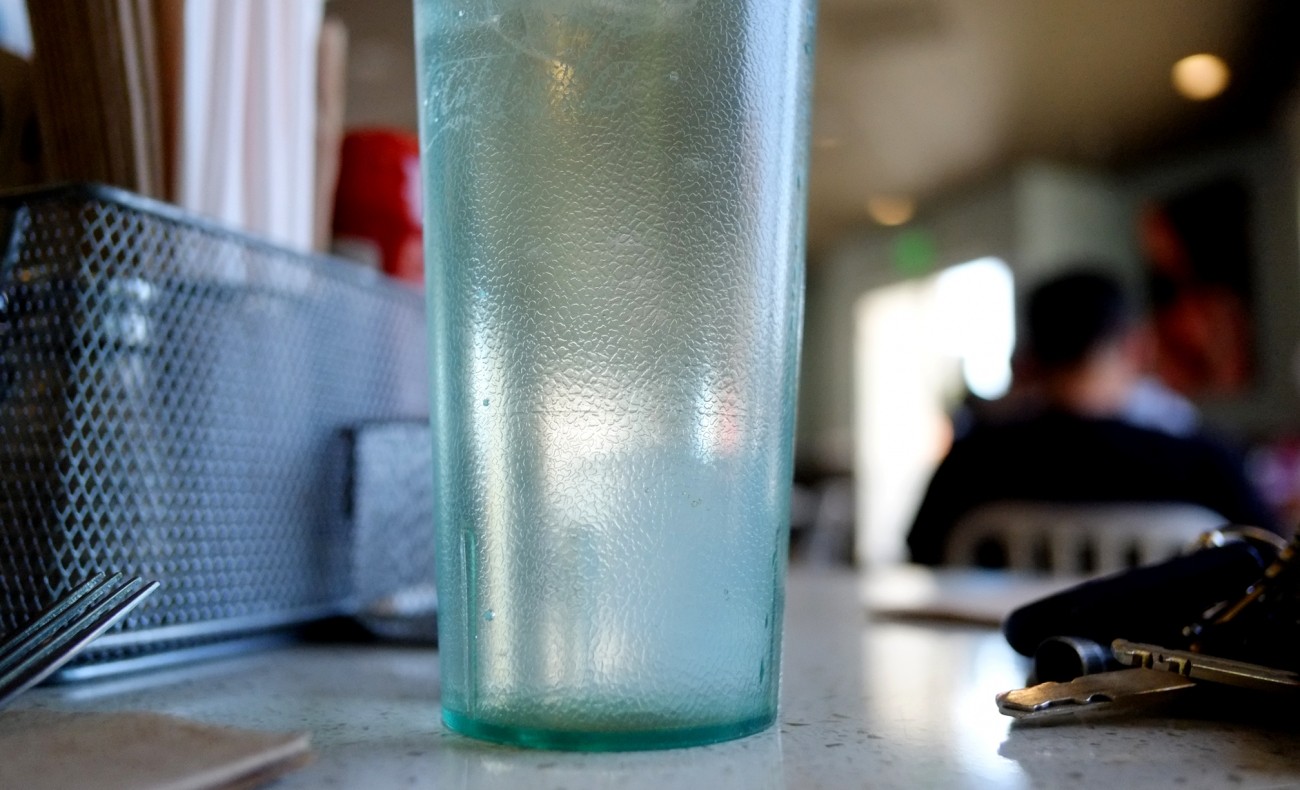 I had to send mine back as well, but I only had one so now I'm not so patiently waiting. Mine also suffered some kind of electrical issue. It was okay for about ten minutes, but after I charged up the battery over night and re-installed it(yes, it was in the right way), the camera took a permanent nap! I hope the new one doesn't suffer this same problem.

Congrats of your new camera, so far everything about looks pretty positive!

Glad you like it Bob. Pretty close to my impressions. AF has been no problem for me either. Very similar to, maybe slightly better than latest iteration of X100. You have to find a point of contrast to focus on, particularly in low light. Zone focus works great in good light and eliminates the need for super fast AF. Controls and menus are an improvement over X100. IQ is great in good light and truly sublime in low light. Its so good at 6400 it makes me want to try 12,800, just to check it out. It seems like I can get reasonable shutter speeds at 6400 in almost total darkness, though, so I'm not sure why I'd ever actually need to use 12800.

Sorry you had one of them fail - I've seen a couple of other reports of similar, but it seems like very few, so hopefully its just a very rare occurance.

I look forward to seeing what you're able to pull out of this camera. It feels like a pretty special camera after shooting with it for nearly a week now...

Mine worked ok for maybe 15 frames then started acting like there was some form of short circuit, I agree it is too easy to put the battery in wrong, so I also checked to see if that is what I had did, but no it is just something weird in the camera. If I had only ordered one body I have to admit I would be less patient than I am right now. I am sure your new one will be fine
W

Landshark said:
Mine worked ok for maybe 15 frames that started acting like there was some form of short circuit, I agree it is too easy to put the battery in wrong, so I also checked to see if that is what I had did, but no it is just something weird in the camera. If I had only ordered one body I have to admit I would be less patient than I am right now. I am sure your new one will be fine
Click to expand...

Waiting for the first one was like a child on Christmas Eve. Now I'm back to that feeling all over again. I like having something to look forward too!

My first impressions are similar to yours Landshark. I would say that anyone who liked the X100 will like the XP1 a whole lot more, at least that is my experience. As you, and everyone says, the IQ even at high ISO is great. The UI is excellent as well. For my type of shooting, Aperture priority most of the time, everything is at my fingertips. I love the quick start up. A person can walk along with the camera turned off and in their right hand down at their side, and turn it on as they bring it up to the eye and it will be started by the time it gets there. That is fantastic. I also have had no problem with the AF. Yes it is not as fast as my Nikon D7000, but it is fast enough. I think anyone who would like to have an M9 but cannot justify the cost, will find this a more than sufficient alternative, and in some ways even better.

I usually do not like the extra grips and honestly do not feel the need for one on this camera, it fits my hands very well
A

I sold the X100 but the XP1 is a keeper! I took it to my favorite hike to photograph today and it did wonders. It definitely has its foibles, but I plan to get to know it and use it. A lot. Color me impressed. The JPGs are very nice, but I'm looking forward to better RAW support, simply because the potential will only increase. Really, I am amazed.

I believe the X200 will be a fantastic camera.

Just a couple from the backyard, I am blown away by how smooth the images are, just jpegs out of the camera 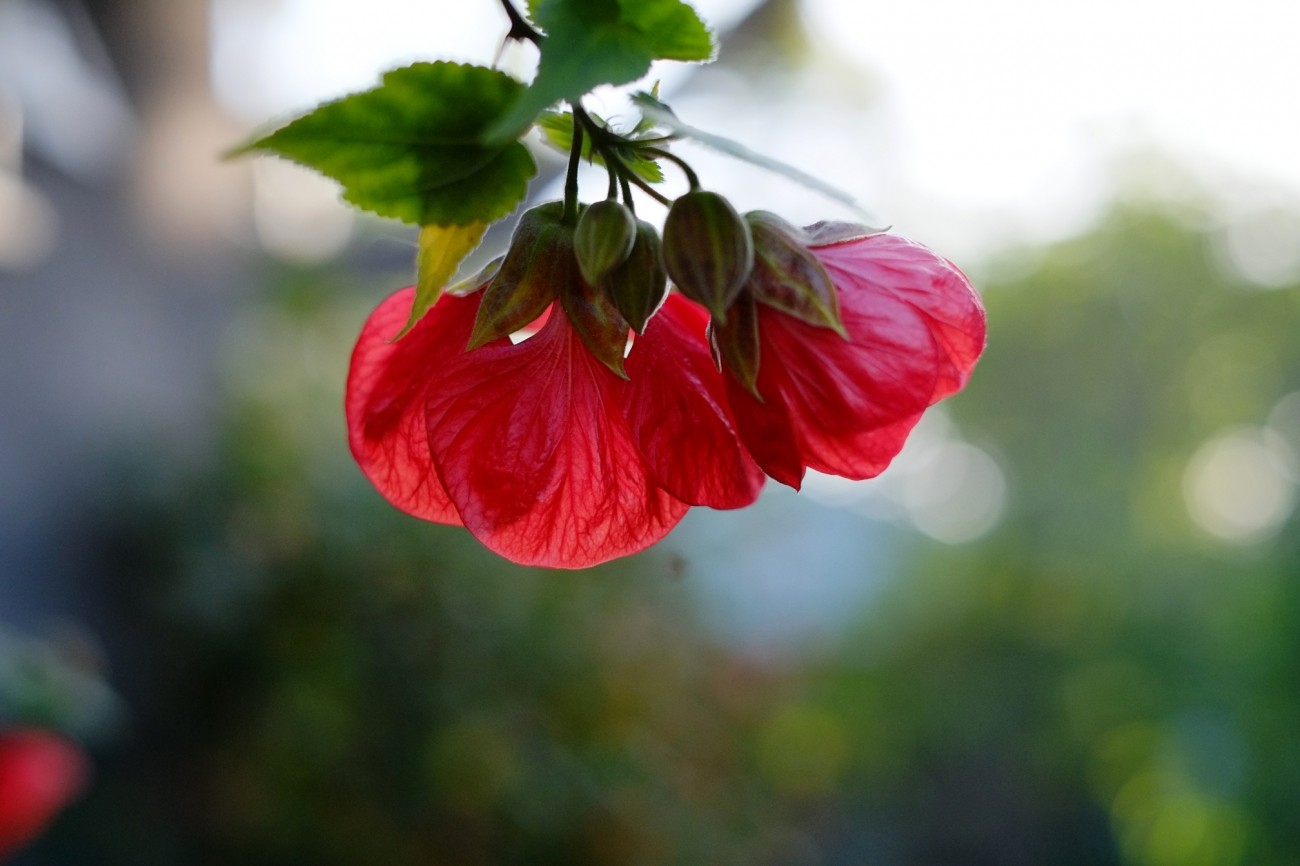 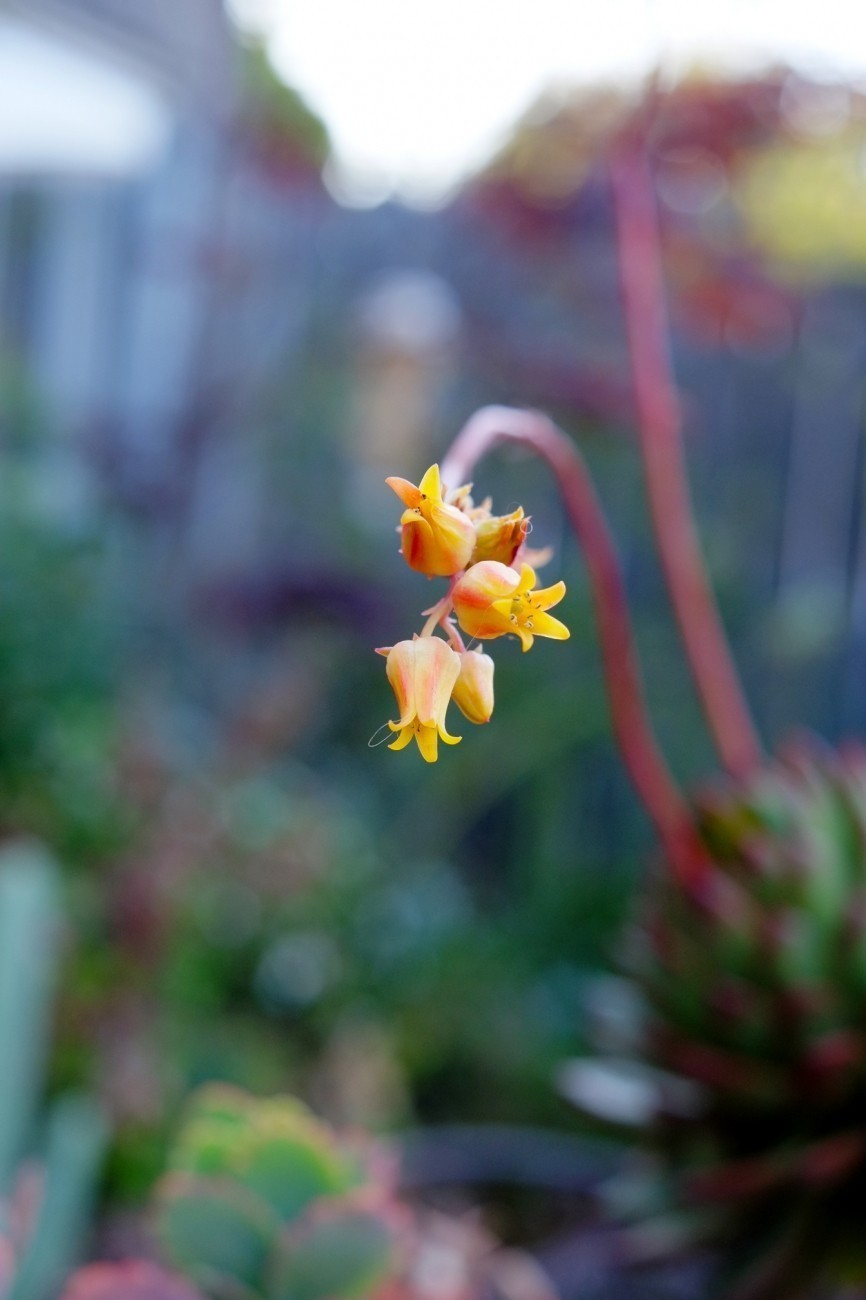 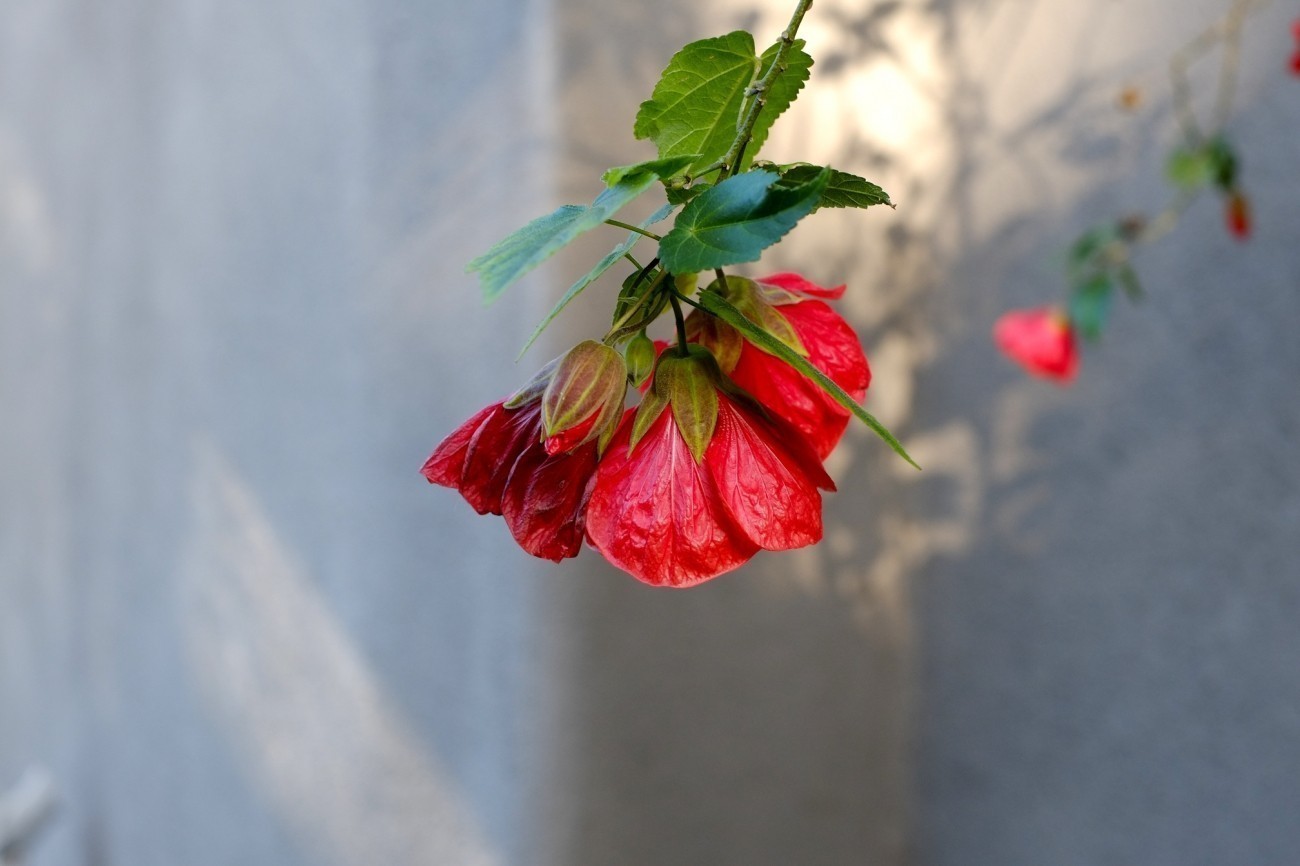 some baby hummingbirds in their nest 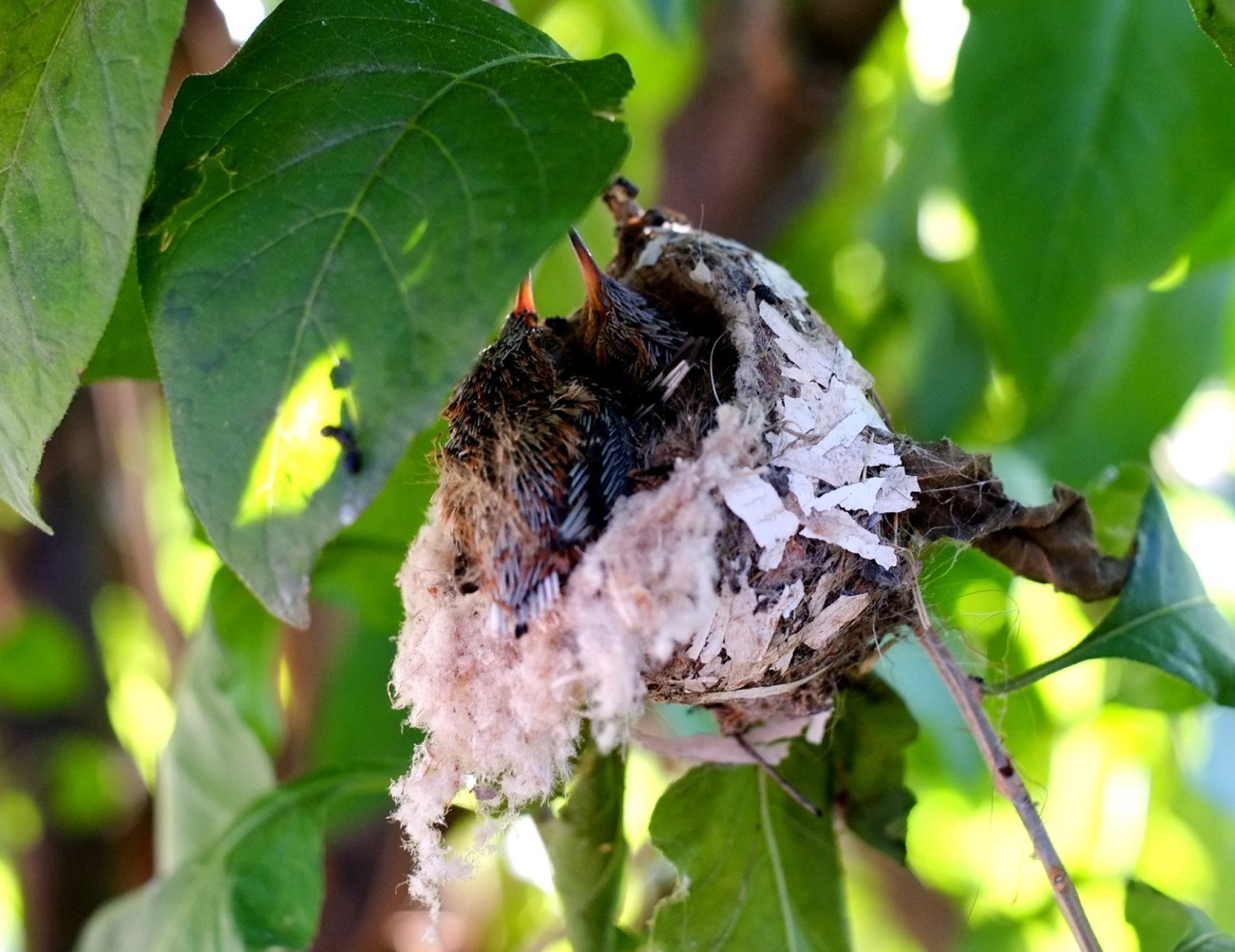 Landshark said:
I will be putting a diopter on the viewfinder, there would be one there now but I messed up and order the wrong one.
Click to expand...

Bob, could you tell me where you got yours from, and how you know which is the right one to order? I'm failing in my resolve not to put this camera on my wishlist, but I too will need a diopter.

Funny thing with the diopter. The X100 has an adjustable one. When I got it, I had to adjust it. I adjusted it and haven't touched it since. Never noticed any issues with it once I set it. It always seemed fine. I wear progressive lenses in my glasses. With the X-Pro, I took the little protecive lens off of the back (since it was optically neutral) which allows me to get my eye closer and makes both the OVF and EVF perfectly useable with my glasses. With the OVF, I'm looking right through the camera and everything is in focus using the upper part of the lens on my glasses. Which makes sense. BUT, when I review a shot in the finder or when I use the EVF, I have to tilt my head so that I'm looking through the lower part of the progressive lenses, like if I'm reading something close. Which, of course, makes sense - when I'm looking at the electronic image, I'm looking at something much closer than when I'm just looking through the OVF so I should need the closer focus part of my glasses.

The confusing thing is I never recall reacting that way in the more than a year I've had the X100 but the same thing clearly SHOULD be happening, no? I haven't used the X100 in about a week, since I got the X-Pro 1 last Monday. My wife just took it back home with her so I don't have it here to really test. But odd that I've never noticed having to tilt back for the near-focus part of my glasses with the X100. Bob's mention of the Photo-Village made me take another look at this because, well, they're just a few blocks away and it would be an ideal time to try a few diopter lenses. But I'm realizing a diopter lens would probably screw up my use of the OVF and make the EVF/Review better. Since I use the OVF the vast majority of the time with this camera, that's a very very bad tradeoff indeed. So I'm not going to the Photo Village (for fear I might buy something ELSE I didn't plan to!). But now I'm wondering why I'm just noticing this now and not with the X100?? Very odd.

kyteflyer said:
Thanks, Bob, I'm a + also. In any case, not yet ready to buy
Click to expand...

My replacement should be here on Thursday. I'm sure it'll be okay.

I'm glad I have AND love my X100 or you folks would be giving me serious GAS. Keep the photos coming regardless!

That is the 35mm, I do not think the 60 is coming until the end of the month