When I made the trip to the camera store, I had no intentions of really buying anything. I was curious about possibly looking to see if there were any used Fuji XT30 for a good price, but it was really only a curiosity.

When I arrived, I noticed that they had a few used XT3 bodies and at good prices. I did bring along some unused lenses and flash gear just in case. I’m glad I did.

After trade value was taken into account, I got the XT3 for hundreds less than I could have gotten the XT30.

How well does the XT3 perform and what is it like? Let’s take the journey and find out. Right off the bat, the camera body has a premium feel. The body panels are solid and it has a nice weight to it. Not too heavy and not too light. It reminds me in some ways of my loved X-Pro2 and in other ways it reminds me a bit of the Nikon DSLR.

Dials. If you’ve used Fuji before, you know they are all about the incorporation of the analog dials. ISo on the left, along with a switch to change your drive modes. on the right is your shutter speed dial as well as a switch to change your metering mode. All the way to the right is your exposure compensation dial. The ISO and shutter dial have a lock/unlock button to prevent accidental changes. The exposure comp dial does not, but the tension and positive 1/3 stop clicks are sufficient to prevent it from moving on accident.

Shutter Release – The shutter release has a positive feel between activating the auto focus and actuating the shutter. It also has a thread for use of a cable release or to add a soft shutter release.

Rear LCD – It is very good. The colors and contrast are true to the scene. The touch actuation of the shutter release is good here. It not only articulates up and down, but also has a release to go about 45 degrees vertical for low angle shots.

As good as the rear LCD might be, I still am not a fan of shooting with it full time. I choose to shoot in EVF + eye sensor mode. Call me old school, but I need an EVF for the way I work.

The XT3 comes supplied with the Fuji EF-X8 hotshoe flash. It is a tiny thing and probably only good for fill flash. I’ll never use it. 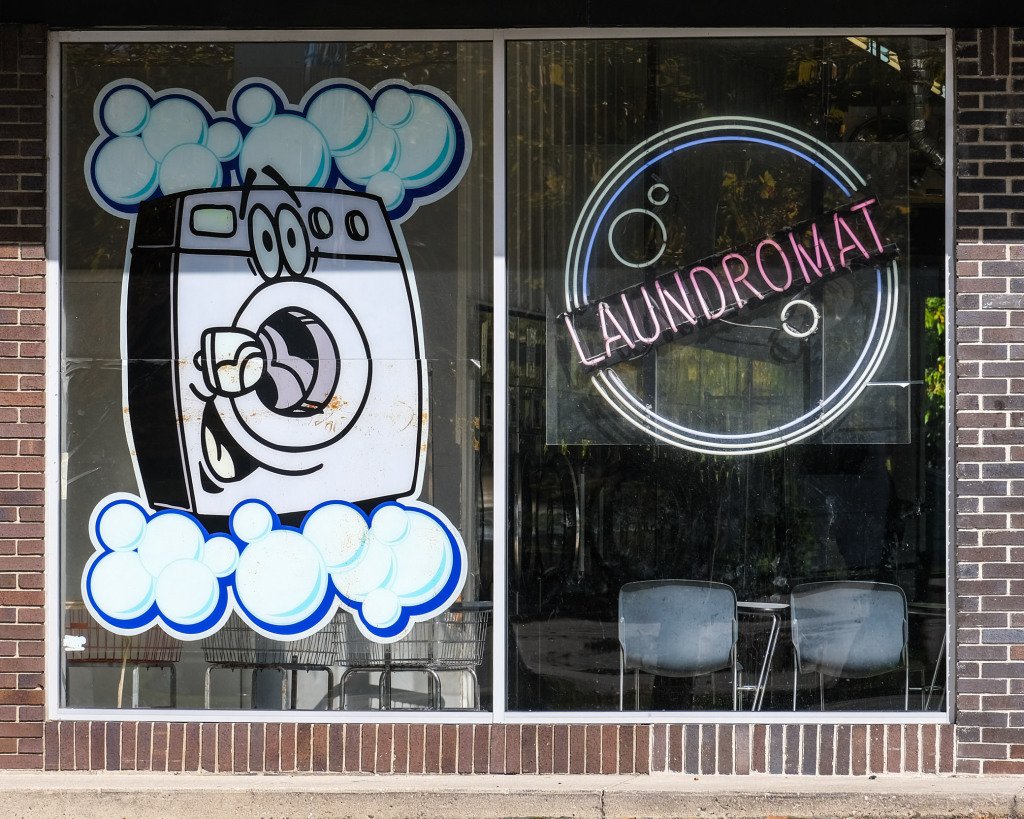 Prime and zoom lenses have entry level, intermediate and pro level varieties and all priced accordingly.

I do enjoy adapting some of my legacy Nikon AI lenses using my K&F or Fotodiox adapters. While the X-T4 is out, let us not forget that this is a Fujifilm flagship camera. As of October 2020, Fuji has announced that the X-T3 will be getting a firmware update to version 4.0, which will bring the auto focus performance up to the level of the X-T4. 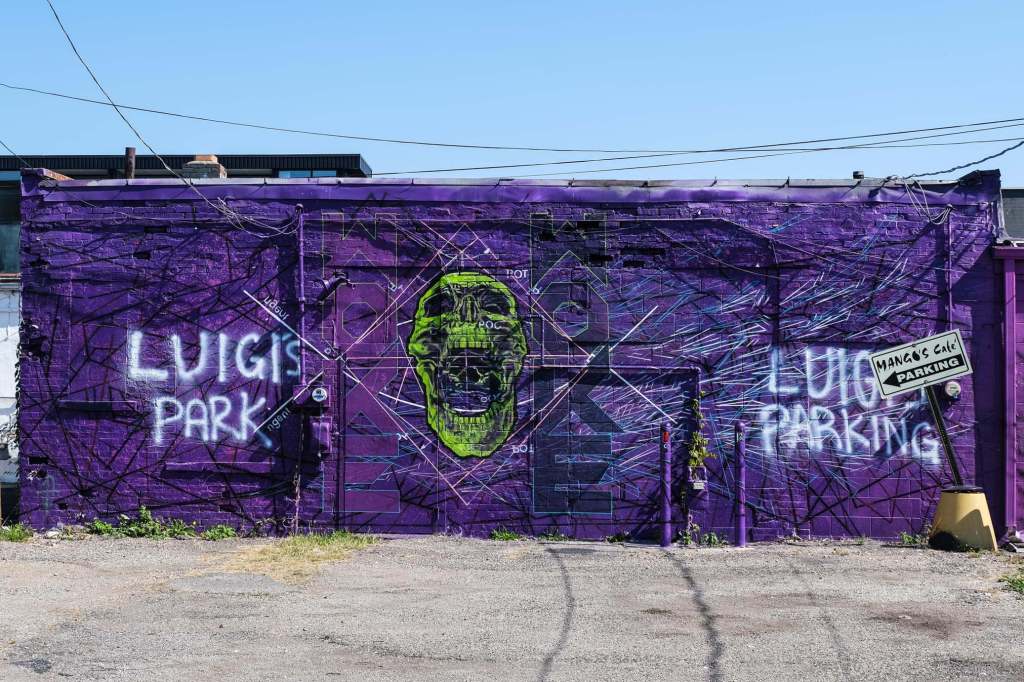 System performance and speed are all top notch. I never have to wait on the camera.

The camera fires up quickly. The touch screens are very responsive. The Fuji menus are not the most intuitive, but they are not the worst I’ve ever used either. Once you get used to them, they get to make a lot more sense. 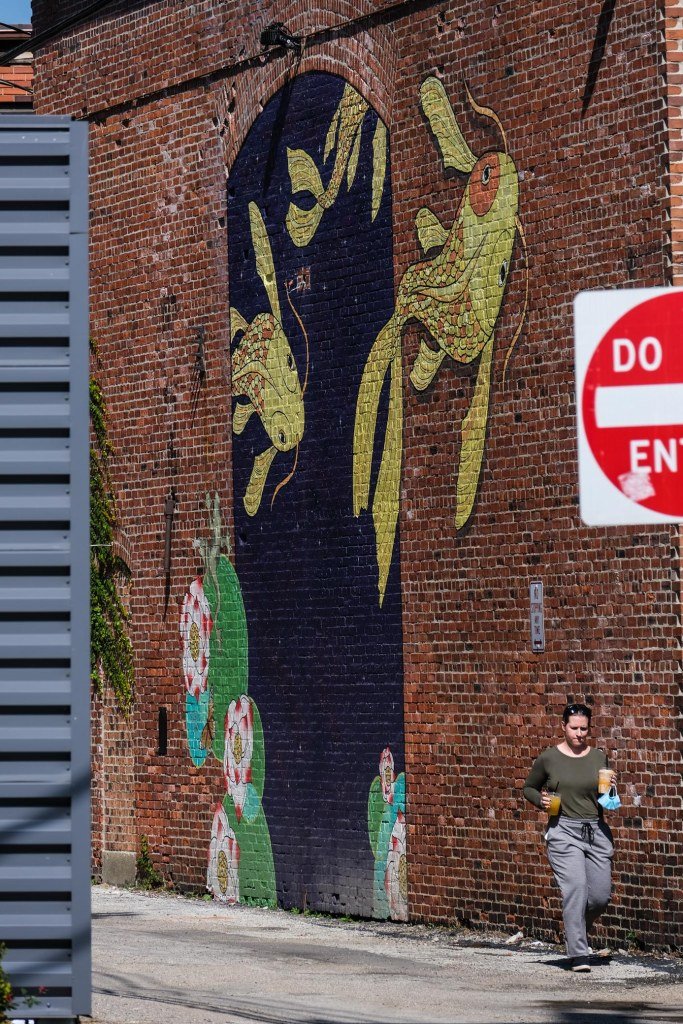 **As of October 2020, Fuji has announced that the X-T3 will be getting a firmware update to version 4.0, which will bring the auto focus performance up to the level of the X-T4.

The auto focus performance here is top notch in single point mode. Positive and sure with all lenses tested. By clicking the AF joystick, you can gain access to the various sizes and focusing modes Fuji offers. There are several small to medium single point boxes for the shooter to choose from.

I usually sit 2 sizes up from the smallest for normal, everyday shooting.

Once you get past single point, Fuji offers up the zone focusing mode. a square grid of points focus in a zone. Best suited for keeping moving subjects in focus.

Wide is basically a “let the camera determine the best AF point” mode. I generally never use this mode as I am too controlling to allow the camera to decide.

Up until I used the Fuji X-Pro2 or X-E3, I never really trusted or relied on Fuji continuous auto focus. The X-Pro2 showed me that Fuji is capable, but not class leading. The X-T3 is not class leading either, but is now way more competent. If I’m working on a paid job or need to 100% nail the focus on a moving subject, I’m still going to look to my Nikon DSLRs for that…however, for a lot of situations, the Fuji will be more than adequate. With the upcoming AF upgrade via firmware, the X-T3 will be even more formidable in tracking subjects.

I will use manual focus on occasion, but usually only with adapted manual focus lenses. The X-T3 has a few manual focus aids, like peaking and a digital split focus patch. I prefer the focus peaking and do find it works just fine when I slap on a manual focus Nikkor lens and have a go around with it.

It is good enough to get the job done. 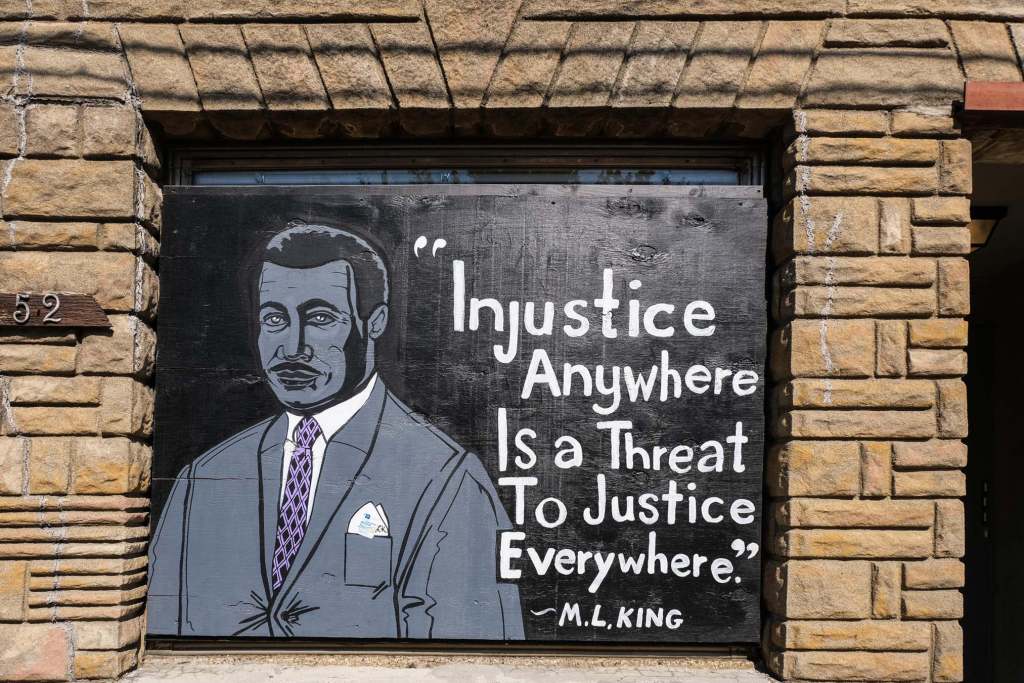 Power wise, it meets and exceeds the CIPA rating of 370 shots per charge. For me, the size of a camera is important. There is a point of diminishing returns on size. You can only go so small before the controls are hard to reach and the camera is difficult to hold.

Feel in The Hand

I already mentioned that the camera feels solid. I tend to go after market for a half case or bottom plate plus grip type device. I will be getting one of those for this camera as it is borderline too small.

It is easy to get to the buttons and the shutter falls nicely under my index finger.

Most people would not need an extra grip, and if I did not want to protects the bottom plate of the camera, I would not really need the grip either…it’s just that no one really makes a bottom plate only that I really like and I am not a fan of the universal bottom plates or l-brackets on the market. 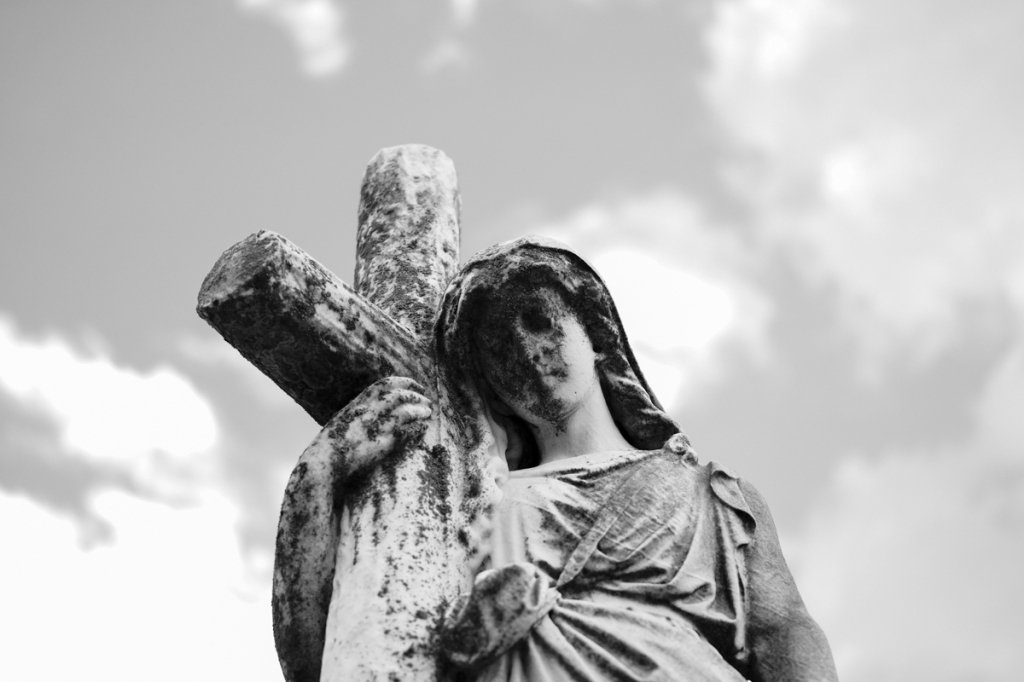 I find the Fujifilm special in their JPG processing. Out of the box the colors are pleasant, but the film simulation engine is what really makes me happy here.

The 26MP sensor on the Fuji is excellent and I get good color, and high ISO performance. If shooting RAW, I prefer the way that Capture One handles the X-Trans RAW files over the way Lightroom does…but that has more to do with sharpening that the way it deals with colors.

I’ve never really experienced shutter shock on the Fuji X cameras that I can tell. The X-T3 does have a feature of electronic front curtain for the shutter, which I turn on just to be safe.

My actual setting for the shutter is the EFCS + MS + ES, which basically lets the camera determine what to use when. 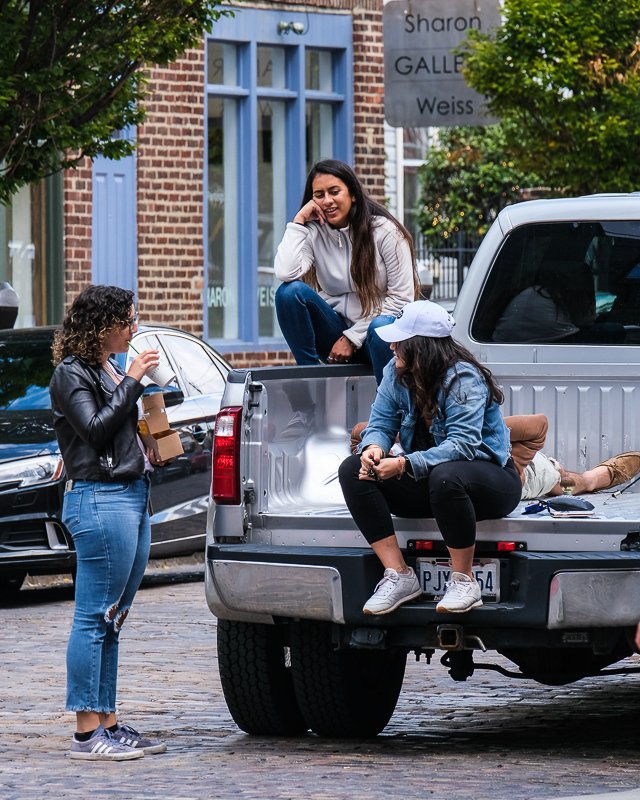 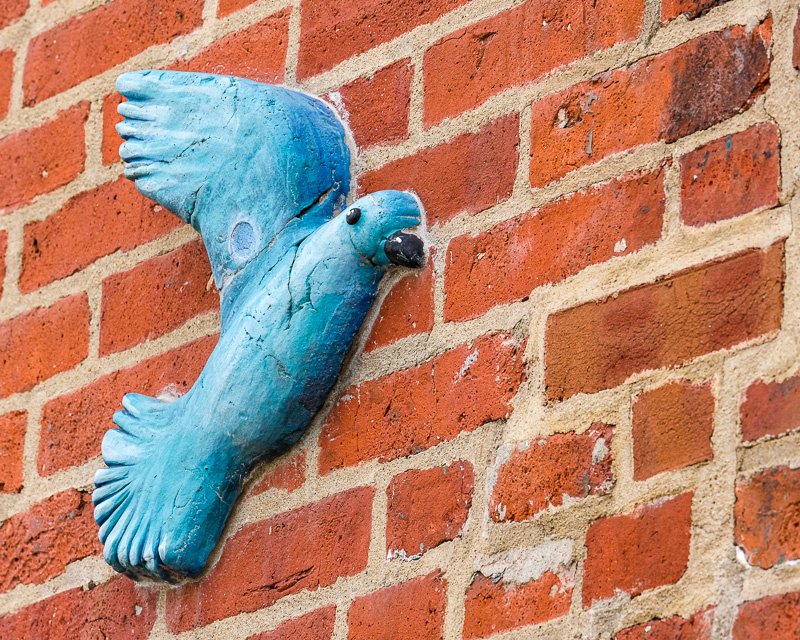 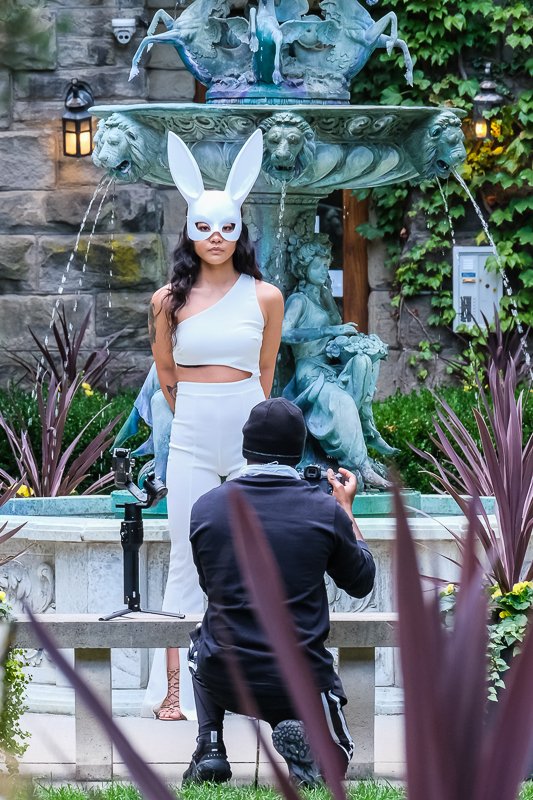 Being honest, I’m still not as heavily into video as I want to be right now. From the specs alone, the Fuji X-T3 has the goods to be a competent video camera. Without IBIS, you’ll want to get an OIS capable lens if you want to run hand held or invest in a capable gimbal. For that, I really like Ikan. 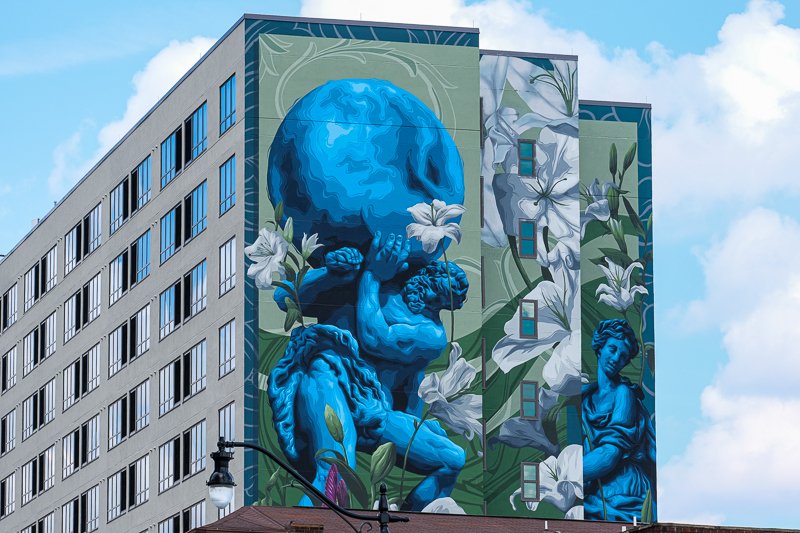 Sometimes, when you fall into a great deal on a flagship camera, you really should take the plunge. Even though the X-T3 is now considered “old technology”, that tag does not mean that it is not capable. In fact, it is a very capable camera that is a pleasure to shoot.

If you can get one used for under $1000, I highly recommend it. I’m glad I had the opportunity to get this one. It has been an excellent companion for day to day shooting, even with the kit level lenses like the Fuji 16-50 XC and 50-230XC. Put on the “Fujicron” primes or better and you really have a great shooter. I love putting on the Fuji 50/2WR and the 90/2WR and running the X-T3.

Link to Article on my site: Fujifilm X-T3 Review
M

I didn't bond with the camera with my time with it but did recognize that the X-T3 is a real power house of a camera. A real pocket rocket that will do it all.

I will use manual focus on occasion, but usually only with adapted manual focus lenses. The X-T3 has a few manual focus aids, like peaking and a digital split focus patch. I prefer the focus peaking and do find it works just fine when I slap on a manual focus Nikkor lens and have a go around with it.

It is good enough to get the job done.
Click to expand...

Please don't forget to mention about the killer feature that the X-T lineup has over many other manufacturers: dual view or Dual Mode when manually focusing. If one prefer to just magnify (or combine peaking with magnification) then the challenge is that the big picture is lost momentarily. Dual mode shows the whole frame alongside a small portion that'll be magnified, split-patched, peaked, however you want the help. 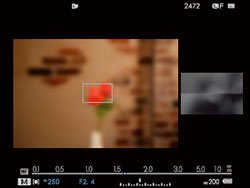 Fuji X-Pro3 and My Fuji Gear
2