My initial impressions of the Canon G3X

Perhaps the best place to start is why I was interested in the Canon G3X to start with. After all, I am pretty darned happy with my Panasonic FZ200 superzoom and my Panasonic LX100. They are my “two camera solution” – one for its 25-600mm (e) reach, and the other for its see-in-the-dark 4/3 sensor and fast lens. Both fit in a relatively small LL Bean shoulder bag and weigh less than a DSLR and a couple of lenses.

Three things twigged me to look at the G3X. The first is that I am an opportunistic photographer. When the better half and I go for walks, I take a camera. If wildlife, a glorious sunset, or marvelous cloud structure appear, I try to take pictures of them. In my view, when it comes to wildlife, there is no such thing as too much reach. The longer the lens you have available, the better. But at the same time, I’m not willing to carry a DSLR and a 150-600 zoom lens on the off-chance of a wildlife shot.

A couple of years ago, I encountered an interesting concept for evaluating sensor/lens combinations for reach. It was called “figure of merit” and it says “square the equivalent focal length of the lens and multiply it by the number of pixels in the sensor. So, for the FZ200: 600 x 600 x 12 = 4.3 million. For the G3X: 600 x 600 x 20 = 7.2 million. A bigger number translates to more reach, but says nothing about the quality of the pixels. Bottom line, though, the G3X offered the potential of more reach.

The second motivator was that I had an episode with dust on the sensor of the FZ200. In talking with the camera repair guy, I realized that any zoom lens that moves in and out, or any lens that has to move to get into position when you turn the camera on, has the potential to suck dust into the camera. The G3X is built to be dust and splash resistant, according to Canon, and one source said it was supposed to be as dust and splash resistant as the Canon D70 DSLR.

Third, the G3X is supposed to have a pretty terrific sensor. DXOmark rated the G7X sensor (the same one used in the G3X) as better than one of the current Canon APC DSLRs and a hair better than the LX100.

The G3X without the optional electronic viewfinder is almost exactly the same size as the FZ200. The configuration is different – the G3X is like a rangefinder, the FZ200 like a DSLR – but the height, width, and depth are just about the same. The FZ200 is well made, but mostly of plastic. The G3X has a metal body. Both have a substantial lens protruding from the front that sticks out even further when zoomed to maximum telephoto.

But the G3X has no viewfinder built in. Why anyone would design a 24-600mm superzoom with no viewfinder is beyond me. How could anyone handhold it steady at full telephoto while composing a scene using the back screen? The optional DC-1 EVF solves the problem. It clips on the top of the G3X and performs very well. It can even be tipped up at 90 degrees, so the photographer can look down into the camera, a little like a twin-lens reflex. This might be handy for street photography.

The clip-on EVF, however, adds a biggish lump to the top of the camera. Suddenly, the G3X is 1 3/8 inch taller, and there is roughly an addition half-inch of rear protrusion. My FZ200 will slide neatly into a bag designed for mini birder’s binocular; so will the G3X, but not with the EVF attached. 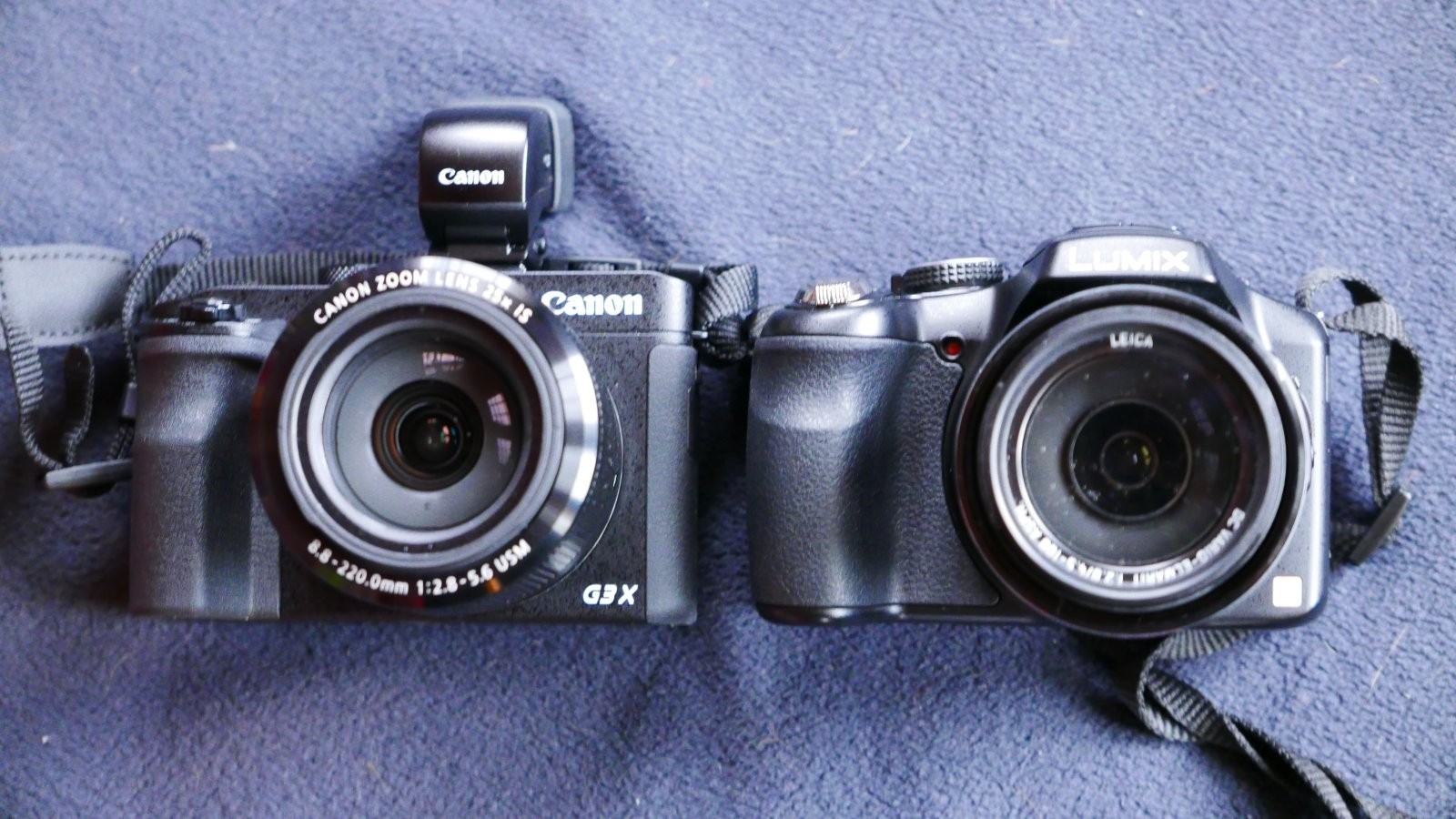 My LLBean shoulder bag will house the G3X with the EVF attached (I don’t want to keep putting it on and taking it off), but it feels like a big DSLR is stuffed in there. With the EVF attached, the G3X is about a half pound heavier than the FZ200.

So far, I am enjoying shooting with the G3X. The viewfinder is large and clear, and the camera is responsive. Some reviewers have said that the autofocus is pokey, but I have not found that not to be so. In good light, the camera locks-on almost instantly and in low light, it takes about as long as the FZ200 in low light. In short, I am not troubled by the autofocus performance, and sometimes I am quite impressed.

Manual focus on the G3X is excellent; just press a button on the lens barrel, and you’re manual focus mode. Rotate a ring on the barrel to dial in the focus. By contrast, the FZ200 has a switch on the lens barrel to select manual focus and a slider on barrel to fine tune the focus that requires a safecracker’s touch. A button on the FZ200 near the slider can be used to force autofocus once you get close, but I think the G3X system is better. In photographing wildlife, I find manual focus is often needed when you find a creature behind some leaves or bushes that would “fool” the autofocus system.

There is a second button on the lens barrel of the G3X that can force an instantaneous, temporary, “zoom back” that proves very handy. Say you are fully zoomed in on a distant bird and you wobble a bit and lose the bird in the field of view. Press the zoom back button to widen the field of view, put the focus box on the bird, and release the button, and the camera instantly zooms back in to where you want to be. It’s slick, and I have already used it several times in the field.

The operating schema is, of course, different between the FZ200 and the G3X. The FZ200 has the Q menu, and the G3X has the SET button that allows fast access to commonly used stuff, but they seem to do basically the same thing. The FZ200 allows each shooting mode (vivid, standard, etc.) to be individually adjusted for sharpness, contrast, saturation, etc. The G3X allows adjustment of sharpness, contrast, and so on in just one custom “My colors” slot.

For the present, I think I like the way the G3X renders the subtleties of the sky better than the FZ200 or the LX100. I was surprised by that. 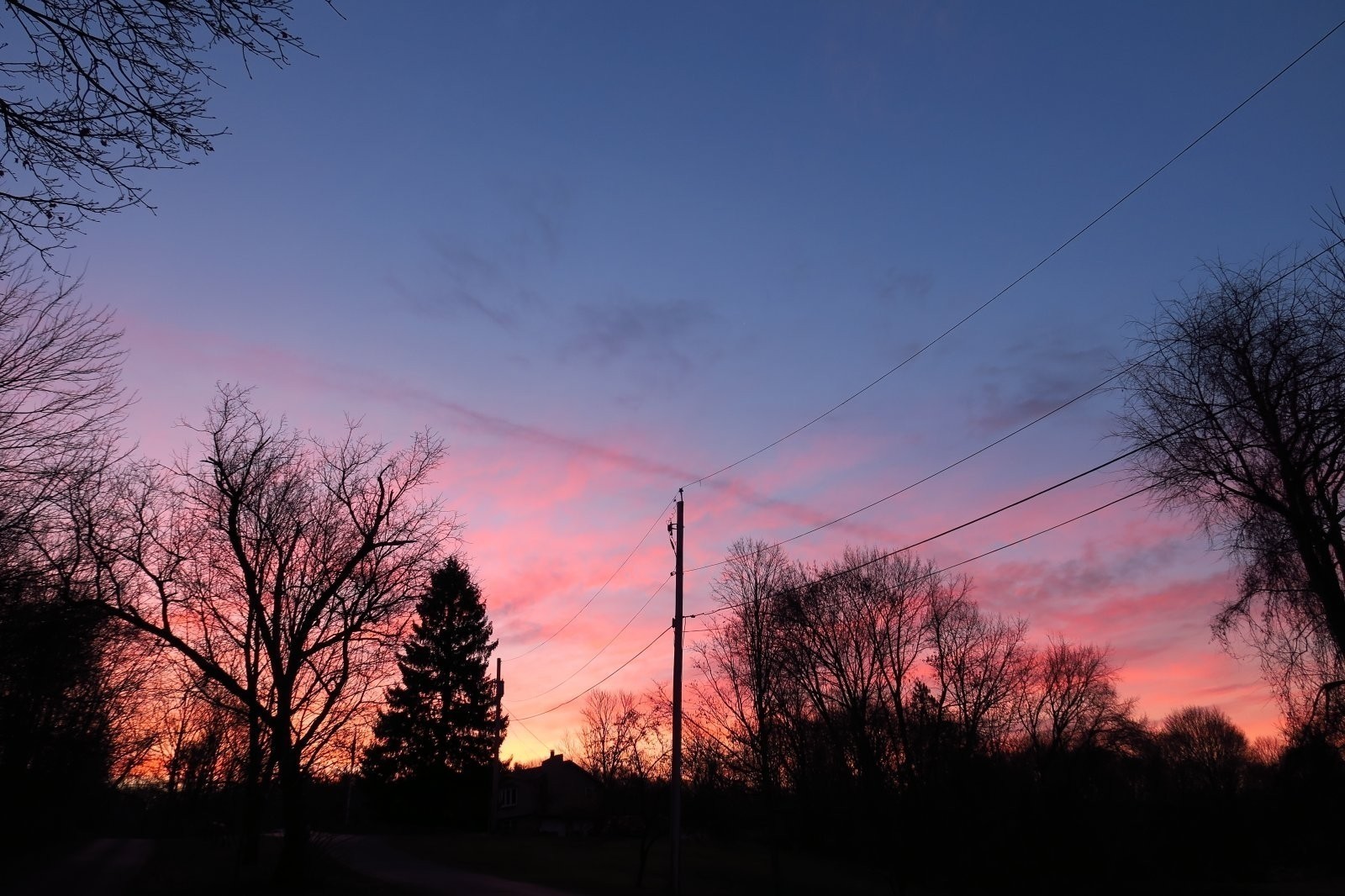 For the long-reach shooting, both the FZ200 and G3X, at full optical and digital zoom, can get to about 100X, which translates to about 2400mm (e), but the FZ200 delivers a noisier, more pixelated image, whereas the G3X offers a smoother and softer image, but I find it pleasing. 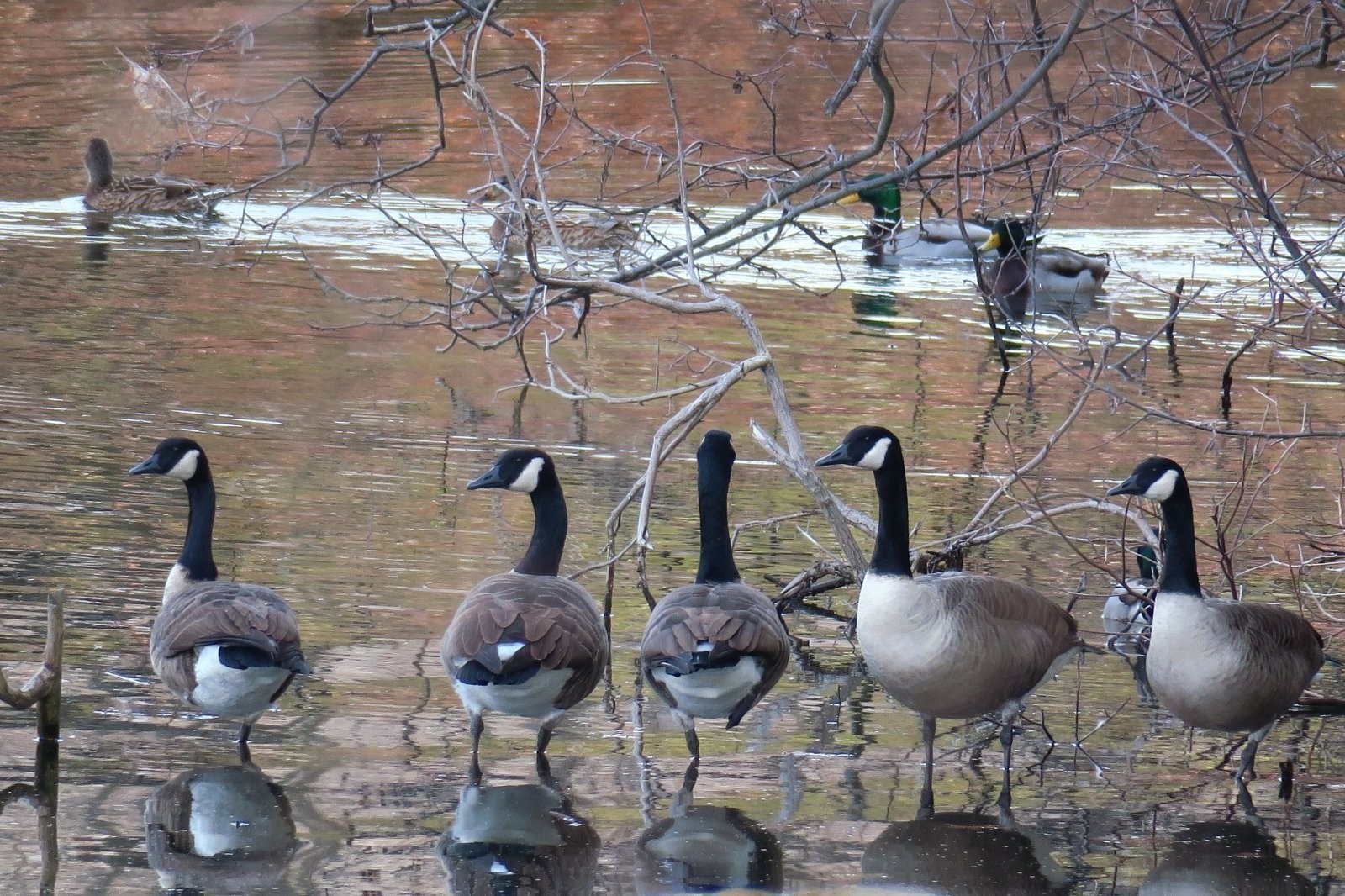 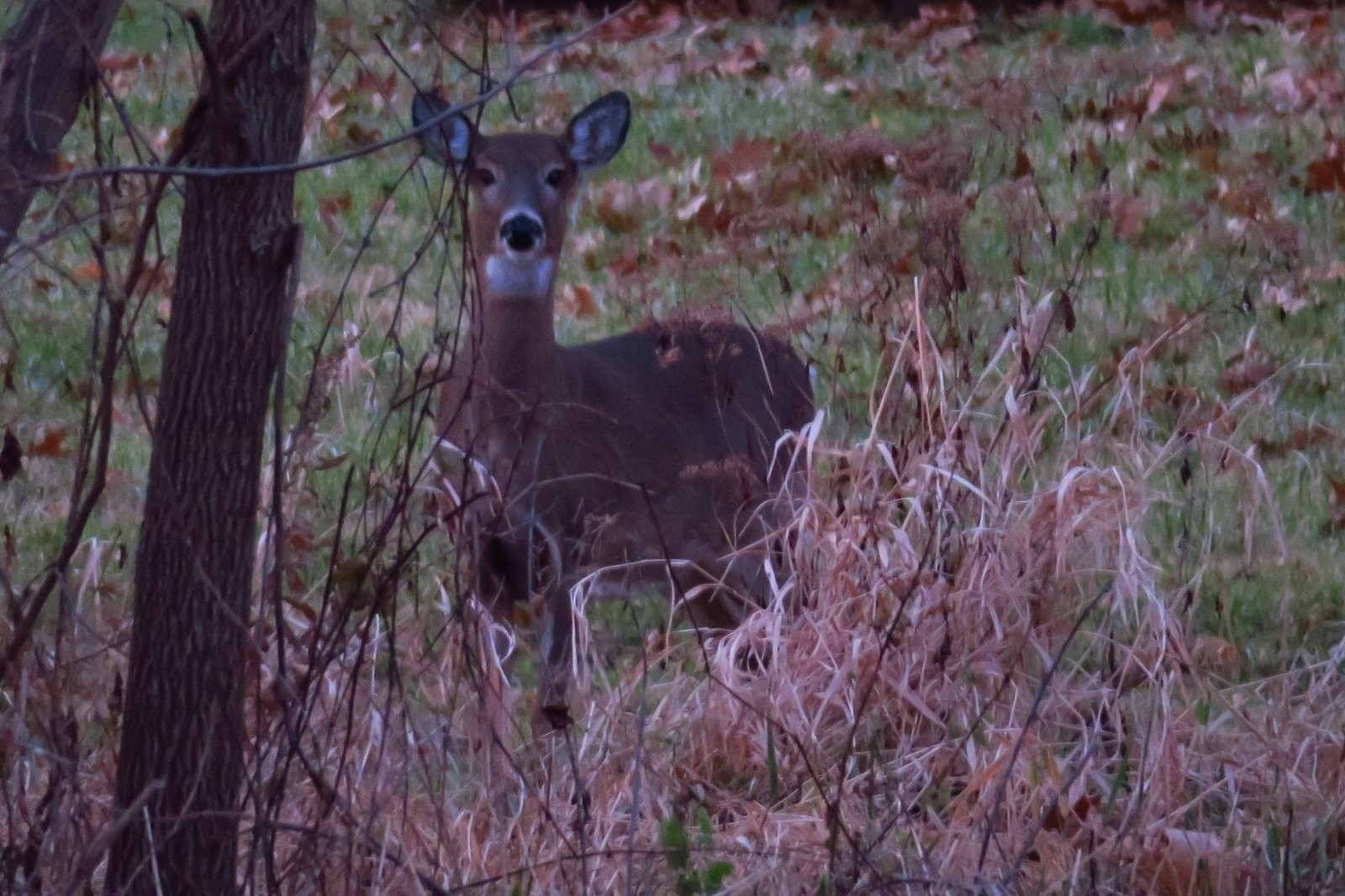 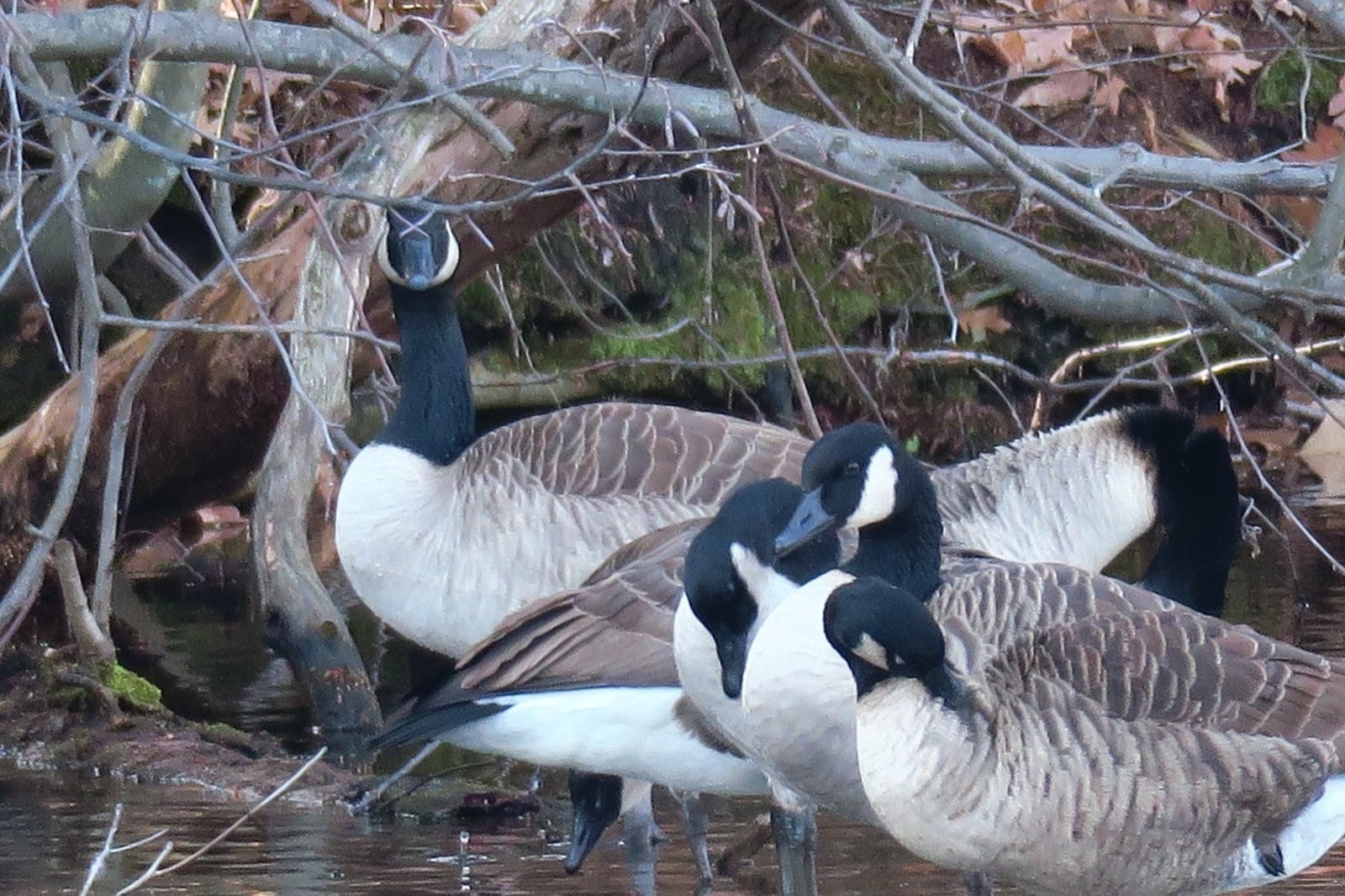 I purchased the G3X with optional viewfinder for just under one kilobuck with free shipping and no sales tax. That’s a significant savings over SRP, but still that’s not a trivial sum. I have nearly 60 days in which to return it, but so far I am leaning toward keeping the G3X.

Interesting - thanks Jock. If I was ever going to be interested in such a camera, I'm pretty sure it would be between the FZ1000 and G3X, but then I'm not all that into long reach. 300mm is about as much as I've ever felt I wanted (I've shot with longer, but never missed more length as long as I had 300 available - similarly I've shot really really wide, but have never felt the need for anything wider as long as I have a 20-21mm in the bag) or else I'd be tempted by the RX10. I suspect I'd go with the FZ1000 for the faster lens and Panasonic's AF system and lower price. But everything I've read about the G3X has been pretty positive, so if I felt the need for more reach than 400mm, I'd probably go that way as well.

Also, to me the quality of the pixels matters more and more these days, so the sensor size would be front and center for me. The 1" sensor shared by the RX10, G3X, and FZ1000 is my minimum now and even that feels like a letdown relative to my other gear, so given your two choices, the larger sensor cam would be a no-brainer for me...

It wasn't so long ago that the "intelligentsia" on the forums were hooting with derision that the Nikon One had a one-inch sensor. A one-inch sensor couldn't possibly be any good, right?

How times have changed.

Well, that particular one inch sensor wasn't nearly as good as the one Sony stuck into the RX100 however many months later, so Sony made it a more competitive format, and I think all of the 1" sensors used by Panasonic and Canon are essentially Sony's version of it. It's still a long way from my first choice, but I think it makes a lot of sense in cameras like the RX10, G3X, FZ1000 - oddly more sense than the smaller RX100, G7/5/9X where you either have to limit the zoom range or correct the hell out of the resulting images.

In the days I was shooting with the LX5 and LX7, I was pretty happy with the smaller sensor and would have been thrilled with the 1" sensor. But as ridiculous as APS and full frame has gotten these days, and as good as the lenses are, I find myself getting pickier and pickier and barely ever pick up my G7X anymore. Seems if I want a pocket camera, I just go for the Coolpix A and forego the zoom...

I was really unimpressed with the Nikon 1 sensors and stunned by the RX100 sensor. I had a similar but less extreme reaction to the transition from the 12 to the 16 MP mu43 sensors. There is a just a line for most people where the sensor becomes good enough for your eye and your kind of photography. I'm looking at a possible G5X or RX100 XX in the future as a pocket camera because I am happy with the RX100 output. My alternative approach to a pocket camera, really big cargo pants for the E-M1, just isn't working.

I'm a big fan of slings. No pressure on your neck and no "extra" bulge in your pants.