Fuji My thoughts on the X-Pro2

The short version is, Fuji has made the mirrorless camera I've been waiting for. The X-Pro2 is amazing. If you want to read the long winded version, continue on........

I've had the X-Pro2 for a few weeks now. In that time I have shot events, candids, lit portraits, street, Zumba(including filming for a video for the wife), and random stuff walking around with the family. Fuji has made a camera in the Pro2 that I am now thinking will be their 5D, or D3/D700. Being held in the same regard as those cameras are by Canon and Nikon shooters. The sensor has that intangible quality to the images as the aforementioned cameras. Combined with adding dual card slots and the nub for controlling AF points, the Pro2 will be remembered as the body which Fuji made the serious jump into the pro market. We here all know that Fuji has been putting out excellent cameras for a while now. The X-E2 and X-T1 especially, are fantastic for pro photography work, capable of amazing images. But the average citizens of the internet will always cite things like lacking dual card slots, lack of weather sealing, af speed, af control nub, and even iso performance as not being there. Despite the fact that the Fuji bodies already did really well on high iso performance, and the X-T1 is weather sealed.

For me personally, I have found I prefer the rangefinder style body over the SLR style body. The Pro2 is more comfortable in my hands. And I have found the control layout to be very intuitive, being able to make changes to settings on the fly without taking my eye from the viewfinder. I have also found that I am not missing the tilt screen of the X-T1 like I thought I would. The viewfinder of the X-Pro2, while not being as big as that found in the X-T1, is big enough. With a very fast refresh rate and great detail. While I will never use the optical viewfinder for working shoots. It is fun to use while walking around, combined with leaving the rear lcd preview off(which I always do anyway) to pretend to be shooting film. In that regard you're not always sure of what you get, especially when shooting with a lens like the 50-140 @the long end where you are not really sure if the focus box is hitting what you intended or not. People more experienced with the optical viewfinder may be much better at this than I am. For me it is still a fun challenge.

With a RRS plate and Lensmate thumb grip, the Pro2 is more comfortable for me to hold, even with the 50-140 than the T1 with battery grip. Which I loved both for the comfort, as well as being a throwback to the Canon 1D3 and 1Ds2 bodies which were my favorites to shoot with. 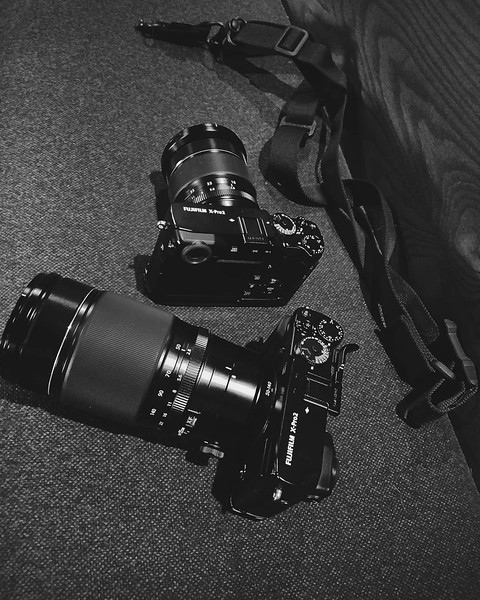 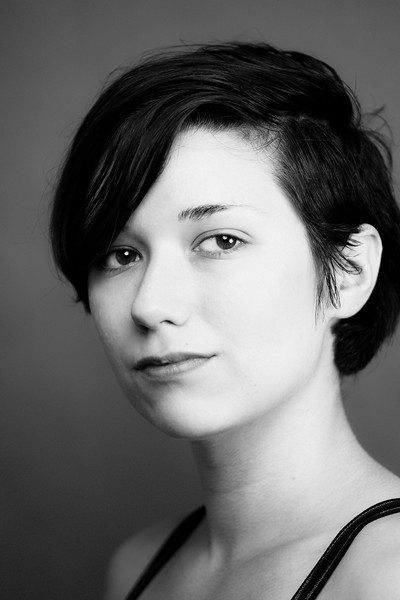 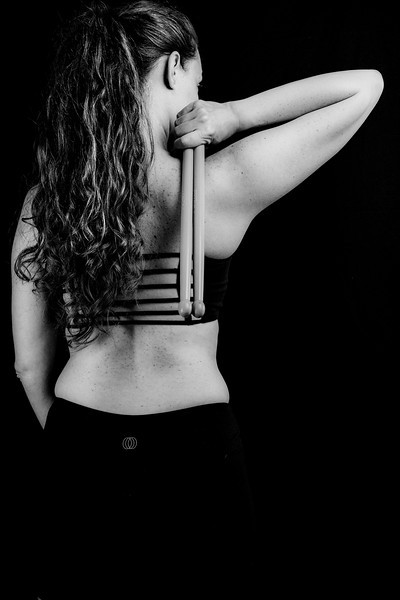 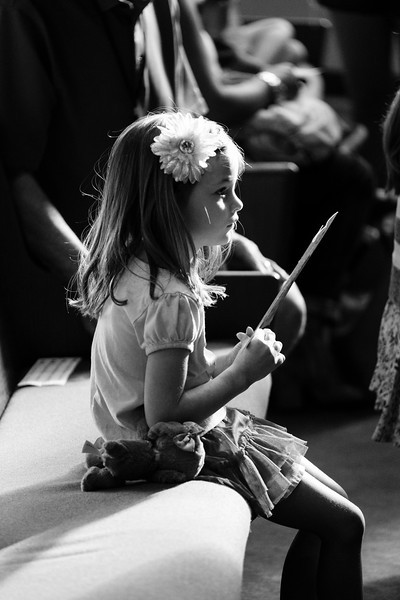 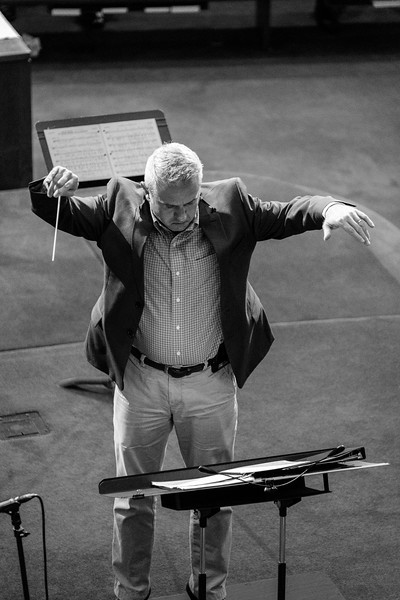 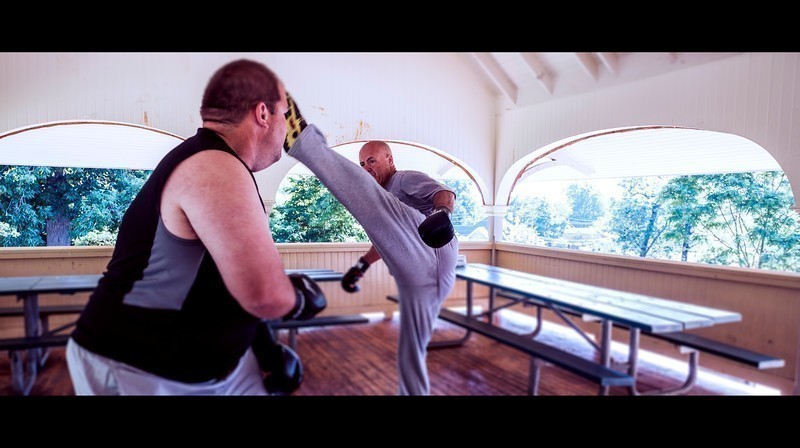 Subscribe to see EXIF info for this image (if available)
Last edited by a moderator: Jun 18, 2016

Nice summary - thanks. I haven't ordered one yet, though I believe the time is nigh!

I was an early adopter to the X-Pro2. Pre-ordered and could not wait for it to arrive. I come from Canon (and still use it) and my first dive into Fujifilm was the X100S. Loved the OVF and the form factor. Enjoyed smaller and lighter and got to thinking, this might be a second system for me. Enter the dreaded elbow injury (and the realization that I am getting to old for sports), I was put on weight restrictions and the old 5D Mark III + 70-200 was a bit much. I am a hobbyist first, but I do, on occasion, make a few bucks with the camera. I made a drive (and a long one) to a brick-and-mortar store to look at the X line-up of camera. The X-Pro1 was too slow (later learned why) but the X-T1, that was pretty cool and the EVF was damn good. Out came the credit card and home she went. I was happy, but still used the hell out of the X100S.

After my elbow injury healed, my plan was to keep the X100S and sell off the X-T1, but I couldn't. I liked it too much. But the rangefinder style, hmmm... loved it. The X-Pro2 was announced. I hesitated, but eventually gave in to the lust for the camera. It promised to be all the things I wanted so I pre-ordered. Had the settings issues right away, ok... frustrating. Later I noticed black frames during playback and I was like what the H E - double hockey sticks? Then the settings issue again. It would not print to my Instax SP-1 (froze the camera and had to remove the battery). Calling Fujifilm New Jersey often. And then IT happened, while shooting, got the "Turn the camera off/on"... Fujifilm NJ told me to exchange it, so I did. You simply cannot have that happen when you are shooting a paid gig.

Enter camera #2 - FW 1.01 came out and the new camera arrived just before my spring break trip. Took the X-Pro2 down south, no issues for two weeks. Got home, would not print to the Instax SP1 again (I forgot to mention that it works fine with the X-T1 and my X100T - sold the old X100S). Then, IT happened... turn the camera off/on. RMA requested for a refund. Called Fujifilm after to let them know and they indicated they wished this time I would have sent the camera to them to review. But it was too late.

In other forums I occasion, I was made to feel like it was just bad luck and no one else had the issues I had. So this time, I ordered the third X-Pro2 from another online retailer... big one out of New York. Well, that did not turn out so well either. I was sent a used camera passed off as new and the first couple of shots the shutter froze, the camera locked up, had to remove the battery. A few shot attempts later, the turn the camera off/on error. Nope, turns out it was not meant to be. Went back for a refund. Then watching the forums, others that reported that I just had bad luck started seeing the errors, not everyone, but enough to make me think it was more than bad luck.

I really loved the handling of the camera, so I opted for the X-Pro1 when it was going for $499 new in April. Came with fw3.50 and was made in the 4th qtr of 2015. Updated it right away and realized I must have used a display model that had never been updated at the camera store. Very impressed with the original X-Trans sensor. Some of the controls are a little wonky, but is a joy to use and I have gotten quite used to it.

Still keeping tabs on the X-Pro2 though and hear fw1.02 addressed most of what I had issues with (minus the WiFi issues, I understand that is not yet working right yet). On the fence about going for round four.... But leaning towards it. I know I will love ACROS as I am booked for senior portraits over the summer into early fall.

My experience with the X-Pro2 has been a really pleasant one to date and it has now relegated the X-Pro1 to the wings as a backup.
I have found the faster refresh rate brilliant especially when shooting fast moving subjects in burst mode (no blackout) and with the grip and thumbsup it handles the 100-400+1.4 without issue making it an easy all day carry and hand held option (I still have my full frame with 150-600 for airshows but that is now sat in limbo - waiting to see what the XT2 offers as I may trade in full frame for XT2 and use that with 100-400 for sports / airshows as I prefer central viewfinder for tracking fast moving aircraft, that is my personal choice) The Xpro2 is however the perfect general purpose camera and as it looks retro it draws very little attention.
M

My experience with the X-Pro2 is that I bought it, kept it for about four hours, then brough it back to the store. I use Olympus and their cameras are smaller. I thought the X-Pro2 was too large, too bulky, but I went back to it again, and bought it, and now own it. It is an amazing camera, very intuitive, fast, certainly a lot less heft than the big DSLRs that are out there. It is the perfect camera for street photography. I also think the 18-55 lens, though not particularly fast, is excellent, all around lens. Strongly recommend this camera, and love the simulated film selections, especially ACROS.

Tracy, that is one terrible run of luck, going through three bodies. At least it did not dishearten you to Fuji. I would dare to say Fuji finally has everything worked out. Although they can't control a big NY store from passing used off as new.

Marty, I totally agree about the 18-55. It is an incredible lens. I consider it one of the best zooms out there. While it is not a constant 2.8 aperture, the 18-55 has incredible IS, and equally incredible image quality.
M

Yes, the lens (18-55) has great image quality ... and the camera is a dream, and handles so well, so natural to grip, and that little device on the back that can target the focussing is such a great idea.

BobbyT said:
Tracy, that is one terrible run of luck, going through three bodies. At least it did not dishearten you to Fuji. I would dare to say Fuji finally has everything worked out. Although they can't control a big NY store from passing used off as new.
Click to expand...

Fujifilm New Jersey (aka the two Steves) were fantastic through the frustration. Probably going to try picking up an X-Pro2 again soon but will likely never pre-order a Fujifilm camera again... Too many bugs on release and I have heard that from many that have adopted early. They really need to do a better job of getting a usable camera out the door.
You must log in or register to reply here.
Share:
Facebook Twitter Reddit Pinterest Tumblr WhatsApp Email Link

Fuji Some thoughts on the X-Pro2 and X-T2

R
Fuji My initial thoughts on the Fuji X-T1