Moderator
It is also worth trying ISO640 at EV-2 and push in Post-Processing, much like using the M8 in Raw mode. Results probably vary by individual camera and shooting habits. This has to do with analog pre-amp settings vs 14-bits of digital range. I would use a smaller card, I like 8GByte 4x Sandisk. Use a fully charged battery. Post the results, I will try next time shooting limited light.

I'll bring the M-E with me to drill this weekend. I'm traveling until Thursday night and only brought the Monochrom and X113, so low-light testing of the M-E will have to wait.

First shots from a production camera from someone that bought it.

Leica needs to put 14-bit back into this camera.

Cool! Those samples make it even more evident that I will be happy with my decision to buy a demo MM rather than continue to save for the latest and greatest.

Moderator
I asked the OP of that thread to repeat the ISO12500 test using a slow memory card, and referenced an old M Monochrom thread where it was discussed.

I wonder what the next generation monochrome camera will be. It will not be a CCD based camera, I hope it is BSI and that the uniformity matches the original. Until then, think of the M Monochrom as a smooth driving sedan with dual-point distributor, Thrush Mufflers, and a 4-barrel carb to give it some kick. But some noise on the high-end.
Last edited by a moderator: May 17, 2015

Brian said:
. If the banding in the M246 images is caused by the memory card, like on the original, trying a slow card might get rid of it.
Click to expand...

Could you point me to a link or thread that speaks to this in more detail? I must have missed it. I just got the MM and haven't really pushed it but one "accidental" test shot (mostly blurred dark image in my living room) at ISO 10000 showed some minor banding. Haven't really shot more than that.

Does this also impact high ISO shots on the M9?

Moderator
This is the old thread that recently popped -up.

Moderator
I'm still trying to get my head around this camera- the M246.

If you love the ergonomics of the M240, it gives you Monochrome.

If you like the rendering of the M Monochrom, it's not for you. The M246 is not about a full tonal range to work with in post-processing, it seems to be aimed at High-ISO and minimize the post-processing to bring out contrast when not using filters. So- back to High-ISO, when you don't want to lose light to a contrast filter.

The real question: when the next color M is introduced, will it outperform the M246 for monochrome conversions. I don't know, but if Leica can pull off a BSI full-frame detector it will have amazing High-ISO performance compared to the M Monochrom, M246, and M240. Prediction using DR2 analysis: IF the new M uses BSI and gives at least 32MPixels, it will outperform the M246 for monochrome conversions.

after looking at the above test of the M Monochrom- I want to try some ISO10000 shots vs ISO2500 w EV-2 and push in post. Kind of like using the M8 at base ISO and pushing a few stops in post. What I see in the link-to article above, the M Monochrom looked great at ISO3200 and then quickly deteriorated, more than my own shots have. I'm careful with respect to SD cards. I'm thinking the analog gain gets really kicked up at ISO6400 and 10000, might be better to underexpose and let the 14-bits do the work.
P

This jibes with what the early adopters of the M8 found. Higher than ISO 640, it was better to shoot at 640 and underexpose. Even with only 8 bits. Back then I wondered if something was going on with analog gain between those two stops that went past a threshold with respect to either internal noise, noise pickup, or both. My cards for the M8 were "Class 6" 2 GB cards, so I probably wasn't making the pipeline go pitter-pat.
--Peter

Moderator
Erwin Puts has his Part II of the M246 review out.

Quoted from his article:

"The noise of the MM-II is over the whole range higher than that of the MM-I, and the definition at the limit of resolution is for most intents and purposes identical. "

"The verdict from this comparison is that the MM-II does perform in the same league as the MM-I, but any one who hoped that there would be a quantum leap in image quality between the MM-I and MM-II will be disappointed. "

I had to look at the filenames to verify that the M Monochrom images were posted 1st, followed by the M246 image being compared. The M Monochrom images look better to me; less noise and without moire in the fine details. None of these results surprise me. What surprises me: that Leica released this as a 12-bit camera. It has higher dynamic range but only has 3750 values to divide it. In film terms, this is a low-gamma camera. It takes almost 10 times the change in intensity to produce a change in the pixel as compared to the CCD in the M Monochrom. This means that fine detail in the image is lost due to the sensors inability to distinguish changes in intensity.

Moderator
Part 3 is up-

None of the results surprise me. I will be interested in his take on 12bit vs 14bit in his next part. There is a relationship between spatial resolution and bit-depth. Increased spatial resolution requires increased bit-depth to differentiate small changes in intensity. Watts/Steradian. I did a lot of converting raw image data to radiated energy using units of measure of watts/steradian. 35 years ago.

Moderator
Part 3 gives the answer of why the Erwin Puts review seems so contrary to others: he uses lower levels of light that require longer shutter speeds at lower ISO. The difference is in the noise characteristics of CMOS and CCD sensors. Is the test fair? In low-light situations where you need High-ISO, there is not going to be a lot of contrast. Having the 14-bit images lends itself to a lot of post-processing to reduce Gaussian noise. The 12-bit Pattern noise of the M246 will require some careful thought with regard to fill-lighting. You don't shoot High-ISO in good light.

CMOS sensors have the analog to digital converters integrated into the chip; CCD sensors require an off-chip analog-to-digital conversion. This "system" noise is most likely less on the CMOS sensor than the CCD, and is a constant per image for a given ISO.

"Dark Current" is the noise produced within the pixel itself, and is a function of "integration time"- and temperature of the sensor. CMOS sensors have higher Dark Current than CCD's; some of this is abated by double-sampling on the CMOS during the exposure and averaging the signal. CCD's cannot do this; they do not have a "universal reset, sample,hold". For long exposure time: I suspect the Dark Signal in the M246 is the dominant source of noise, and is greater than that of the CCD. The M246 shows "Pattern Noise" at high-ISO. I suspect this has to do with the wiring-layer of the CMOS chip being in close proximity to the light-sensitive layer. CMOSIS has to "thin" the layer in between the wiring of the chip and the light sensitive layer below it. The geometry of the M-Mount is the culprit. Back-Side Illuminated sensors place the light-sensitive layer before the wiring layer. This type of sensor is more difficult to produce, but Samsung has an APS-C sized BSI sensor out in their camera. Put two of these together, like the sensor in the M Monohcrom, DONE. I hope Leica does that for the next generation. Best of both worlds for imaging and processing. At this point, make no mistake: CCD's are better for imaging with the M-Mount compared with front-lit CMOS. If you have an M240 and an M9: turn off lens detection on a fast lens and use on both. The amount of vignetting without applying a software correction gives the answer as to which technology is best suited for the geometry of an M-Mount camera. I've seen 1 person do this test, there was a noticeable difference.

The 14-bit M Monochrom will do much better in low-contrast light than will the M246 with it's 12-bit images. It takes a 10x relative change in intensity for the M246 to resolve points of an object compared with the M Monochrom.

What's all this mean? Well for one, it shows that there is a difference between CMOS and CCD imaging technologies. Knowing the relative strengths and weaknesses of each will enable the best from each camera. Pretending that there are no differences will leave you wondering why Erwin Puts is sticking with his M8.2. I know exactly why, I will never sell my perfect CCD array that has zero-defects M8. And I plan on keeping my M Monochrom and M9. also the DCS200ir. It's 22 years old this year. Still works. Has a first-generation CCD, made before microlenses were introduced.
Last edited by a moderator: May 26, 2015

So I went to the Leica Store in San Francisco this evening and got to shoot a few frames outside of the store with the M246. I then went for a walk and a few drinks with Tom Brichta from Leica management. I shot with my original M Monochrom in and around Chinatown and at Le Central, a French restaurant and bar. I used the same lens on both cameras, the 50mm f/2 Summicron with yellow filter. ISO on the M246 was at 320, while with my M Monochrom ISO was all over the place, up to and including 10,000. 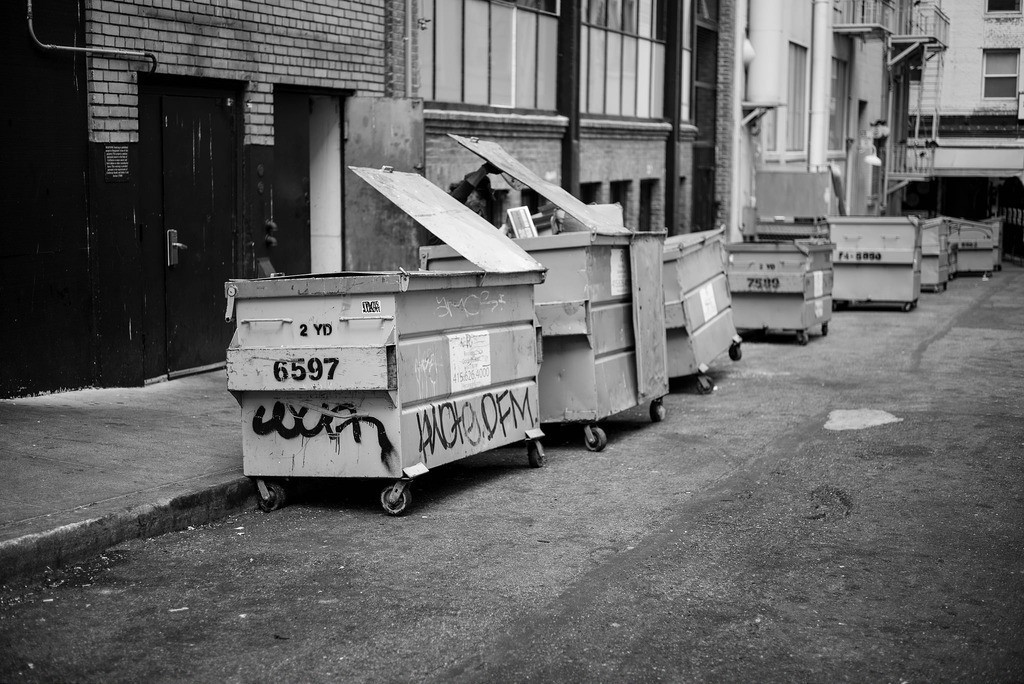 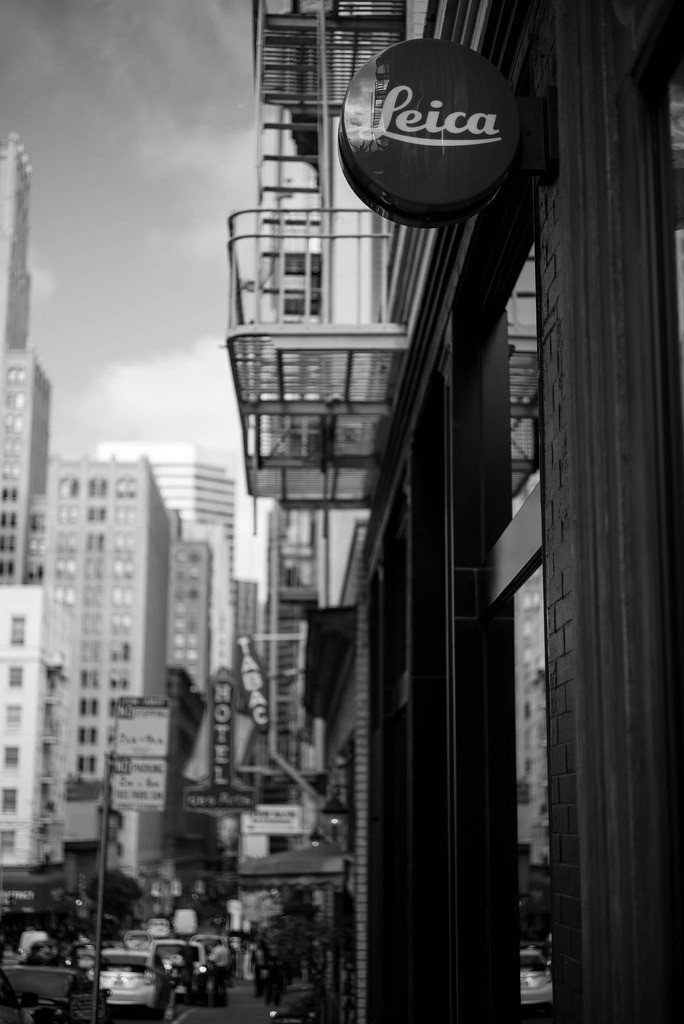 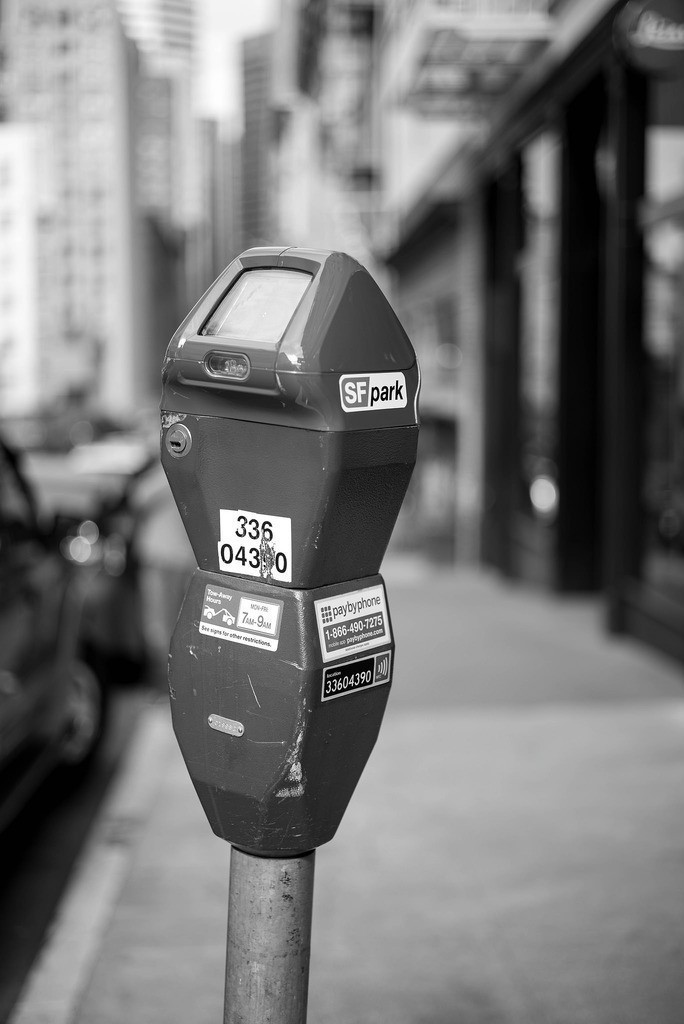 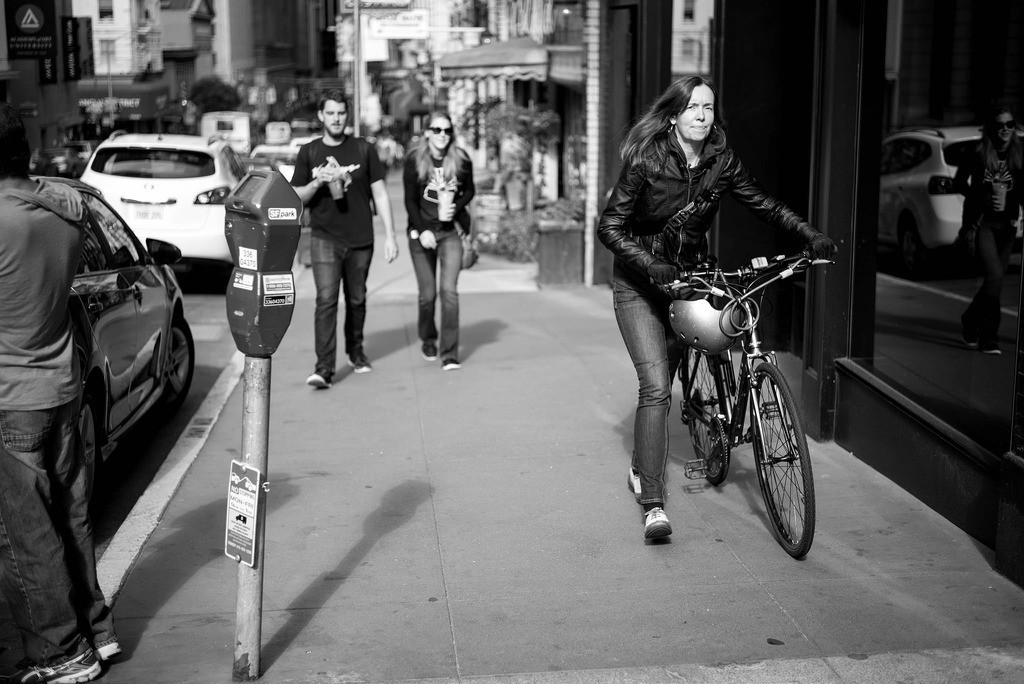 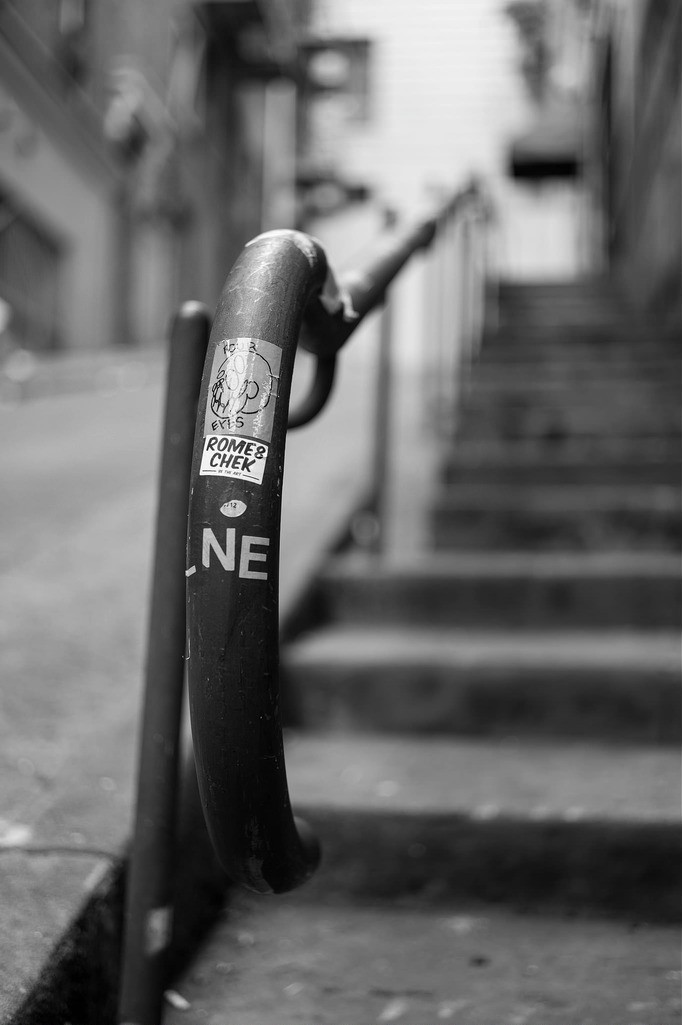 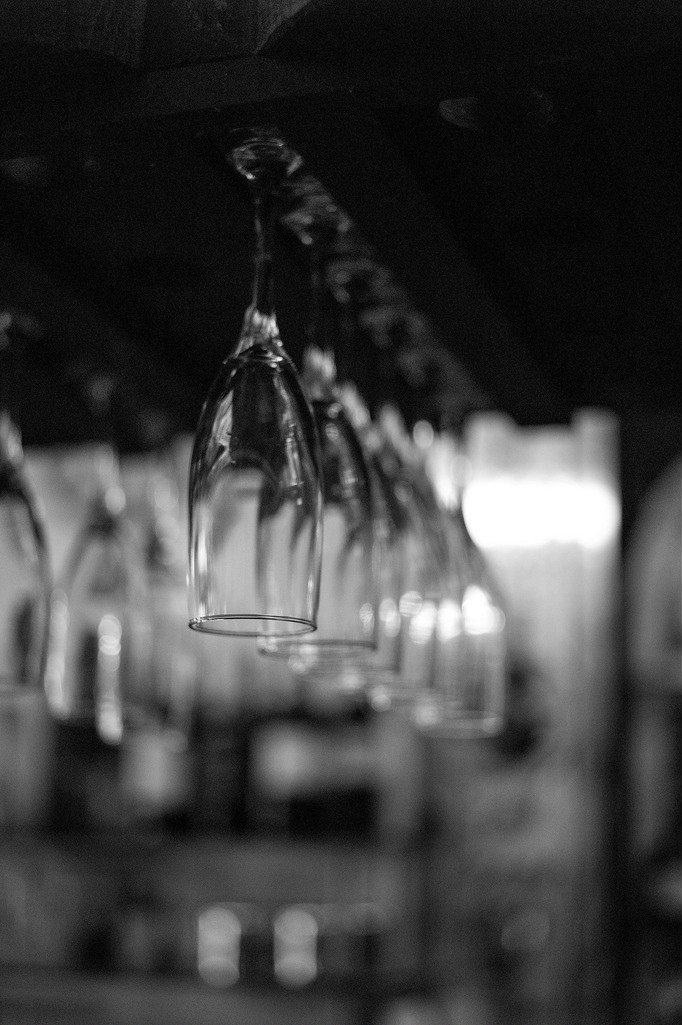 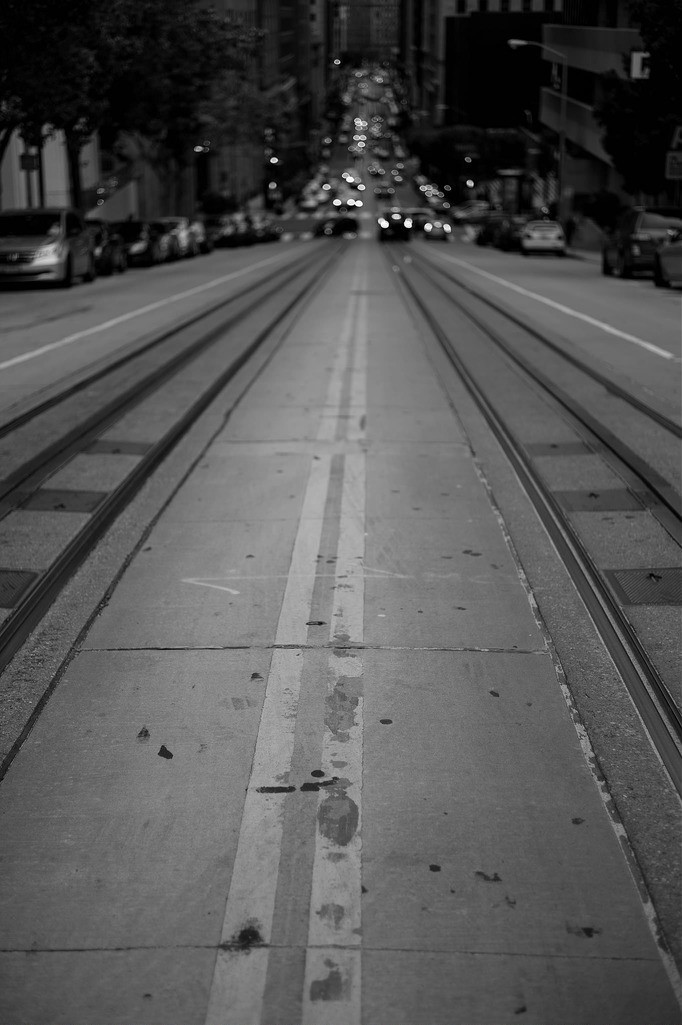 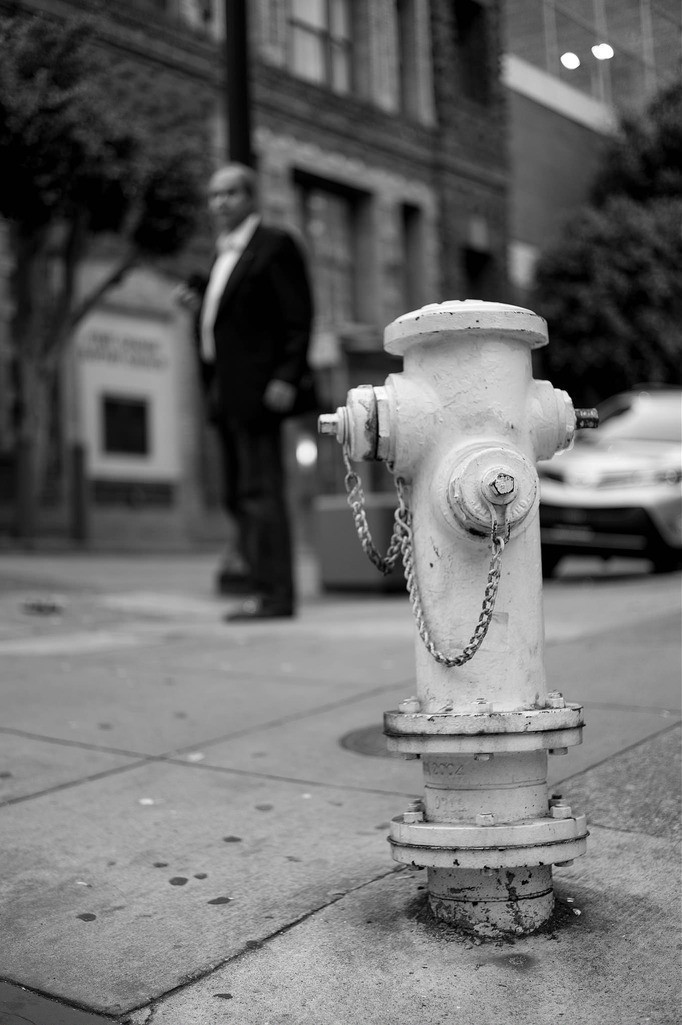 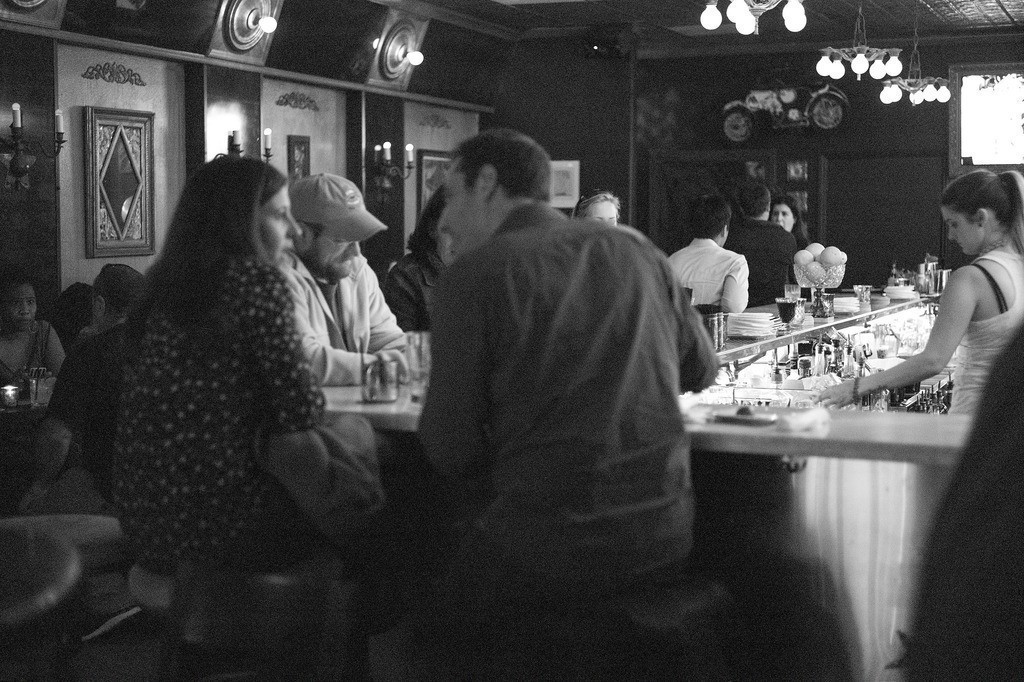 Moderator
Erwin has NOT brought out Part 4 covering the 12 bit vs 14 bit issue. I'm somewhat surprised as the first three parts came out quickly. I suspect a lot of analysis going on. I look forward to reading it.
C

Any word on the Leica Q sensor/processor pairing for B/W?

Moderator
No information at all. I doubt there will be a monochrome version of the Q Type 116.