Supporter!
I hadn't been back in years, but the missus got me tickets for the Saturday show, so we had a good time at the Main Stage. It was too hot to go to the very crowded side stages, although they had an excellent line up as well. Still working through the post-process, but here's some selects.

All shots with the Nikon J1 and the amazing 30-110mm VR. I had more reach than even any of the media shooters, who all topped out at 200mm f2.8. The only guy with better views than us was Erik Jacobs who was shooting on-stage for the Fest. 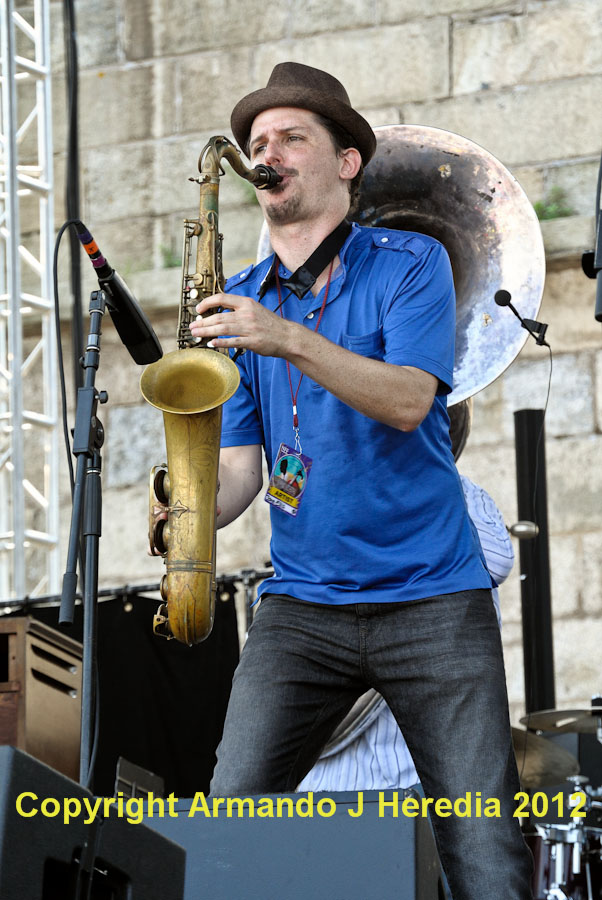 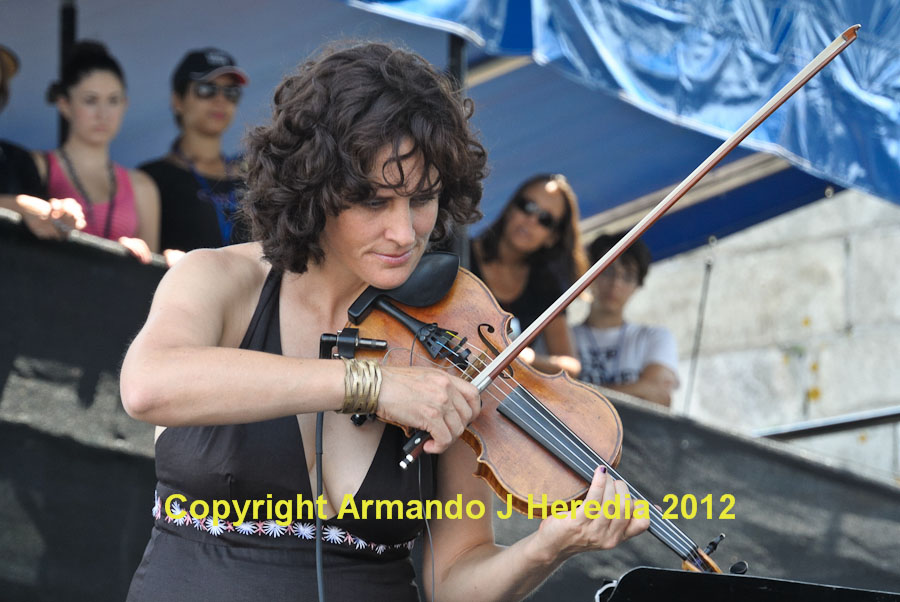 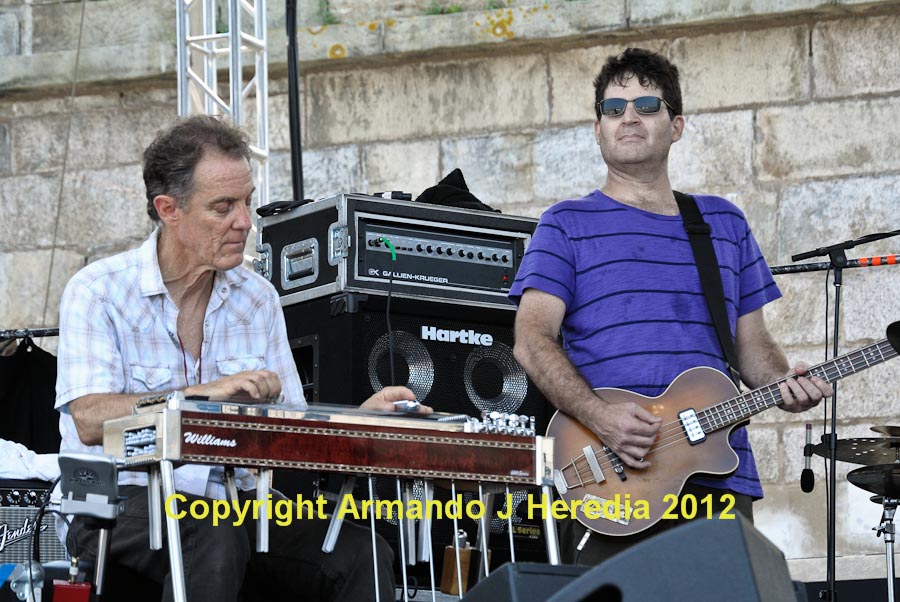 Darcy James Argue in his distinctive long coat and cravat (August heat! ), setting up for the Secret Society set. 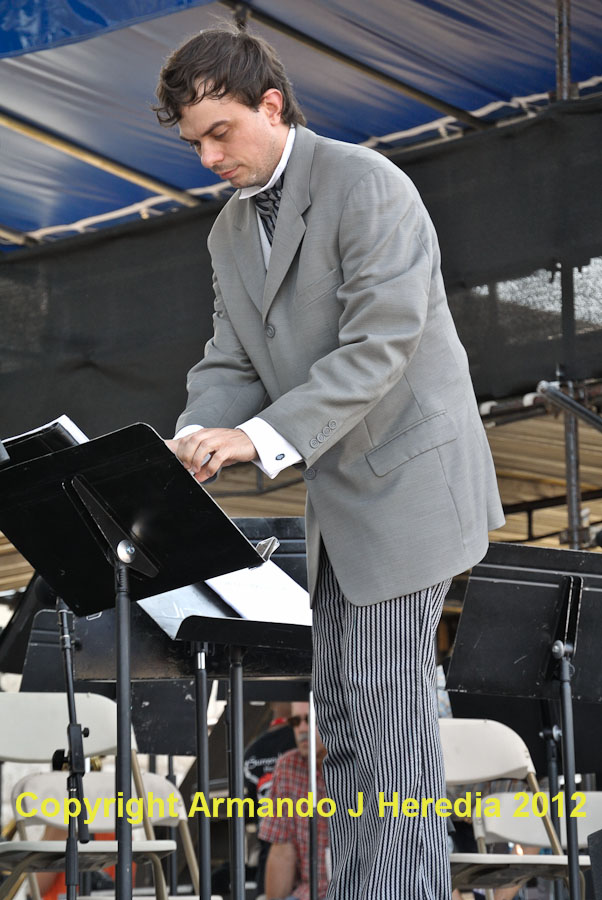 The man himself, Bill Frisell. 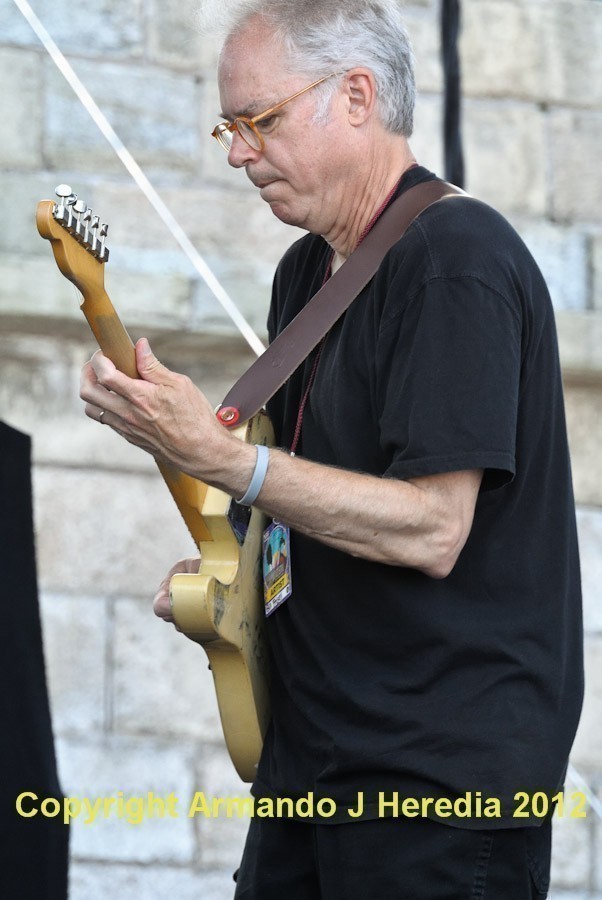 Sam Sadigursky working the reed on a featured solo for the Secret Society. 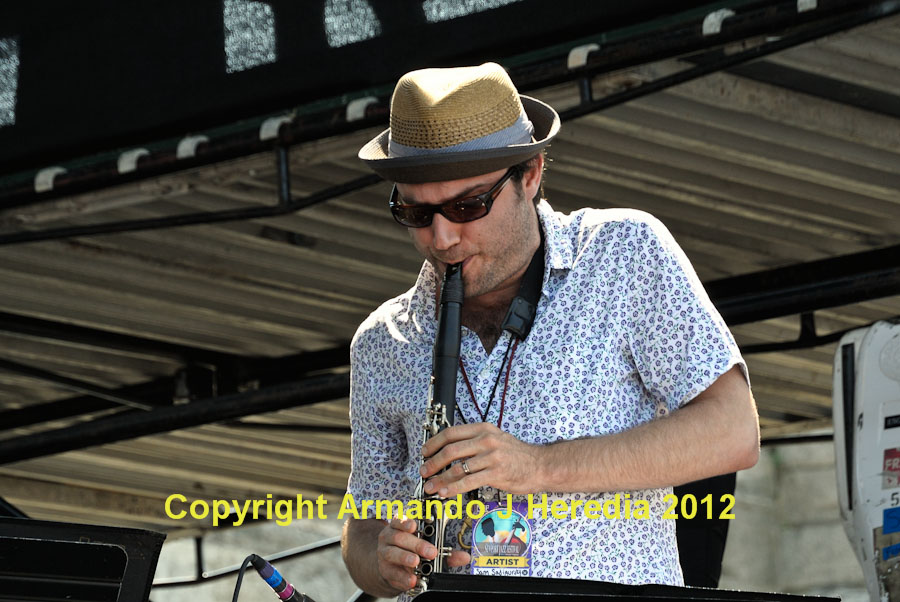 Nice shots! Surprisingly good, from that little camera... Was that at Ft Adams?
S

Very nice shooting. I'm jealous too - never been to Newport, but will have to put it on my list... I'd also really like to see Bill Frisell - I wouldn't say I'm his biggest fan, but I like his stuff a lot, have a few albums, and would love to hear him play live.

BTW, Greg Leisz is playing a pedal steel in that photo - not a keyboard.

Ray said:
BTW, Greg Leisz is playing a pedal steel in that photo - not a keyboard.

This, and also the other guy's playing bass (as opposed to "guitar"). As a fellow steel player, I couldn't not post. Great shots.

kyteflyer said:
Nice shots! Surprisingly good, from that little camera... Was that at Ft Adams?
Click to expand...

Hi Sue - Thanks! Yes, the main stage was outside the fort, facing the bay. They had two side stages as well, one inside the fort this year as the outside was mostly occupied by the Corporate Sponsors and the vendor booths.

The Nikon 1 system continues to surprise people with it's results. It's really a great system, and so far, the only camera that's able to focus as fast as a DSLR. I didn't lose any shots that day because of focusing speed, that's for sure. The best part is my post-process didn't change - I shoot Nikon NEF (RAW) for all my cameras and the same software.

Supporter!
stanleyk, Ray and KillRamsey - thanks folks! And appreciate the corrections. I should have had a clue given I have several frames showing the fingerpicks (?) on Greg's hands, but I missed that detail totally.

Believe it or not, the hardest act to capture fully is Darcy's Secret Society. He has at least a six-piece brass and multi-reed section, but they're all seated in the first row (argh!) and thus hidden behind those danged music-holder stands. Ironically, the general public shooting gallery where I was had a better angle on them than the the media. The media pit had a fifteen feet box from stage end to a set of barriers, and then us peons had a seven foot box from the barriers onwards, so I actually had a better offset. It really helped to have a 300mm equivalent for framing.
Share:
Facebook Twitter Reddit Pinterest Tumblr WhatsApp Email Share Link