Size comparison to other fixed-prime lens cameras with APS-C or larger sensors (Coolpix A shown with lens extended): 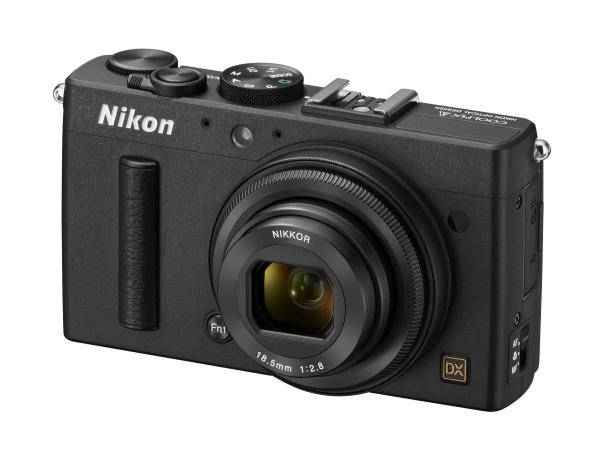 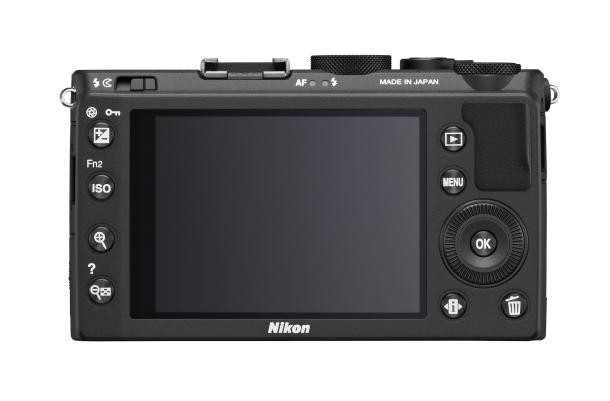 Sure looks interesting! No mention of price though.

Interesting, not surprising. Not for me though. I'm hooked on Fuji.

Excellent size. If they can get it to market at a reasonable price, could be tempting.

So... Nikon released a Ricoh GRD V before Ricoh/Pentax?
A

Ricoh lost some of its uniqueness here...

Actually I don't think it'll be that big a problem for Ricoh. Unless the Nikon is significantly cheaper or delivers significantly better IQ.
The Ricoh fanbase is probably going to be more interested in the Ricoh because of controls, menu layout and brand loyalty.
And the Nikon A might actually create new interest in small cameras with a fixed wide angle lens.

But Ricoh needs to present theirs fairly soon, otherwise people might just go for the Nikon because there's no alternative.

I think this camera would have rocked the world 2-3 years ago. Today, I think it's late and too expensive.

Given its form factor, it's really tiny, there's nothing on the market that quite compares. It's only slightly bigger than the RX100 which has a much smaller sensor. The D7000's 16 mp sensor is a really good sensor and to stick it in a body that makes it pocketable, is frankly quite extraordinary. Though I get a feeling that if Nikon were a bit more serious about creating the best compact they could, they would have used their newer 24.1mp D7100 sensor in this camera.
J

lenshoarder said:
I think this camera would have rocked the world 2-3 years ago. Today, I think it's late and too expensive.
Click to expand...

+1 to that comment. This camera would be appealing at a lower price point (or at this price point if it was released 2-3 years ago) but there's no way I would buy that camera today. The potential problems I'm immediately noticing are:

1. Electronic retractable lens (which will probably be a point of failure over the life of the camera for a number of users)
2. No real grip surface (because Nikon is trying to make it too small ... similar in size to Sony RX100)
3. The battery is too small and has a low capacity as a result (CIPA battery estimate of 230 shots is pathetic)
4. 4fps isn't a bad burst rate but less expensive m4/3 and Sony NEX cameras have significantly better burst rates.

Likewise, the aging 16mp Sony APS-C sensor is still a GREAT sensor with terrific image quality but many consumers are megapixel counters and 16mp probably isn't enough if you want to charge $1,000+ for a cheap-looking fixed lens camera today. I'm sure Nikon selected the 16mp sensor rather than the 24mp sensor because it is less expensive and so they profit margins on this camera are better, but I feel like the correct MSRP for this camera in today's market should be closer to $899 or less.

Just my opinions ... these comments and 50 cents "might" be enough to buy a bag of Doritos from a vending machine.

Interesting, but probably not for me.
Nice to see large-sensor compacts become even smaller, although like JJJPhoto said, there're definitely advantages to having a fixed (not retractable) lens...

Any small fixed lens 28mm equivalent APS camera will get my attention. The focal length and aspect ratio is my personal sweet spot, the sensor will probably best the GXR 28's older 12mp. (Although with a slightly slower lens), and the size looks good. I have no idea about the controls or performance, but I'm sure I'll be curious enough to find out. I'd prefer f2.0 certainly, but perhaps that starts becoming a size issue. This will be smaller than the X100/100s with the WCL, and there's a chance it'll be better than the GXR28, if its interface measures up. Many things yet to find out. But I sure wont reject it based on the announcement.

More info - Native ISO up to 6400, auto ISO with user selectable minimum SS from 1 - 1/1000 of a second. Manual focus ring on front. The only thing I haven't seen that would be an absolute necessity on this camera would be a decent distance scale tied to the MF ring, in addition to whatever critical focus tools it has (magnified view, at least). Given its size and likely IQ, this could be my ultimate pocket camera - my goodness, the thing is tiny! GRD size with better than GXR sensor. If the controls work and the reflexes are quick, could be the ticket for some of us.

Smaller and lighter than a Nikon V1 with the 28mm equiv. pancake with a much larger sensor. A GRD IV, Leica X1, contender. No optical low pass filter and a gret lens which, at least on paper, look like a promising recipe for outstanding IQ. If it has the V1's AF speed and meter accuracy it will be a great "take everywhere" premium tool.
B

Nice to finally see the camera after two weeks of teasing rumors, I've been dreaming of a Ricoh GRD V so this is something to think about. It will be interesting to see how user handling works and what the rest of the mass market thinks.

I'll start with cons because i'm a ricoh fan
-No viewfinder OVF, or EVF
-Price, wow, seems like a lot compared to x100, GX1, nex with 20mm....
-No 1series PD/CD super auto focus
-worries about the extending lens on such an expensive pocket camera.

My overall thoughts on the camera are that it seems like it has been in Nikons arsenal for a few years but was never realesed. There is nothing really groundbreaking that will make anyone want to buy it upon release at an inflated price. The sensor is two years old, the processor is nothing new, Nikon has a better mirrorless AF system in the 1series. It just seems as if the camera would have been ground breaking and warranting it's higher price(and lagging specs) two years ago. I am delighted with the size though and Nikon has been putting products to market very quickly, the 7100 and this will be released only a few weeks after the announcement, but it seems as if they have been sitting on their product designs for quite some time....

Now Ricoh atleast knows it has to include a viewfinder if it wants to compete, The already have the same sensor in the A16, PD/CD autofocus in the GRDIV and they even have a faster 28mm F2.4 lens already designed.

And the promo video,,,, It really looks like they couldn't get Meyerowitz to indorse the product so they found some poor substitute.
B

If Anyone is wondering about the size the closest comparison i found would be to the Panasonic LX-5 which most should be familiar with, quite small if you ask me, just squeeks in as a pocketable camera, definitely smaller than a x100, Gx1

That's a good comparison. Impressive that they've managed to get an APS-C sensor in there.

Here's a quick size comparison I put together. The Coolpix A is shown with lens extended.

DPR suggests its basically 10% larger than the RX100 in each dimension, which is freakin' SMALL. I have one or two more features I need to be clear on, but this looks like it might be right in my wheelhouse. Or at least worth a comparison with the GXR with 28mm module, which is the closest thing to a 28mm equivalent fixed lens, even thou it technically isn't.

competition is good. One thing that is a plus for those who want to be discrete is that it is homely as all the other Canikon compact black plastic boxes and no one will imagine you have a high quality camera. The thieves might even pass on this one.
You must log in or register to reply here.
Share:
Facebook Twitter Reddit Pinterest Tumblr WhatsApp Email Link