I have a couple of old medium format folders (see my signature), and I simply love shooting them. I find the fact that I can 6x6 or 6x9 camera in my jacket pocket very intriguing indeed; a (modern) lightmeter

N.B. At the moment, I use a cheap dedicated scanner (made by Rollei) to digitise the negatives - I hope you can abide the less-than-stellar quality. If I wanted these images printed, I'd have to use a professional lab for the time being. 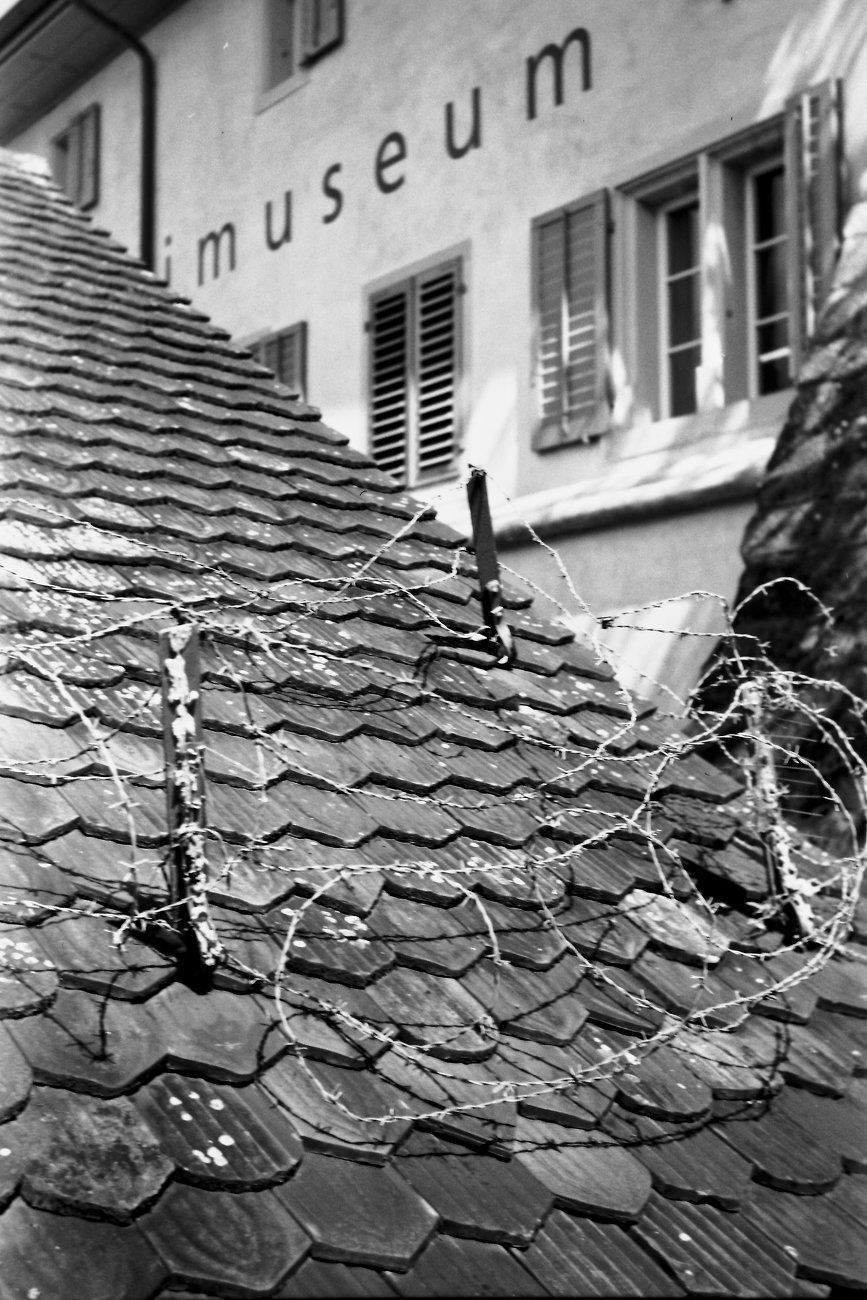 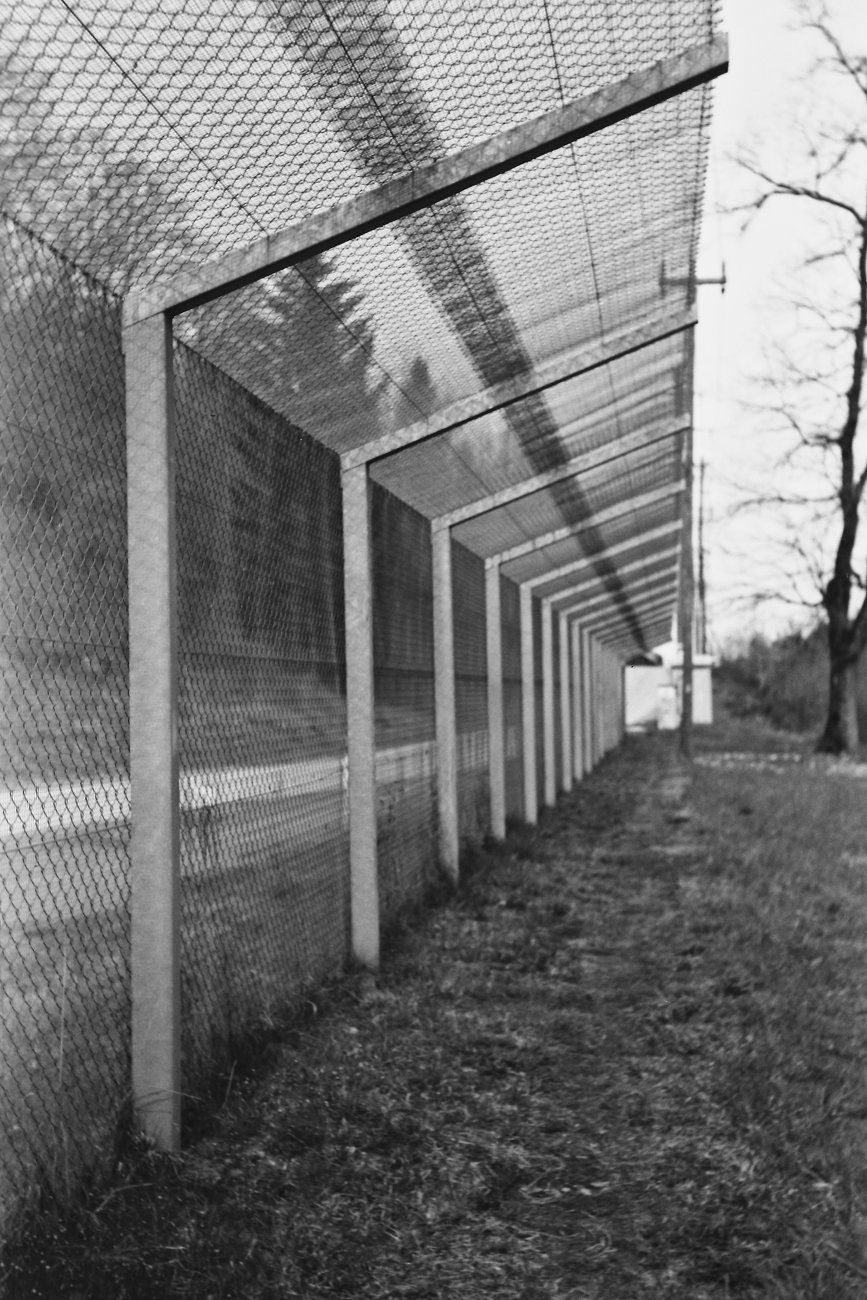 A few months back I've been looking into some folder (specially Agfa Isolete) but the overall conditions always looked a bit lacking and so I gave up on that. Were you able to buy yours personnaly, or online? Any headaches so far?

Yes and no. Most were bought online, and I had at least one total dog (another 518/16); I've had one of them restorated (the "good" 518/16) that needed a thorough CLA and inherited the back of the "bad" body in the process. The most expensive one, the 516/2 with its Tessar lens, I bought on site.

I gathered most of the information I relied on Certo6 - Vintage Folding Cameras, which is also a fantastic source of CLA'd and reworked folders, at least if you're in the States (the guy ships worldwide, but depending on where you are, you're looking at rather large costs). His prices seem very fair, and he's got a great reputation.

I chose a different path than buying from him and went for cheaper, less risky deals - apart from the 516/2, no camera I bought was much over $50, most were even cheaper. All in all, I haven't spent $400 dollars yet, half of which went into said 516/2 - and as long as no unique opportunity (like a really nice Super Ikonta, Voigtländer Bessa III or Mamiya 6 in great condition) crops up, I'm pretty much done with buying. I've ended up with five fully usable cameras, one ruined (by yours truely :/) and one brick. Among them is a real beast with all the best ingredients - a war-time 6x9 with Compur shutter and Tessar lens. I'm a bit hesitant to actually use the 516/2 a lot, though - it's bulky, heavy and also pretty valuable. But I use the other four cameras regularily - three 6x6, one 6x9. One isn't a folder, actually - the Agfa Isola II is a tube camera.

In my view, the best value is represented by the older 6x9 or 6x4.5 folders (1930s and 40s) - they're more or less as simple as it gets, which also means that there's not a lot that can actually break if no brute force is involved. The triplet lenses are prefectly fine for most purposes - of course, if you're into the best possible IQ, you need Tessar type lenses (or better). Shutters are a different matter; the most sought after are actually rather fickle (the Compur series, and, to a lesser degree, the Prontor series) - which makes sense, in a way. The simpler ones (like the Vario, Velio or Pronto) are often in decent working order and easier to service. However, if you know where to have them CLA'd, you can aim high here - and vastly extend the shooting envelope of your folder.

Finally, be wary about the Isolettes - they're great cameras in principle, but the bellows are made of some kind of artifical leather that dries out and is prone to perforation; you'll almost certainly have to replace the bellows, which can be expensive. If I were to get an Isolette, I'd buy from Certo6. Leather bellows are a lot more durable.

Thanks a lot for all this info, I have a lot to look into now 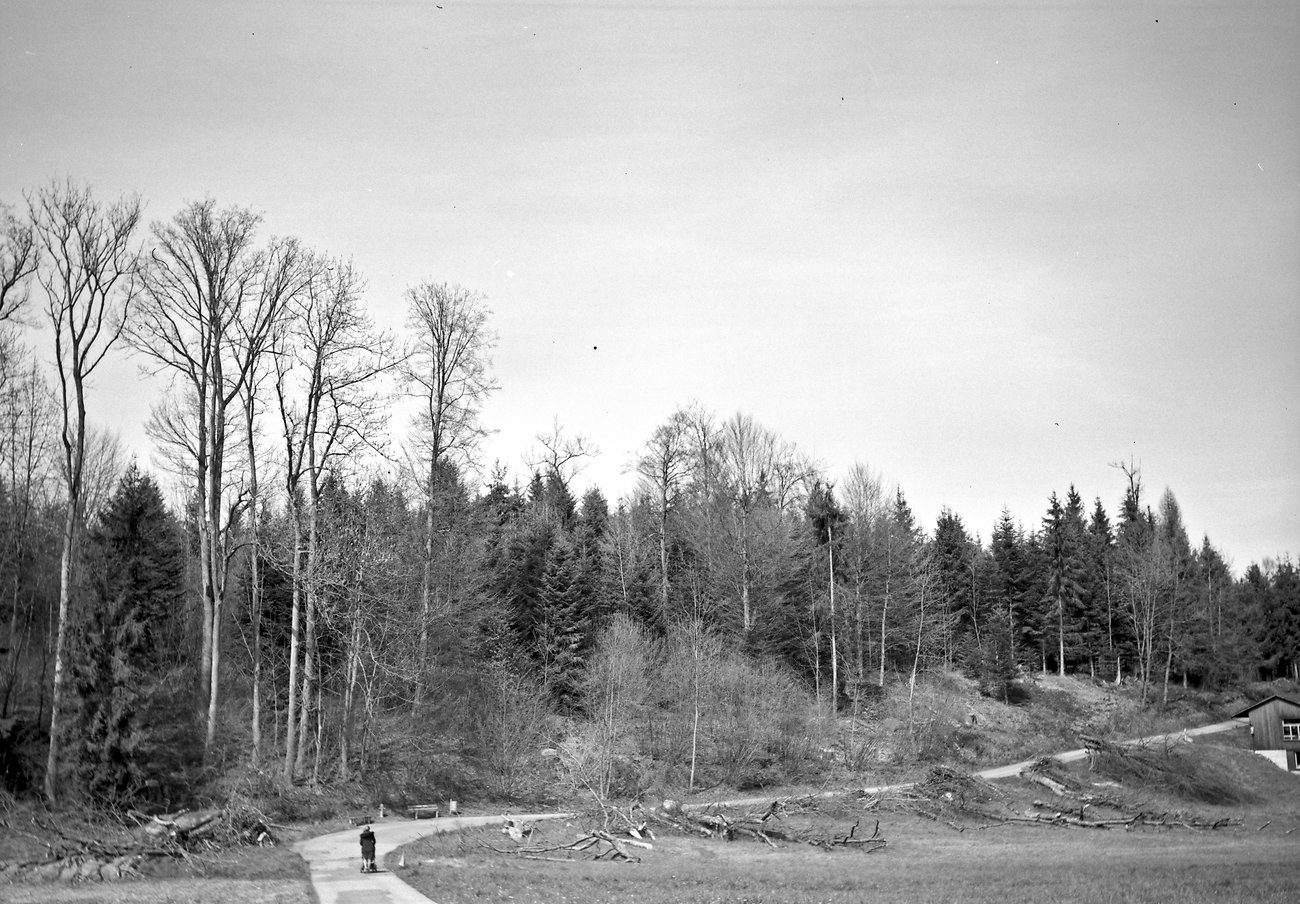 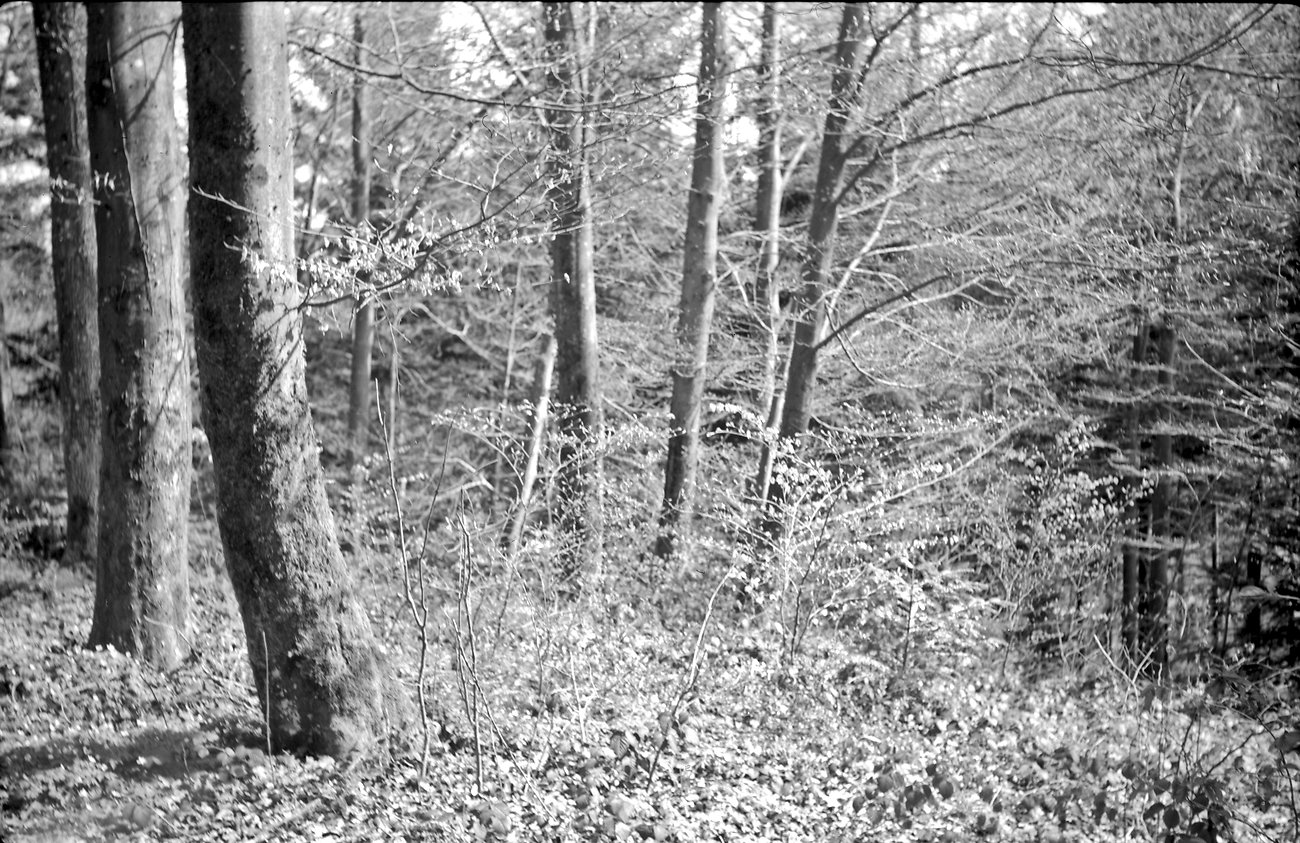 Subscribe to see EXIF info for this image (if available)
Next, I need to remember cleaning the negatives and the scanner's glass surfaces ... 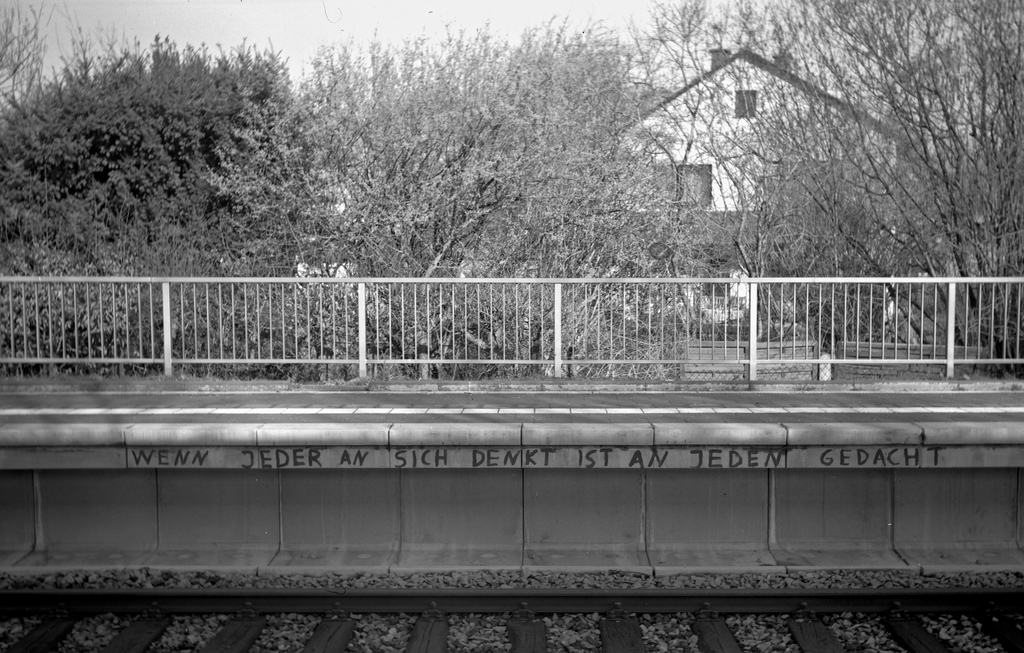 some truth on Flickr
The simple sentence is actually quite difficult to translate literally; it means something along the lines of: "If everyone is egotistical, everyone's appreciated." 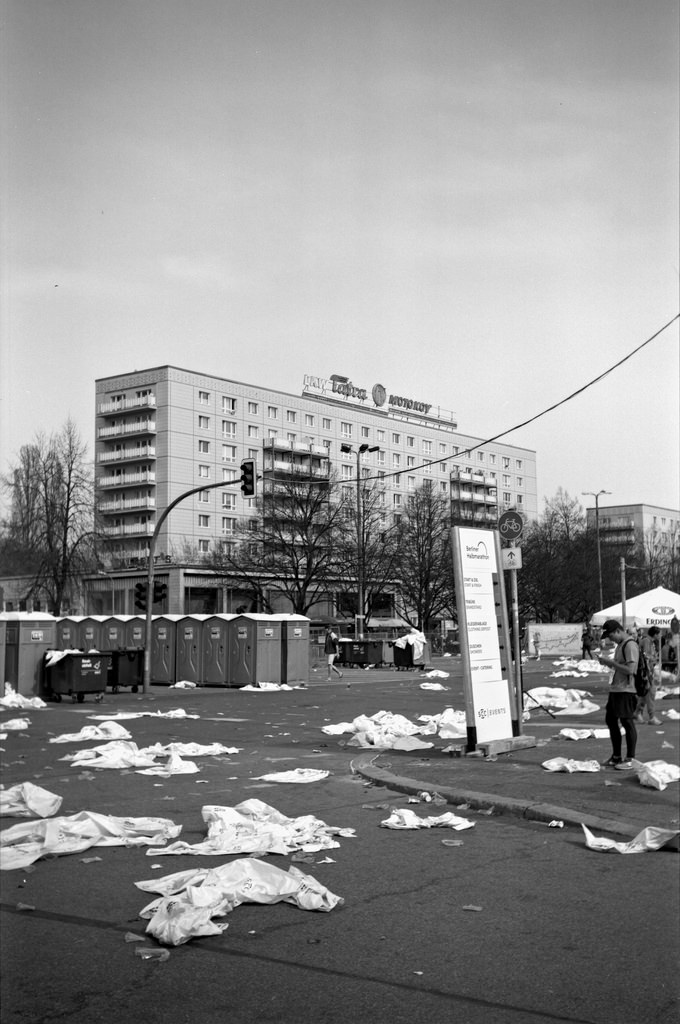 marathon aftermath on Flickr
That's what Karl-Marx-Allee (Berlin, Germany) looked like behind the finish line of the Berlin Marathon 2016 once everyone had left ...

Well, finally bought an Isolette. Went for the III, Solinar f/3.5 and Synchro-Compur shutter that goes up to 1/500. I believe this is the best combination of this camera.

jssaraiva said:
Well, finally bought an Isolette. Went for the III, Solinar f/3.5 and Synchro-Compur shutter that goes up to 1/500. I believe this is the best combination of this camera.

Fantastic choice If I wasn't so happy with the Voigtländer Bessa RF (a camera I haven't mentioned in this thread, I find), the Isolette (III - your model!) would be top of my list. And yes, the quality-to-size/weight ratio of these cameras is simply amazing. Nothing more modern comes close, not even remotely. I was toying with a couple of ideas (Zeiss Ikon Super Ikonta, Mamiya Six), but I frankly have everything I need, mostly thanks to the Bessa.