I have just seen an ad for the Olympus E-PL2!!!

Anyone know how it differs from the E-PL1? Looks nicer than the E-PL1

Sorry if a thread has already been started but i couldn't find one. 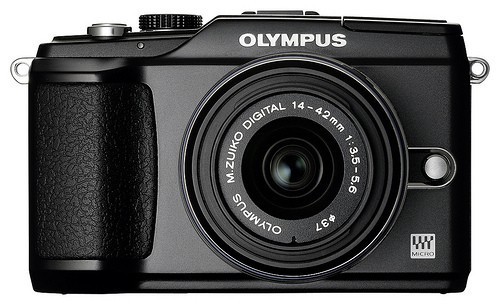 Thanks Andy, I don't think you've missed a thread on this new E-PL2 here. I know there's been a bit of discussion over on Mu43. Here's something from Olympus's USA website: E-PL2 I do believe that the LCD is better, larger and clearer, I think.

I so agree that it is much more aesthetically pleasing to the eye. Here's a piece I just found on dpreview. It's only a preview but it should be helpful: Olympus E-PL2 Review Here's an excerpt:

The E-PL2 has the same sensor as the E-PL1 and doesn't officially replace it, but sits above it in the product line, beneath the E-P2. As well as a physical makeover (the E-PL2 reminds us slightly of the rather beautiful Stylus Verve) its ergonomics have been refreshed too. The all-button operation of the E-PL1 has been ditched, in favor of a more conventional combination button/dial approach, with a rear plate that's much closer in design to the E-P2 than the E-PL1. The LCD screen is better too - its size has increased to 3 inches and it doubles in resolution, topping out at 460K dots. Indeed with its 3:2 aspect ratio and deep blue anti-reflective coating, it bears a startling resemblance to the unit used on Panasonic's DMC-GF2, although without that model's touch-sensitivity.
Click to expand...

I'm off to read more. Actually it sounds as though they've made some great improvements! Read on see what you think.

It looks like a similar thing that Panasonic did from GF1 to GF2 but in this case the E-PL2 looks really really nice. I had a small 'moment' when i saw it and thought straight away what a hansom looking camera that is. The E-PL1 does look a bit feminine to me but the E-PL2 looks much more butch!!!

I decided last week to go from 3 cameras down to 2 as i can't justify having 3 cameras so i have sold the GF1 (that was a wrench i can tell you!!) and have the Canon s95 up for sale. I still have the Panasonic 20mm f1.7 lens as it is a legend of a lens and was having a think about perhaps buying either a GF2 (yeah i know i said i never would!! he he but it is smaller than the GF1 and has better ISO) or the Oly E-PL1 but then i found the E-PL2 and I'm very tempted!! I'll have to compare the GF2 with the E-PL2 and see which is better for me.

Andy, never a dull moment in the camera world with you! Tell me - what is that atop the E-PL2?

I'm sure you were wise not to sell the 20mm. It will always be a valuable lens and if you decide to abandon mu43 it will sell quickly for the right price.

So which two cameras are you keeping?
J

BB, it is a device they are calling the Pen Pal that will wirelessly beam photos via Bluetooth to your Android or Windows 7 phone (and hopefully Apple IOS devices later). There is a video of the device in action on this link...

I've read some links and discussions (there is one at the other site) and apparently the Pen Pal will not be backwards compatible to the EPL-1.

The little doodad on the EPL2 hotshoe is something they're calling PenPal or something that's basically a bluetooth connector to some smartphones and similar devices. So I guess you can transfer photos straight to your Blackberry or whatever, if thats your thing. I think its compatible with the EP2 and EPL1 also, but not sure. Other improvements to the EPL2 include raising the top shutter speed to 1/4000, the ISO to 6400 (don't know how useful, but I guess its always nice to have an amp that goes to 11), the control dial on the back, an additional art mode, maybe one or two other things. Looks like VERY little to separate this from the ep2 now, which suggests the ep2 is getting ready to be supplanted by something higher end in the premium end of their line. I literally don't see any reason to choose an EP2 over the EPL2 except the orientation sensor (which is too small an issue to even think about) and maybe the second rear dial, if you use two a lot. I guess for some the aesthetics, but I think the epl2 is a good enough looking camera. So just not much at all to separate those two cameras anymore.

Hopefully, some sort of ep3 will come soon and shake up the whole game. I'm hoping for a faster and more precise AF (as with the GH2) and an articulating rear screen (preferably similar to the NEX type of tilt, rather than the G series full swivel). Many are hoping for a built in evf - that's not real high on my list personally.

EPL2 also does 1/4000 shutter speed (vs. EPL1's 1/2000), has a better LCD as someone else noted, still supports the EVF2, and adds some more accessories. Also, the lens (on paper) is supposed to be nicer than the EPL1s kit lens. Optimized for video and all that.

BB
As said it's a Bluetooth device, not something I'm interested in! They also do a natty device for macro photography: 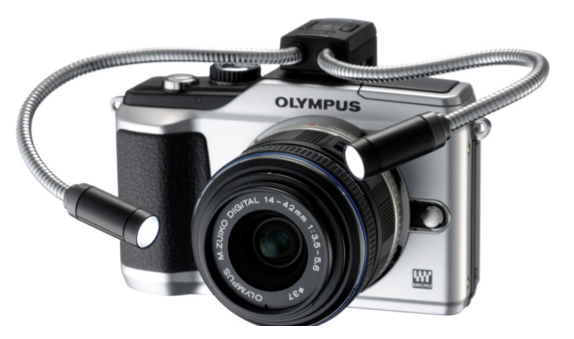 I'm keeping my Canon 500D as no compact or Micro 4/3 can match it for image quality although the GF1 came close in a fair few situations. I will be looking at the GF2 but as yet they are not selling the body only. I think the E-PL2 will be a fair bit cheaper than the GF2. Choices choices!!
W

Looks like Olympus have done some good work in terms of fixing the "wobbly" kit lens issue with the new model and reportedly better AF speed as well as AF during video.
The styling is better to my eye - the ep1/2 lines were just a bit too straight and boxy.

But please, please - Olympus -( anyone ) - a sealed body and lens for those of us who want to take our cameras out into the wide, wild world were dust and rain abound

wolfie said:
Looks like Olympus have done some good work in terms of fixing the "wobbly" kit lens issue with the new model and reportedly better AF speed as well as AF during video.
The styling is better to my eye - the ep1/2 lines were just a bit too straight and boxy.

But please, please - Olympus -( anyone ) - a sealed body and lens for those of us who want to take our cameras out into the wide, wild world were dust and rain abound
Click to expand... 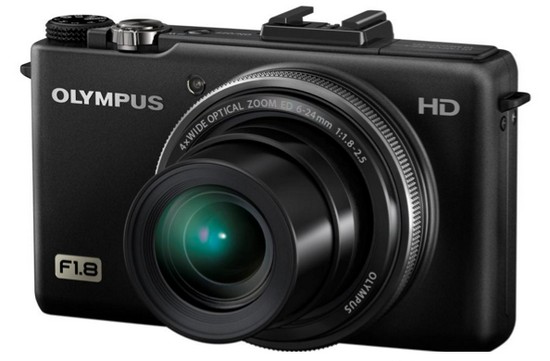 
Ghosthunter said:
That's one reason why i have just bought a NEX 5!!!!
Click to expand...


You must update this thread that you now have gone and got yourself an EPL2 !!

Yes i bought a NEX 5 which i was quite disappointed with when using the kit lens but it was superb with MF lenses. Not comfy to hold and i wanted AF lenses that were good so i took it back to the shop. The sales chap asked if there was anything i wanted to exchange it for and i said no, I'll wait a few weeks for the E-PL2. He then said that they got some in the night before!! So after a play i bought the one that i wanted which was Black with black 14-42 silent lens. The camera is a joy to use, quick and silent to focus, very sharp lens and look the RETRO NUTS!!!

Good point, wolfie. Thanks Andy...but for all those inquiring minds who need more, please take a look at Andy's ongoing love story here: https://www.photographerslounge.org/f38/just-bought-olympus-e-pl2-wow-oh-wow-1083/ Andy, I am counting on you for more E-PL2 photos over there.

Yea i know but i have been too busy to get out and about plus the weather has as usual been petty poor (not that that should be any excuse! LOL) Now my dad has stopped his radiotherapy treatment we can go out on the odd afternoons. Believe me if i get the opportunity i will get shooting then I'll post up asap. I should be getting the M42 to M4/3 adapter any day now so that will get me going!!

Thanks Andy. I am very glad to hear your father has been able to stop his radiotherapy.


Not half as glad as he is!! He's like a kid who has inherited a computer game shop!!!