One of my best pranks ever

I have a good friend I've known since my high school days. Over the years we have, and continue to joke on each other. For a few years we were working the same convention together. In 2016, I found this epic shirt. The con owner got in on the fun and did the ultimate set up. While an audience of a couple of thousand people were in an auditorium waiting to see Kevin Smith. We sent him an emergency call over the radio that an individual was going on stage causing problems. As my friend is racing up to the stage, our friend Ken, the con owner was on stage with the shirt. He got on the mic and said the shirt was turned into the lost and found then held it open for all to see. Just as our friend got to the stage stairs and realized what was happening. 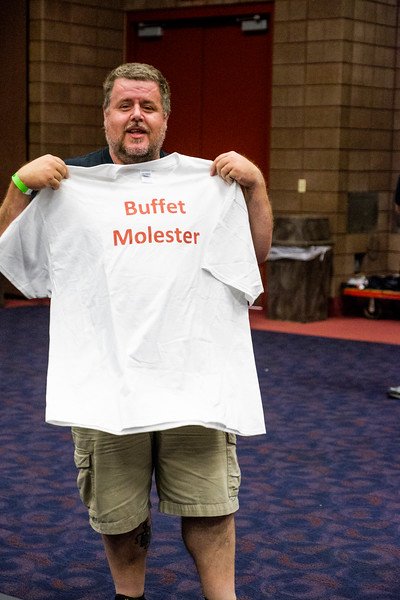 One of the times I was published

Buying my way out of a slump
2

Is it a hedgehog? Is it a porcupine? No, it's an echidna.