i mean, yeah it kinda sucked losing our jobs but i finally took a few shots i liked after a few non inspirational months

this is the one they used followed by my favourite one 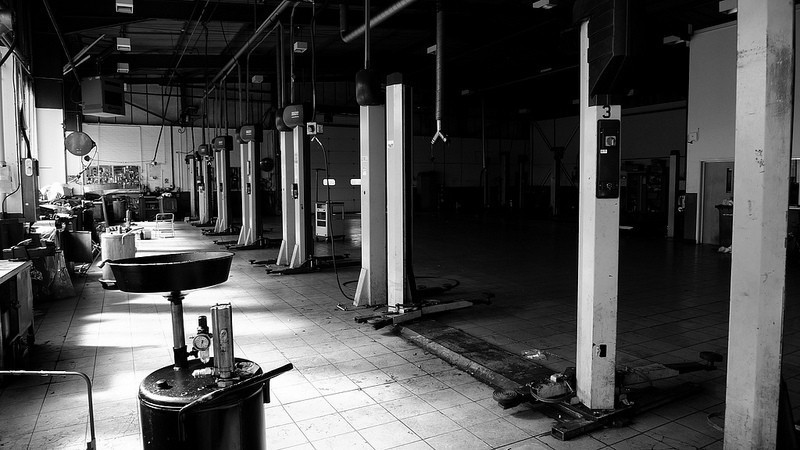 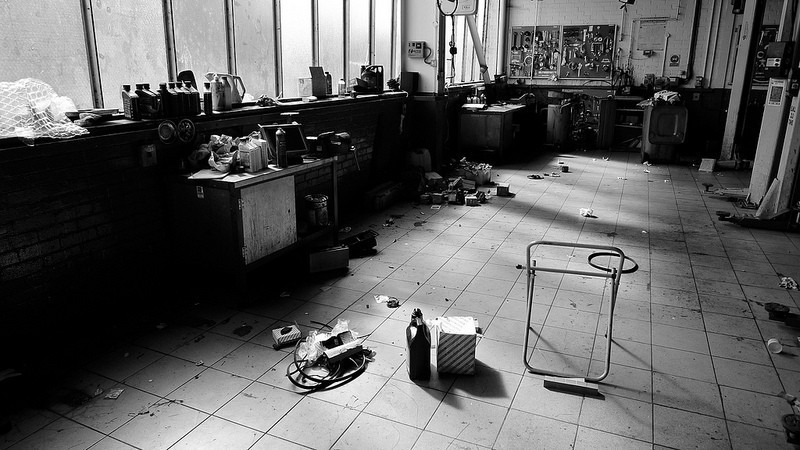 The second shot is very atmospheric. Great pictures, sorry to hear about the closure.
S

How did you get the paper to notice the pics? Or do you already have a relationship with them?

Bad luck about the jobs but the pics I like and congrats on getting published.

I'm very sorry to read about the closing of your place of work and appreciate your including the article. It's wonderful that your photographs were chosen for the article. I can see why the second means the most to you, as the sense of loss is palpable.

Hang in there, sh0wtime, keep us posted on your situation - and keep adding more photographs, as well.

Sorry to hear about your work closing. Great work with the LX3 and congratulations for the article!

I worked garage work, for many years, in several towns. Hate to have start over, but there is always work for a good mechanic. Especially when the economy is sluggish. Folks tend to get it fixed, instead of buying new. Your pictures brought back memories.

Sorry to hear about the closure, I hope that you find something else very soon. Thank you for sharing your pictures, best of luck and best wishes
D

Sounds like this is bitter sweet. Very nice photos.

thanks for all the kind words guys

in answer to some of the questions posted-

no i don't really have any relationship with the local paper although they have used a sunset pic over a local pond as the banner pic on their facebook page a little while ago. i pointed them towards my pics via their facebook page having a mini article about the closure. one of their comments on the closure asked if anyone knew anything about the closure or anyone who worked there. i replied saying i worked there & mentioned i had some interior shots. the girl emailed me her mobile number, we chatted a while & i then emailed her 2 or 3 images & gave her permission to use them if they wanted to
i now have her as a contact so who knows what i can send her in the future

as for the job situation i was contacted by the owner of the smaller independant garage across the road from us with 15 minutes of him finding out about the closure (also via facebook, which can be a great networking resource if used sensibly

) & offered a job straight away. i started this monday

thanks for everybodys kind wishes in this respect

although i did 27 years in the workshop i've spent the last 2 years out in reception which is quite a bit different (while also being a LOT harder work than i had ever imagined) but its something i really like doing. people really like being able to speak to somebody who actually understands how their cars work. not sure i'd ever want to go back on the tools. i've done my time (so to speak)

even though i'm working again after less than 2 weeks it will still be a rough summer as i've not been paid for any of the work up until the 15th..
i only started this week ( so i might get a couple of days money) which means i'll have to work all next month for a proper payday which basically means going 2 months with no wages!
we will get our statutory eventually. i just hope i'm still afloat by then

Well good for you, sh0wtime - that's great news about being employed again so quickly! In 15 minutes!

I hope the financial situation rights itself quickly.

Panasonic One of my first shots with Panasonic TZ100