Panasonic’s new LX3 doesn’t simply crop away bands of pixels along the edges of its sensor to achieve the various aspect ratios. Rather, the LX3 uses a relatively new technique first introduced in Panasonic’s TZ3. The sensor is larger than the imaging circle of the lens. For each aspect ratio, a slightly smaller central portion is cropped out of the sensor. In each case though, the diagonal equals the diameter of the lens’ imaging circle. Thus each aspect ratio offers the same angle of view: the LX3 features the same 24-60mm (35mm equivalent) zoom range at all 3 aspect ratios. As is evident in the diagram below, although the angle of view and focal length remain the same at each aspect ratio, the horizontal field of view increases as you move from 4:3 to 16:9, taking in more of the scene horizontally.

The LX3’s predecessor, the LX2 used a more conventional approach. The left side of the diagram shows how the various aspect ratios are achieved by cropping millions of pixels away on either side of the 16:9 sensor. In this manner, the angle of view is not maintained and the LX2 only offers a 28mm wide angle when shooting in 16:9. For those shooting mainly in 16:9 mode, the LX2 has a larger effective imaging area at 16:9 than the LX3 does.

The diagram also illustrates the relative sizes of the respective sensors and imaging circles. Although both cameras feature sensors with a the same 2.00 micron pixel pitch and approximately 10 megapixel effective resolution, the LX3 makes more efficient use of the (smaller) imaging circle. This, in addition to the smaller zoom range, probably allowed for the LX3's lens to be much brighter while maintaining its compact dimensions. 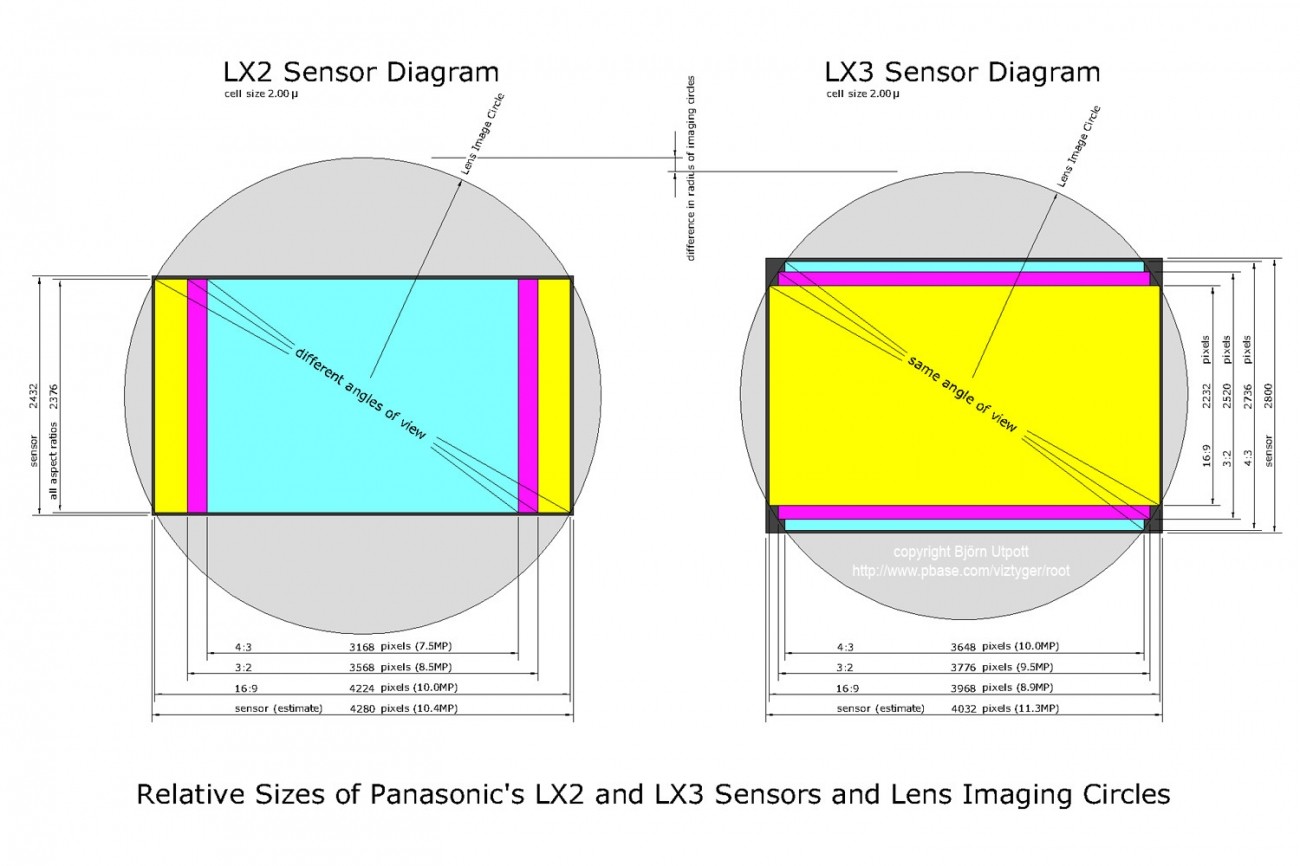 A larger version of this diagram can be found here: test Photo Gallery by Bjorn Utpott at pbase.com