Pentax PENTAXians..... tell me about your favorite lenses

OK, the FA77 limited is out. I see what others do with it and it's clearly a gem...maybe if I stay with the system long term.

How would go about building a SMALL system to cover most of your bases. I have the 18-135WR and plan on using that for awhile until I map out a game plan. The WR is why I'm buying into it and the range covers all I need. I understand the trade-off in such a wide focal range and I've seen samples and I'm fine with it.

I also have an old 50mm f1.4 Super Takumar that I will try on it too. I've loved shooting with on my m43 bodies and the focus peaking of the K-30 should only add to the pleasure in using it.

So that's what I have to start. What I'm looking for is some suggestions to fill out the kit. I'm tempted by the Bigma for it's outrageous focal range and I can find the lest generation used for around $800, but I think I'll wait on that one until I decide if I'll be a lifelong Pentaxian. I think a fast constant zoom for the most commonly focal lengths might be handy, but maybe the 18-135 is good enough for a walkaround and spend a little extra on a great prime in the mild wide to normal range. Keeping in mind that I have the 50mm perhaps a high quality longer zoom. And this is where is gets dicey......how much to spend for how much performance? I also like macro and wouldn't mind getting the best one I can afford....especially if it's also great at non-macro. Maybe something longer like a 90 or 100mm macro that can be a fast tele as well?

Let's hear your suggestions. And if this is impetus for you to clean out your lens closet, feel free to shoot me some private messages with enticing prices

Thanks for your time and your input.

Other than the DA70/2.4, my favorite lens was the FA35/2. Still available new for $399 at BH even though it's officially discontinued. Performance very close to the much revered and much more expensive FA31/1.8. Also has an aperture ring for adapted use in other mirrorless systems. Lens is not a pancake, but still fairly compact. Highly recommended!!

For fast short tele and also a macro, there's the FA100/2.8WR. The construction is awesome. All metal and weather sealed. This lens should be a limited. But for whatever reasons, it's not. Super sharp lens. For normal distance photo, the AF is ok. But for short range, it can hunt a bit. And it sounds like a dentist drill. Great lens nevertheless.

Have you always had the K30 or new toy?
J

My favorite Pentax lenses (other than the FA77) are as follows ... and all of these can be found on the used market most of the time for reasonable prices if you want to build a solid kit of quality primes. 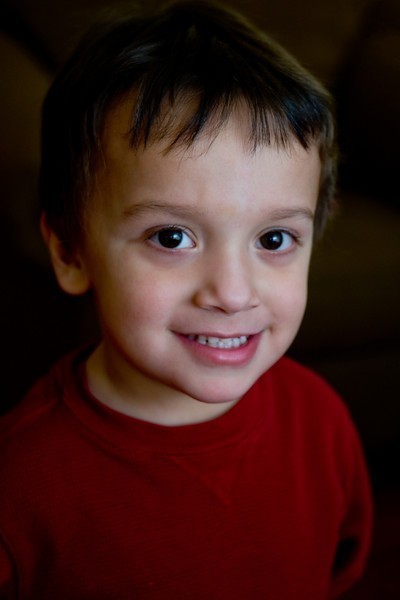 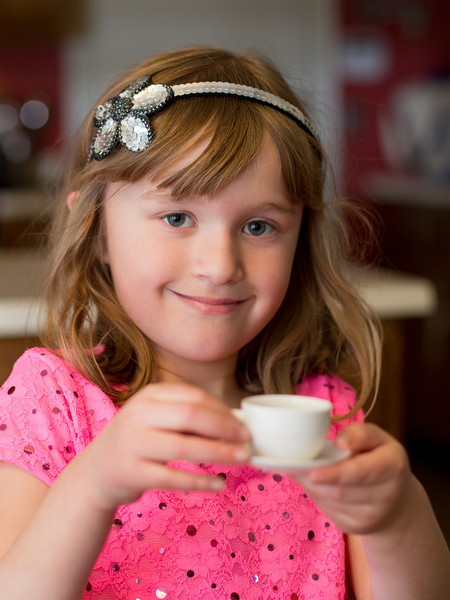 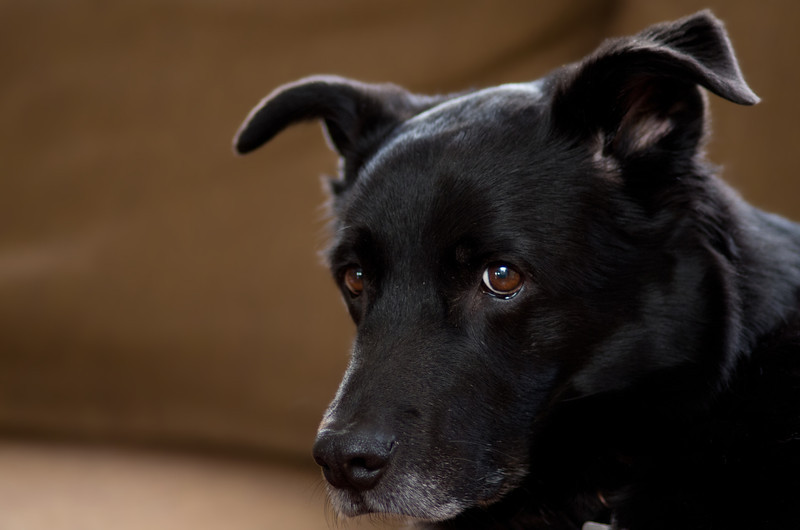 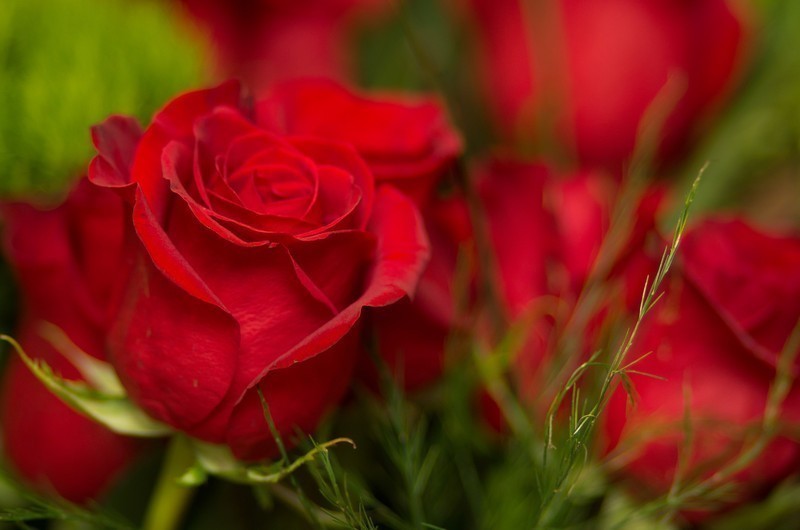 Even though they aren't Pentax specific, I also love the Sigma Aspherical 14mm f/2.8 EX or the Sigma 8mm f/3.5 fisheye for dramatic wide angle compositions: 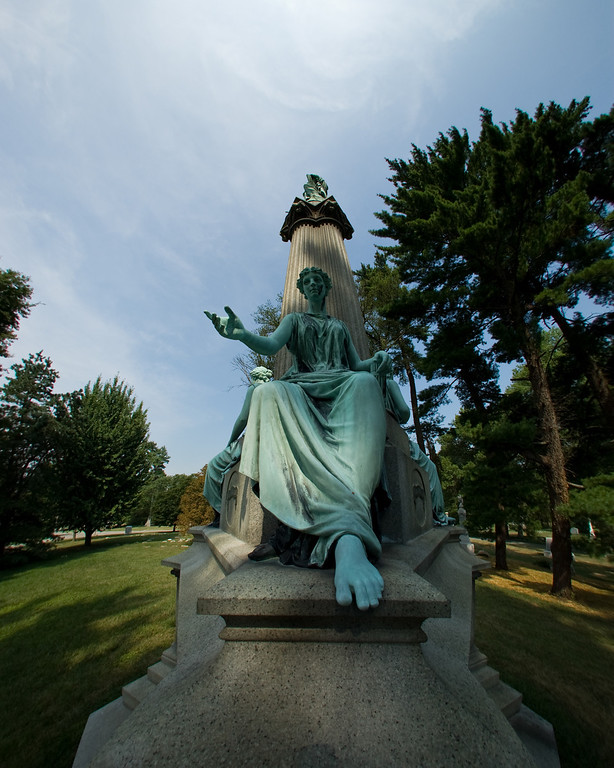 Armanius said:
Have you always had the K30 or new toy?
Click to expand...

The flip-flopper strikes again. Weather resistant bodies...... K-30 $600 (new), OMD with grip ($950 used). Since my X100s is my main rig, i thought I'd lower my investment in my back-up set-up (before the OMD becomes worthless (God have you seen what E-P3 go for these days?).
I actually was reading one of your reviews on the Pentax Forums today....it didn't click until I saw a photo of a BBQ sign and then right below it a picture of your lovely bride. I know there's tons of K5 shooters and other PENTAX heads here so I though it get some more streamlined and focused opinions here.

Don't want to spend that much yet? No problem. The DA 35 f/2.4 is a fine lens as is the DA 50mm f/1.8 (but you have 50mm covered). I think, however, that the DA 18-135mm is a great way to start. You might as well have a decent kit lens with a flexible focal range and weather-resistance to match the body.

A constant-aperture lens? Frankly, I advise avoiding the DA* 16-50mm f/2.8. It's too expensive for what it offers and you essentially need to buy a brand-new example to insure you won't have SDM issues. Instead, I'd pick up the Tamron 17-50mm f/2.8. It's a solid lens with its only fault being a slightly noisy auto-focus system. Here's a review you may find of great interest:

From the third-party ranks, I suggest you take a look at the Rokinon/Bower/Samyang et al manual-focus lenses for Pentax. These Korean lenses are well-built and offer great optical quality. They're a bit on the large side but, in return, so are their apertures. Bonus: These lenses are chipped and have electrical contacts in Pentax K-mount so that you'll have metering/auto-aperture. All you'll have to do is focus.

Another third-party prime to consider is the Sigma 30mm f/1.4. It's not really cheap (in the $400 range new) but it's tons cheaper than the $1,000 FA 31 f/1.9. Edges/corners can be a bit soft with the Sigma but it's something that's really overstated by many. Center sharpness is very high. Besides, if you're shooting people, softer edges is not a problem, right?

Finally, at the longer end, I recommend (depending on your priorities) the D FA 100mm f/2.8 WR macro and the DA 55-300 f/4-5.8. This last lens is a relatively inexpensive consumer lens but its a good piece. Try to get the DA version with metal mount rather than the DA-L version with plastic mount.

Of course, there are tons of Pentax legacy lenses out there but you'll have to ask someone else about them because I have little first-hand knowledge. I hope this helps. Feel free to ask more questions.

Luke said:
The flip-flopper strikes again. Weather resistant bodies...... K-30 $600 (new), OMD with grip ($950 used). Since my X100s is my main rig, i thought I'd lower my investment in my back-up set-up (before the OMD becomes worthless (God have you seen what E-P3 go for these days?).
I actually was reading one of your reviews on the Pentax Forums today....it didn't click until I saw a photo of a BBQ sign and then right below it a picture of your lovely bride. I know there's tons of K5 shooters and other PENTAX heads here so I though it get some more streamlined and focused opinions here.
Click to expand...

Oh yes, my days in the Pentax forum when I owned a K5 (speaking of flip floppers)!!! BBQ (other than my then girlfriend and now wife) seems to be a re-occurring theme in a number of my photos.

I had issues with the AF accuracy on my K5 (particularly with the 18-135, DA15/4, and DA55/1.4), which ultimately resulted in selling all the Pentax stuff off and heading back to m4/3. However, after seeing the resolution on the K5IIs, I'm sometimes tempted to flip right back again (along with the Nikon D7100)! The K5 was the one camera in which I had no complaints about the user interface -- ample of buttons, knobs and switches that are all logically located.

GetDPI also has (or had) a healthy dose of knowledgeable Pentax shooters there. 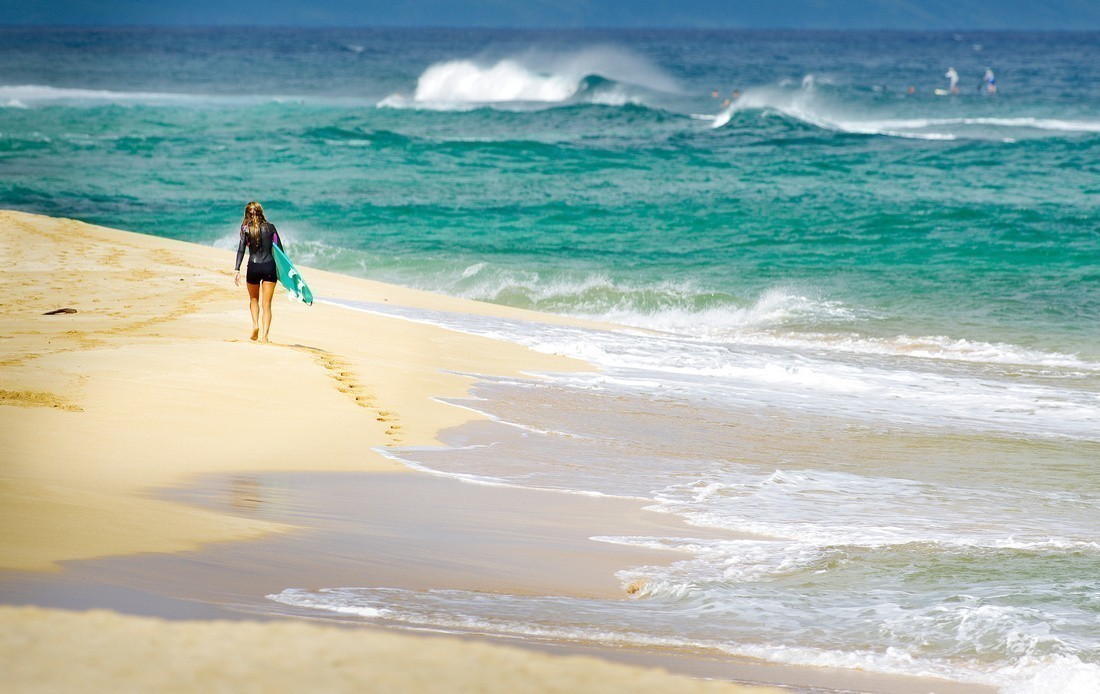 Armanius said:
Did you get the blue K-30?
Click to expand...

but eventually I decided to go with the stormtrooper white and black. I'd get the brown one if there wasn't such a price hit for the imports.
K

Thats a bit of a shame. I had issues too, but wasnt in a position to flipflop like the rest of you, and kept my K-5. The most recent firmware update has my AF accuracy sorted, PDQ. Love it.
K

I can NOT keep up with you. For some reason I thought you had a K-01. sighhh.

Recommendations. The DA limiteds as someone already said (I have the 15 and the 35) If you want WR, theres a nice 100mm macro which is WR. I'm saving for it. Also, the DA*55mm f/1.4 is to die for. and weather sealed. I'm also trying to acquire cheaper manual lenses. From Korea the Horusbennu 50mm f/1.7 isnt bad for $56. I also recently (relatively speaking, it was a few months back) acquired a K55mm f/1.8 which is just lovely. Heavy though, being all metal construction.

Amazon and BH allowed me to try many of the lenses out. After a couple of trades, I eventually only had to sell the K5 and the FA35/2, although at a loss.

Rich, have you had any moire problems with the K5IIs?
K

You walk around with that????? Its a monster!

kyteflyer said:
You walk around with that????? Its a monster!
Click to expand...

I'm not specifically looking for any heavy lenses, but if there's a great one that is a bargain, I'll consider it part of my new "workout" regime. I ain't going to "no" gym. But I like walking with a camera.

Sue, your shots with that Horusbennu from when you first got it stuck in my mind, but I think I'm pretty good at the 50mm length.

And thanks all for your input. You people (are great/need to find some more hobbies).

Based on the stuff that you shoot and post on Flickr, I'd suggest the DA35 F2.8 Macro Limited. With the APS-C crop factor it's a normal lens, real sharp, with great Pentax colors. Overall a great walkaround lens 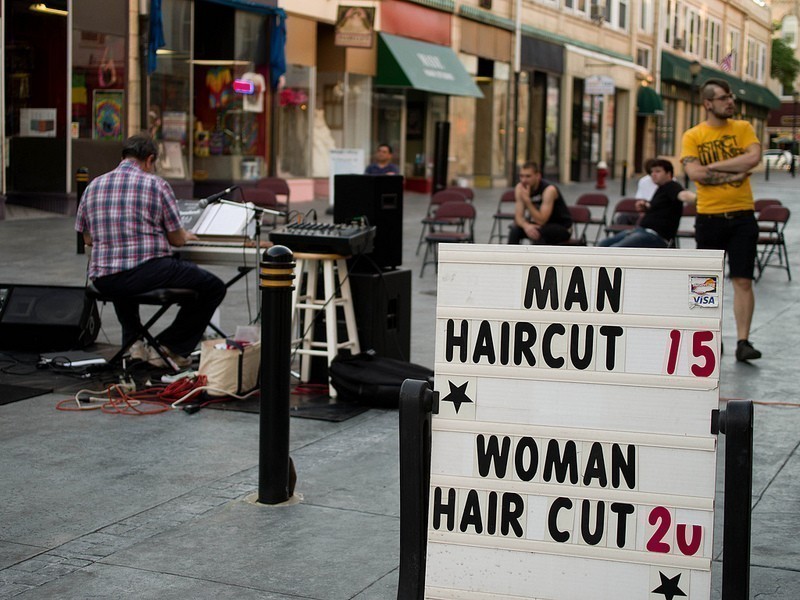 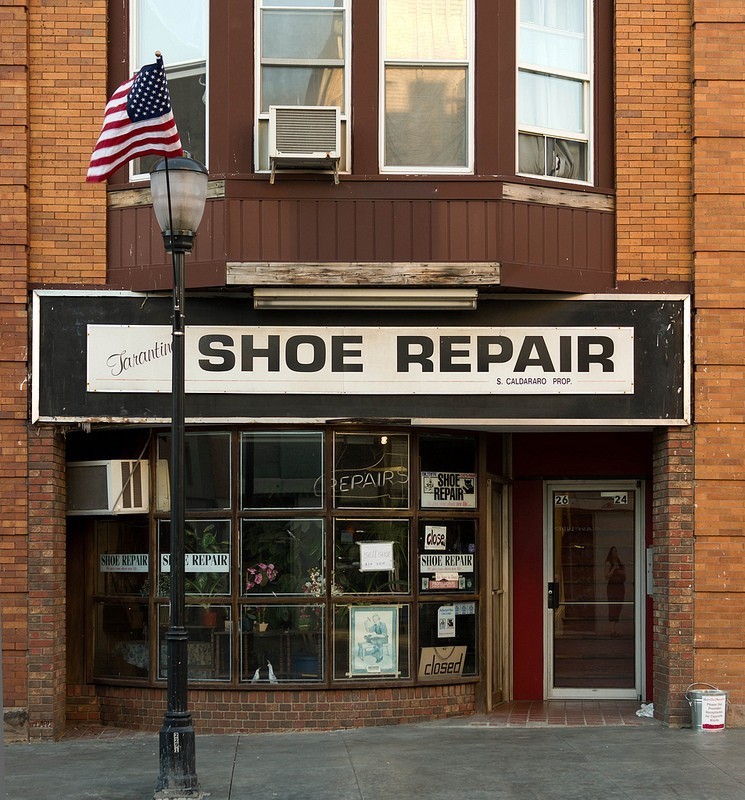 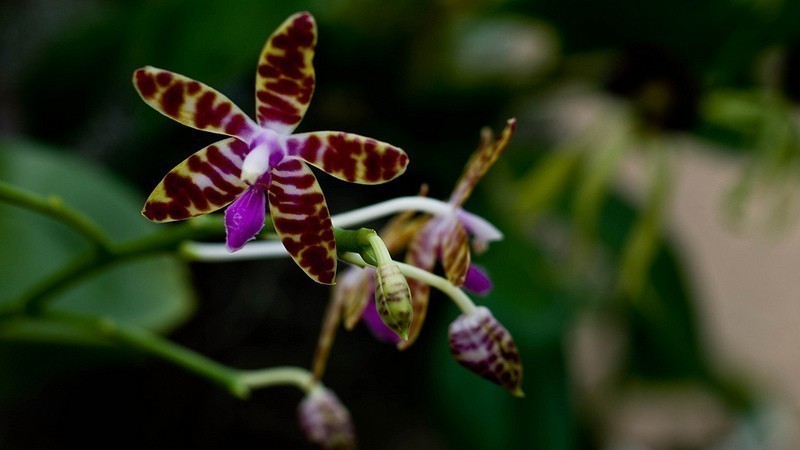 The Orchid Greenhouse at Duke Estate by john m flores, on Flickr 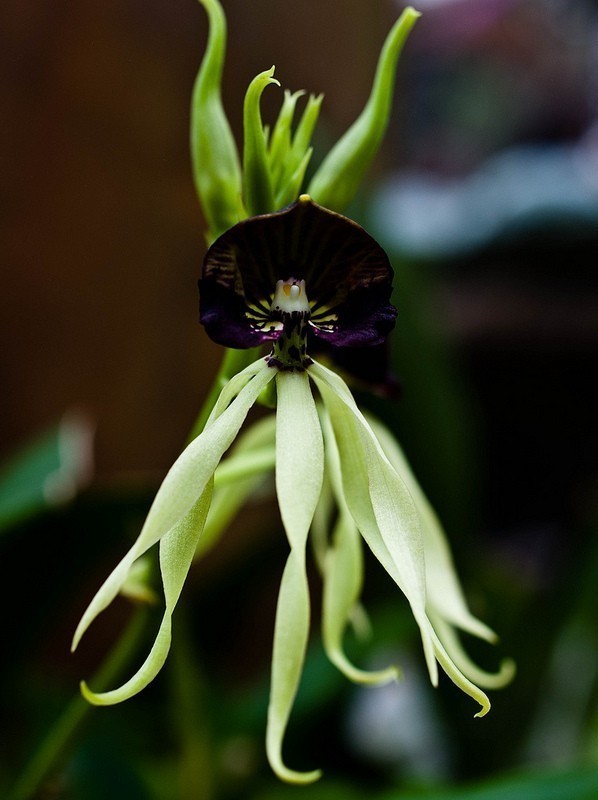 The Orchid Greenhouse at Duke Estate by john m flores, on Flickr

Great, now I feel stupid for selling mine...
R

Armanius said:
Rich, have you had any moire problems with the K5IIs?
Click to expand...

kyteflyer said:
You walk around with that????? Its a monster!
Click to expand...

O
Fuji Tell me about Zeiss
2 3

Pentax Tell us all about your Pentax Q - and please add your photographs!
2