I'm sitting here admiring my new RX100m2. I've had a m1 for a good while now, and my wife decided to adopt it after having seen the images compared with her previous Canon S95.
This left me without a small camera, and we can't have that now can we?

I was thinking about the m3, but several factors led me to the m2 instead. I've enjoyed the 28-100mm focal range of the RX100, and from the shots I've taken with it I know I'll use 100mm more than I'll use 24mm.
The EVF is neat and all, but if I'm not really enjoying the EVF on my Fuji X100 I'm not going to enjoy pressing an even smaller camera to my face while trying to hit buttons on the back. I also can't really recall any situations where the RX100 display was unusable due to sunlight, and when I can angle the m2 screen it'll be even less likely.
The hot shoe on the m2 really appeals to me, I don't use flash that often but I'd much rather have the option than not, especially with a leaf shutter camera.
And of course the significant price difference played in as well.

I did a few quick test shots and the image quality looks the same as my RX100, so no problems there. Didn't expect much improvements, maybe I'll see something in high iso if I find the need. 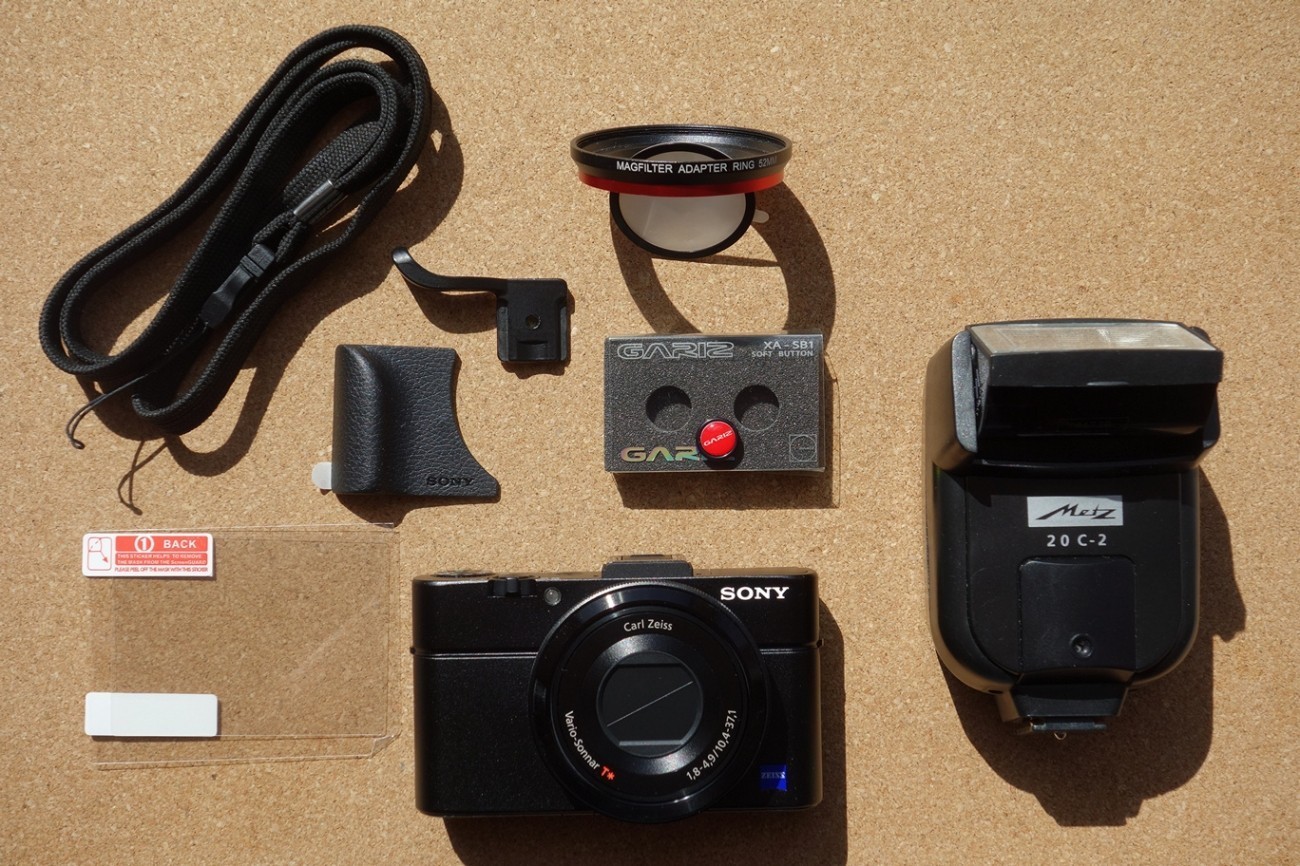 And here it is put together 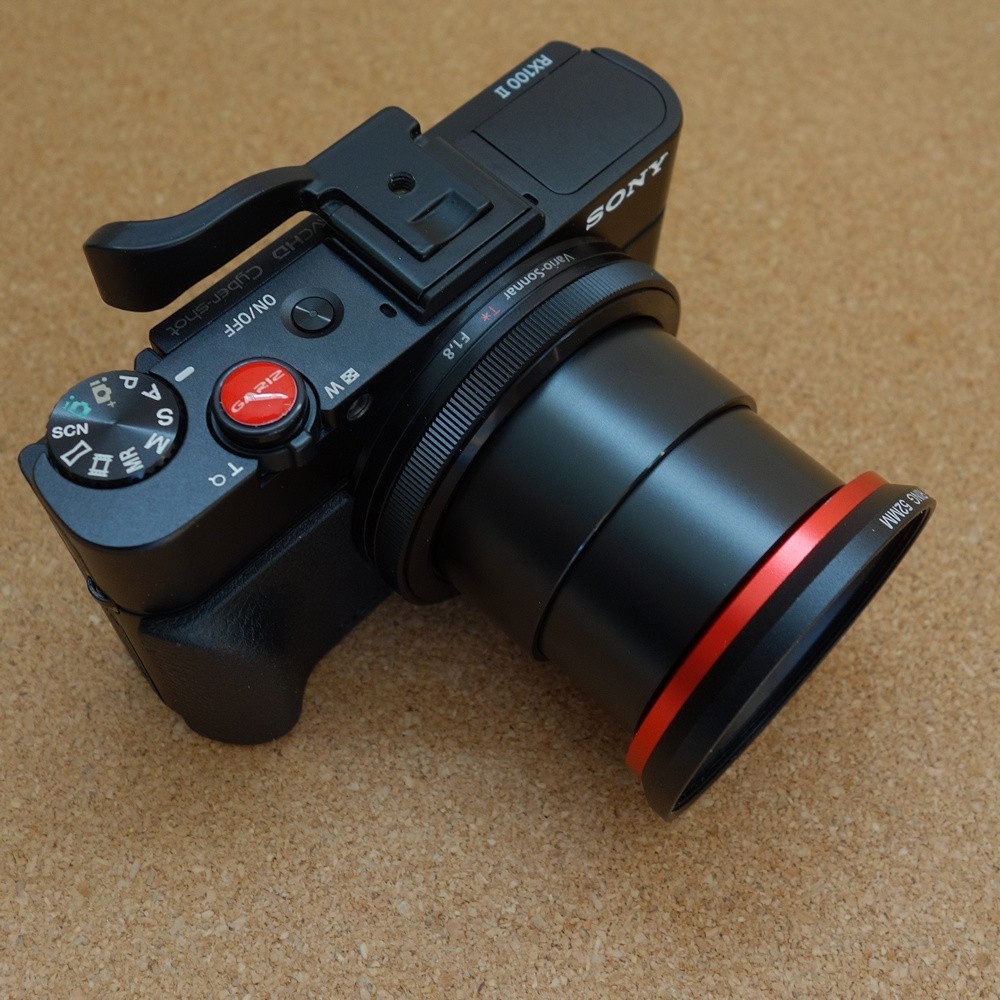 It handles like a champ now, between the Sony grip and the thumb grip it feels glued to my hand.

Finally here with the Metz 20 C-2 attached, it's not thaaat big.. 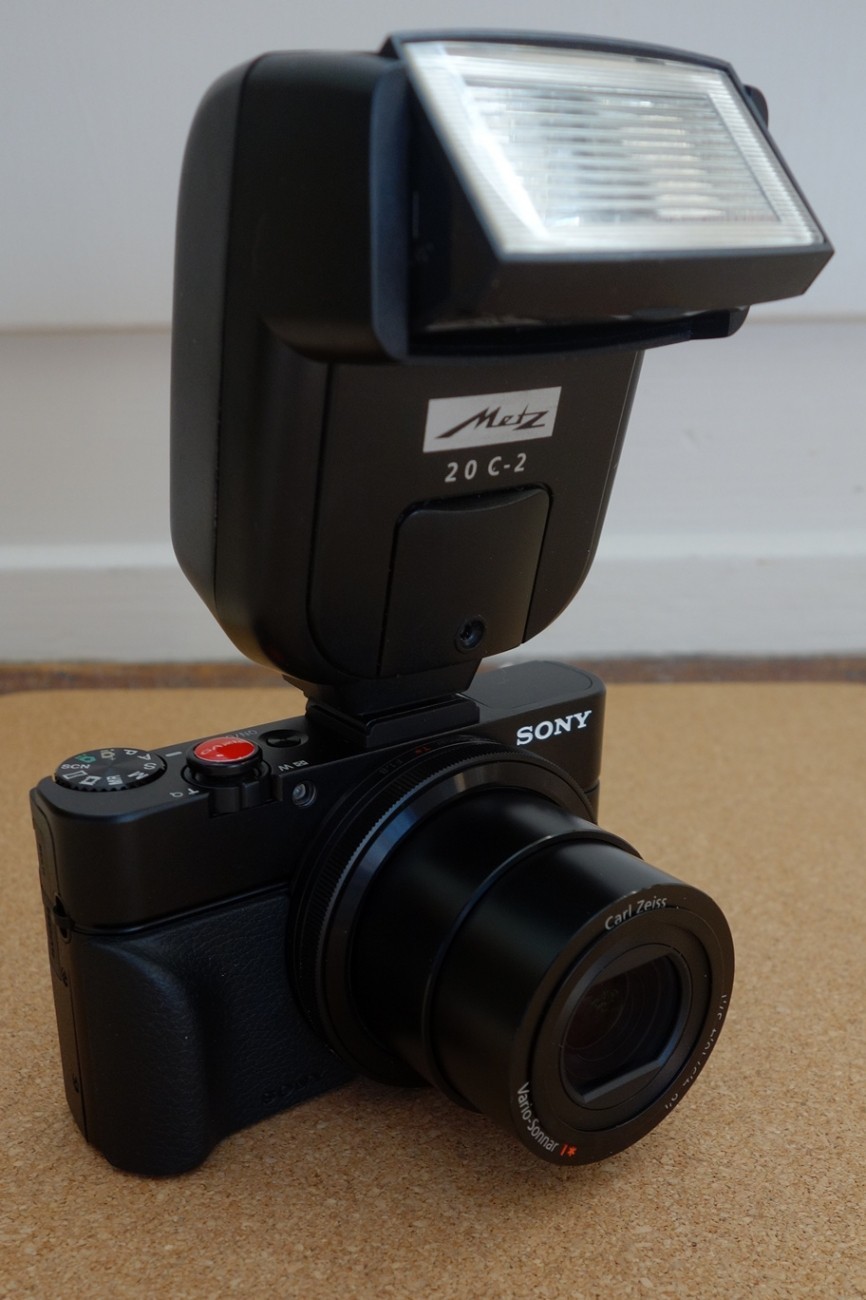