To get into gear with instant again before the MiNT InstantKon RF70 arrives, I took out the OneStep2 (and the Lomo'Instant Automat Glass, but that's a different thread) to try my hand on evening colours.

I had been in two minds about the Polaroid Originals latest colour film, but quite fond of the camera so far; however, as with all such gear, you need to really get to know its strengths and limitations to make it work. Today, I sort of tried to hard, but it *was* a really good learning experience.

To make a long story short, both the film *and* the camera need as much light as you can get; if there's too little and you need to work wide open, images will be mostly mushy, even though colour highlights may still be pleasing. I had read something along these lines before, but didn't really get it - now I have, I think.

If you have enough light to work with, images can be quite pleasing and surprisingly sharp. The scans from the Canon Pixma MG7750 don't do the results full justice, but they're miles ahead of what I can do with big frames like this via the Google PhotoScan app - this'll have some repercutions on my plans for shooting the Single in October challenge with the RF70, at least as far as posting on the road is concerned ...

Anyway, here are the two usable shots (yes, it was an expensive lesson ...): 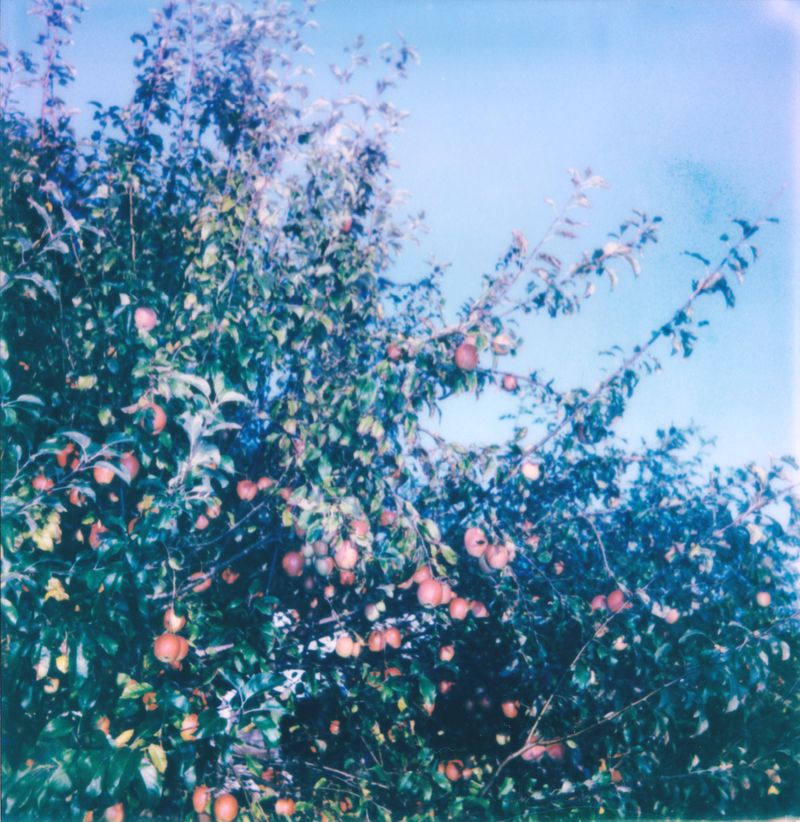 (In this one, I forgot to suppress flash - it shows, but it's not too unnatural.) 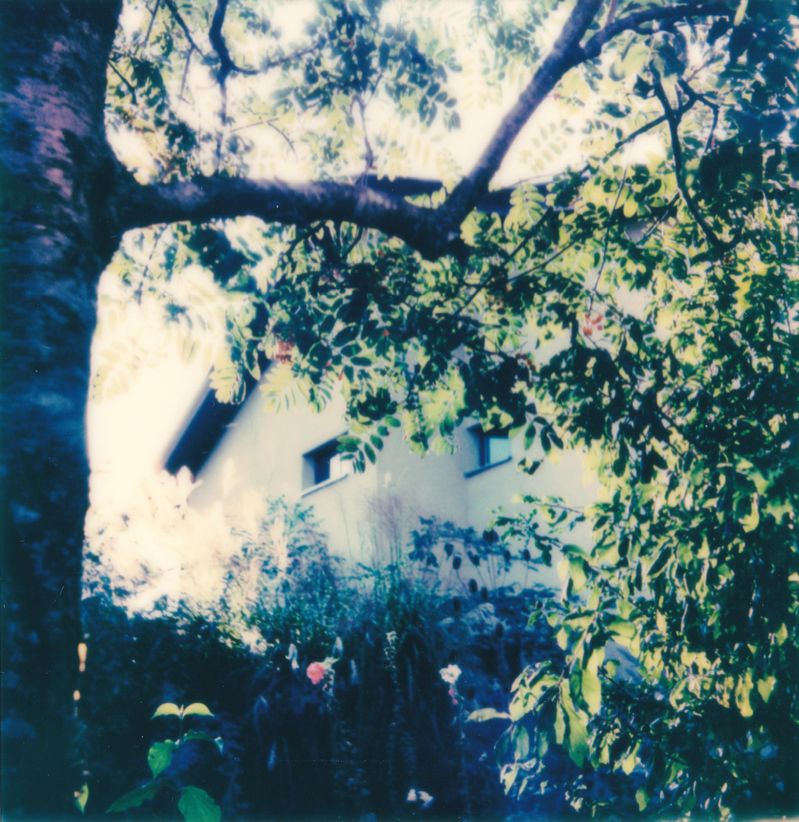 Subscribe to see EXIF info for this image (if available)
(You may want to remember that you're looking at enlargements here!)

I particularily like the second one - even in the really harsh light from the sun that's only just obscured by the tree, you have some highlight detail, and colours are very nice IMO.

Moderator
Have you tried fill-flash? I used up a lot of Polaroid when it was "POLAROID" mostly shooting an SLR680, SLR690, and SX-70 Sonar. The latter- modified to shoot 600 film, with Telephoto lens and 2350 Polaroid electronic flash. The fill-flash made a world of difference in terms of color. I still have the three cameras- but has been a while since they were used. I still have some peel-apart film in the fridge for the model 250.

@BrianS Thanks for the tip, but when shooting in the woods, the only thing that would follow from using fill flash are distractions in the foreground - it's actually a good thing that you *can* suppress the flash on the OneStep2 to avoid that. The "problem" (which is really just a consequence of the price point) is that the lens on the OneStep2 is plastic and simply not sharp wide open. I was trying to catch some highlights (light shining through the trees and picking out some details), and that's what failed - predictably so. I should have known ... I do like the results I posted, though - the upper image was made with fill flash (somewhat unintentionally), but the leaves in the second shot are quite as sharp as the ones in the images with flash. It's an aperture thing if you ask me - and that's what's to be expected. It's just a fact that the OneStep2's lens is soft wide open, and the film doesn't cope well with deep shadows. The Fujifilm Instax Wide film is better in the shadows, but blows out more easily ... I guess that with the "consumer" level films, you just can't have it all ...

I have the OneStep 2 as well, and I have to say, the results of the first film pack I have got leave me not wanting to spend the money on a second film pack. Several of the frames were defective, with lines and blotches through the emulsion, and the exposure and color leave a lot to be desired. I may try the B&W film, but I'm tempted to get rid of this camera. Side-by-side results from my wife's Instax Neo 90 show how much better Instax film is than this current "new" Polaroid stuff - I think the sweet spot might be an Instax Wide or the in-between Square format. Even though Instax is far from a great emulsion, it's certainly better.

From recent experience, I have to sort of agree as far as the reliability of the colour film is concerned - I've had two awful packs lately; from what you say, one might begin to suspect that there's kind of a trend going on, and that's worrying, to say the least. That said, I do quite like the b&w results I'm getting, and I did get much nice(r) colour results in the beginning, or I wouldn't have promoted the camera/film combo at all (I do own a Instax Wide camera in the InstaKon RF70 ... a much more interesting camera that performs better when handled right, but it's very expensive for what it is!). Sadly, at the moment, I have no time to look into this - maybe I made a mistake in storing the film the wrong way, I can't say for sure.

I thought that as well - the color film says to keep in in the fridge, so there's no telling how it was stored prior to making its way to me, nor for how long.