Fuji Recent Thoughts on the XE3

When I had one I used the add on grip with the 56. Felt great.

No problem with the 16mm at all.

Don't have one of these primes, but do have the 18-55. It's lighter but about the same size. I have the Gariz half case and a homemade paracord* wrist strap. The grip and strap make it very secure in the hand. It's OK, but pushing where I personally want to be with this system.

I really like our X-E3 especially with the Zeiss Touit 32mm on it. Also works well with some of the 7a lenses too. Very light and small. A great image making tool.
. . . David

Yes, the 24mp sensor has really brought that body to life. I will probably also pick one up, but only when price softens a bit, currently it's $1,200 Canadian

^ That's the bundle I bought mine with. 23 f2, and it came with a fliter kit including a circ polarizer, which is niiiice.

As for handling with the 56 on it, I think it is a little front-heavy, but I also think I'm just not prone to be annoyed by that on cameras too much. That is, as many times as I've seen people complain about it, I don't think I've ever really been annoyed using a smaller body with a bigger lens. I hold that combo by the lens as much as I do the body.

Not as long as you support it by the left hand under the lens. One hand shooting does become tricky.

Bobby Tingle said:
You guys are gonna have my other X-T2 go up for sale

$599 is a good price. It’s not a perfect camera but it does get the job done.

Bobby Tingle said:
You guys are gonna have my other X-T2 go up for sale

As a matter of fact, I use the X100F so much, this just sits. Interested? Shoot me a PM. 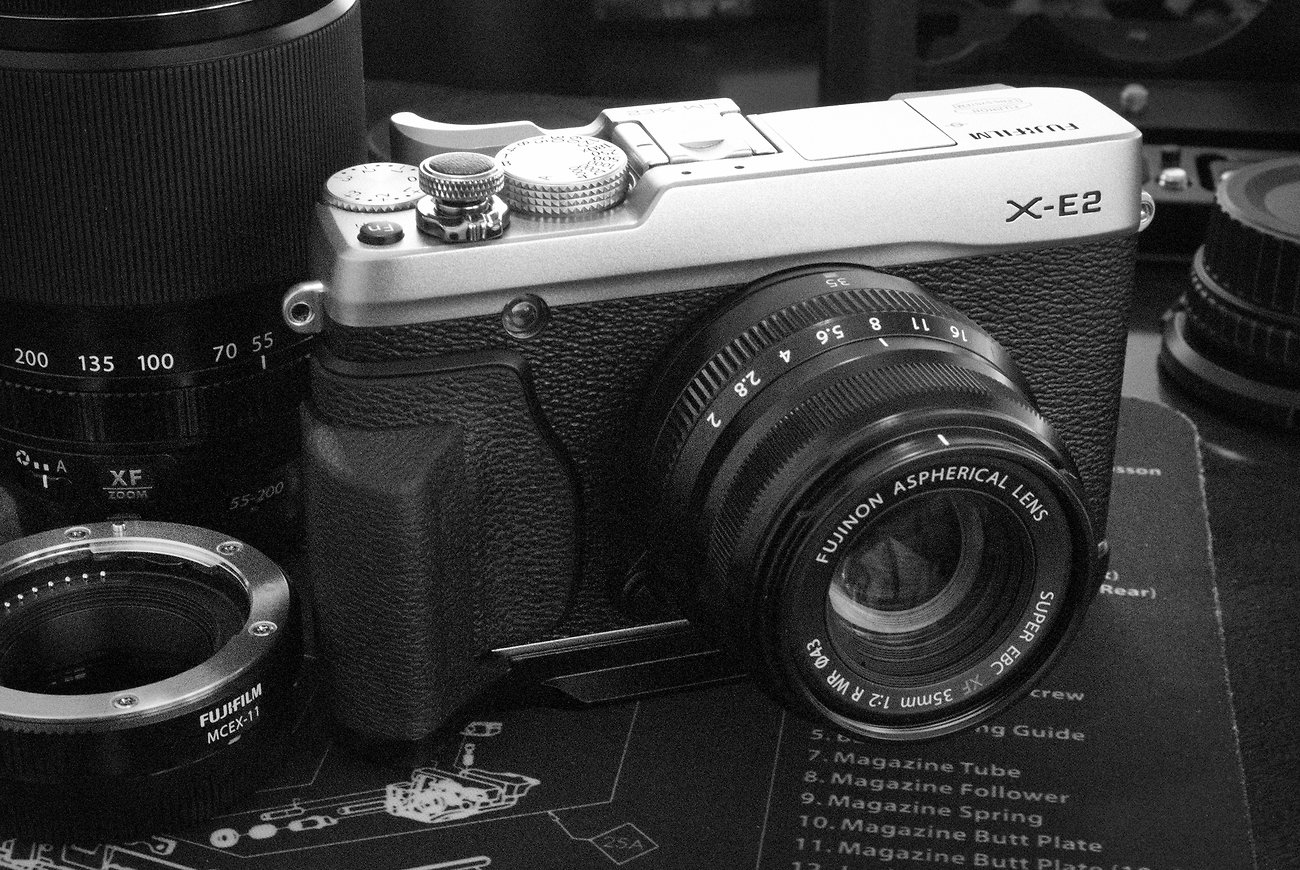 @SRHEdD I appreciate the offer. We have a X-E2 now. The E3 interest me because it has the faster AF, iso performance, and joystick like the Pro2.

@Biro its like you're reading my mind here. I was already considering a couple of fujicrons for the weather sealing.


If it says anything about the popularity of the X-E3. I went to the local camera store yesterday to grab a Pro2 since the one from B&H turned out to be bad. So, I took my lenses and was going to try out an E3 in hand. And most likely buy it. But they were completely out. Even sold their demo camera.

My X-E3 arrived today. Since the fedex guy who had it on the truck for delivery yesterday and was in my neighborhood decided I didn't need it till today.

Quick thoughts after shooting with it a bit. So far I really like it. As much as I thought I would hate it, so for I'm kinda liking the touch screen. Although, I try to hit the D pad on it constantly from muscle memory.

I noticed in the AF menu, that the E3 has the setting to remember separate AF settings for landscape and portrait orientation like the X-T2/3. I really wish Fuji would have added this to the Pro2 in a firmware update.

I love the layout of the controls. My score is 99 out of 100. Only because I wish the play button to view photos was in the same spot as on the Pro2. That is a personal thing though, not a design flaw.

The body is really small. So small that if I hold it one handed for long, it starts to fatigue my fingers. A grip will fix that. And if I hold it by the lens like I should be, there is no issue. But I seem to want to shoot one handed with the X-E3. Probably due to the small size of the body. The larger lenses, like the 16mm 1.4, are not awkward if you support the lens with the left hand.

I noticed when shooting jpgs, the auto white balance was really hitting a magenta cast. But that was easy enough to correct in the AWB menu adjusting the color. As usual for Fuji, the out of camera jpgs look fantastic. It's on me if the photo is bad.

It fits perfectly in a Think Tank Mirrorless mover with either the 16 1.4 or 35 1.4 attached and the other lens on the other side of the divider.

If this thing was weather sealed, it would quite possibly put a large dent in X-Pro2 and future Xpro model sales. 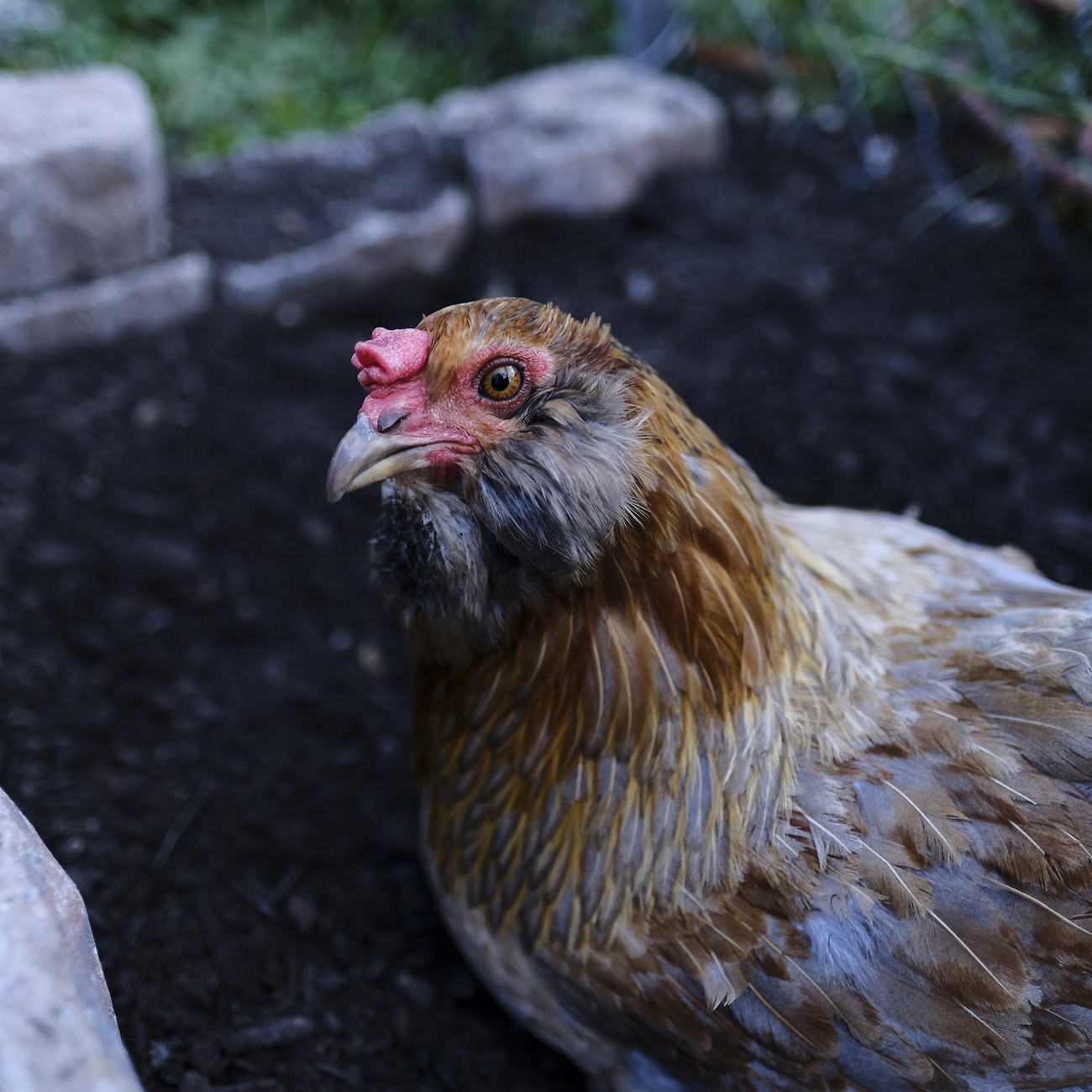 KillRamsey said:
"Yep" to all of that.
Click to expand...

Yeppers to your "Yep"

As an addendum. It occurred to me that the reason the auto white balance was out of wack was to to someone having messed with it.

Bobby Tingle said:
......The body is really small. So small that if I hold it one handed for long, it starts to fatigue my fingers. A grip will fix that. And if I hold it by the lens like I should be, there is no issue. But I seem to want to shoot one handed with the X-E3. Probably due to the small size of the body. The larger lenses, like the 16mm 1.4, are not awkward if you support the lens with the left hand......
Click to expand...

I use the Gariz grip and a custom paracord wrist strap. The combination makes it so I can hold the camera securely with just my finder tips.

Here's a few pics. I make the straps long enough to wrap it around my hand or a few fingers so I have enough length to reach into a pocket without taking the strap off.