My Panasonic S1 is not attracting any buyers so my backup plan is to keep it and buy new adapters for it. Getting the necessary motivation to do so, my question would be: what lenses could justify this expense?

I originally bought the S1 for Leica and Nikkor lenses but I found it's in part more fun to shoot the natively even if it's more difficult or whatever.

Recommend and possibly link here some lenses you'd perhaps get if you were in my shoes.

Good deals tend to be with mis described items, or bundles where the lenses have not been specifically listed.
There are very few photographic lenses that can't be adapted to typical mirrorless systems, with an S1 you probably want to avoid lenses designed for smaller formats (even though some of these will work well). I use around 15 different SLR/Rangefinder mounts on my A7ii and any of those should be OK for the S1 as well.
If your willing to put in a little more effort in adapting enlarger lenses & projector lenses can be fun - the enlarger ones tend to be particularly good for close-up/macro, while projectors have no aperture, but can be very fast for the money... (My 50mm/1.2 only cost £16 but it doesn't cover FF, starting to show vignetting on APSC)
For extreme macro microscope objectives can work really well but they don't work well for routine shooting.

In general for legacy lenses I'd stick to primes (& avoid ultra wides), a good many of these can hold there own against modern lenses.

More fun to be had from primes. Off the top of my head:

Pretty much all lenses from 50mm to 200mm

Point being, whilst you'll be already covered in most of the above focal lengths, the above primes will still give you something different and worthwhile.

A very dangerous place to be as this is merely the tip of the iceberg. I haven't mentioned the Nikkors which you already have, nor the Minoltas or Konica/ Minoltas/ Helios, it's never ending. Then there's Contax...and so on. Whatever you pay for the lenses will generally represent value but I always accept that whatever I've paid, there will always be 20 people that paid a fraction of what I did for the same lens; doesn't matter (the game is the game ).

The 28mm f3.5 is quite sharp as well. Possibly my favorite Konica AR lens I tried. Also... square hood!
M 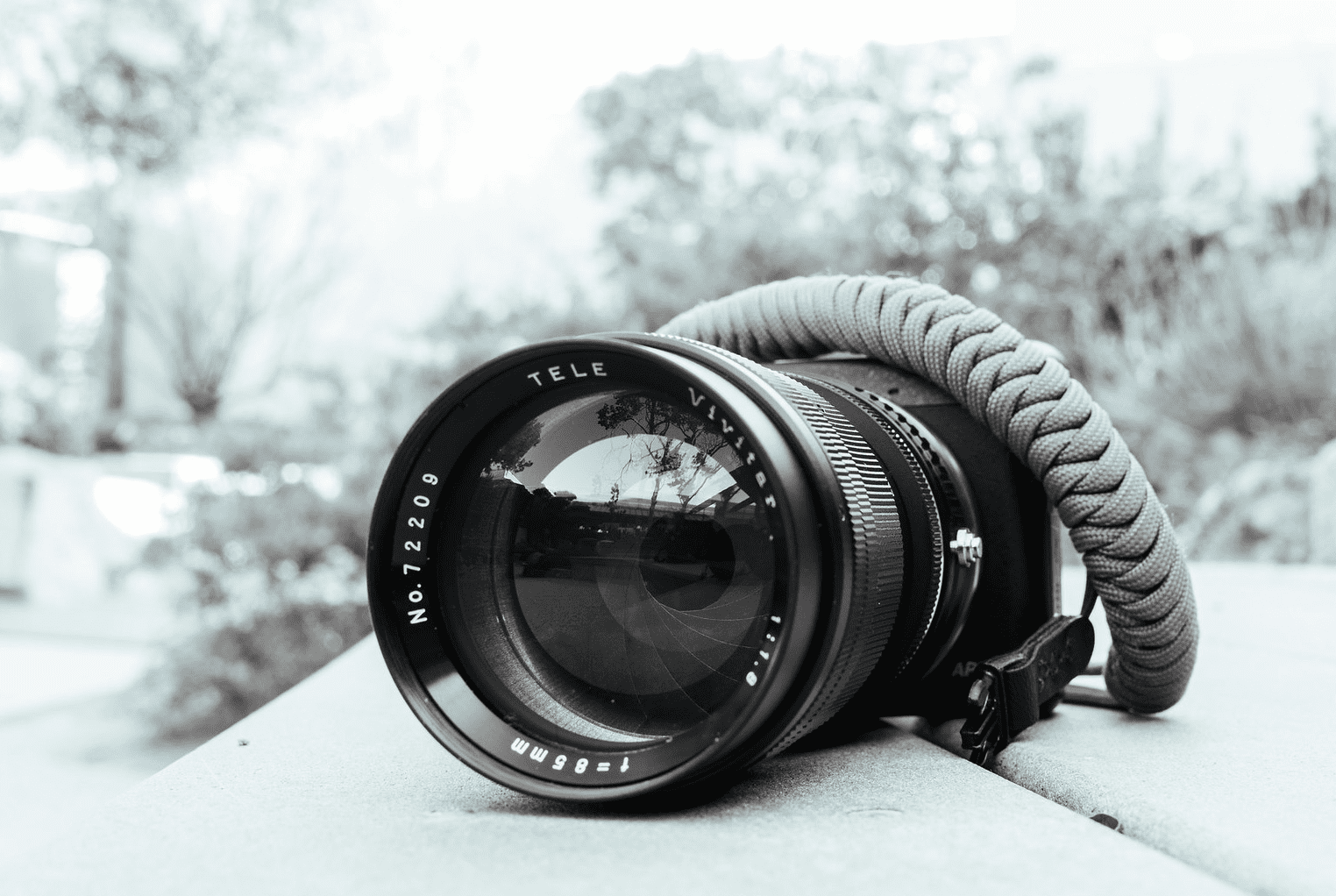 Takumar 55mm 1.8. Buttery smooth focus and mechanics. Soft and lo-fi wide open and decently sharp stopped down. I loved that thing on mFT.

Or the F2 version, even cheaper but the same bokeh which is as smooth as I've ever seen.
A

500/8 mirror/reflex. With my Olympus, it is now a stabilized lens
As long as you are not tracking a fast moving subject, the manual focus works just fine.

This lens has such a short focus throw. Mighty difficult one to shoot at normal distances.
A

mike3996 said:
This lens has such a short focus throw. Mighty difficult one to shoot at normal distances.
Click to expand...

I believe all vintage lenses have their place in the rotation of experimentation. I played extensively in the Nikon pool of AI/AI-S and pre-AI manual focus lenses.

I won't say that some are "better" than others...as each has their own charm and allure.

Best I can do is share my reviews that I did on those adapted lenses and hope you get something of use from them. 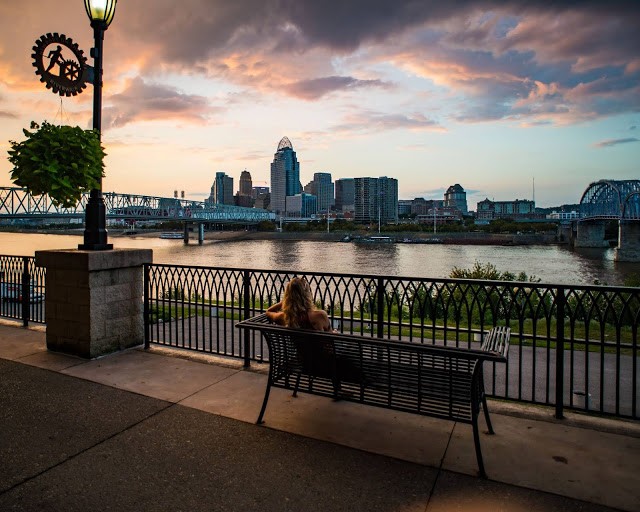 BackgroundNot only do we want to look at lenses for use on the newly released Nikon Z series mirrorless cameras, but we can also use these vintage AIS lenses on the Nikon Df. There are also some m… 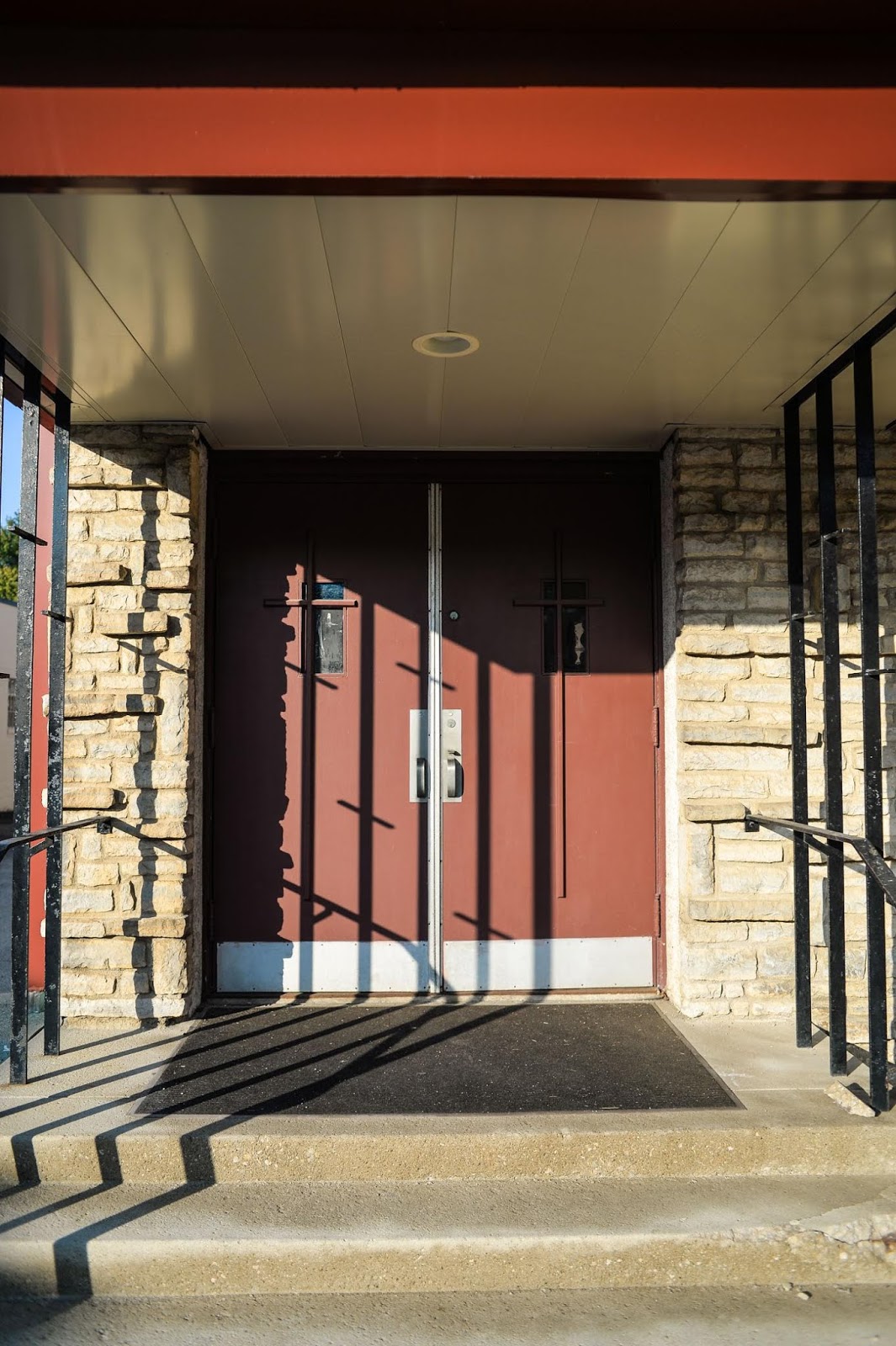 image © NikonUSABackgroundNot only do we want to look at lenses for use on the newly released Nikon Z series mirrorless cameras, but we can also use these vintage AIS lenses on the Nikon Df. There… 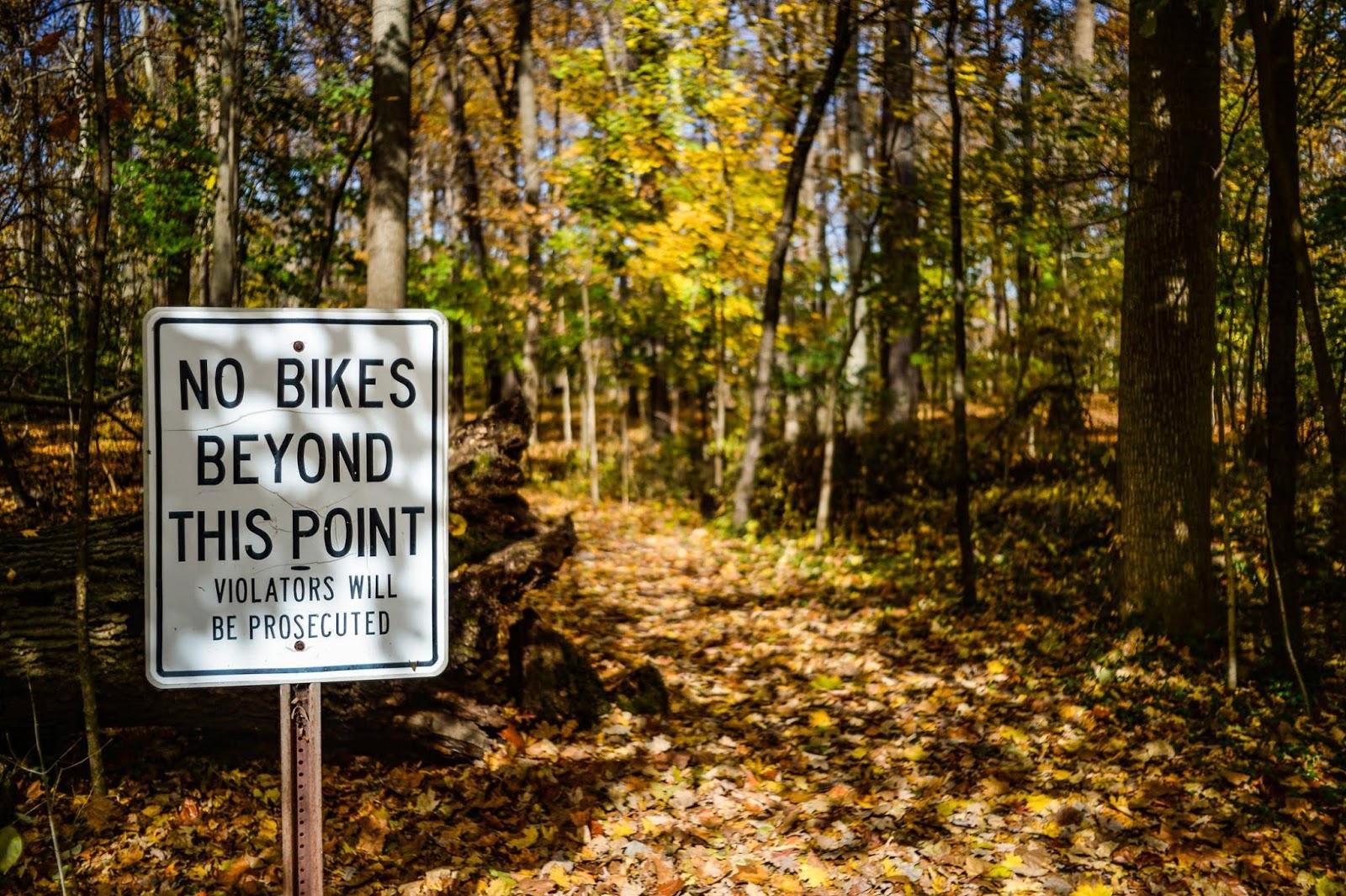 BackgroundMore manual focus lens fun! Yes, the Nikon 35mm f/2.8 Nikkor-S Auto lens is next up on out list of legacy lenses to review!Online reviews state that there are a lot of Nikon 35mm lenses … BackgroundA very capable and sharp near 1:1 macro lens, this sharp wide open gem is inexpensive and another great legacy lens. Read on to see our impression of this pre AI lens.Handling/Size/Weigh… well used and worn with some scratches on the front lens element Background More manual focus lens fun! Nikon’s very small 85mm f/2 AIS lens is next up on out list of legacy lenses to r… 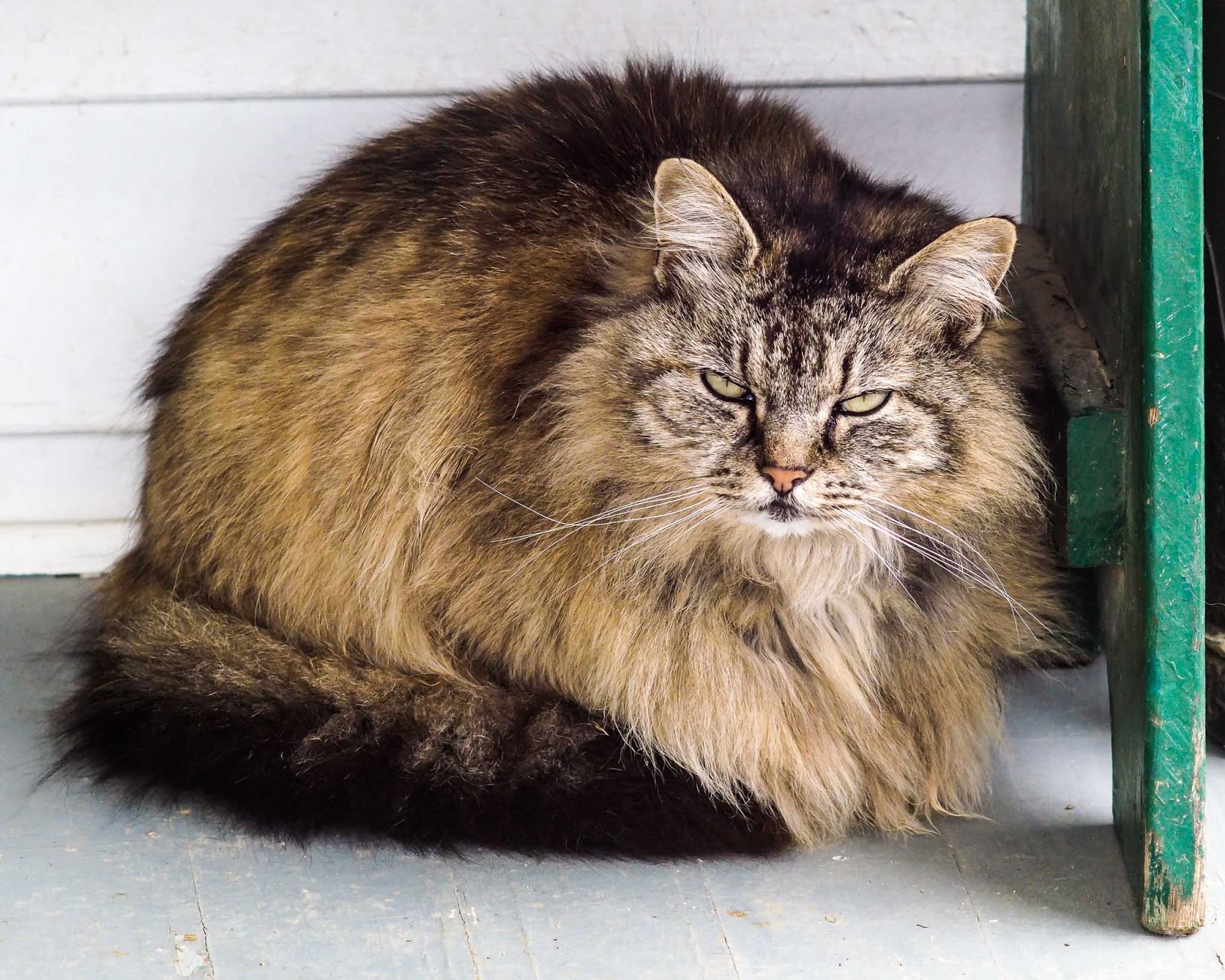 BackgroundConsidered by most Nikon lens aficionados as one of the must have manual focus lenses, I took the leap and snagged this lens up from a local camera store.1/400, f/4, ISO 200 – PEN-F… 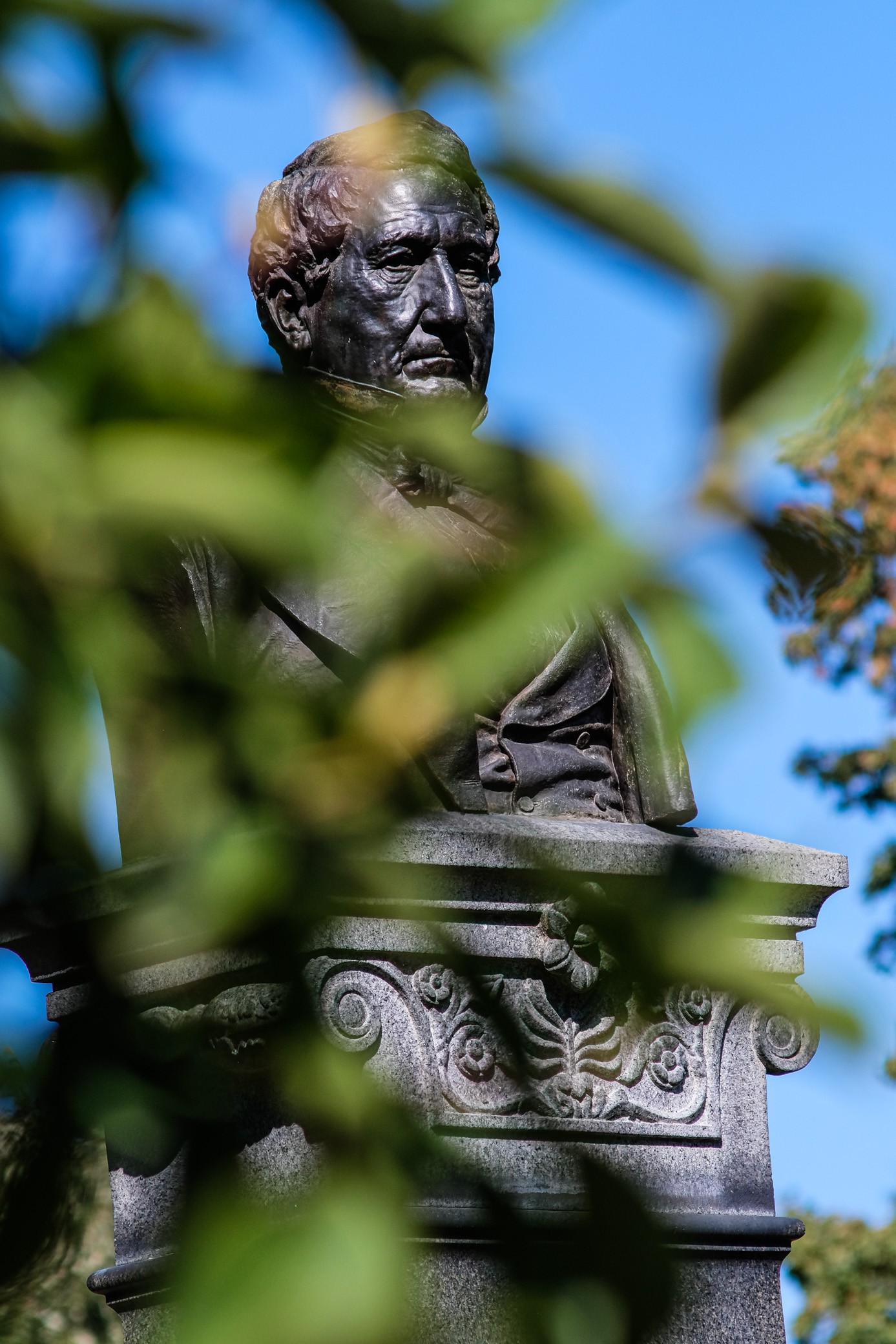 Background More manual focus lens fun, this time a telephoto! Yes, the Nikon 135mm f/2.8 AI Series-E lens is next up on out list of legacy lenses to review! We’ve reviewed 2 other 135mm lens… 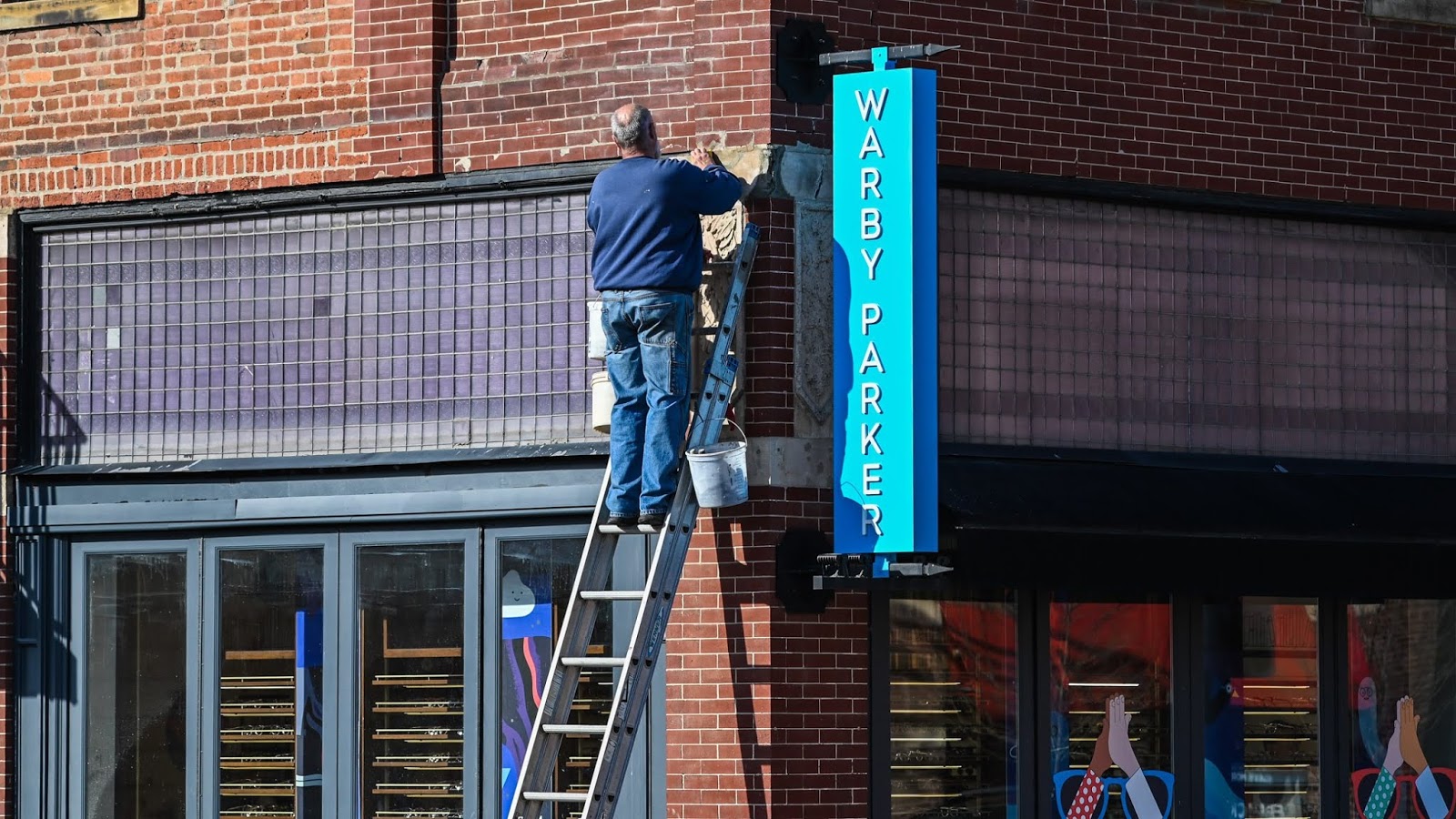 BackgroundMore manual focus lens fun, this time a longer telephoto! Yes, the Nikon 135mm f/3.5 AIS lens is next up on out list of legacy lenses to review!Previously, we owned and reviewed the Niko… Image © KEH.comBackgroundThe deluge of manual focus lenses continues! This time with the Nikon 135mm f/3.5 Q. Another pickup of the older legacy lenses. It is generally well regarded in its capa… Image © KEH.comBackgroundI’ve only heard great things about this Nikon 180mm f/2.8 ED AIS lens. One might say it has legendary status. When I saw one for sale at a local shop for not a lot … 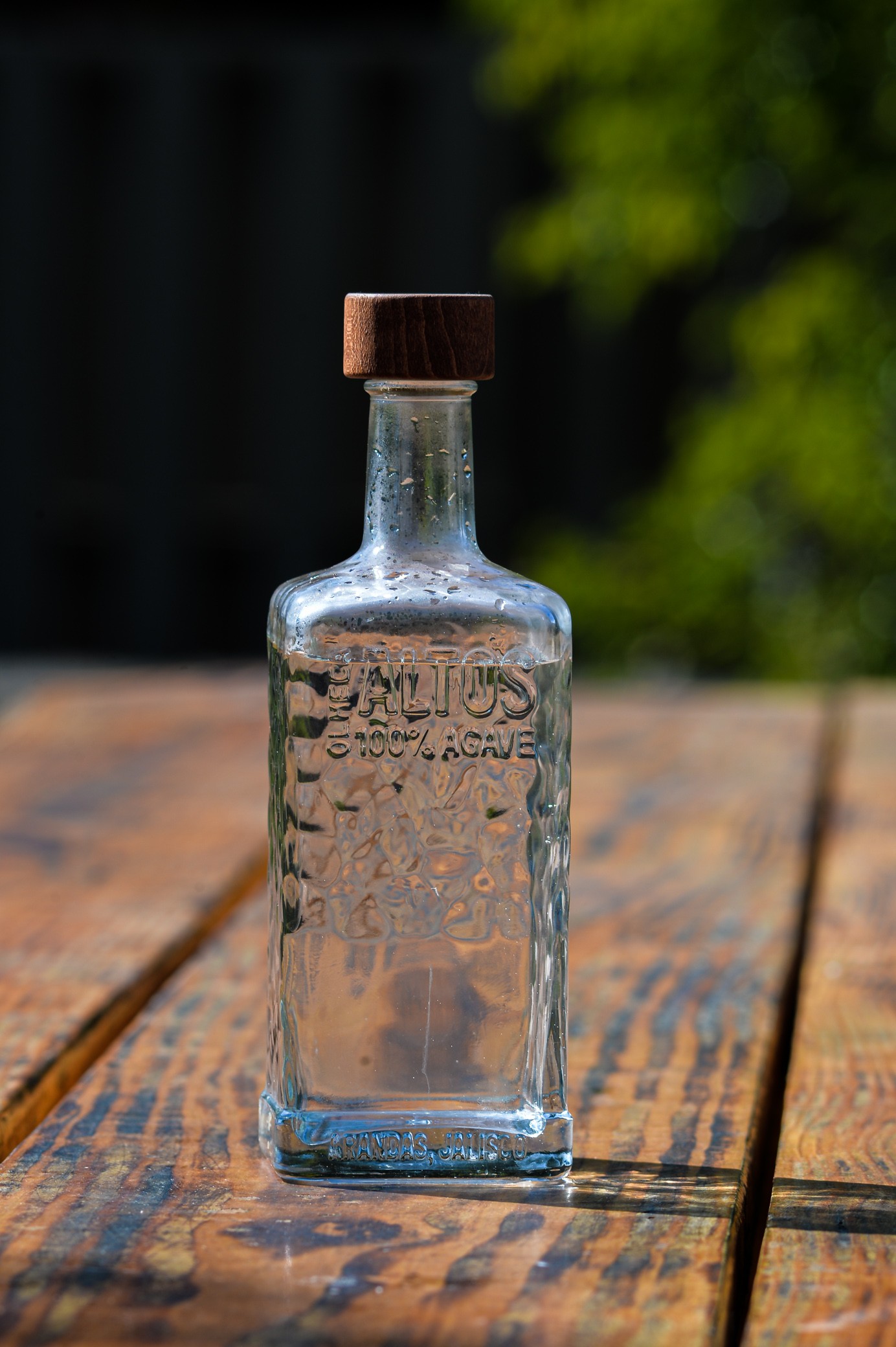 I’m always looking out for good deals and I stumbled across this decent condition 200mm f/4. AS we do, we will run it through the paces and see how it performs! Let’s start on that jour… 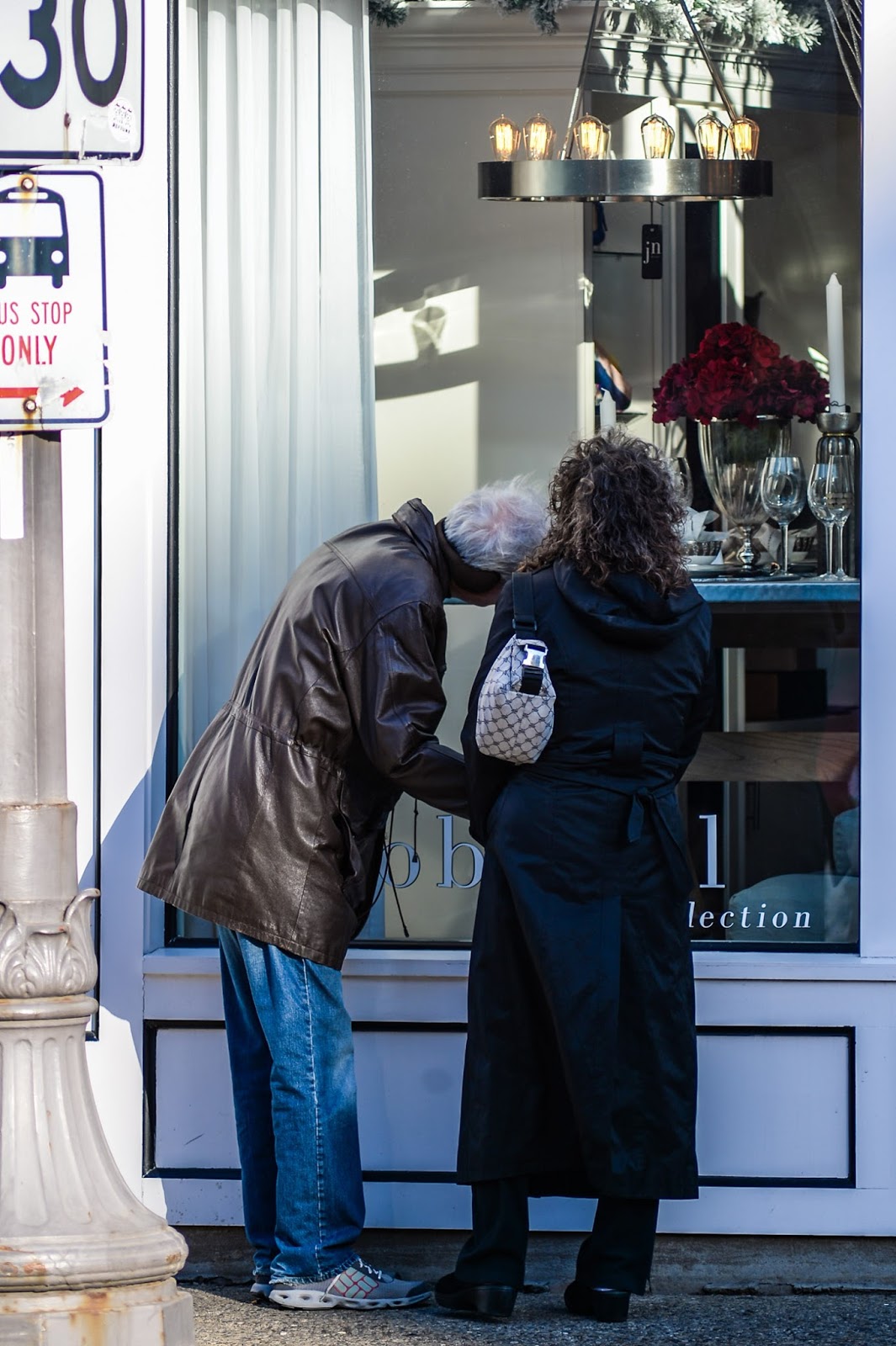 Image © KEH.comBackgroundAnother lens picked up for a little bit of nothing. I figure, why not check it out. For the price let’s see what this very light 200mm f/4 lens can do.Handling/Siz… 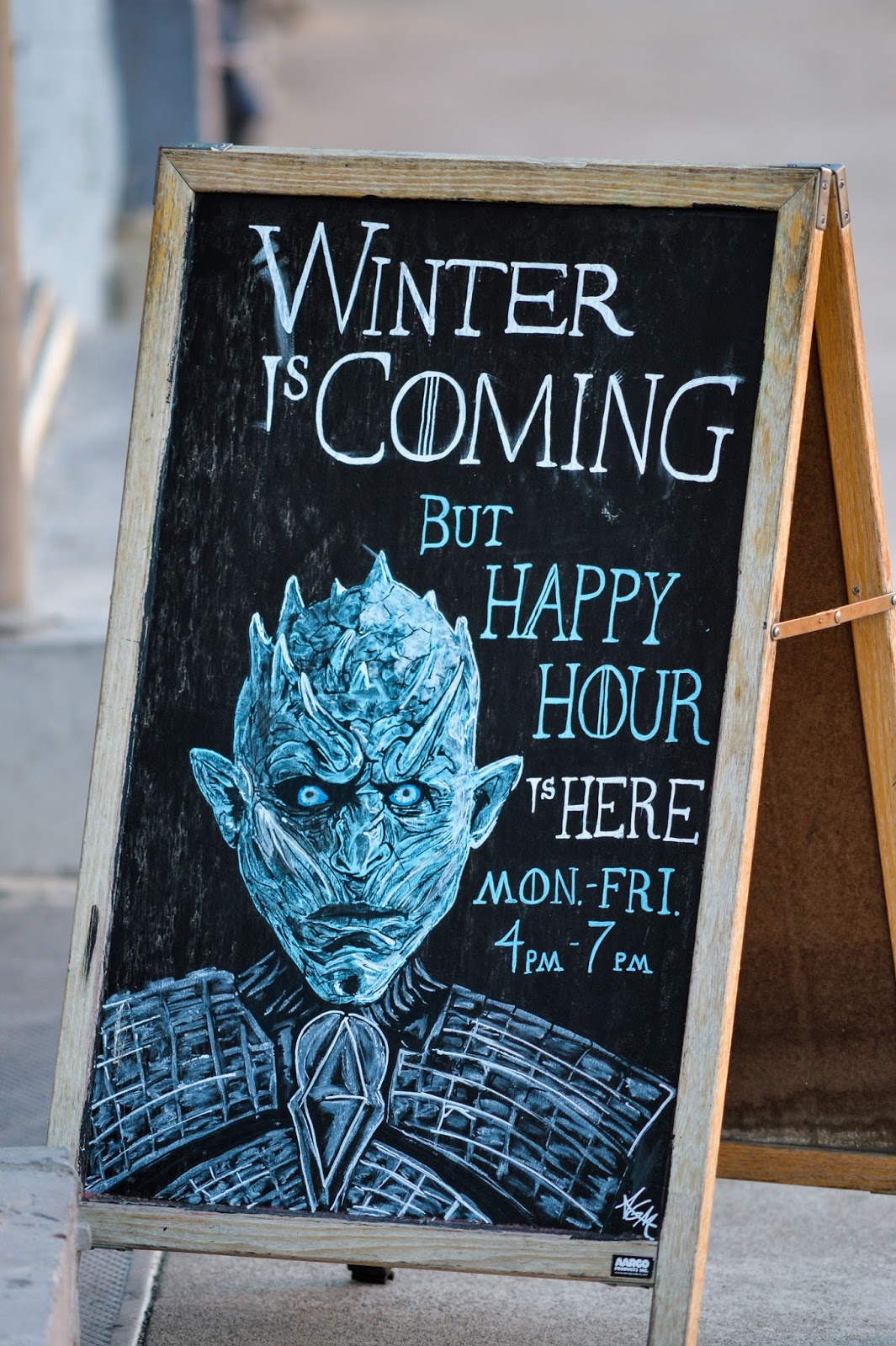 BackgroundI already have a great 300mm f/4 lens, so why did I get this one? Good question readers! The newest Nikon 300mm f/4E PF lens is a fantastic creation. Much sharper than I could imagine,…