I am genuinely shocked and saddened by today's news that we have lost Sir Terry Pratchett. He died at the age of 66, losing the battle against Altzheimer's disease; something he described when first diagnosed as "an embuggerance".

I bought my first Discworld book the year it was first published, and have relished every one since. His wicked sense of humour and cast of grotesques, warewolves, vampires, trolls, wizards, witches, conmen, patricians and ingenues have made me laugh for decades.

The irony of being claimed by Death - one of his most popular characters - will not have been lost on Sir Terry. In fact, in his own words:

very well said and quoted, and I fully concur. Terry Pratchett is my favourite author (note the tense - I mean it).

Though unsurprising, this comes unexpected and truely saddens me.

Only knowing Terry's own wish to die soon enough (before his numerous diseases got entirely on top of him) provides a bit of comfort.

the only quote I can remember which is very apt for me & a few others here - "inside every older person is a younger one wondering what happened."

As the big guy himself said of death in 'Reaper Man': “No one is actually dead until the ripples they cause in the world die away...”

A terrible loss. I'm currently reading the Long Earth series which is a collaboration with Stephen Baxter.

He tweeted his own obit... though it was actually pushed out by his friend Rob Wilkins.
https://twitter.com/terryandrob

I looked on my shelf. All the Discworld books. The first, The Colour of Magic, I bought in 1986. I was 24. That's over half my life spent with the wit and wisdom of Sir Terry. Vimes has long been my favourite character so I took down Guards! Guards! and started to read. It took all of 30 seconds for the first smile.

He was an amazing author. Under appreciated IMHO.
RIP
I

Terry was an amazing, witty writer.

“‘I meant,’ said Ipslore bitterly, ‘What is there in this world that truly makes living worthwhile?” Death thought about it. Cats, he said eventually. Cats are nice.” – Sourcery

"...Pratchett died peacefully at home surrounded by his family with his cat sleeping on his bed, a statement from his publisher confirmed this afternoon."

His family and his cat, that is nice.

May his stories continue on the other side while we reminiscence on the ones he left behind. He won't be forgotten so soon.. he's left a lot of ripples...

MoonMind said:
very well said and quoted, and I fully concur. Terry Pratchett is my favourite author (note the tense - I mean it).

Though unsurprising, this comes unexpected and truely saddens me.

Only knowing Terry's own wish to die soon enough (before his numerous diseases got entirely on top of him) provides a bit of comfort.
Click to expand...

Equally very well said, and I can't find other words...

The only book-signing we ever went to was for Terry Pratchett at London's Forbidden Planet store in 2007. I'm glad we went, even though we were in queue for about four hours.
He touched a lot of people with the wisdom and humanity of his stories. 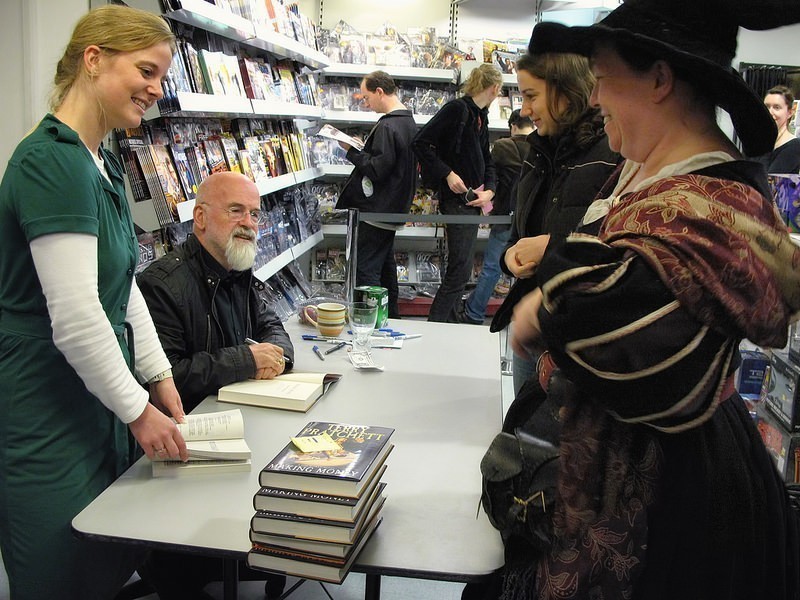 In memoriam Terry Pratchett by tilman paulin, on Flickr 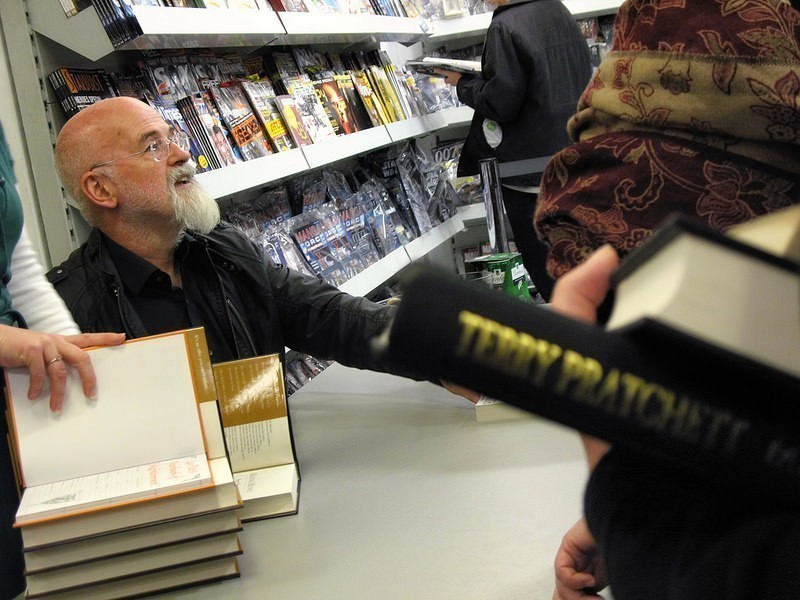 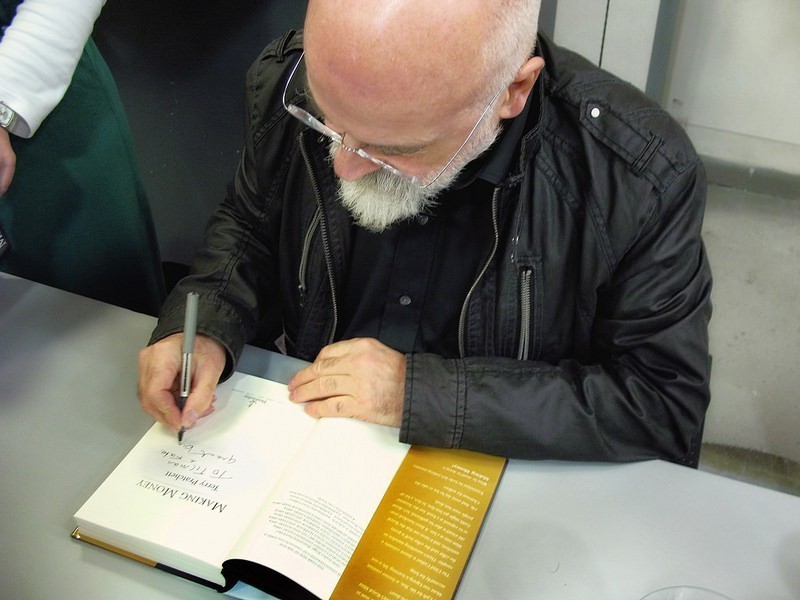 I could be looking seriously at the wares of a bookstore and I would always feel myself smiling when I saw a book by Terry Pratchett. He brought me much joy and laughter.

Good words, Bill - thanks for them, and for publicly honoring the author, among so many other of my favorite books, of 'Wee Free Men', Terry Pratchett's insanely funny, brilliant and twisted Discworld 'take' on pugnacious semi-berserk Leprechauns. What a great author he was. The good news is that though he may no longer be penning new stories, his work is wonderful to reread (and also to 'relisten to', for those fellow addicts of recorded books).

R.I.P. Sir Terry Pratchett - and may your words live and resonate forever.