Periodically, I have this conversation with the Better Half.

BH: There's a beautiful moon out tonight, could you get a picture of it?

Me: What do you think?

BH: It looks like something NASA would take. I want a romantic moon.

Below, some double exposure attempts with the OMD EM5 II. (The moon was in a different part of the sky) 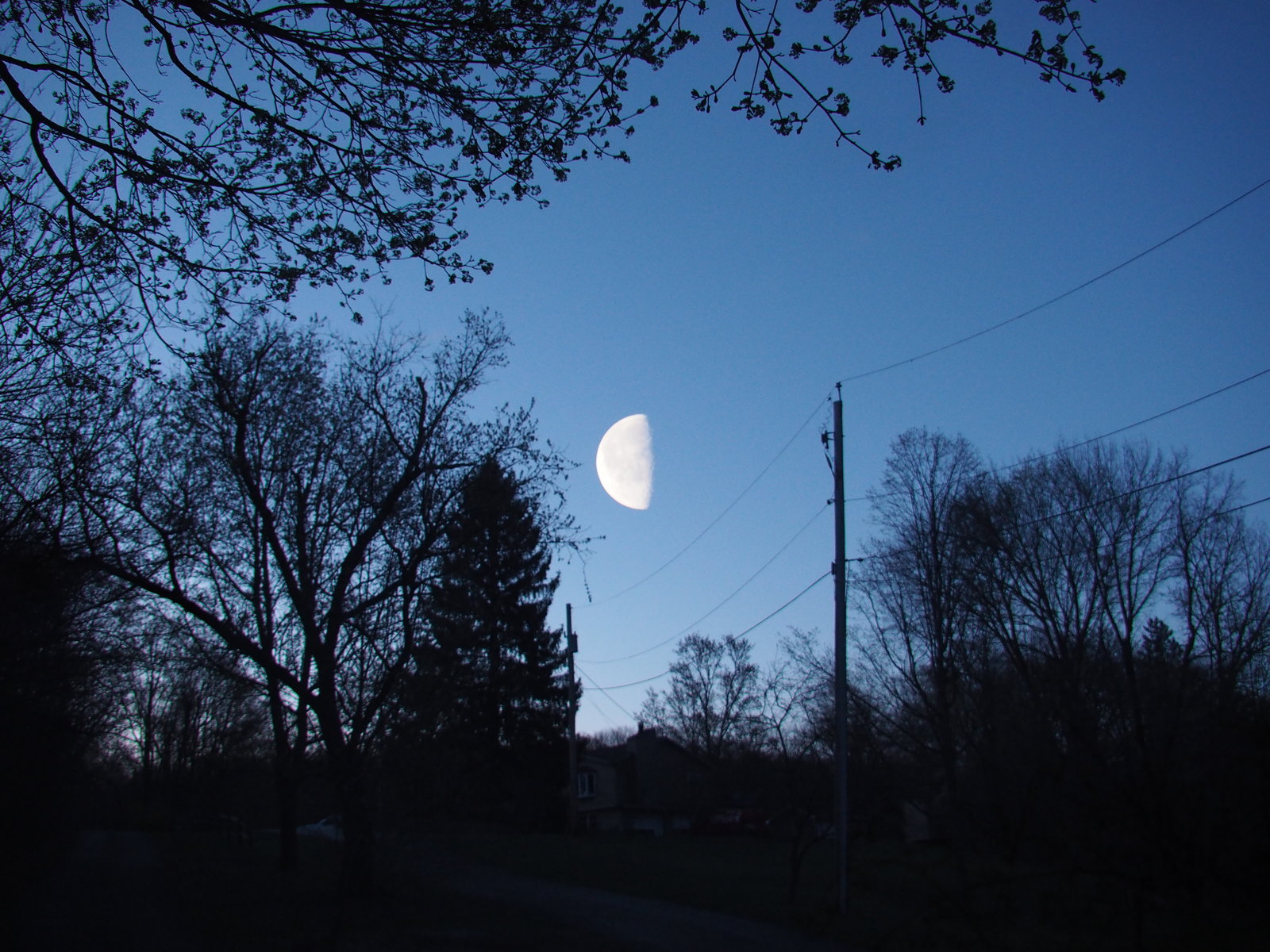 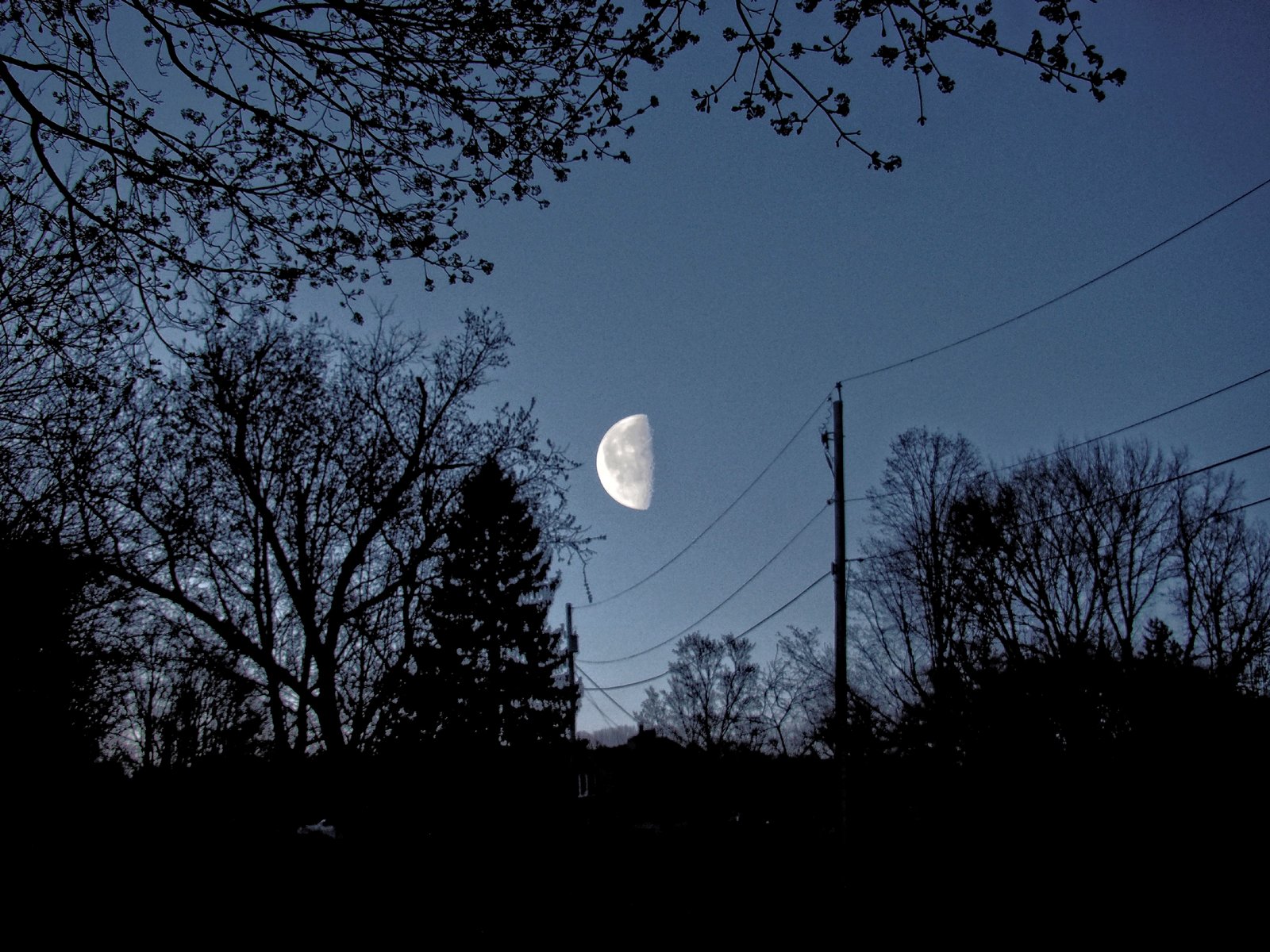 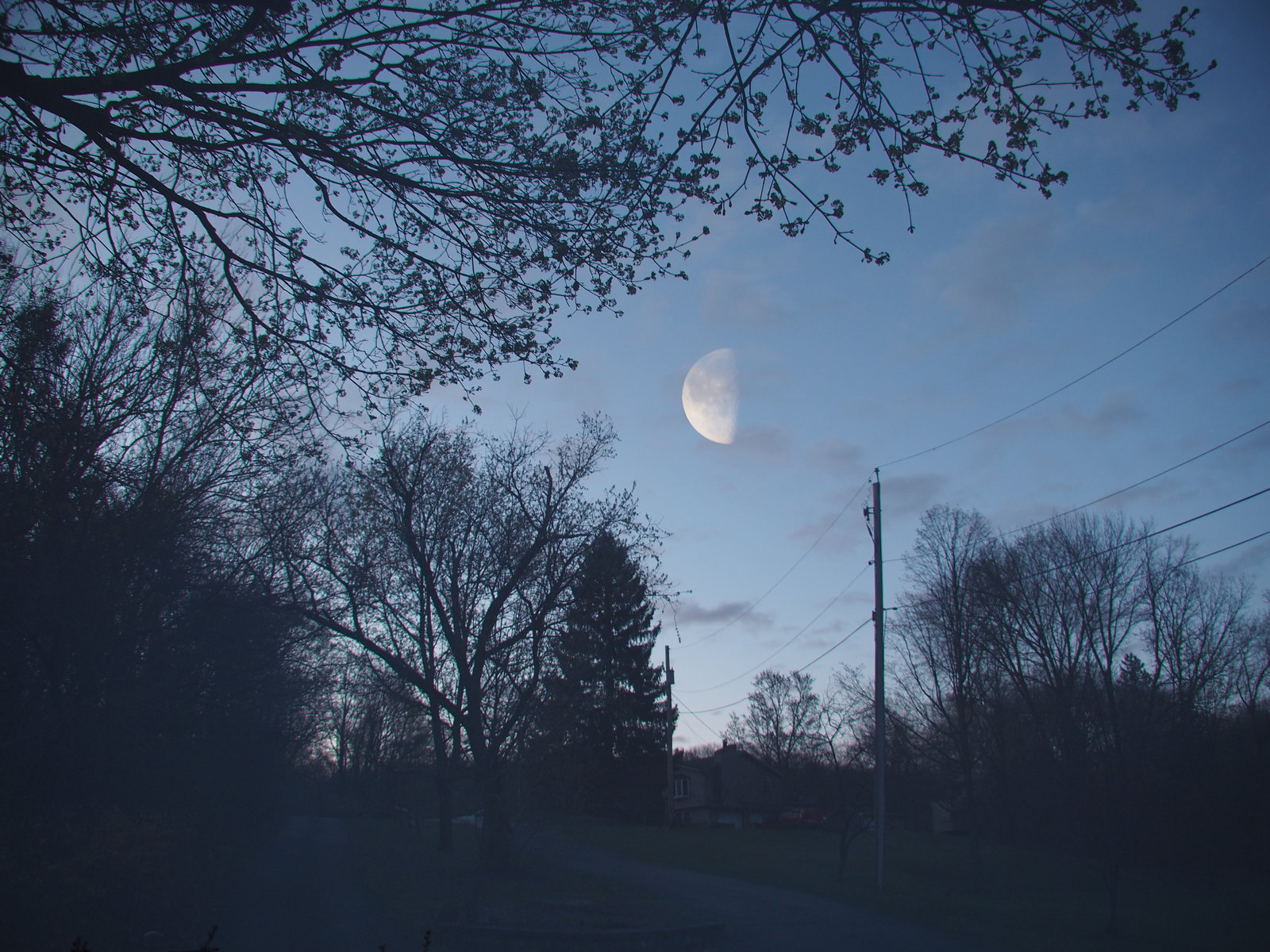 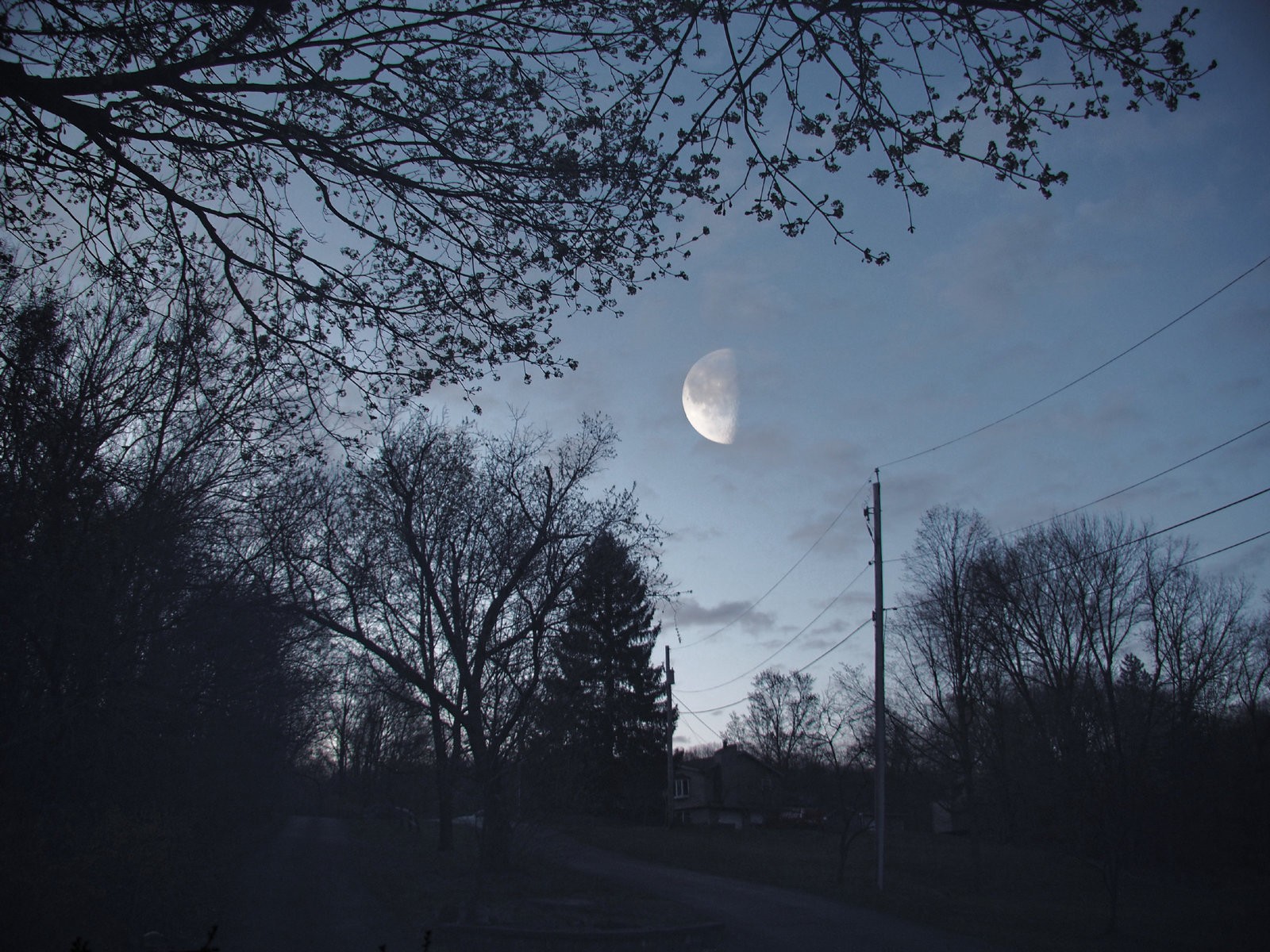 Were you going for "sleepy hollow"...?