Sent from my iPad using SeriousCompacts

If it's not considerably larger than the Sony, and has weather sealing and a tilting or rotating screen, this might replace the Sony rx10's superzoom slot on my "if only I had the money" list.

I've been a closet Panasonic f*nboy for a while... at least as far back as the LX3 in cameras and for decades in TVs. If this and the LX8 turn out to be as rumored, there's a chance I could have an all-Panasonic kit before long.

This is now a real live camera: http://www.dpreview.com/previews/panasonic-lumix-dmc-fz1000

bartjeej said:
If it's not considerably larger than the Sony, and has weather sealing and a tilting or rotating screen, this might replace the Sony rx10's superzoom slot on my "if only I had the money" list.
Click to expand...

I've got an RX10. I just read the preview and looked at the specs. It IS larger...quite a bit actually, but not much heavier. No weather sealing (bummer) but does have the tilt screen. So you get 2/3. Here is what I posted over on DPR in the Sony forum:

In favor of the RX10

Constant f/2.8 aperture...I can't overlook this
The aperture ring...great for photo and video
Audio monitoring which is lacking on the FZ1000
A cleaner and smaller overall design/form factor. Easier to carry IMO
Some decent weather sealing against the elements...although not as rugged as an OM-D EM-5
The manual exposure comp dial (very valuable to me, can't live without it on cameras anymore!)
I like the Sony implementation of the new hotshoe with the mic's that can be attached without needing a cord...nice touch.
Overall, they are both just great looking and fully featured cameras. This will only help Sony push the RX10 mII even further when they are ready. For the price, if they were both available when I bought the RX10, I may have been swayed by the large price difference in the end. A $400 savings is nothing to sneeze at. Now, let's see if the rumored Fuji 1" super zoom comes out to compete as well...an XS1 replacement and it was sealed as well.

The other thing this tells me is that the rumors of a 1" LX8 (or whatever name) to compete with the RX100 is almost certainly true now. That, plus the rumored Fuji X30 (1") and the compact wars are back on! This is an exciting time for those of us who value compact and quality cameras!
K

Definite consideration in spite of the weight which is nearly as much as my K-5 + lens.

Based on my wonderful experience with the FZ150 and FZ200, you betcha!

I don't have any personal interest in this camera, but I LOVE what it portends for the LX8.... And for this kind of thing, I'm not sure if I'd rather have f2.8 through 200mm or the extra range with all of it slower except at the widest angle. For how I shoot, the RX10 would probably still be a better option. But that's all academic anyway...

Roundup from all over... Some interesting videos.

Some pics from Focus Numérique: 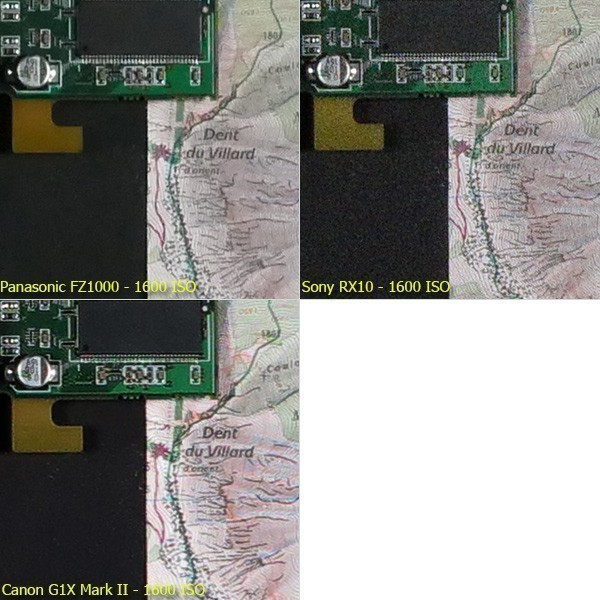 There have been numerous rumours flying about relating to the LX8 having a 1" sensor, built in EVF and tiltable screen so that could compete favourably with the Sony's and others especially if it retains the superb Leica lens.

Iansky said:
There have been numerous rumours flying about relating to the LX8 having a 1" sensor, built in EVF and tiltable screen so that could compete favourably with the Sony's and others especially if it retains the superb Leica lens.
Click to expand...

The rumors also indicate the LX8 will be only 3 percent larger than the LX7 - for all purposes, essentially the same size.