A press release from Panasonic indicates they are going to concentrate video over still cameras going forward. So, looks like no new G9ii

That's been my evolution as well so I'm not all that surprised.

I suspect that folks that shoot stills exclusively will become a niche, much like shooting film exclusively or black & white exclusively.

The article on Pets Pixel relates to Panasonic stopping production of the LX100 series cameras and it appears that the GH series will be still produced - for the moment - but there are plenty more loved cameras out there to be used!

Can you post the link to the press release please?

Here's the article referenced above; sorry, didn't scrutinise (not of enough interest to me personally): 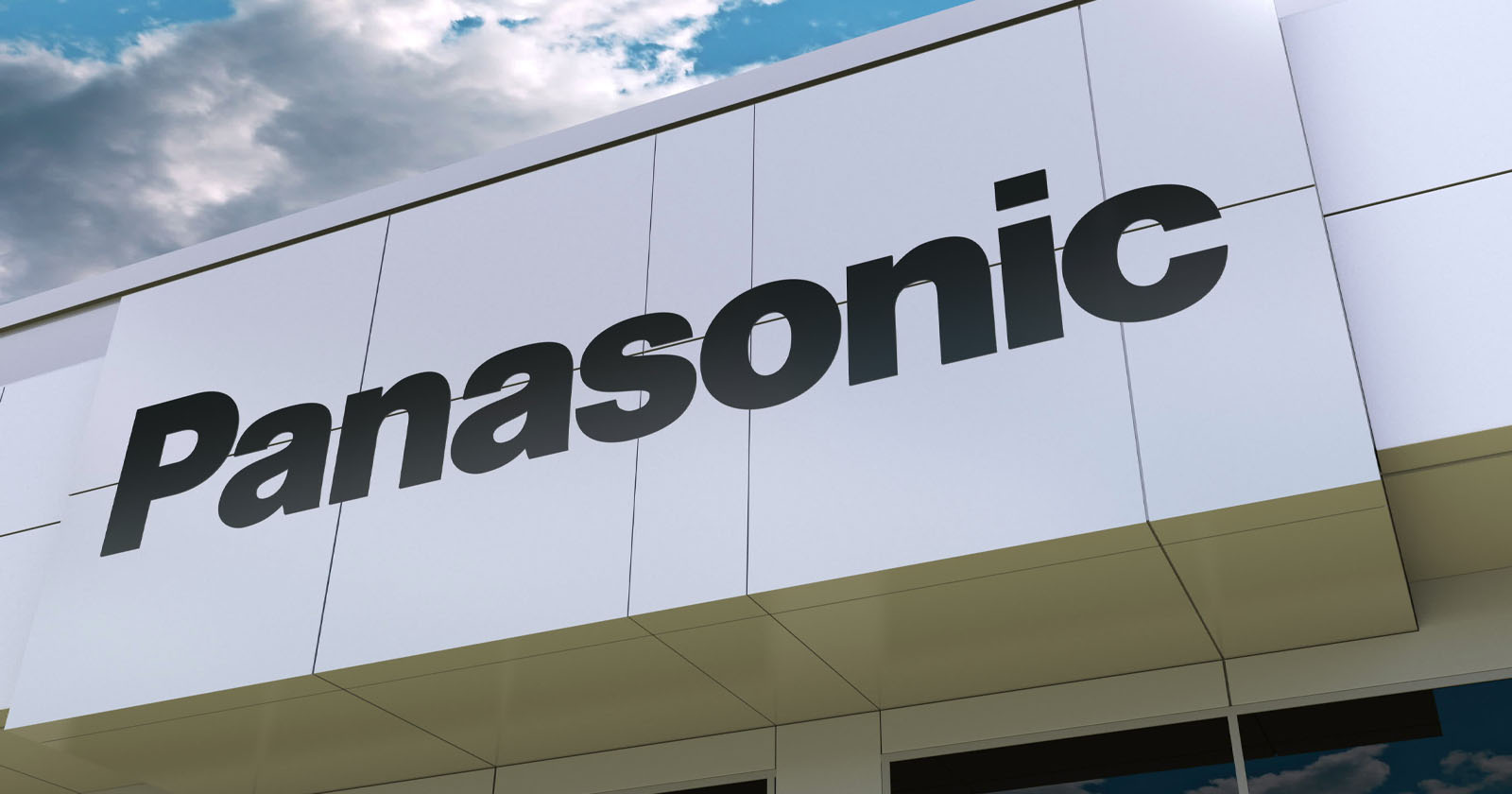 Panasonic to 'Shift' Camera Business to Focus on Mirrorless Video

Panasonic is going to focus on its video cameras.

EDIT: Seems to me they're mainly intending to kill off the "LX" line, but I may be wrong.

I hope that they are not discontinuing the stills market. If they are and if I had to guess, and that is all this is, a guess; there will be 1 more 'advanced stills' release. They are probably far enough along in getting some of the GH6 technology into a stills package that releasing it will be less costly than scraping it. It could be a new G9 or G95 or GH6s (or with Panasonic's naming conventions a G?????). At least that is what I hope.

Truth is it won't make much difference to me. I just bought a G95 that I suspect will last me quite a long time. I am not tempted in the least to bail on Mu43. I have everything I need to do everything I want to do. It would be nice to see the system survive though.
Last edited: Nov 23, 2022

Is it human nature to partake in hyperbolic conjecture based on vague announcements? I call this the “Chicken Little” syndrome!

WRay said:
Is it human nature to partake in hyperbolic conjecture based on vague announcements? I call this the “Chicken Little” syndrome!

Yeah. Kodak and YI haven’t put anything out in years.

Panasonic are moving away from *compact / point and shoot* cameras. The key line from the article is
"Given Toyoshima’s words, it is unlikely that Panasonic will produce any other cameras in the *LX line*. What kinds of video cameras Panasonic will push more into remains to be seen as the company did not provide further specifics."
(My emphasis.)

Also
"Panasonic aims to focus its attention on video cameras, where it has seen significant success in recent years, particularly with the GH series of cameras — most recently the GH6 which, while advertised as a stills cameras is more widely appreciated for its video capabilities."

Last time I looked, the GH6 was a MU43 camera. Panasonic would be 50 shades of stupid to throw away the MU43 format given the current established user base not to mention the so-big-I-can't-keep-track-of-it range of MU43 lenses available.

My only gripe about my Olympus OM-D EM5iii is the max video resolution of 4K 30fps. Bumping that up and adding a headphone jack would have made it a better outdoor all rounder. Ditto the OM5. Personally, a video camera that takes great stills is OK by me.

WRay said:
Is it human nature to partake in hyperbolic conjecture based on vague announcements? I call this the “Chicken Little” syndrome!

It was the same thing for the last several nights in the Olympus OM-1 sale threads. People were warning those with interest that the low price on Amazon meant a grey market or fulfillment through vendors with bad reputations. I bought one of the OM-1s for $1791 with free shipping. It arrived in a sealed box from Amazon in two days, it was registered by OM Solutions as a USA model, and there were those who were concerned over the conjecture. Beats the hell out of me why this occurs--you call it "chicken little" and I call it "rain on the parade syndrome."

Please point to where in the president’s quote that said Panasonic will quit making all stills cameras! I can’t find it! Video emphasis does not mean stills exclusion.
C

Supporter
In a way, the Gh5II replaced not only the Gh5 but also the G9. I have two G9's and will keep using them, but I shot a lot of 4K 10 bit as well as the H265 6K (5.7 really) that is captured in the 6K still mode on the G9. The Gh5II does everything the G9 does plus all of that video stuff. I also just bought a Gh6 and while I am still testing, the focus is much better than the Gh5II or G9 for BIF. The whole article was about Panasonic focus not only on Video/Hybrid like the Gh6 but also "special" cameras which might mean Blogging cameras. But it is my bet that the Gh5 will be great for stills and video, and the Gh6 killer for everything as it is used by many documentary makers. OM is going to have to finally get really serious about video if they want to stay in the Game IMHO. If you are younger and want to work in imaging your tools even now have to be Hybrid. Look how many upgrades the Gh5/G9 had. I bet the same is in store for both the Gh5II and Gh6 (which has already had three upgrades that we promised at release. The only thing I worry about is fantastic light, my M43 gear can handle the rest.

john m flores said:
That's been my evolution as well so I'm not all that surprised.

I suspect that folks that shoot stills exclusively will become a niche, much like shooting film exclusively or black & white exclusively.

The world is changing. The art of storytelling is changing with it.
Click to expand...

John, I somehow find it hard to imagine any kind of hard copy of a video of any description, be it film or digital.

It always requires some kind of third party object to view.

I realise that those objects are almost ubiquitous in the case of video, but it is still not the same as browsing a book of photos.

In spite of the melodramatic 'death of all books' brigade's rantings, I see no evidence of that actually happening.

The internet has a long way to go in that regard also. I both financially support and contribute to Wikipedia, but the finesse that exists comparing, say, the Chambers English Dictionary with the full Oxford English Dictionary, is yet to exist in any electronic form.

And that leaves aside Doctor Johnson's Dictionary of the English Language, last published in about 1812.

I have all of the above, and the nuances of differences often holds the key to the precise meaning and derivation of a particular word.

It is such nuances that the internet lacks, for the time being at least.

Judging by our local education system, the ability to read and write is a dying concept! Very sad, because even if one exclusively uses electronic media as a source of information, it helps if one can read, spell and write.

I find it very sad that putting "newmoanya" into a search engine turns up "pneumonia". And that's an extremely common condition, and a major cause of human deaths. What it says about our greatest invention, written language, is very sad indeed.

I’ve literally already played with their next stills camera. There is still a FOCUS on them, and it’s excitingly different then the FOCUS they’ve always had. (Hint hint)

TNcasual said:
Yeah. Kodak and YI haven’t put anything out in years.
Click to expand...

Both original mu43 companies, that is.
C

Supporter
Both the Gh5II and Gh6 produce high res stills. Both shoot 6Kish videos. The Gh6 not only produces 100 mpx stills but shots 5.7 RAW (externally) from which beautiful 18 mpx stills can be extracted. The Panasonic "video centric" cameras are very good still image cameras. If you can't get an image you like from a 100 megapixel image (hand held) then nothing is going to appeal to you. The world demands video for every professional use of imaging from weddings to documentary stuff. That doesn't mean that its the end of still photography, just that tools for imaging must do stills and video extremely well, everything else is cellphone territory. People learn to image now at a young age on cell phones, that is not going to change. Take a look at DPR - it's an old perspective focused place. The change has happened and nothing is going to reverse it. Panasonic M43 and FF cameras are, IMHO, a great blend - Hybrid. I have been assimilated - my new, perhaps last camera for a long while, is a Gh6. So far I am really surprised how many reviewers have missed how to use the camera and how good it is for stills and fantastic for video.
Last edited: Nov 26, 2022

I think the GH6 didn't go over quite as well as they hoped, as the GH5 model seemed quite popular with the video group. If the G9 is a big chonky for M43, then the GH6 is definitely so. With the lens lineup they have I'd have to think that they would want to keep it alive, since those lenses probably have good margins at this point.

MountainMan79 said:
I’ve literally already played with their next stills camera. There is still a FOCUS on them, and it’s excitingly different then the FOCUS they’ve always had. (Hint hint)
Click to expand...

PDAF isn't a secret at this point, it's expected. I really hope they've done something in a hybrid to keep up with the jones'. The question is just how 'stills' oriented is it? Did they reduce the body size and do away with the fan?