Leica Russian 35mm M-Mount Summicron Clone - Anyone ever seen one?

This past summer, I hid my Leica M9 with the Lomography Jupiter J-3+ attached in my apartment before I left on a trip to Japan. I didn't want anyone to take it if they entered my apartment when I was gone.

It turns out I hid it too well. I could not find it when I got back and then I started to believe I had somehow lost it outside. I was too upset about losing it to read anything online about Leicas.

Anyway, I found it last week, and my interest in Leicas has been restored. I thought I was senile. It was hiding in plain sight. Or else it slipped in and out of a quantum dimension. So here I am back on this forum.

Here's something else I can't find. More than three decades ago I picked up a Russian-made 35mm Summicron copy at a NYC Camera Fair. It is almost impossible to find, and scarce information online, if any.

Now that I cannot find it at all, it must be even more scarce.

Here's some photos I found of one. Has anyone ever seen or tried one? Glad you found the M9!

I've never seen anything on this lens- What format is the serial number in? Does it look like a prototype?

Have you shot with it- would like to see the photos.

I believe it was a very limited production lens, or possibly just a few were made as prototypes. (I once found some short report about this lens online, but wherever I read it I can't find again. Maybe some Russian speaker can do a more thorough search on some Russian cameras sites?)

I bought it at a camera show at the Hotel Pennsylvania in NYC. This used to be a massive bi-annual show, now gone forever. The seller also had dozens of very unusual Russian military night vision devices that I had never seen before (and since). I think I bought the Russian Summicron for about $100.

No photos. I shot on film and lost the negatives years ago. If I recall properly the images were very sharp, even wide open, and might even have been better than a Wetzlar Summicron I had.

I never sold it, but have no idea where it is. Lots of things vanish. I am a de facto hoarder, I have crates of cameras and lenses. I wish I could find it.

My biggest regret at a camera show was losing a complete mint set of a Chinese Red Flag M4 Leica-copy and all the lenses. I was at another camera show, and a guy had them at a table. This was about 20 years ago. He wanted $3000, and I did not have the money on me. I've wanted one of these all my life. I asked him to hold it for me, and I raced home and got the cash assembled. When I got back to the camera show about an hour later, he was gone, and so were the camera and lenses. I've kicked myself over this constantly. (today, this set is probably worth well over $100,000 or more)
Last edited by a moderator: Mar 17, 2017

I remember reading about that camera in Pop (or Modern) Photo when it was new. Had no idea they were worth so much now.

My "one that got away" story is a Nikon F2 Titanium with DP-1T on it. My favorite salesman at Penn camera had it on hold for me "in sight", called me up- but when I got there, the manager had sold it to another customer. Dante made it up to me. I've never seen another DP-1 meter head in titanium, this one was.

The Red Flags were supposedly made at the order of Chairman Mao's wife to prove that Chinese technology was the equal of German technology. It was a very close copy of the M4 with really high quality lenses. There were less than 200 examples made, with a wide angle 35mm, a normal 50mm "Summilux", and a 90mm tele lens. They were handed out to some diplomats and special press photographers in China.

During the past decade or so, the Chinese camera collecting sites drove Chinese collectors into a frenzy about them, and there was a rush to "repatriate" all the Red Flags. The prices are now well beyond insane and it is again impossible to lay your hands on the Red Flag cameras or lenses.

I'd love to see a test of the lenses. I'm told there are some image example photos posted on Chinese websites but I have yet to find any.

Brian said:
I remember reading about that camera in Pop (or Modern) Photo when it was new. Had no idea they were worth so much now.

My "one that got away" story is a Nikon F2 Titanium with DP-1T on it. My favorite salesman at Penn camera had it on hold for me "in sight", called me up- but when I got there, the manager had sold it to another customer. Dante made it up to me. I've never seen another DP-1 meter head in titanium, this one was.
Click to expand...

M. Valdemar said:
Here's some photos I found of one. Has anyone ever seen or tried one? 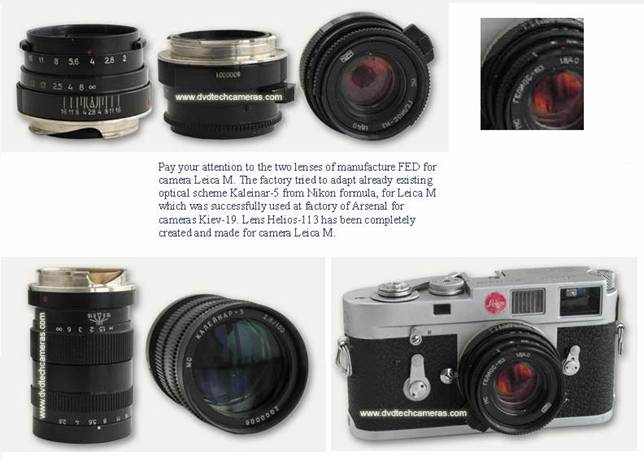 Apparently, the DVD Technik guys should know more about it?

I found the picture here: Fed

Thanks very much. A translation is what I needed. Googling "Helios 113" brings up a wealth of information:

I wasn't surprised so much because I'm sure I've seen it previously, not in person, but very likely in a Westlicht auction catalogue …

Mine is probably buried somewhere in a pile of rubble in my office. Cleaning my desk or closets is like doing an archeological dig. I find things I haven't seen for decades.

I know the feeling.

I found my Brass Nikon Belt Buckle, not seen since 1985 or so. Went on a huge basement cleaning. Imagine your house with a 1500 sqft basement.
A 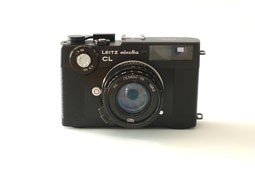 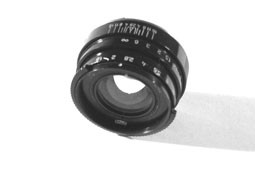 Subscribe to see EXIF info for this image (if available)
Hello everybody
I am the happy owner of a Helios 113 1,8/40.
I think that it is actually a copy of M-Rokkor 40 1:2, more than a copy of 40 Summicron ( the focusing tab is almost identical).
I bought it some fifteen ago or so and curiosly enough it didn´t focus properly, so it needed some work by a fellow here in Porto, and after some try and error we got the right washer and now it focus allright. Optically it compares one step lower than Minolta Rokkor or Summicron but is a nice lens.
My sample is obviusly a prototype, as its serial number 0000004 (!) shows and may be that´s the reason for it´s wrong behavior.
Best regards
Antonio Madureira

I would like to see some images from this unique lens.

Thankyou, and welcome to Leicaplace.
A

I would like to see some images from this unique lens.


Here are some shots from helios 113
Best regards
Antonio
Click to expand...

Thankyou- I will be keeping an eye open for more about this lens. The Minolta lenses are first rate; my opinion- the 40/1.7 lens on the Minolta Hi-Matic E would have been great in M-Mount.

Thanks to everyone, especially amad, for the interesting info on this lens. I wish I could find mine!!!

(it will probably turn up when I least expect it, hopefully before I drop dead)

We had the interior of the House painted this past Winter.

I found a couple of boxes of cameras that had been forgotten about...

Brian said:
I found a couple of boxes of cameras that had been forgotten about...
Click to expand...

I live in an apartment in Manhattan. My whole apartment is a box of cameras I have forgotten about.