Samsung NX, despite being the very first mirrorless system using APS-C sized sensors, remains pretty much obscure. This is a shame, really, because in terms of lens availability and quality it's better than Sony NEX, although recent lenses by Sigma and Zeiss have made life a lot easier for NEX shooters

. Samsung NX 60mm ƒ/2.8 Macro ED OIS SSA is a fine example of a very high quality lens which is unique for Samsung NX — Sony NEX doesn't have anything that can even come close to this lens. 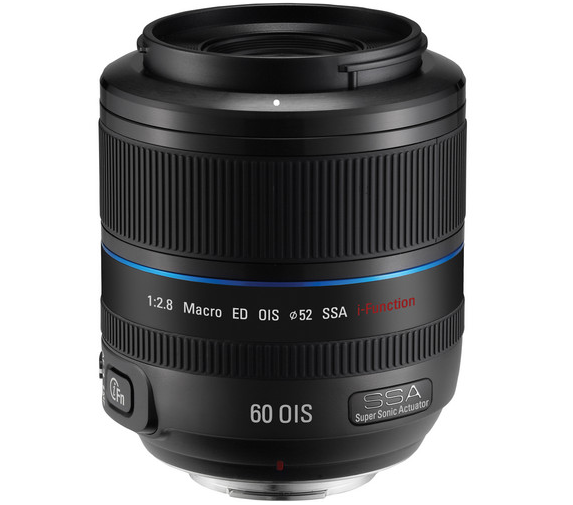 Mirrorless system cameras are usually associated with small size, but make no mistake — Samsung NX 60mm Macro is a pretty big lens. It's about as big as Nikon 60mm f/2.8 AF-D Micro-Nikkor and looks slightly disproportional on smaller bodies. However, compared to the Nikon lens, Samsung NX 60mm has a number of features, including focusing motor and image stabilizer, that probably make it bigger than it could be.

The build quality of Samsung NX 60mm Macro is very good. The lens barrel is made of high-quality plastics and the mount is metal.

The lens features a focus limiter switch. When it's not engaged, the lens will focus all the way from its min. focusing distance (19cm) to infinity. When the limiter is on, the lens will focus from 0.5m to infinity. AF speed with the limiter engaged is very good, but without the limiter it takes a rather long time to find focus. For general shooting it's better to keep the focus limiter on, disabling it only when you need to take a macro shot. Overall the implementation of focus limiter is not very good: I'd like to see at least three positions (0.19m to 0.5m, 0.5m to infinity and OFF), but it seems Samsung NX shooters have to be happy with what they have.

In addition to broad and grippy focusing ring, the lens is also equipped with the so-called "i-Function" ring and button. i-Function is a common feature of Samsung NX system that allows users to change certain shooting parameters using the ring on the lens instead of on-camera controls. In my opinion, it's nothing more than a gimmick.

Samsung NX 60mm Macro is equipped with OIS (Optical Image Stabilization) which seems to be effective at normal working distances, but not when shooting macro.

When shooting with this lens together with Samsung NX200, I found AF accuracy to be a bit hit or miss, especially near the MFD. With NX20 and later cameras, AF accuracy was just fine.

No complaints here. The lens is sharp and contrasty even wide open and gets bitingly sharp stopped down one stop.

This 100% crop at ƒ/2.8 shows that the lens has no problem resolving fine detail, such as hair, wide open: 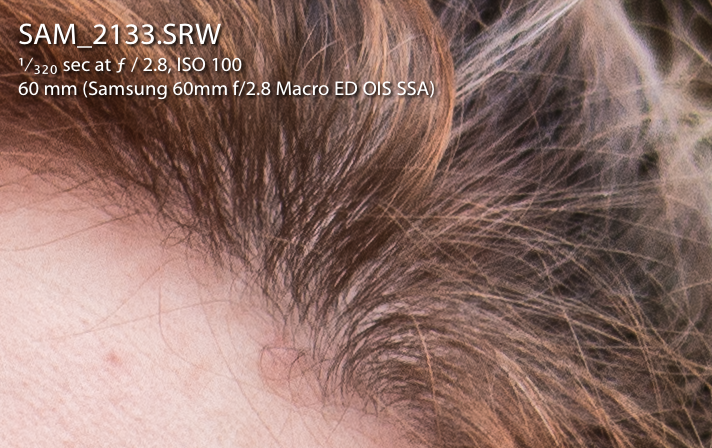 This 100% crop at ƒ/4 shows that Samsung NX 60mm Macro is probably too sharp for portraits when stopped down: The rendering of out-of-focus areas is very attractive; when shooting at close distances, backgrounds are completely obliterated: 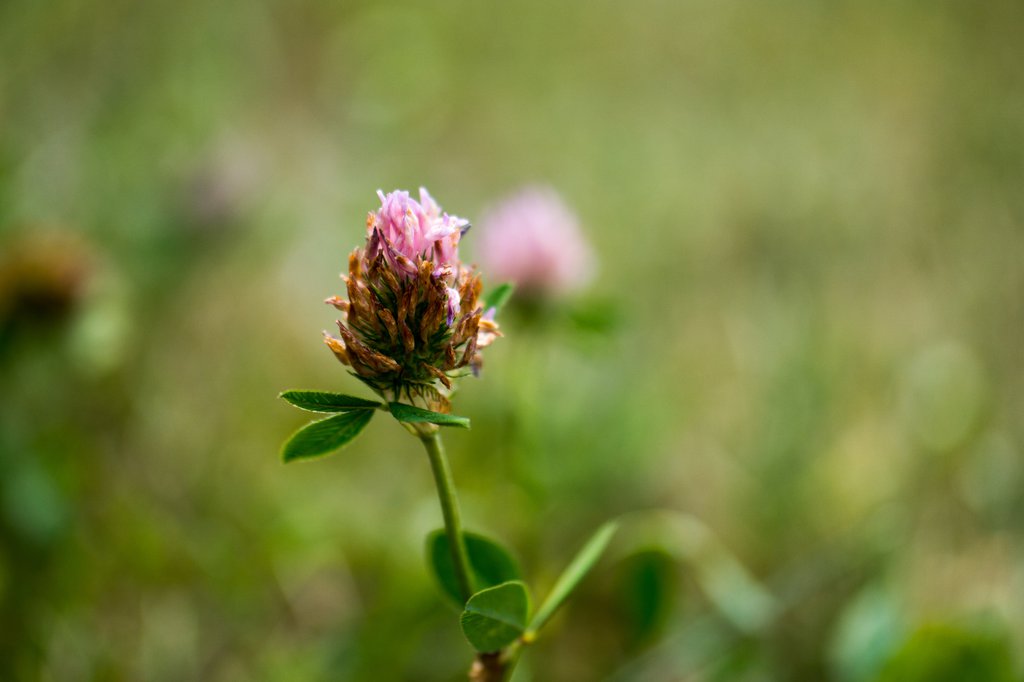 When shooting at portrait distances, bokeh takes on a lovely "swirly" character which I find rather appealing: At ƒ/2.8–ƒ/4 the lens displays prominent spherochromatism (color fringes around very contrasty out-of-focus areas), but at ƒ/5.6 it's no longer a problem. There is also a bit of vignetting wide open, but it significantly diminishes by ƒ/4 and goes away by ƒ/5.6.

This is a very good lens, period. I see it as a double-duty item which can be used both as a very capable macro and as a portrait lens. In my opinion, it is every bit as good as Panasonic Leica 45mm f/2.8 Macro for Micro 4/3 (and as a portrait lens it's even better because of shallower DOF and more pleasant bokeh) and its price ($499) is significantly lower. Overall I can highly recommend this lens to all users of Samsung NX system. The two downsides I can think of are rather sloppy implementation of focus limiter and the size of the lens, but neither is a deal-breaker. 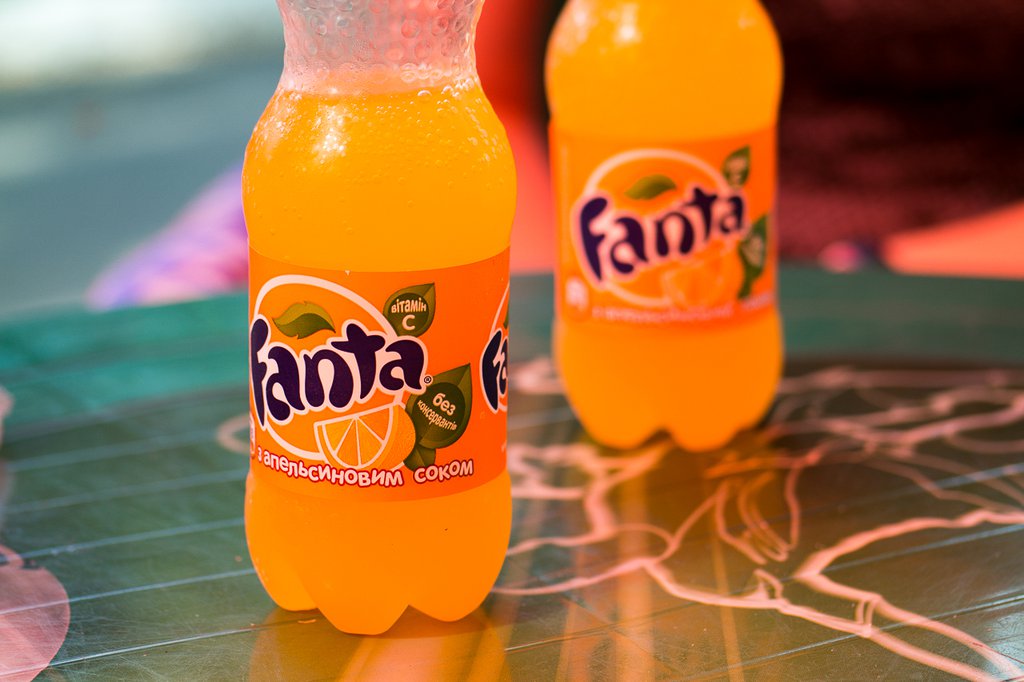 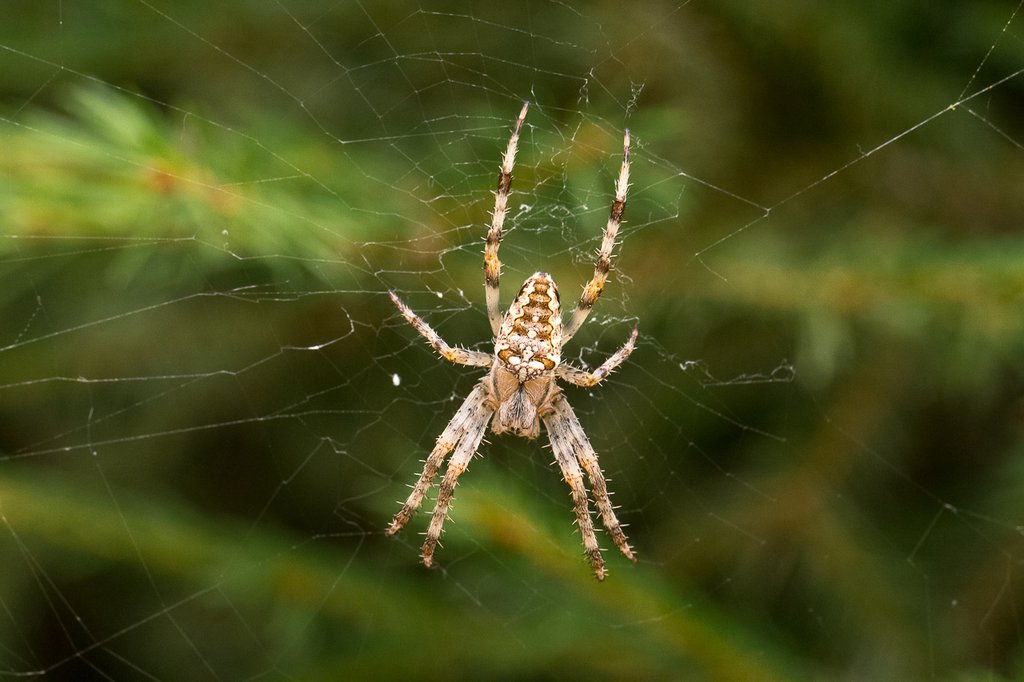 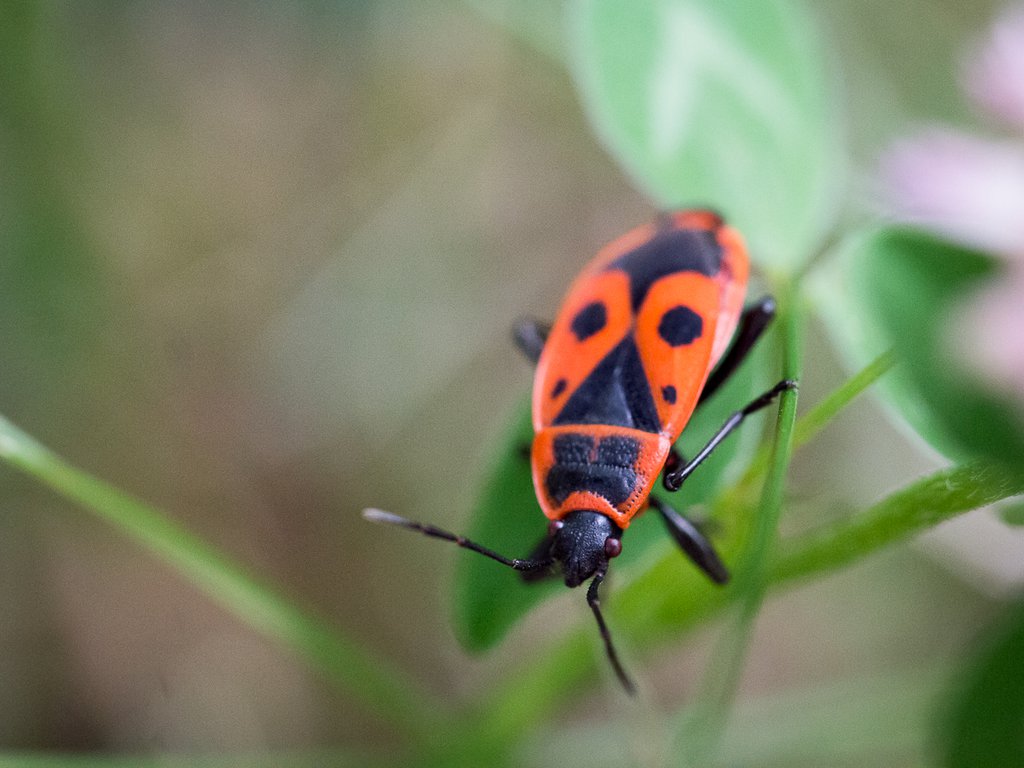 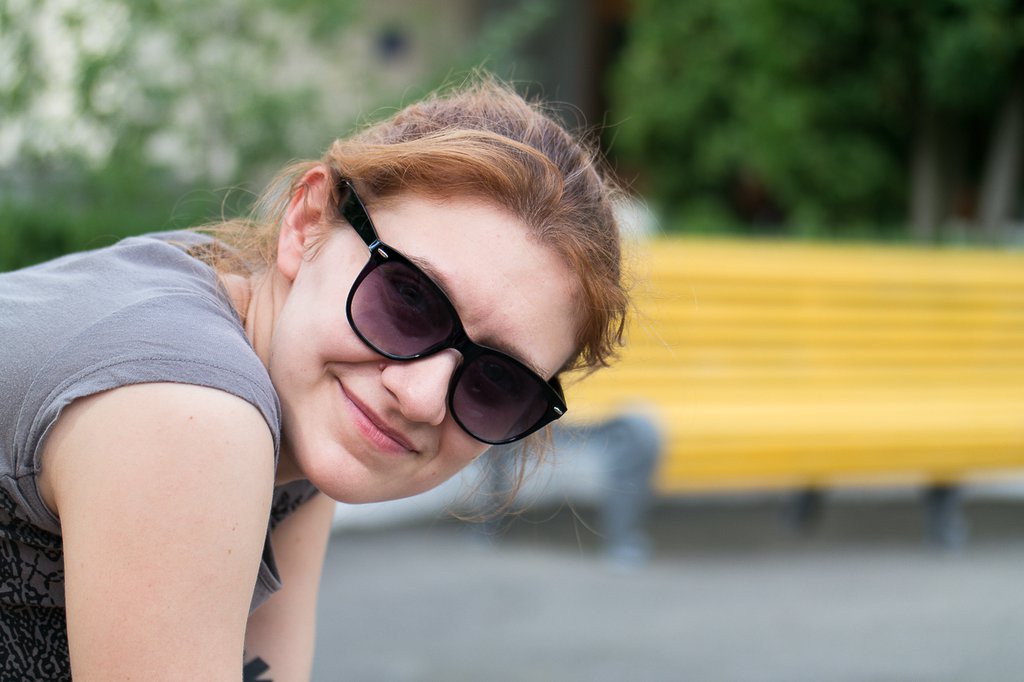 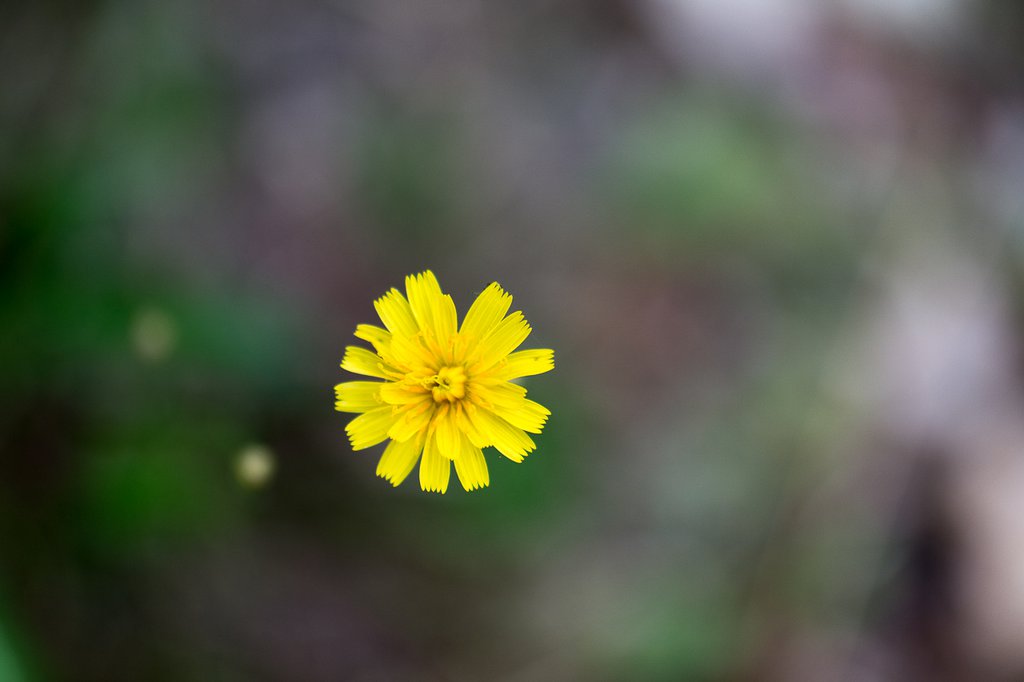 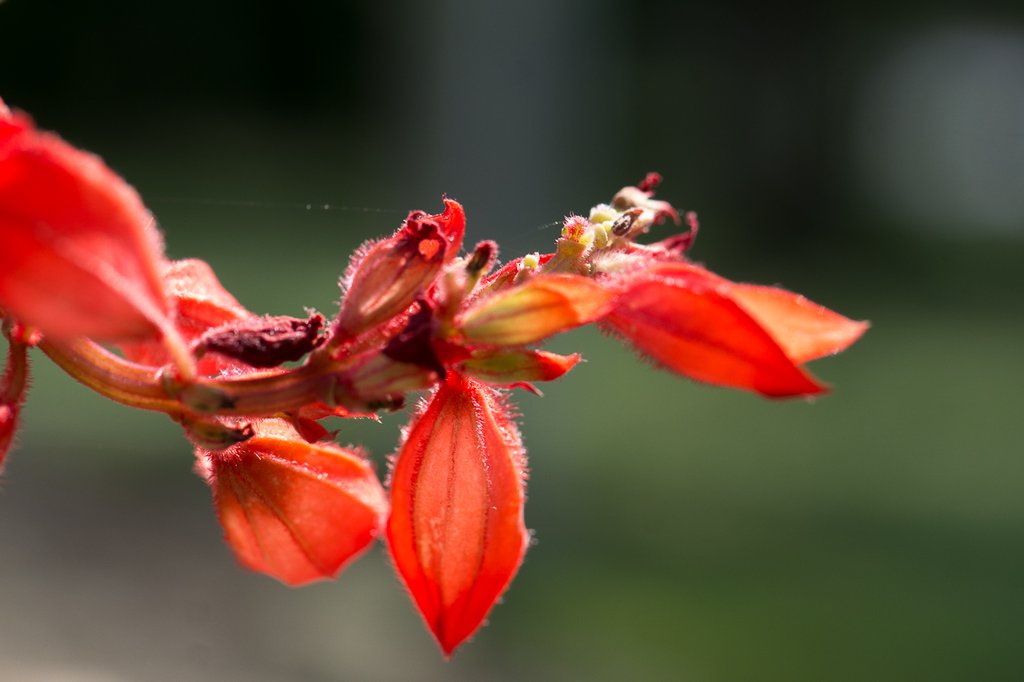 Thanks for the review, Pavel. Beautiful images!

stratokaster said:
Samsung NX, despite being the very first mirrorless system using APS-C sized sensors, remains pretty much obscure. This is a shame, really, because in terms of available lenses (and of their optical quality) it literally rips Sony NEX apart.
Click to expand...

Nice images. I'm sure the Samsung 60mm is a great lens, but I have to tell you, you lose most of your credibility wth what I've bolded from your post. If you are going to make such a strong statement please provide more info, a lot more. Your thoughts about one Samsung lens hardly paint a complete picture.

demiro said:
Nice images. I'm sure the Samsung 60mm is a great lens, but I have to tell you, you lose most of your credibility wth what I've bolded from your post. If you are going to make such a strong statement please provide more info, a lot more. Your thoughts about one Samsung lens hardly paint a complete picture.
Click to expand...

Thanks for your feedback, I agree that this statement is probably too strong and I have altered my original post.

I was mainly thinking about lenses produced by Sony and Samsung.

I didn't include kit zooms in this comparison because they are what they are — just kit lenses.

Unfortunately, I have tried all Sony lenses, and their 16mm, 20mm and 30mm lenses are noticeably worse than their Samsung counterparts. 55-210 is of comparable optical quality, but it is slower throughout the range (Samsung tele-zoom remains an f/4.5 lens until 110mm). 35mm f/1.8 is on par with Samsung 30mm f/2. And the only Sony lens which is definitely better than its Samsung counterpart is 18-200mm f/3.5-6.3, because Samsung 18-200 is probably the worst lens I have ever seen. It was so bad that after testing I returned it without writing a review.

Zeiss 24mm is a great lens, but for its price it's possible to buy almost the whole Samsung prime line-up.

Now don't misunderstand me, I'm not against the NEX — it actually has its strong points, such as sensor performance and flash system which in the case of Samsung is virtually non-existent. I just think that Samsung lenses are both significantly cheaper and better, which is VERY surprising given the fact that Sony has a bunch of Minolta engineers working on their glass...
Z

So, what you're trying to say is that you're partial to Sony. It's ok, embrace it.

Thanks for the review (being serious).

Nice review! No surprise to read that the lens is excellent, as most Samsung NX lenses have been. I've been very close to buying an NX camera several times...

Now, if I could screw up any interest in either the system or macro shooting, I'd be all over it! I think my LX7 is my macro lens and it never gets used, though, so I'm a poor candidate for this lens....

I found the Olympus 60mm macro a lot more fun to use than the Fuji 60mm macro(ish). My favorite macro lens is a Canon FD 200mm f4 though. BTW Ray, I think I read somewhere that Samsung does indeed make cameras.

A prime lens at this focal length is a non-starter for me, but the NX300 is still looking mighty tasty. Hopefully the entire NX line doesn't go all Galaxy.

Luckypenguin said:
A prime lens at this focal length is a non-starter for me, but the NX300 is still looking mighty tasty. Hopefully the entire NX line doesn't go all Galaxy.
Click to expand...