Most folks speak of the need for Fuji to slim down their offerings, and I do agree with that. However, with Olympus gone and Panasonic showing little further interest in mu43 for photography, it appears that APS-C will be the small ILC sensor. Having been on the MU43 forum for many years, I know that many there said they liked Fuji's approach but didn't like the look of the X-Trans sensor. Should Fuji make a Bayer version of an existing midrange camera to collect what buys they can as the market shrinks? To be clear, I'm talking, for example, of a Bayer version of the X-S10.

I’d like to see it, as I’ve liked the images I’ve seen from those Bayer sensor cameras. It’s not that I don’t like X-Trans (I have and X100T), but I don’t love it - particularly editing the files. Again, not terrible, just think a standard bayer like all the other main manufacturers would be better. I don’t feel X-Trans really adds any value.

And perhaps it could help them reduce some of their engineering costs, making their pricing more competitive in the shrinking camera market?

I think foveon sensors are still highly lacking in high iso performance. Which keep them from being competitive and mainstream.

I actually like the X-Trans sensor (yeah I know, I'm the only one right?). I don't spend all day taking pictures of foliage but I do get software to revolve around my gear, not the other way round. There are certain cameras/ systems that are different to the rest, like any CCD or Foveon sensored camera, early Nikon DSLRs and Ricoh GR/GRII models. X-Trans fits perfectly into that category. Alternatively, everything would just be the same as per the mainstream and the alternative options in that regard are plentiful. So in answer to the question, then, er, I guess that's a no from me then!
Last edited: Dec 5, 2020

It’s a hard call. X-Trans makes nice jpegs. One thing I’ve learned to do is to sharpen my files in camera. ACR handles the jpgs for everything else pretty well. Foliage is a lot better than it used to be, but it’s a tough thing to do badly if you want to sell to a bigger market. I read an article once that made a lot of sense about why Fuji didn’t make more of an effort to help users work with their raw files. The point was that, being a film company, they really want you to work with their JPEG files and leave the “developing” of the raw files to them. Hence, all the film simulations that are included in their cameras. Many professionals want to be able to control everything at the raw file level, so Fuji is hard for them. On the other hand, I think the bulk of the market is actually the enthusiast segment so Fuji could continue catering mostly to them. Just my humble opinion of course.

mike3996 said:
Maybe skip both Bayer and X-Trans and go directly to Foveon
Click to expand...

Heck yes! I want to see more Foveon cameras! What I really want is for Cosina to pull off a digital rangefinder with a Foveon sensor. I'd murder someone for that. /derail

I'm a JPEG only photographer about 99% of the time, and usually when I need something more, I just do an in-camera raw conversion. Since both cameras I use are Fuji, that works well for me. I have RawTherapee on my computer, but I've used it very little over the past couple of years.
D

Make an X-ProM. A fully Monochrome sensor version of the X-Pro camera line. Leica Monochrome bodies sell OK even though they cost an arm and a leg - with the lenses costing even more in some cases.

A Fuji rangefinder style body set up for Monochrome only would be worth it.

Well, Fuji already makes entry-level cameras with Bayer sensor arrays. An X-S10 with one might be interesting. And an X100V with one would be even more interesting.
M

If the feature set was exactly the same and the bayer sensored version was cheaper I’d likely try it. I like the XTrans output and I’m pretty sure I’d like their Bayered output as well.

That said I think the X-S10 is a winner and very reasonably priced.

mnhoj said:
If the feature set was exactly the same and the bayer sensored version was cheaper I’d likely try it. I like the XTrans output and I’m pretty sure I’d like their Bayered output as well.

That said I think the X-S10 is a winner and very reasonably priced.
Click to expand...

The real problem is that in a fight between Bayer and XTrans some of you folks are not going to like who the winner will be.

mike3996 said:
The real problem is that in a fight between Bayer and XTrans some of you folks are not going to like who the winner will be.
Click to expand...

I'm cool with either. X-Trans works for me because I usually don't have to shoot raw when I'm using a Fuji. If I do shoot raw, Capture One works fine.

To keep the price under a grand. If they offered a Bayer-sensored X100 that's otherwise identifcal to the V I might still be interested. But if they used the guts of the X-T200 - which are still pretty good - and even left off the rear tilt-screen, I'd still jump on it it at $800-900.
M

That and taking out the OVF would probably secure the price.
And make a version with a 35mm F2.

Biro said:
To keep the price under a grand. If they offered a Bayer-sensored X100 that's otherwise identifcal to the V I might still be interested. But if they used the guts of the X-T200 - which are still pretty good - and even left off the rear tilt-screen, I'd still jump on it it at $800-900.
Click to expand...

Just curious. I know that camera has a Bayer sensor but I've never heard much about it.

drd1135 said:
Just curious. I know that camera has a Bayer sensor but I've never heard much about it.
Click to expand... 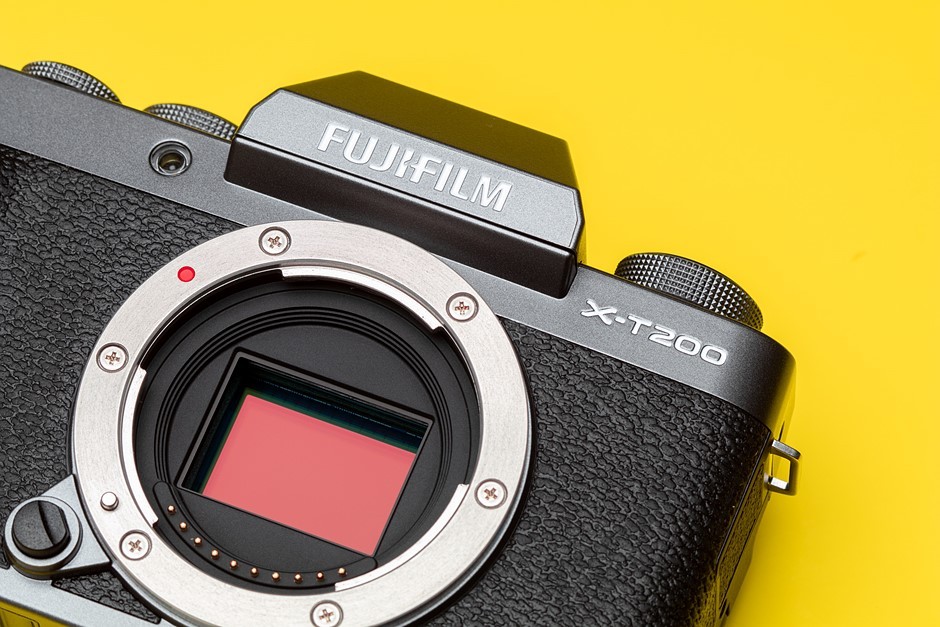 The Fujifilm X-T200 is a low-priced mirrorless camera with a stunning 3.5" display, easy-to-use touch interface, oversampled 4K video and the classic design X-series cameras are known for. Dive into our review to see how it ranks against its peers.

As far as I'm concerned, they might as well put Bayer sensors in all bodies.

I don't believe there's much IQ difference either way. When they just started Xtrans, they offered less moiré, with the downside of muddy or crunchy fine details in certain color ranges (muddy skin tones, crumchy grass). As time went on, Fuji and several raw developer software both improved the demosaicing to reduce the muddy / crunchy details. At the same time, Bayer sensor manufacturers used the general trend towards higher res sensors to reduce moiré despite removing anti aliasing filters, which reduced the downside of and Bayer. Hence as of 2020, I don't believe there's a significant IQ difference either way.

However, Bayer simply plays nicer with more raw developers, so that pleads in favor of Bayer. And Fuji knows how to get amazing jpegs out of Bayer sensors, just look at the original X100, which many still rate as the most pleasing jpegs of the X100 series. So Fuji doesn't need Xtrans to get good jpegs.

I believe right now Xtrans has more marketing benefit - dare to be different - than IQ benefit, hence they will probably keep using it on their higher end non-medium format models (funny side note: the GFX 100S, with its Bayer sensor, has almost exactly the same size pixels as the XT3).
Last edited: Dec 8, 2020