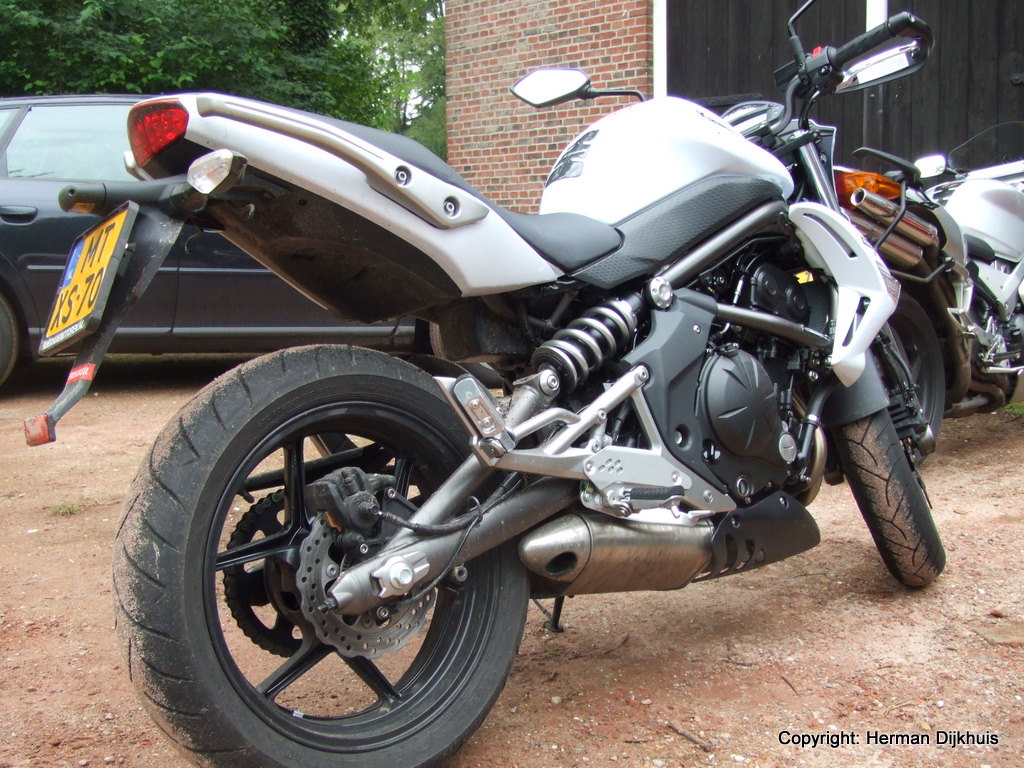 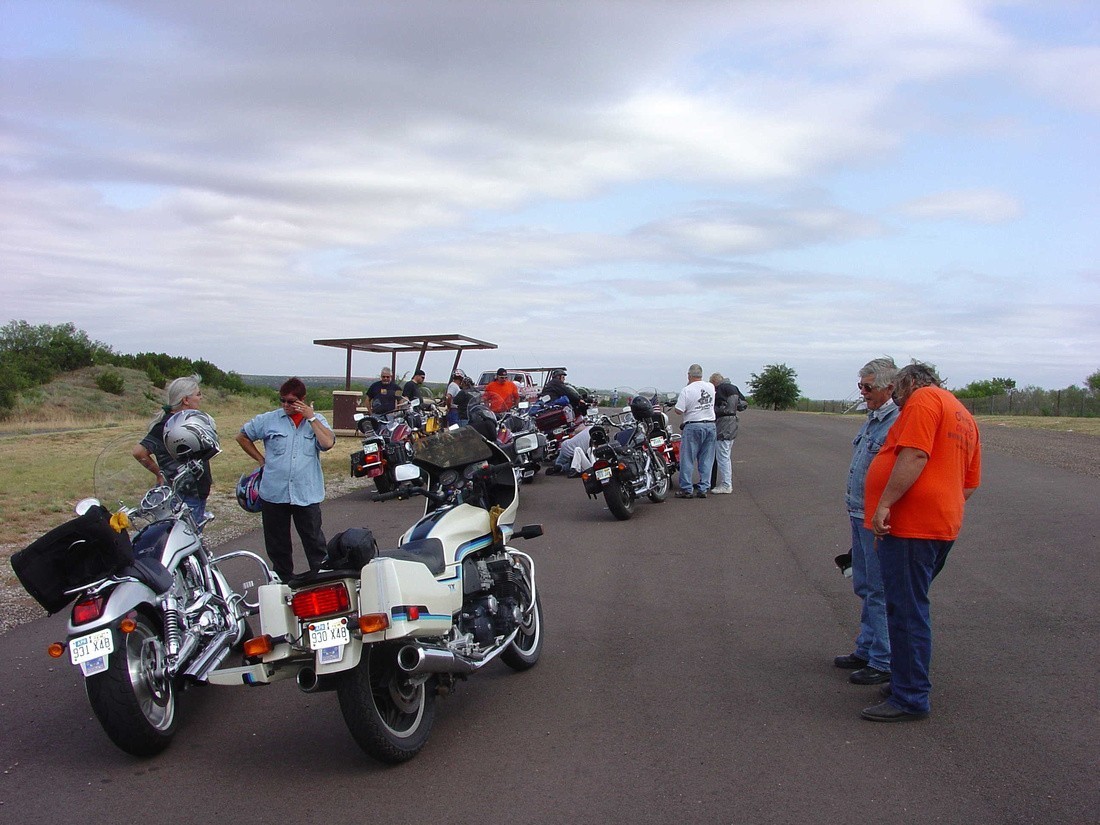 Took this pic a few years ago at a motorcycle run up at Childress Texas. The two men are just puzzled by what the heck kind of motorcycle it that.

Took this pic of my wife's bike right after I unloaded it. Used the HDR setting, I believe it was level three for the image. The camera takes at least three shots and puts them together for a higher definition pic. 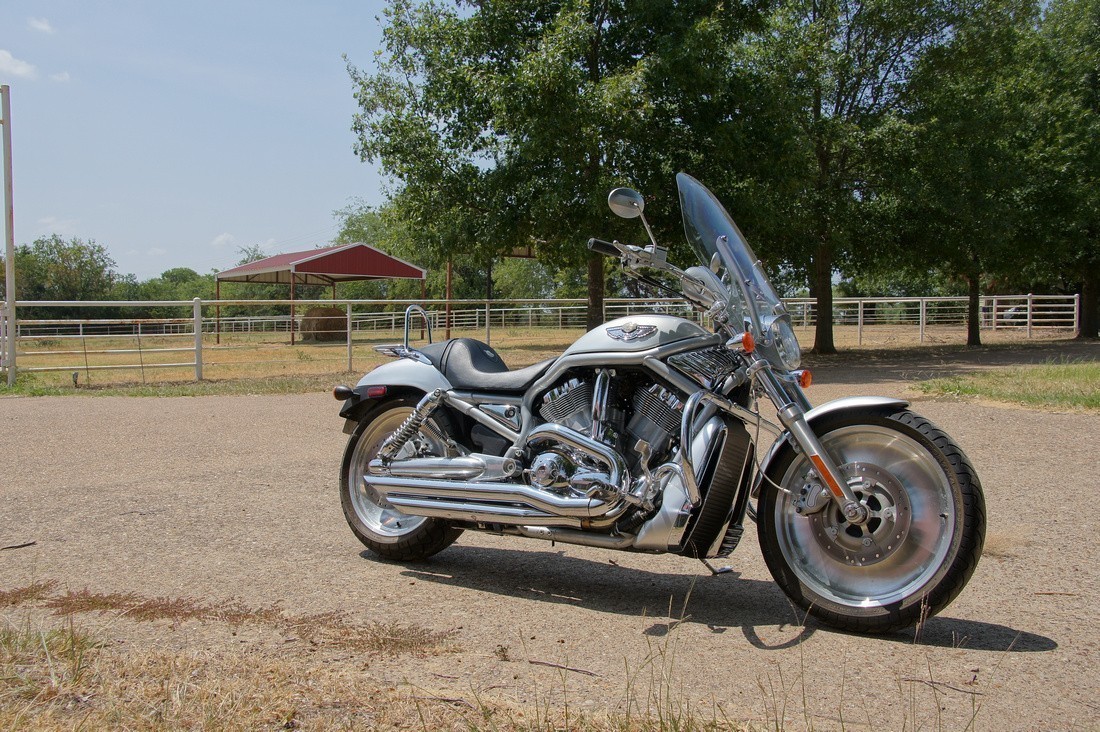 Hi Rickie, is this a HD? Looks fabulous! Great bike.

By the way, I forgot to mention the camera in that SNL video - now that was a compact camera.

Yes Herman It's a 2003 Harley Davidson V-Rod, made in America, but the first made with entirely metric fasteners. I believe the engine is around 1130cc, double over head cams, four valves per cylinder. I makes about 110 HP, but with those loud pipes and the computer set properly, I figure it to be making at least 120. It's so fast, it hits the rev limiter faster than I can shift it. It will outrun my old 82 CBX which has six cylinders, 24 valves and six carbs, so bad, it's embarrassing. Ah but the sweet music of the Honda's inline six is nicer IMHO.

That camera in the SNL video is indeed small and I bet the pictures were too!

I personally have never been a biker, but respect a great looking, sounding bike.

Awesome bikes! Will try to dig out one of my old bikes
A

Late to the party on this, but that is one nice looking CBX. They have such a sweet exhaust sound.

I don't ride anymore, but here is my VX800 with my friend's XS1100 Midnight Special, circa 1998. We decided to ride up to Tahoe while our wives went up in the Suburban. Wound up getting snowed in and had leave the bikes in Tahoe for a month. 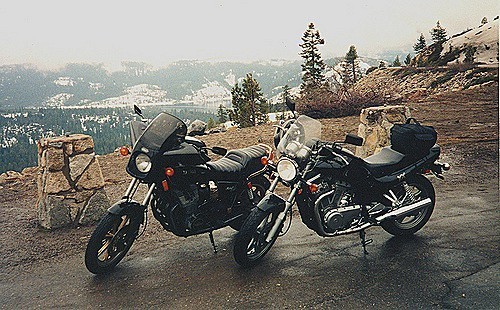 Canon The greatest show off earth . . .