This photograph continues my social history project documenting both the mundane and the interesting in the City of Fremantle and surrounding areas through the medium of Waymarking - A scavenger hunt for unique and interesting locations in the world.

The Victoria Hall is a very fine example of the Victorian Academic Classical style and the decorative elements of its stuccoed facade are aesthetically valued by the community.

The choice of the Victorian Academic Classical style for an Anglican parish hall is indicative of the prominence of the church at this time and the importance of the social role that the church played in the lives of the Fremantle community. The renaming of the building from St John's Parish Hall to Victoria Hall indicates the importance in Western Australia of the diamond jubilee of Queen Victoria in 1897.

Victoria Hall is associated with Archdeacon Watkins of St John's Church, Fremantle. Watkins was responsible for a number of major building projects for the Perth Diocesan Trustees of the Church of England including the new St John's Church (1882), ten cottages in Cantonment Street and the parish hall (Victoria Hall). Victoria Hall is also associated with prominent Perth architect John Talbot Hobbs who was responsible for the design of many notable buildings in both Perth and Fremantle during the gold rush era. These include Samson House (1888), The Weld Club (1892), Newspaper House (1895), St George’s Hall (1895-6), and Moir’s Chambers (1896). This photograph continues my social history project documenting both the mundane and the interesting in the City of Fremantle and surrounding areas through the medium of Waymarking - A scavenger hunt for unique and interesting locations in the world.

Dome Café is a Western Australia chain of cafes serving "coffee" to the masses. It is Western Australia's version of Starbucks I guess, not quite down there with Gloria Jeans but not far off.

I find it interesting that it is here and apparently doing well in a city known for its amazing little boutique coffee shops. So much choice for good quality coffee, I wonder why one would go to a Dome. Okay I might be a bit of a coffee snob

Oh a positive note, the building is a historically listed one, the Evan Davies Building which was formerly the Literary Institute. The Western Australian Heritage Council describe the building thus:

"Evan Davies Building (Former Literary Institute) 13 South Terrace, a brick, render and iron two storey commercial building constructed in 1899 in the Federation Academic Classical style of Architecture, has architectural significance for the quality of its design and style. The building makes a strong contribution to the South Terrace streetscape. In its relationship with neighbouring buildings, the Evan Davies Building demonstrates the confident character of the gold boom architecture for which Fremantle is renown. The building has historic and social significance as a demonstration of the shift in responsibility for educational and cultural activities; as its activities altered from being privately sponsored to being the responsibility of (local and state) government." This photograph continues my social history project documenting both the mundane and the interesting in the City of Fremantle and surrounding areas through the medium of Waymarking. See Fremantle Town Clock—Fremantle, Western Australia, Australia. - Town Clocks on Waymarking.com for the related waymark.

The Fremantle Town Hall is a two storey stuccoed brick and stone building in the Victorian Free Classical style, designed by Grainger and D'Ebro. It is triangular in shape, and sited at the junction of William and High Streets, overlooking St. John's (formerly King's) Square. A prominent feature is the 90 feet high clock tower at the apex of the plan, the focus of this photo.

The Town Hall was opened on the 22nd June, 1887, to coincide with the celebration of Queen Victoria's Golden Jubilee. A grand opening ceremony was held, followed by a day of sport and a grand ball in the evening.10 On the following evening there was a children's fancy dress ball, which was marred by the murder of Councillor Snook by William Conroy, landlord of the Victoria Hotel. Subsequently, Conroy was hung at Perth Gaol, the last person to do so.

To learn more about the history of the Fremantle Town Hall I encourage you visit the Heritage Council link below.

The most recent history in the life of the Fremantle Town Hall as seen its restoration in 2017 at a cost of some $3.1 million. This photo was taken after the completion of the restoration. 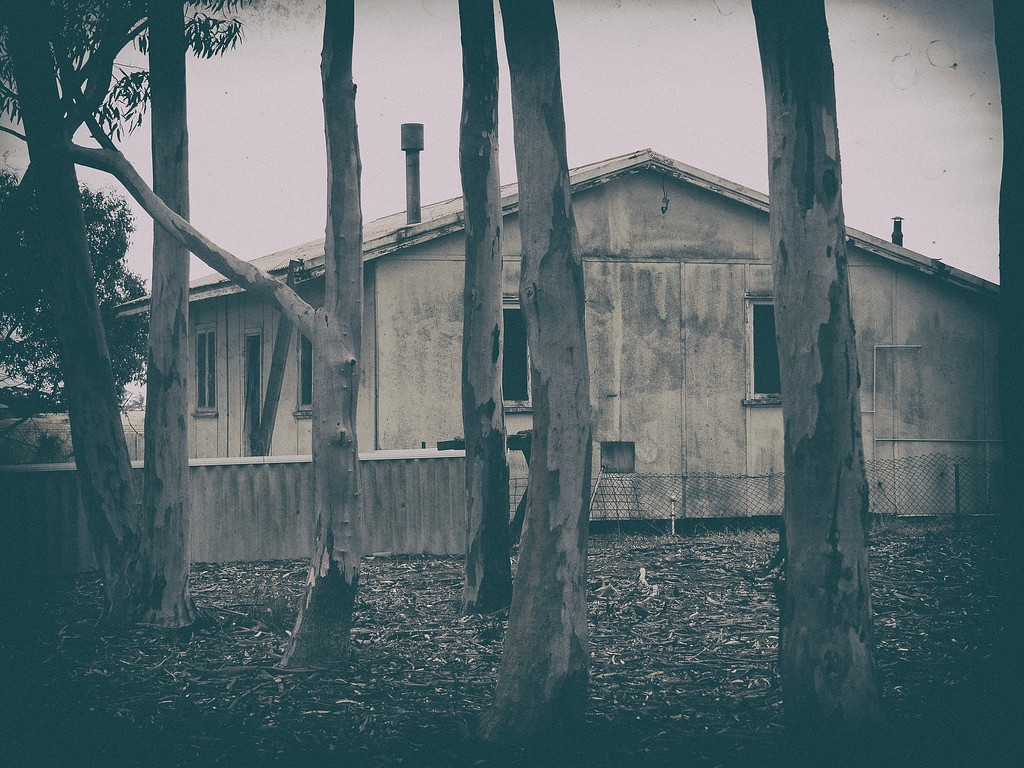 Day 3: Esperance to Albany: The Unconventional Ride. 750 km in 10 days. This abandon property on the corner of Sears Road and the South Coast Highway caught my attention so a short break from riding to take in my other passion, photography. Farmhouse in Herefordshire under the care ofthe National Trust... Subscribe to see EXIF info for this image (if available)
Last edited: Jan 13, 2018 The Albany Post Office (former), Stirling Terrace, Albany, WA, Australia is now the home to the Albany Centre, the Albany campus of the University of Western Australia.

“The Old Post Office is an imposing brick and tile building prominently located in Stirling Terrace. It was built in two stages as offices for state government departments.

The first stage was designed by architect James Manning and used local materials. Construction began in 1867 and the building was occupied by December 1869. Building materials included granite from Mount Clarence, lime for cement from Limeburners Creek and sheoak shingles for roofing from the King River and Kalgan River areas. The building was originally used for a Court Room, Local Government Offices, Post Office, Customs on the second floor and a bonded warehouse on the bottom floor.

In 1895, a tower designed by architect George Temple Poole was added. Construction of the tower was undertaken by contractors Tighe Brothers for a cost of £4500. Local architect Francis Bird supervised the project. Of particular note was the use of Sydney bluestone for the steps of the circular stairway.

As an extension of its role in communications the building was used as the base station of the inter-colonial telegraph of 1875, linking Western Australia with Adelaide and therefore with the rest of the world.” The WV Capitol Building from way across the river. Designed in the 1920s by Cass Gilbert. Quite a bit of gold leaf on the dome, fully cleaned and restored in the past few years. Lots of nice ones so far.
Here's one from the daughter's bedroom.
Keep Eager
JH